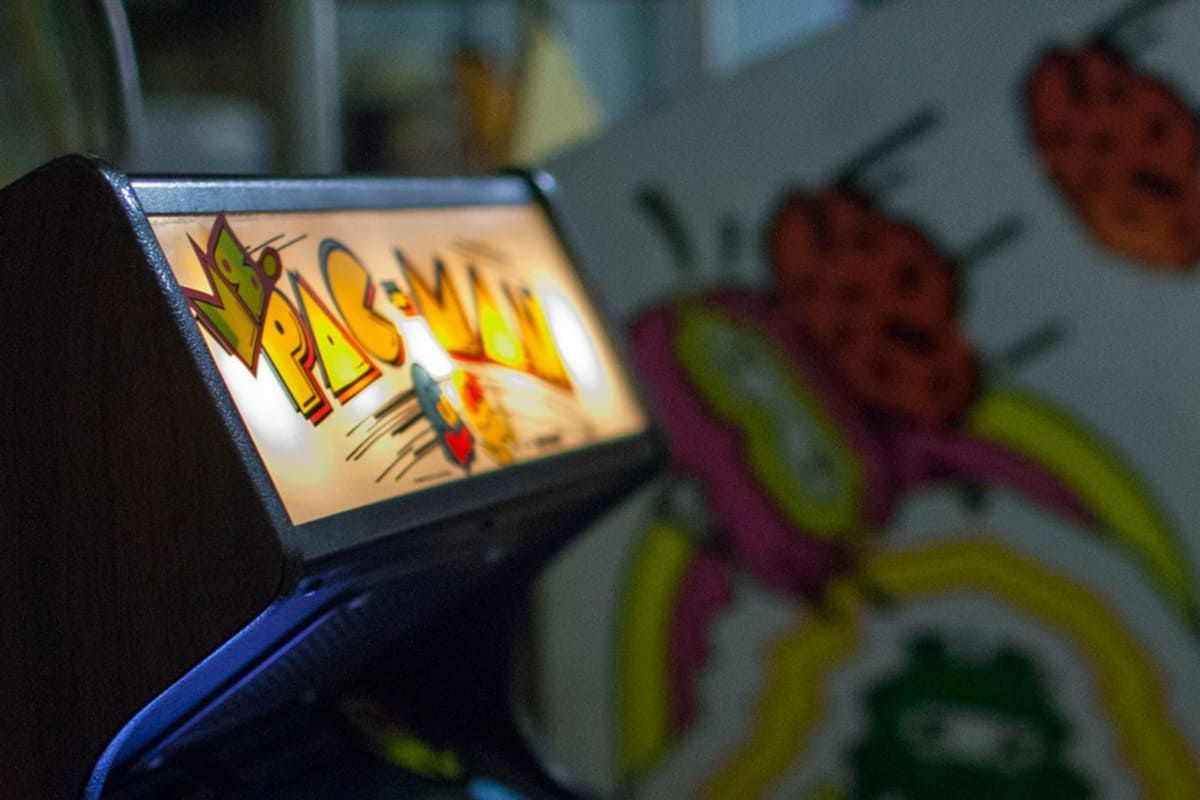 “It’s a totally ridiculous, impractical idea, which is why we were drawn to it,” says Bit Fest co-organizer Rob Hall as he describes “moving literally tons of fun” for the sake of a single event. “The machines are 200, 300 pounds each. We thought it would be fun to turn [a brewery] into a pop-up arcade.” 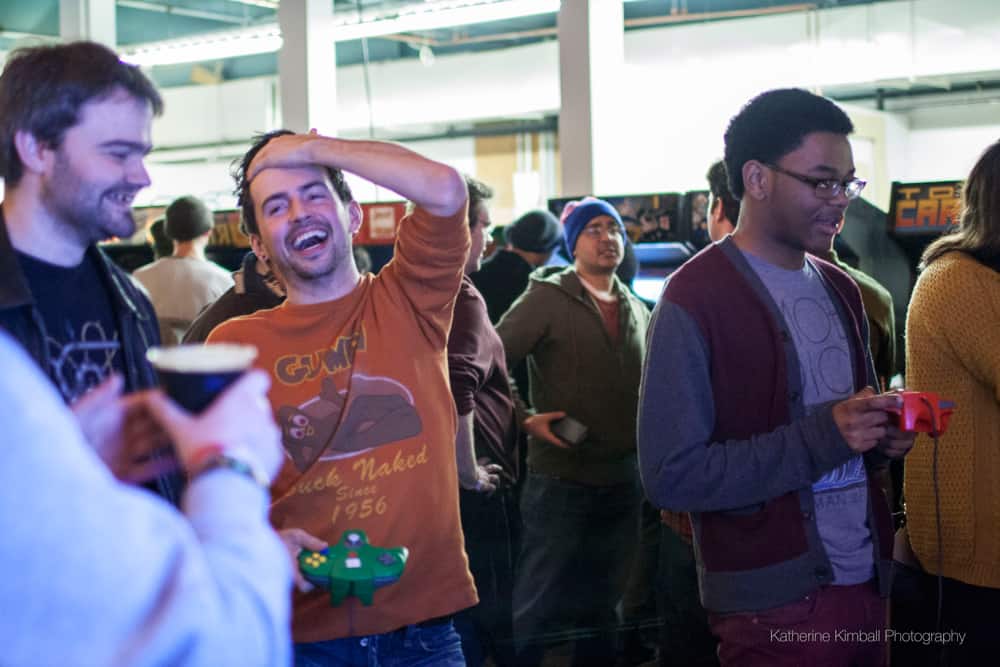 Bit Fest is a series of events that grew out of Boston Retro Gamers — a Facebook group that Hall established — and its members’ classic arcade cabinet and vintage console game collections. Other co-organizers include Joshua Allen, a master electronics repair technician who is the group’s lynchpin for acquiring and restoring classic game hardware, and Andrew Wiley, the proprietor of a Somerville vintage shop, as well as Gideon Coltof and Max Clark.

Inspired by the reimagining of the arcade as 21+ bar in other cities (particularly the recent opening of Portland, Maine’s Arcadia National Bar), Hall and his friends have been organizing forays into video gaming’s past in unlikely spaces, such as a hair salon in the South End, prolifically since last December. 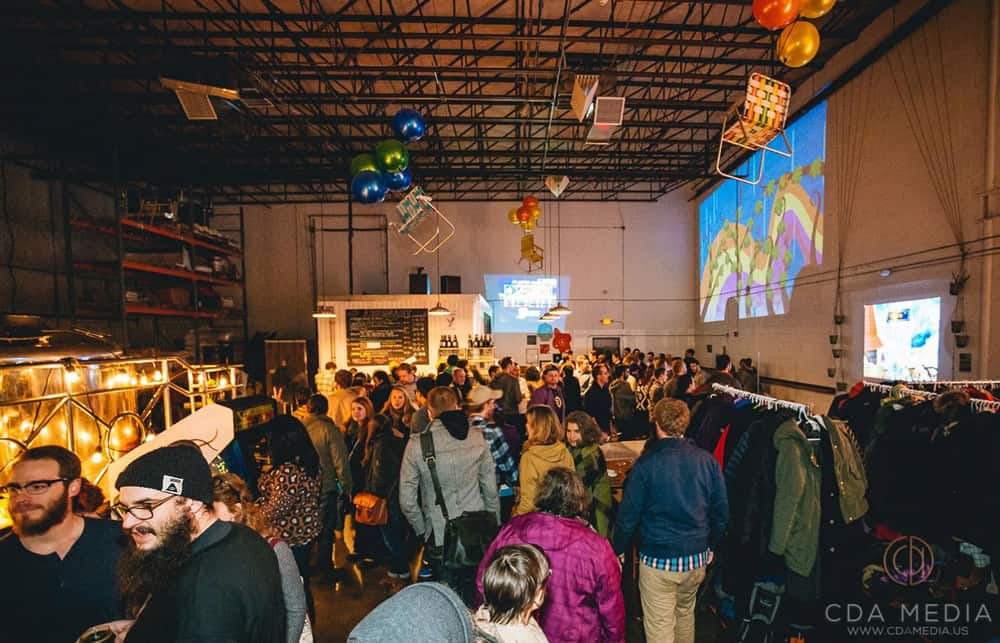 Their next event, on June 4 and 5, will be at Night Shift Brewing in Everett, Massachusetts. Like their previous festivals at Aeronaut Brewing in Somerville, it will include nerdy craft vendors, low-key competitions, recent multiplayer indie games, and local craft beer. “There are conversation pieces and natural shared experiences, and you find yourself breaking into conversation with people about all sorts of things, the games being a catalyst for that. The beer doesn’t hurt that, either.”

Playing arcade games of the early ‘80s provides a glimpse into a very different era of game design, and into the genealogy of an aesthetic that’s invaded the current moment. “Each game was its self-contained experience,” Hall says. “The control schemes were all novel. The side art and the marquee and the control-panel art — it was all custom made and unique.” Even for the uninitiated, the original four-axis Pac Man joystick “just feels right.” 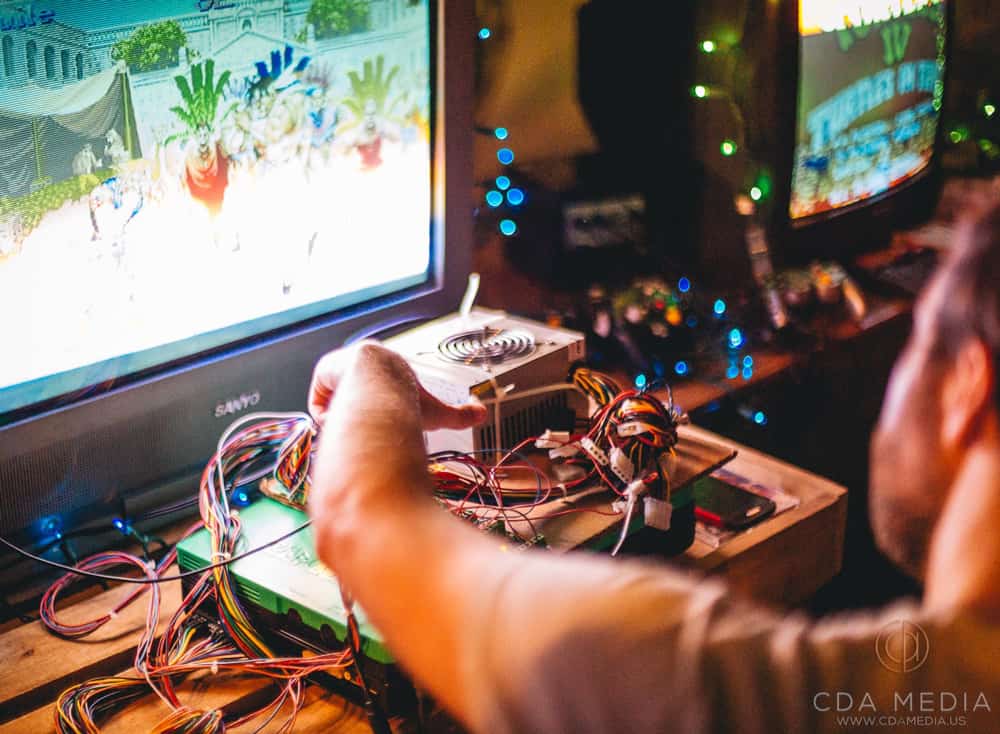 Visually, games were engineered to exploit the qualities of bespoke displays, as in Space Invaders’ layers of computer graphics, painted backdrop, and colored gels. When you’re shattering asteroids on an Asteroids machine from 1979 into sharp, incandescent fragments, Hall says, “you can imagine alternate futures where vector monitors won over raster [monitors] and everything is cool and crisp,” a parallel universe where we’re not looking at dots on a grid all day but graceful lines drawn by electron beams. “That didn’t happen, but we still have Asteroids.”

The visual style of classic games and their technological constraints remain stimulating for independent video game makers. The most recent Bit Fest event featured Towerfall, a contemporary four-player archery battle game with low-resolution graphics, on a huge projector. Accessibility is the common thread that draws Bit Fest’s selection of new and old games together. 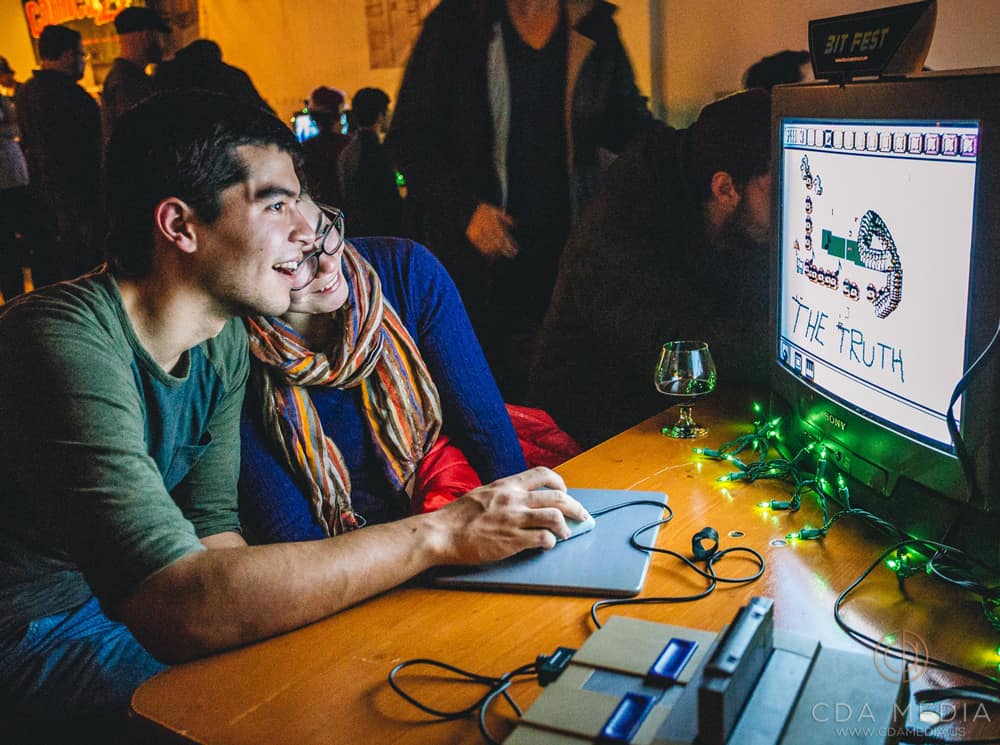 “It was neat seeing people walk up to it and start playing it,” says Hall. “Some of these people have no idea that this game was just made a year ago — it just looks fun. We hope to do a little bit more of that this time.” Hall is still finalizing the selection of contemporary games for the upcoming event, “but there’s a game called Starwhal that’s a space narwhal combat simulator. Everything’s very neon. It’s got like one or two buttons and directional [controls]. It’s very accessible.

“It’s meant for anybody to walk up and play. We really like highlighting that. That’s where this heritage sits.”