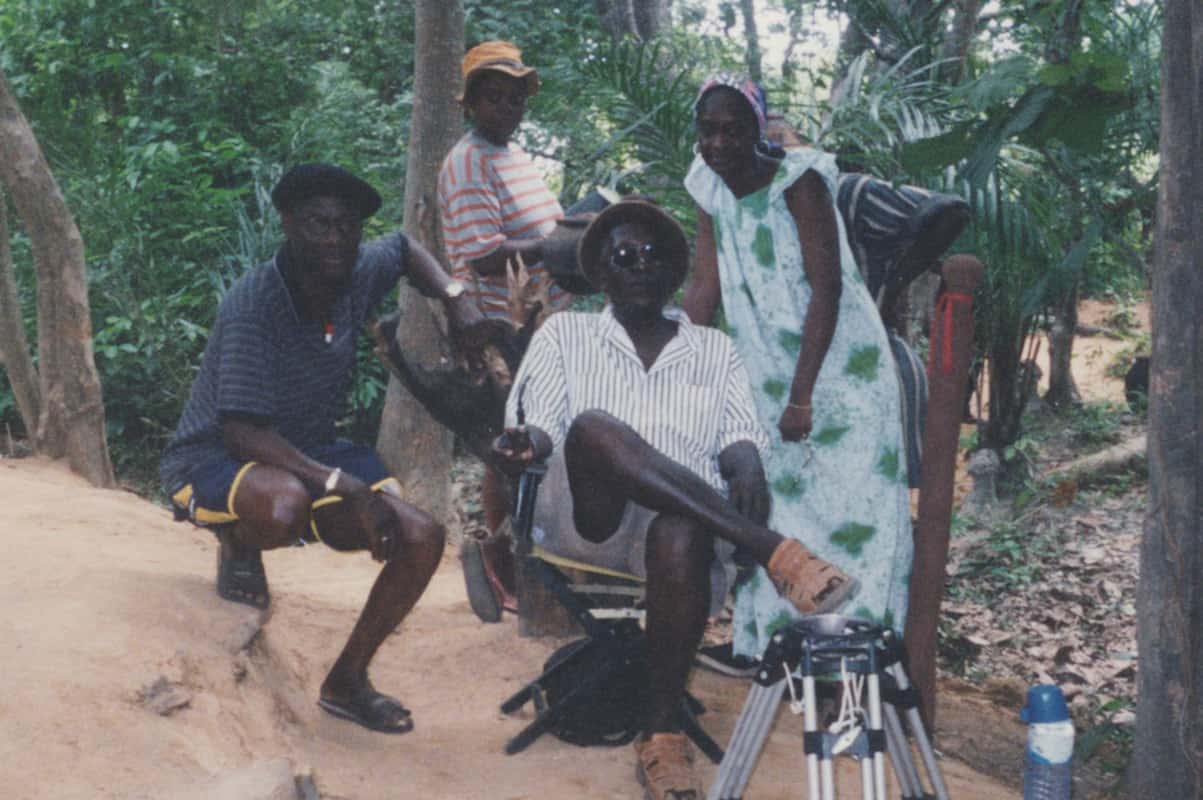 It’s a long way from a village in Senegal to prestigious film festivals around the world, but that’s where Samba Gadjigo’s documentary Sembene! — about Ousmane Sembène, a dockworker who became a novelist and filmmaker and hero to millions of Africans — has brought him. Indiewire called Sembene! a “true life epic” in its preview before the Sundance Film Festival. The film has also been shown at Cannes, Telluride, Sydney, New York, and other film festivals. The first New England screening is Nov. 13 at 4 p.m. in Gamble Auditorium at Mount Holyoke College in South Hadley, Massachusetts, where Gadjigo is a professor.

Almost as interesting as the documentary’s focus is the story of how Gadjigo found his way to a career in higher education after growing up in a family of farmers and wood carvers. Gadjigo’s family provided the region around their eastern Senegal village with wooden utensils carved by the men. “I spent a lot of time with my grandmother, who made pearls and incense for brides,” he says. “We traveled from village to village.” 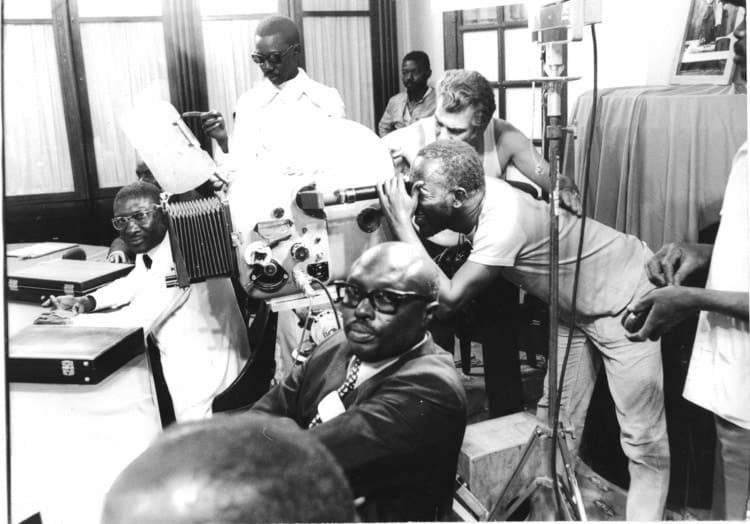 Ousmane Sembène, standing at left, on the set of one of his films | Photo courtesy of Sembène estate

While rural, eastern Senegal is “a region that is very rich in languages and cultures,” says Gadjigo. By age 14 he spoke five languages, including French, which, along with African cinema, is what he teaches at Mount Holyoke.

Neither his parents nor his siblings could read or write; Gadjigo was the first to finish grade school. He then moved 400 miles from home to attend a French high school. That’s where he discovered Sembène’s God’s Bits of Wood, a novel inspired by a paralyzing railroad strike in colonial Senegal in 1947.

“The book opened my mind to the world and the importance of self-representation,” says Gadjigo. “[Sembène] wrote a novel with black characters that were very powerful. His work has always been about how to empower the disenfranchised.” Gadjigo eventually formed a friendship with Sembène and became his biographer.

After attending college and getting his master’s degree in French and African literature in Senegal, Gadjigo thought he could only teach high school, unable to afford future graduate study abroad. But then, he says, “Opportunity came knocking at my door.” A college roommate who got a scholarship to the University of Illinois told Gadjigo the school was recruiting teaching assistants. Gadjigo earned his Ph.D. there in 1986 and began teaching at Mount Holyoke the same year. 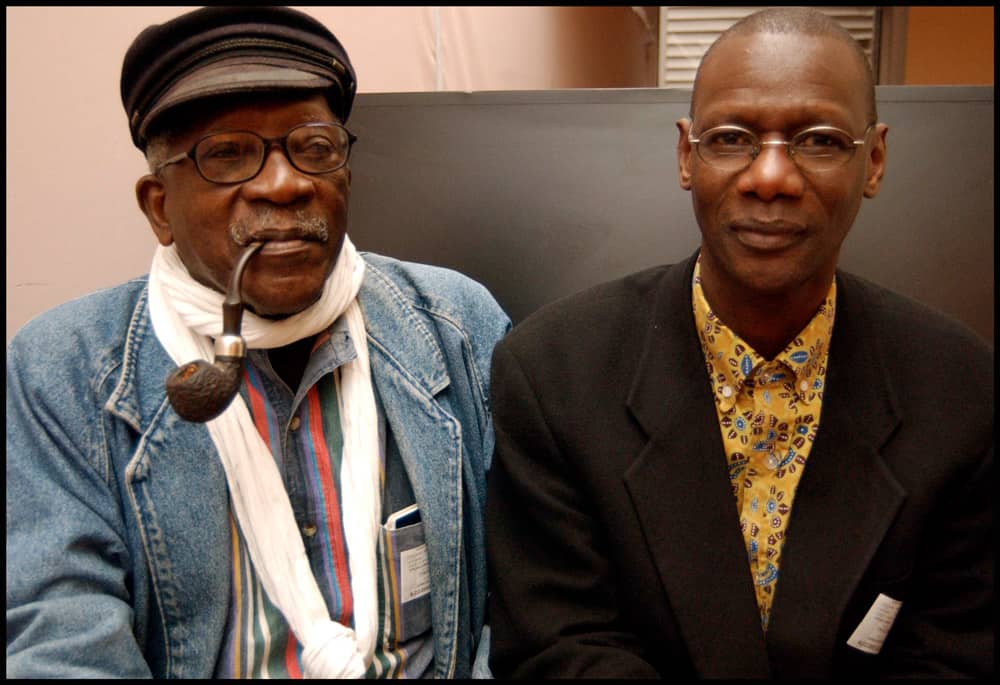 On the day of Sembène’s death in 2007, Gadjigo promised that his stories would not be forgotten. He and Jason Silverman, a film festival/arthouse director and producer, teamed up for a documentary that consumed them for seven years while they raised money through Kickstarter and from other contributors and combed through Sembène’s rare archival film footage and exclusive materials. Sembene! chronicles its subject’s 38-year career making films that often took on controversial political and cultural topics, and it brings to life his creative mission to, as he put it, “give voice to the voiceless.”