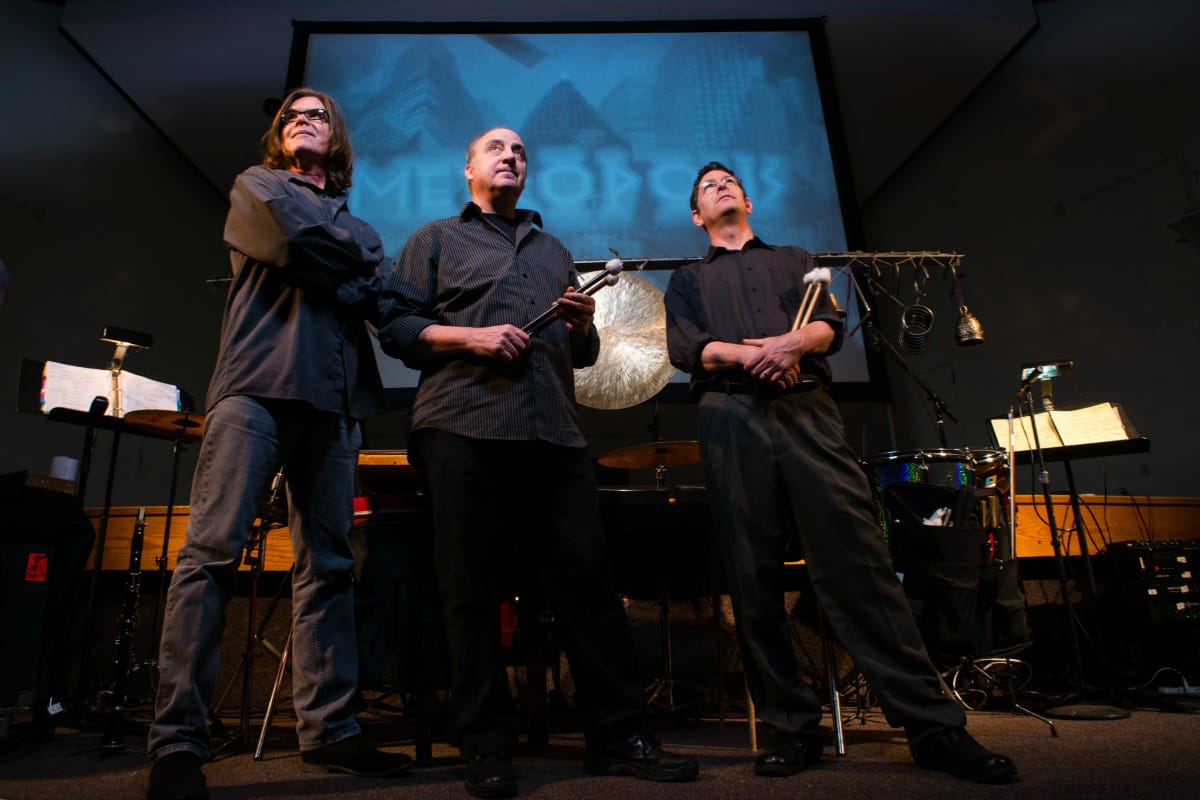 For over twenty-five years, The Alloy Orchestra have been crafting fresh and innovative scores for silent film classics.

The increased access and convenience of our digital era can be a double-edged sword. Cinema enthusiasts old and new can enjoy more films than any previous generation, without necessarily having to do so with their fellow fans—all of which makes the Alloy Orchestra, a group of contemporary musicians scoring old silent films, a rarity.

The group’s first public performance is somewhat legendary. The original trio of percussionist Ken Winokur, keyboardist Caleb Sampson, and multi-instrumentalist Terry Donahue were asked to do a series of live scores for the restored version of Metropolis at the iconic Coolidge Corner Theatre in Brookline, Massachusetts. What began as a weekend’s worth of gigs quickly became something of an unexpected smash.

Roger Miller, the group’s current keyboardist, happened to be in the audience that evening. “I was just completely blown away and, like everyone else in the audience, as soon as it was done, there was no question,” he says. “I just rose to my feet and gave them a standing ovation. And at that moment I looked around and literally everybody else had done the same thing.” 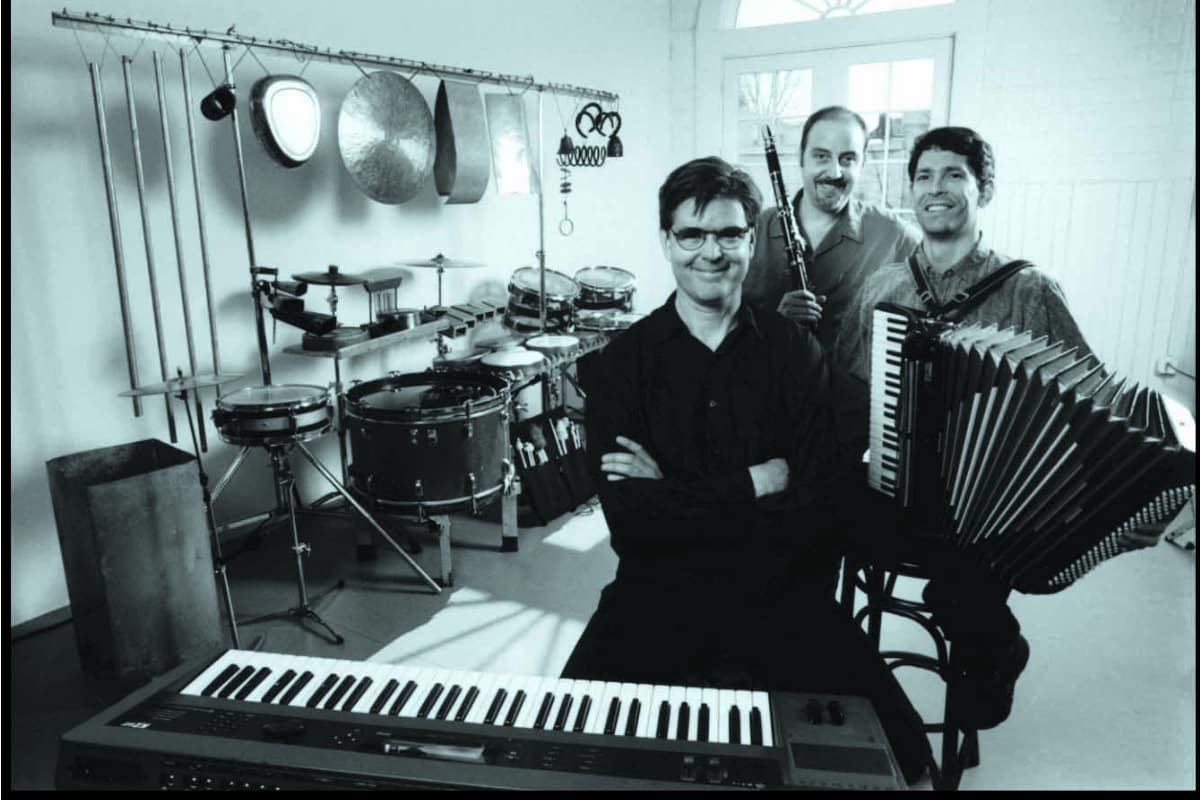 Photo courtesy of the Alloy Orchestra

Beyond the behemoth Metropolis, the trio’s repertoire has expanded to include dozens of films across many genres. No matter the film, the compositional process remains the same. “I think what does make us, in one way, very unique,” Donahue says, “is that we compose collectively. So it’s not one person writing a score and then everybody’s sitting down and playing that one person’s score.” It is this egalitarian improvisation and unique instrumentation (a famous mix of keyboard, accordion, musical saw and “junk” percussion) that makes the result so distinctive.

Their newest undertaking was many years in the making. In the midst of scoring another film, the band got wind of an upcoming re-release of the 1926 avant-garde Japanese film A Page of Madness. “That’s the one that for 20 years we’ve been talking about how we’ve always wanted to do it,” Winokur says. “And when I heard that our very good friend [the late film preservationist] David Shepard was restoring it, I contacted him and said ‘Could we please do the soundtrack?’” Compared to their other scores, A Page of Madness required the group heavily to rely on their improvisational instincts as they dealt with abstract structure and an ethereal moodiness.

While they’ve toured the world’s great film festivals and garnered rave reviews from the likes of Roger Ebert, the band’s New England roots hold strong. All three members made Boston their home and established themselves with local acts such as Bam Bam, the Concussion Ensemble, Lookie Lookie, Mission of Burma, and Trinary System (to only name a few). Today, Winokur and Donahue live in the Boston while Miller recently relocated to the comparative wilderness of Vermont. You can hear them at film festivals and screenings all around New England and America.

The charm of the Alloy Orchestra is not one of nostalgia or novelty. It lies in their ability to recreate what was once the ultimate film experience. They recreate for the unfamiliar the communal power of this old cinema where silence still speaks volumes.