Out-there art’s New Hampshire home Wrong Brain, a Dover, New Hampshire, nonprofit, gets a lot right about art. Whether it’s hosting discussions like “Art & Mental Illness” and exhibitions like This Is What TRANS Feels Like, or producing the Wrong Brain Bizaare, an alternative arts and crafts fair, Wrong Brain is an outlet for unconventional and underrepresented artists, writers, and musicians. “It exists to fill a void in the creative community,” says founder Sam Paolini. 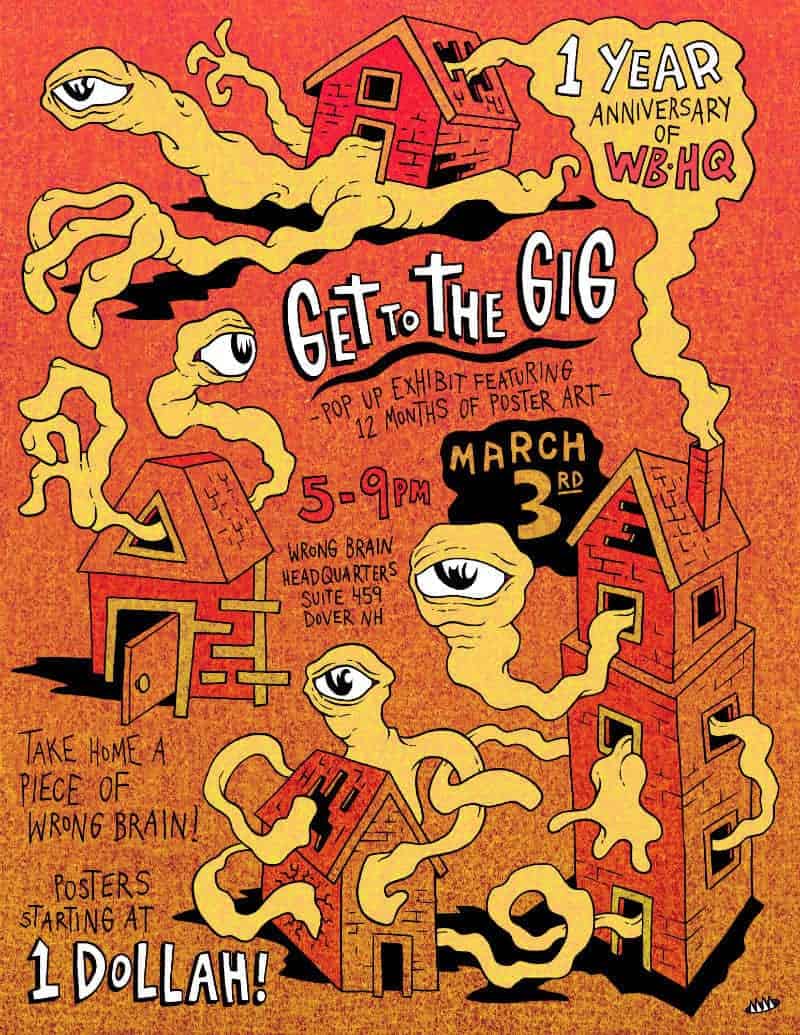 Sam Paolini and Adam Gouveia, Get to the Gig, Wrong Brain poster

Paolini founded Wrong Brain as a 15-year-old high school student seeking an alternative outlet to her conventional art education. Meeting at her family’s New Hampshire home, Paolini and other young artists and musicians created zines to showcase their creative talents. After the unexpected death of one of its original members, the group established Wrong Brain as a nonprofit in 2015. “From there, it’s evolved into whatever we felt was lacking in the current community,” explains Paolini. 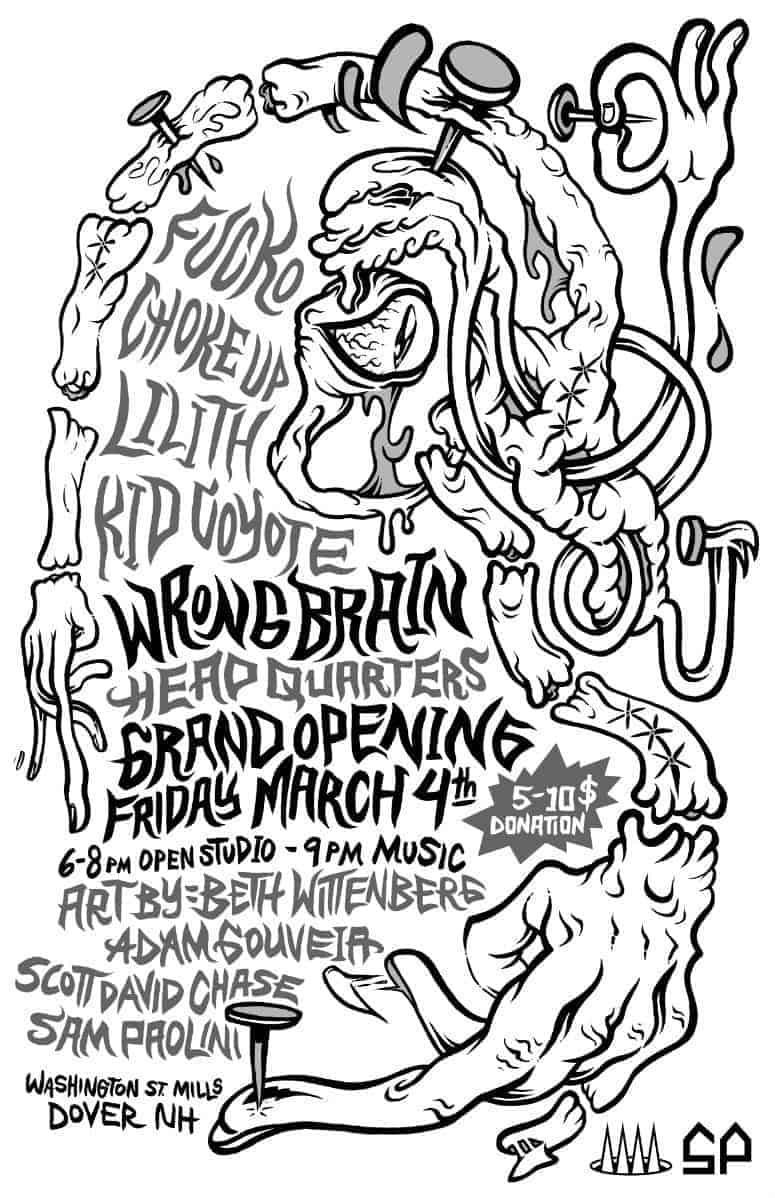 Wrong Brain has struck a chord: thousands of area creatives have contributed artistic and musical talents to its efforts, from zines to art exhibits. “There aren’t a lot of opportunities on the New Hampshire Seacoast for people who don’t want to pursue commercial work,” Paolini says. “This really is a labor of love.”