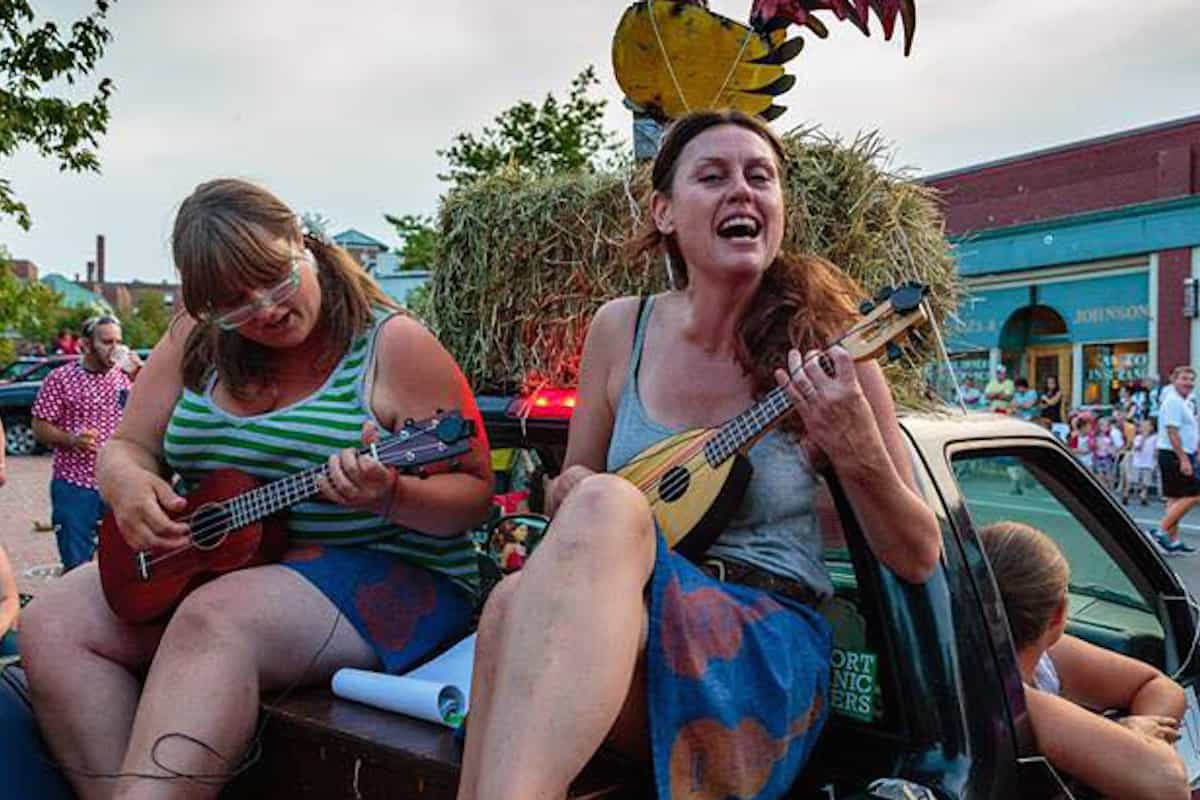 At Gloucester, Mass’s annual parade of the strange, the odd, the fantastic and the wonderful, a community makes some noise.

This weekend, towns and cities around the country honor America’s founding with varying degrees of pomp and circumstance, marching bands, and floats. In Gloucester, Massachusetts, residents celebrate with the “Horribles.”

The annual Fishtown Horribles Parade starts at 6 p.m. and has been held every Fourth of July weekend since the turn of the 20th century. That’s when, in the early morning hours of July 4th, Nick Montgomery and John Day organized some farmers and their children in a small part of Gloucester called Riverdale to parade around their farms in “horrible,” or parody, costumes of political and popular figures of the day, banging pots and pans all the while. 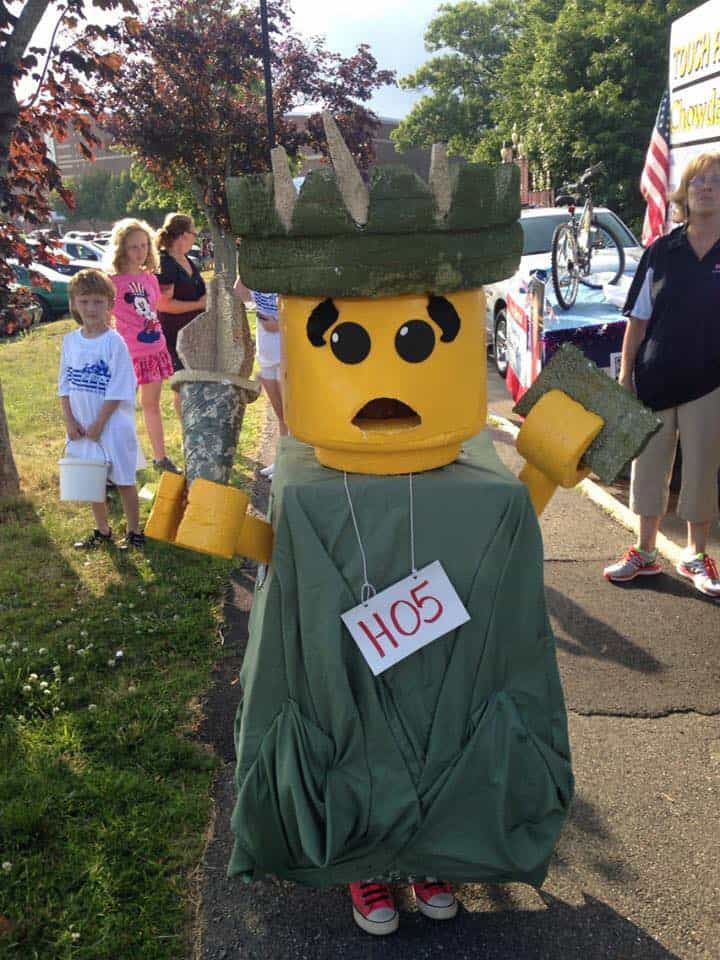 The “Ancient and Horribles Parade” (or “Antique and Horribles Parade”) was already a tradition in New England. In the 1800s towns from Rhode Island to Vermont created these jovial parade versions as antidotes to dour military parades. After World War II, the Riverdale Athletic Club began holding Gloucester’s parade during the nighttime of July 3 and eventually moved the venue downtown.

From LEGO men and biker boys to trucks full of ukulele ladies and mermaids, the parade is dedicated to outlandish costumes borrowing from current political and cultural themes, children’s favorites, and, frankly, whatever is on the mind (and in the wardrobe) of Cape Ann residents. Past floats have featured costumed stills from the pirate, Puritan, and Prohibition eras as well as every imaginable scene in-between. 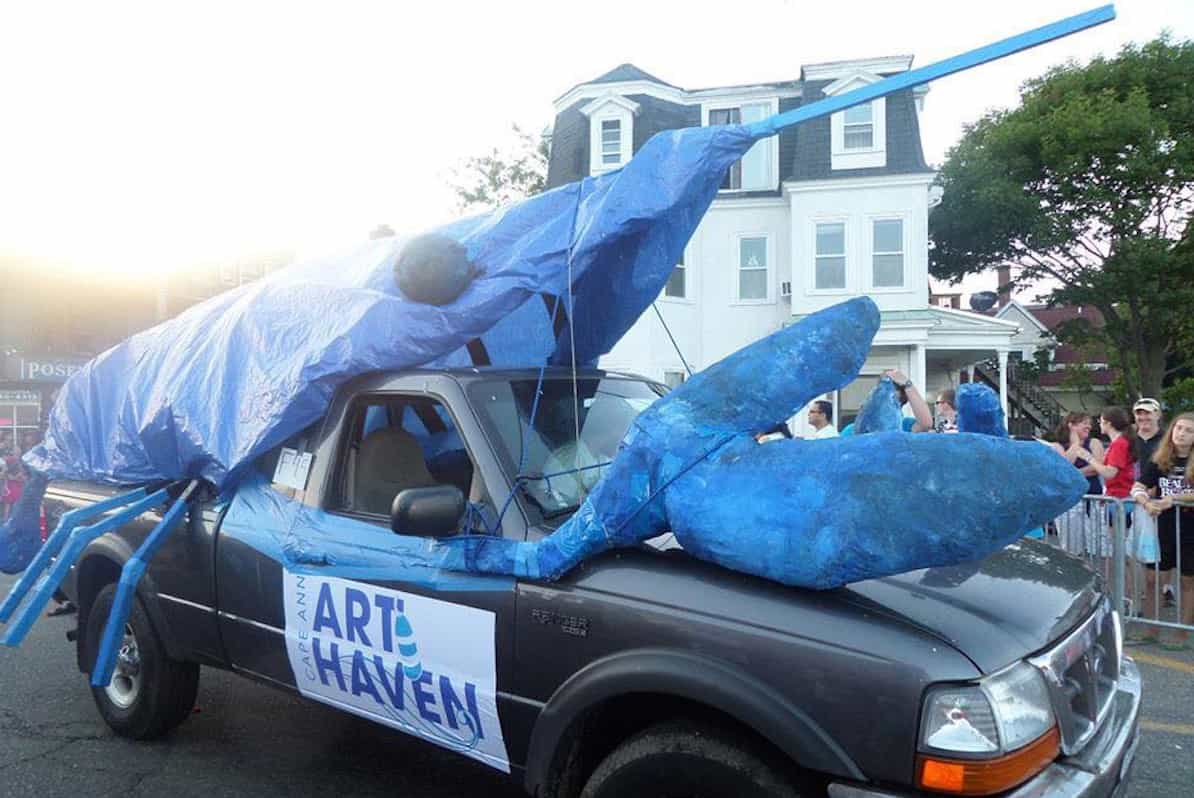 “It’s my favorite part of summer,” says Alison Goolsby, a second-generation parade volunteer, “because (we) get to be part of something great … for more than 20 years my family has always helped out with the parade. I remember dressing up every year as a Horrible.”

In addition to the parade, all of Gloucester — from bridge to bridge — is filled with bands, vendors, fireworks, and dancing. Indeed, part of the parade’s continued success stems from the town’s unique “island” community of multifaceted traditions built on the fishing industry, Italian and Portuguese family traditions, New England roots, and the enthusiasms and ideas of transplanted locals.

Individual and business donations fund the parade, which is run by a committee of volunteers and their families, some three generations deep. Children who grew up marching in the parade now walk alongside their children and grandchildren, never having missed a year of participating in the parade in some way. 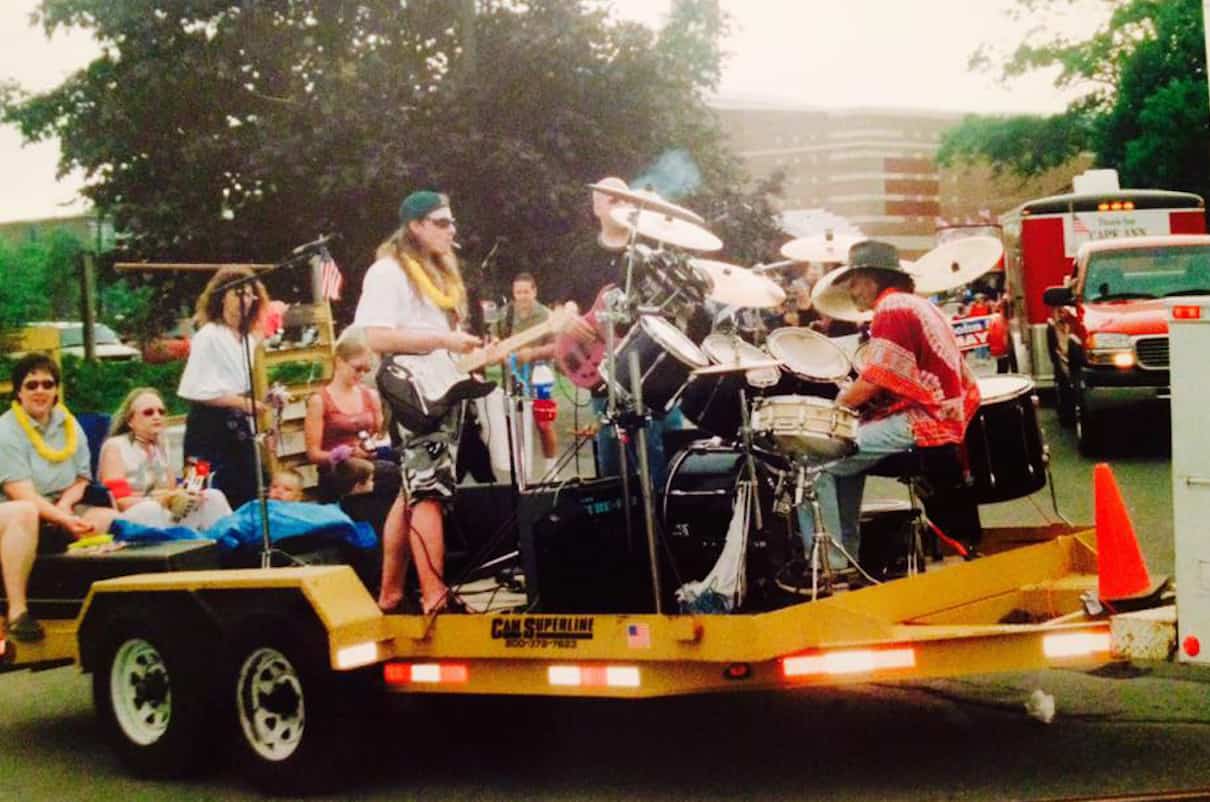 Dave Tucker Sr., a past and present parade committee chairmen and a parade “lifer,” is part of four generations who have worked to put this year’s parade together. “It’s a deep-rooted family affair for us,” he says. “My dad being an original and founding member, my sisters and I carried signs and collected money, dressed up, and did whatever was needed.”

The parade committee works year-round to raise funds through various local events. This year’s parade features a dozen bands, 40 to 60 floats, and hundreds of participants from Gloucester and clubs from all over the East Coast and Canada marching the route. 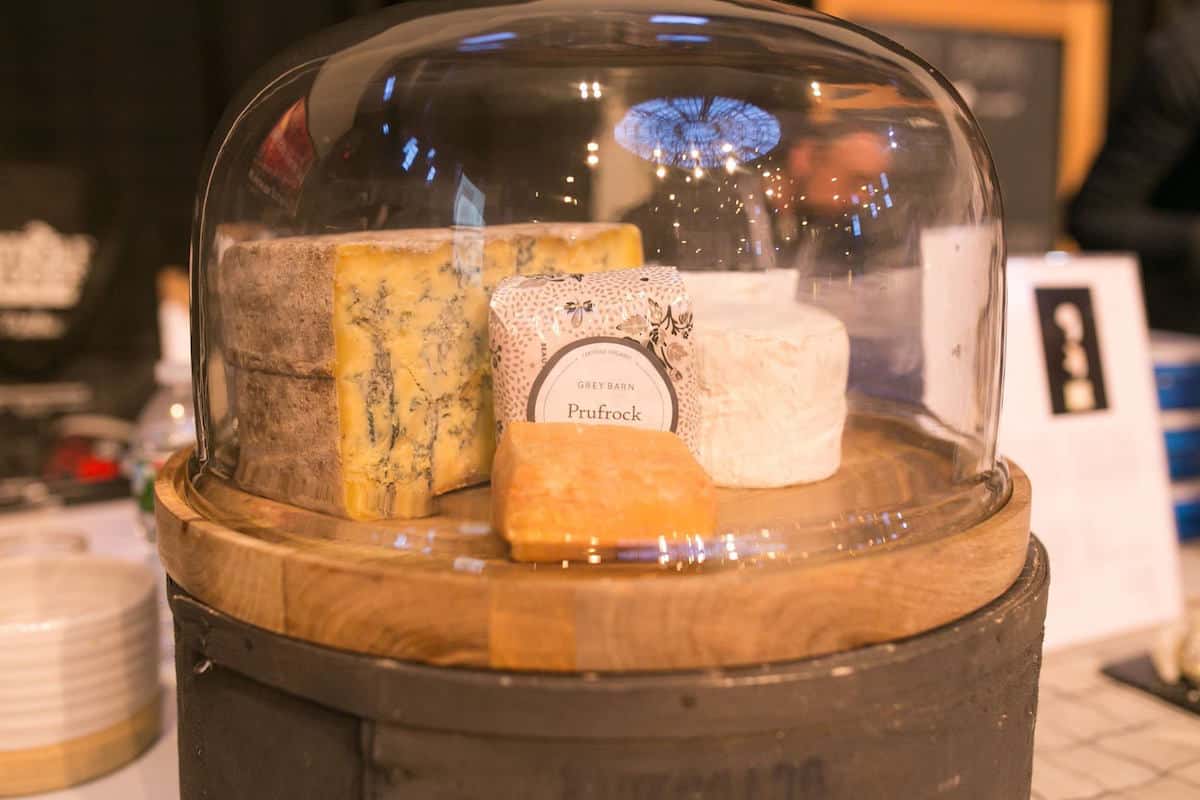 There’s no such thing as a bad beer festival, but Jeff Wharton and Devon Regan host some that are truly exceptional. 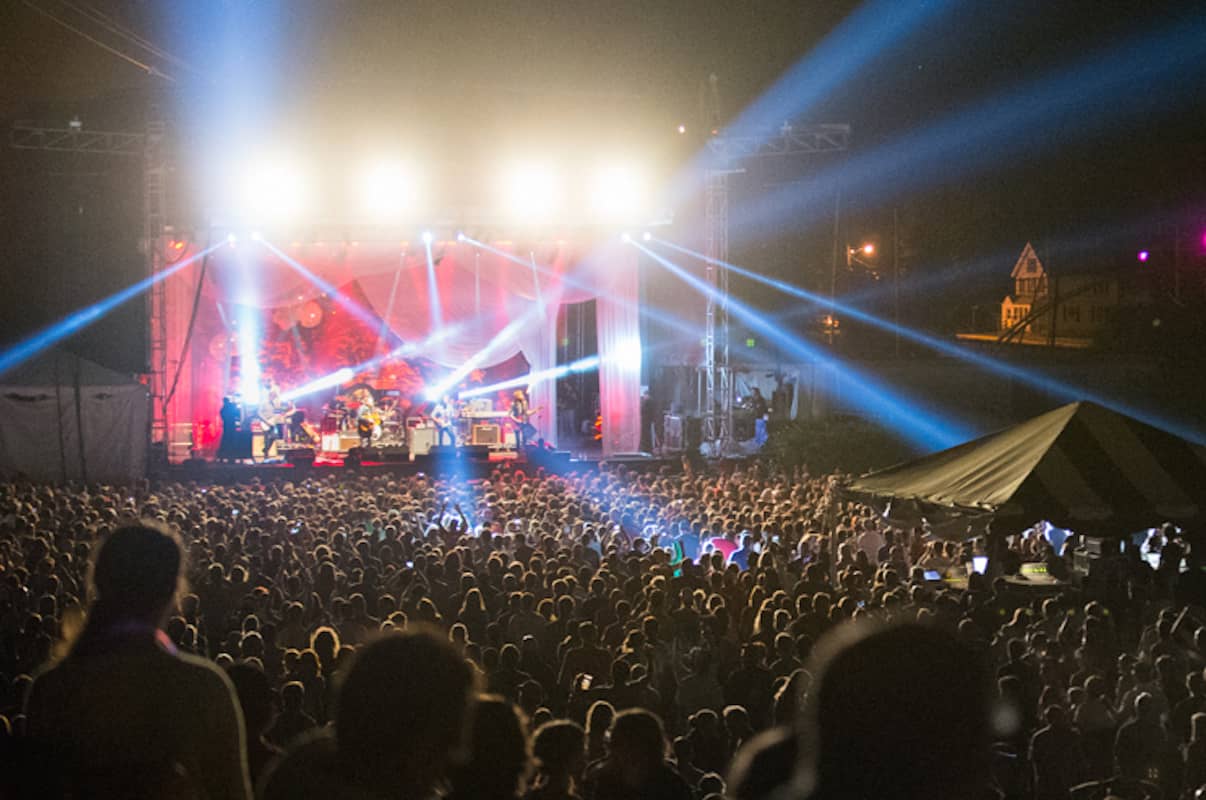 Mass MoCA, preeminent curator of cutting-edge visual art has also established its reputation as a purveyor of live entertainment.