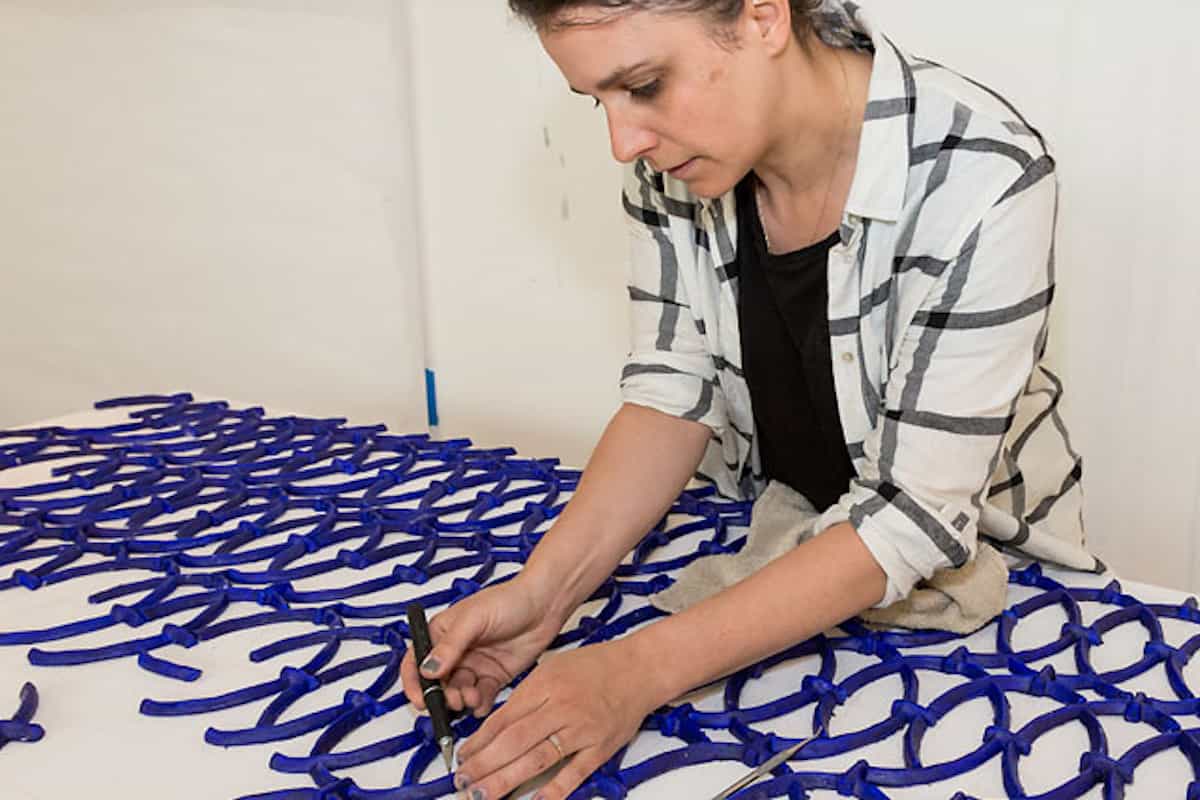 Like a visitor from another planet teleported into your household, artist Kim Faler points with fascination to everyday stuff that never makes it into your consciousness: patterns on wallpaper or tile, a 2×4 stud wall, a tower of stacked magazines. She makes the mundane come alive, using unexpected materials to construct objects that are bound to deteriorate or collapse. A chandelier made of wax, for example. Or that stud wall – Untitled (99 44/100% Pure). It’s made entirely of soap, right down to the nails and even the mason jar resting on one of its planks.

Faler’s work deals with “the things that surround us everyday, the things we don’t even notice,” she says. “When you’re subverting that, it can lead to questioning everything, your routine and the everyday. I try to bring the personal and the emotional into something that is designed not to have any of that.”

There has not been a dull moment in Faler’s career since she earned her master of fine arts at the Cranbrook Academy of Art in Michigan in 2009. She went to Sao Paulo, Brazil on a Fulbright scholarship and had work presented in several art venues there. She has also made a splash in exhibits at the Massachusetts Museum of Contemporary Art (Mass MoCA), the deCordova Sculpture Park and Museum in Lincoln, Massachusetts, and the LaMontagne Gallery in Boston, among other galleries and museums nationwide. 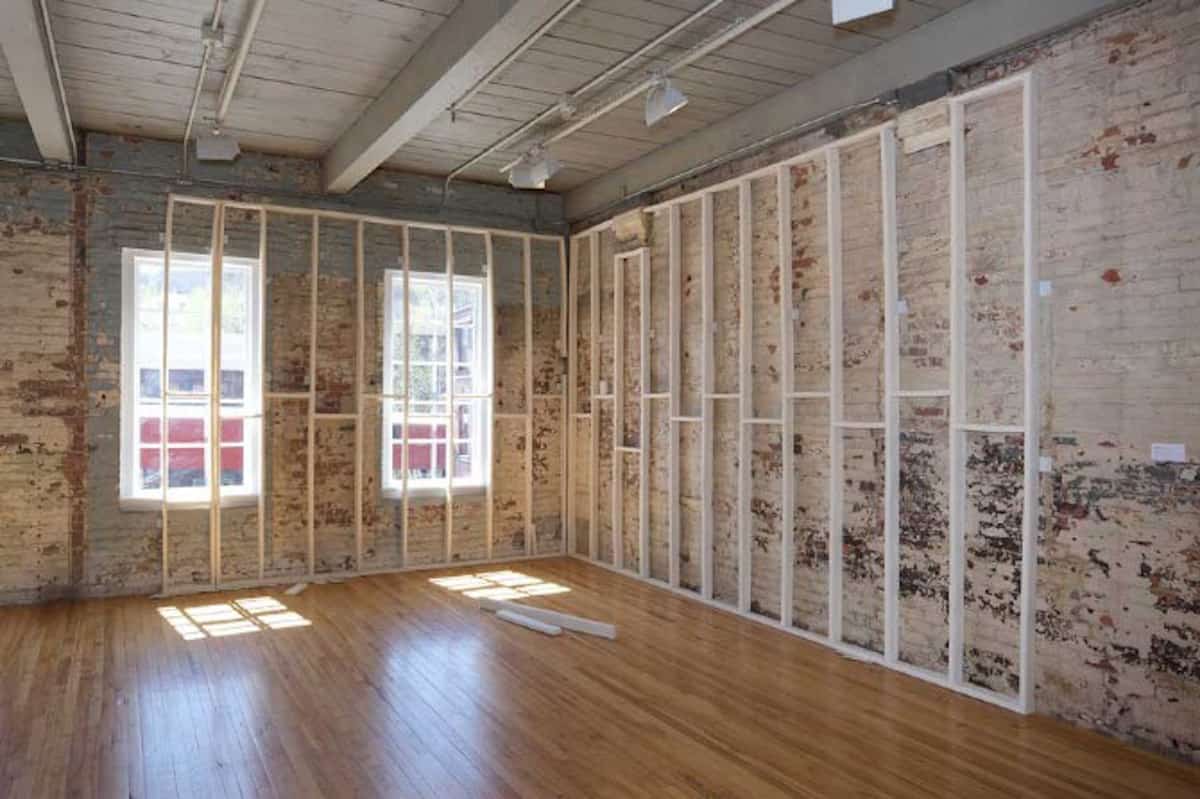 Faler recently returned to her home in Williamstown, Massachusetts from a residency at the late artist Robert Rauschenberg’s property on Captiva Island, Florida. She was thrilled to work alongside such luminaries as Laurie Anderson and Carrie Mae Weems.

While in residence, she produced an installation called Also, in which materials from her surroundings inform the work—another recurring theme of Faler’s art. A ladder that belonged to Rauschenberg sits beside an interrupted pattern of plaster rings that drip blue watercolor down a piece of drywall resting precariously on a rock. A pair of palm-tree leaves fastened to the wall above and a sweater tossed casually onto the ladder complete the scene.

“It’s about upheaval, about work, and learning how to recalibrate my notion of work in a new place,” Faler says.

She was born and raised in what she calls “the middle of nowhere” – Lima, Ohio. It was a place where farms and heavy industry existed side by side. “Two ‘making’ cultures with different outcomes,” is how Faler describes it. “I think that led to my investigation of design and functionality. When architecture fails. When functional objects no longer function.”

Living in western Massachusetts, she says, allows her the space and time to work. Her thousand-square-foot studio would be unaffordable in a city like New York, where, in addition, the social scene around the arts is more stratified. “Having MassMoCA right here is a driving force,” Faler says. Artists and curators from all over the world congregate there, and sometimes they drop by her studio. “That wouldn’t happen in Bushwick.”

Michael KusekLooking Over the Overlooked02.20.2015