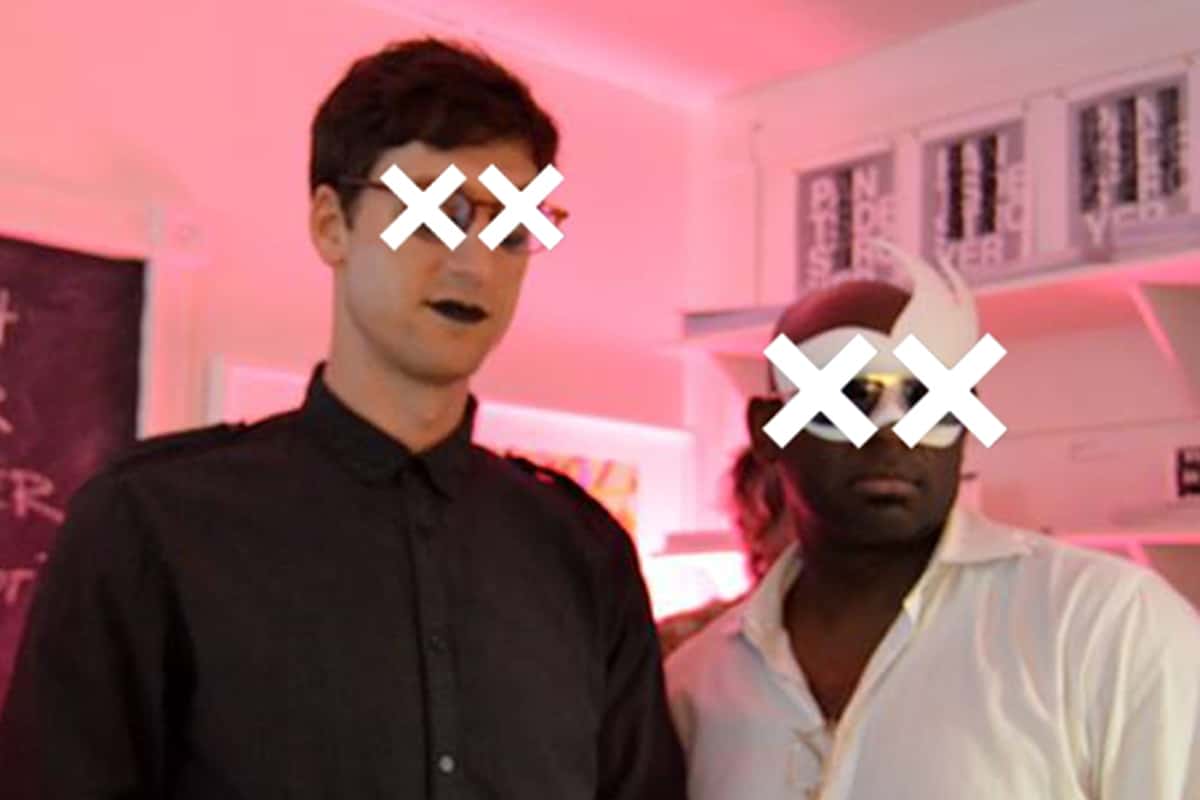 Laura Marsh and Phil Lique are the artists-in-charge at one of New Haven’s newest, multi-use, alternative art spaces.

Claude Chabrol, French New Wave film icon, once said, “There are no waves, only the ocean.” Technically, he’s right. However, No Pop and its founders subvert this cute, dichotomous quote. Laura Marsh and Phil Lique are the waves and the ocean of their own operation, spread across their diverse community while tirelessly creating ripples and waves through the burgeoning alternative cultural landscape of southern Connecticut. 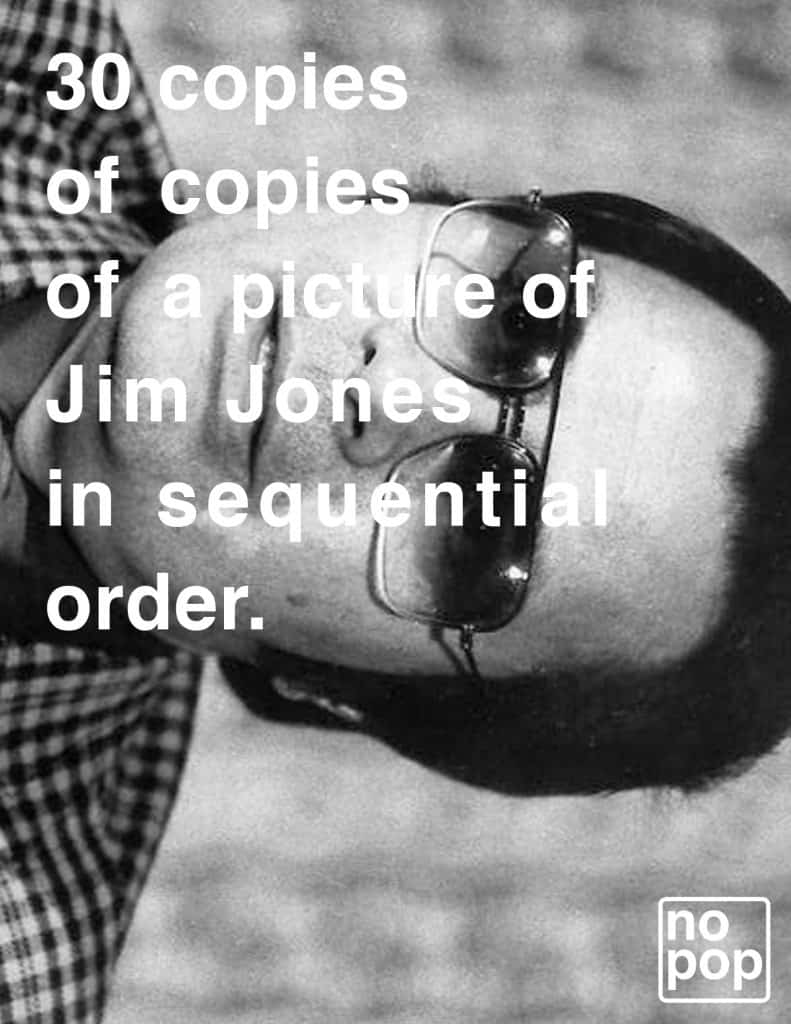 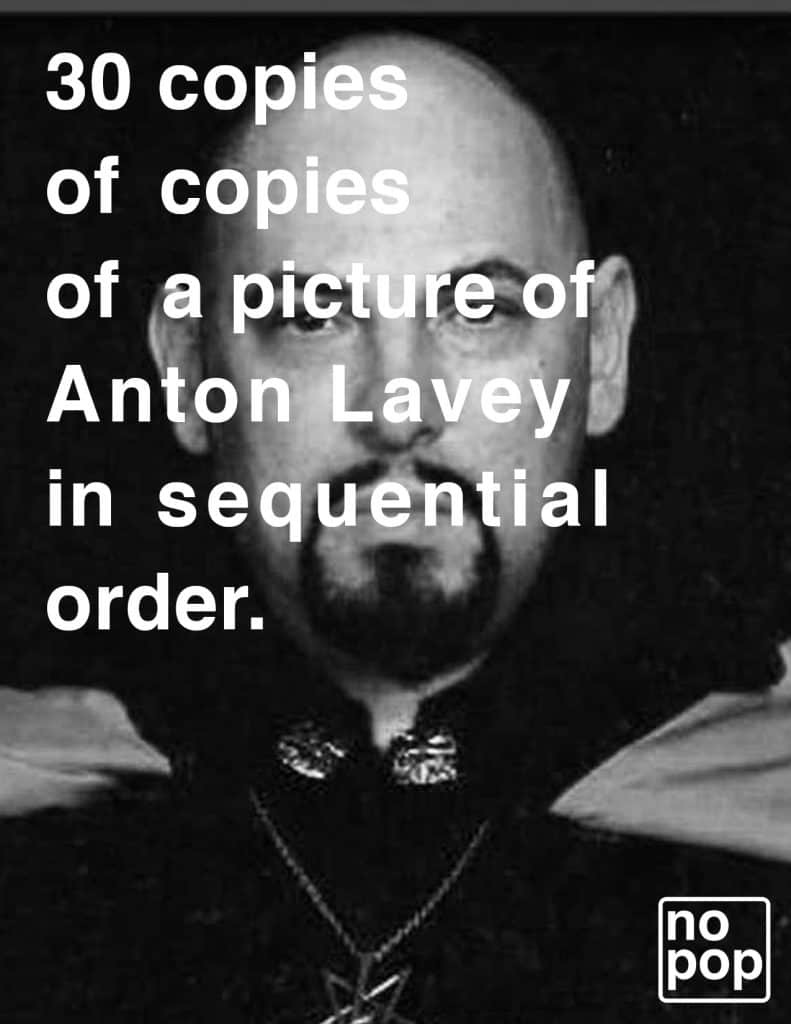 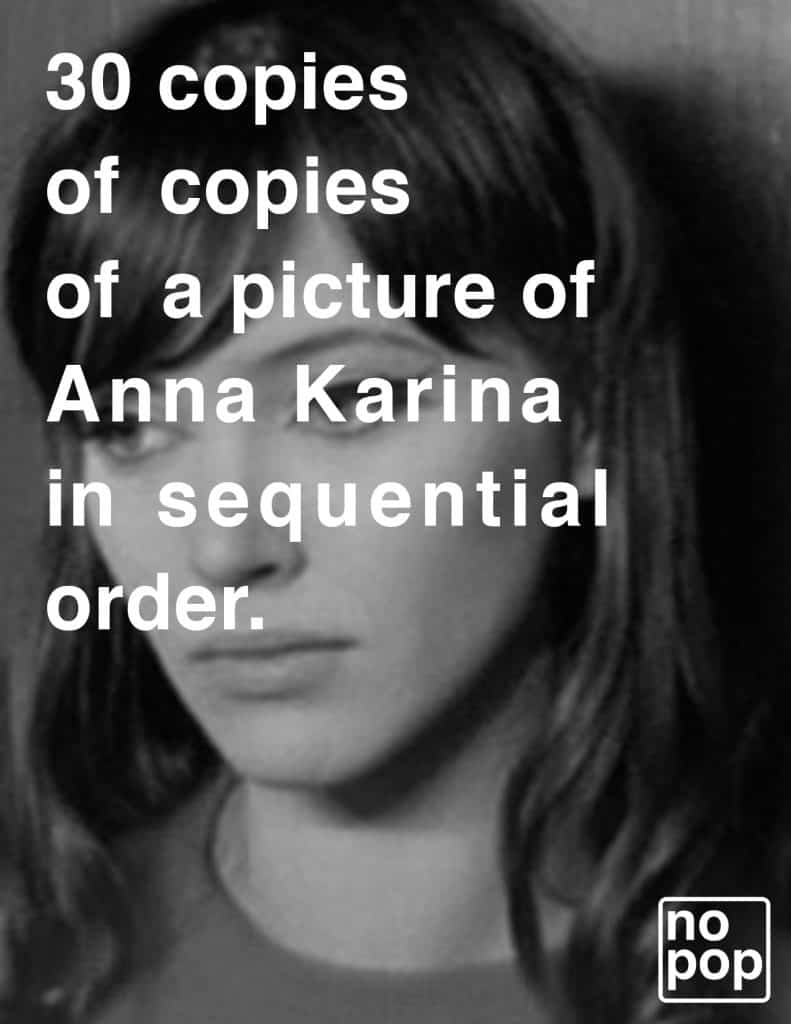 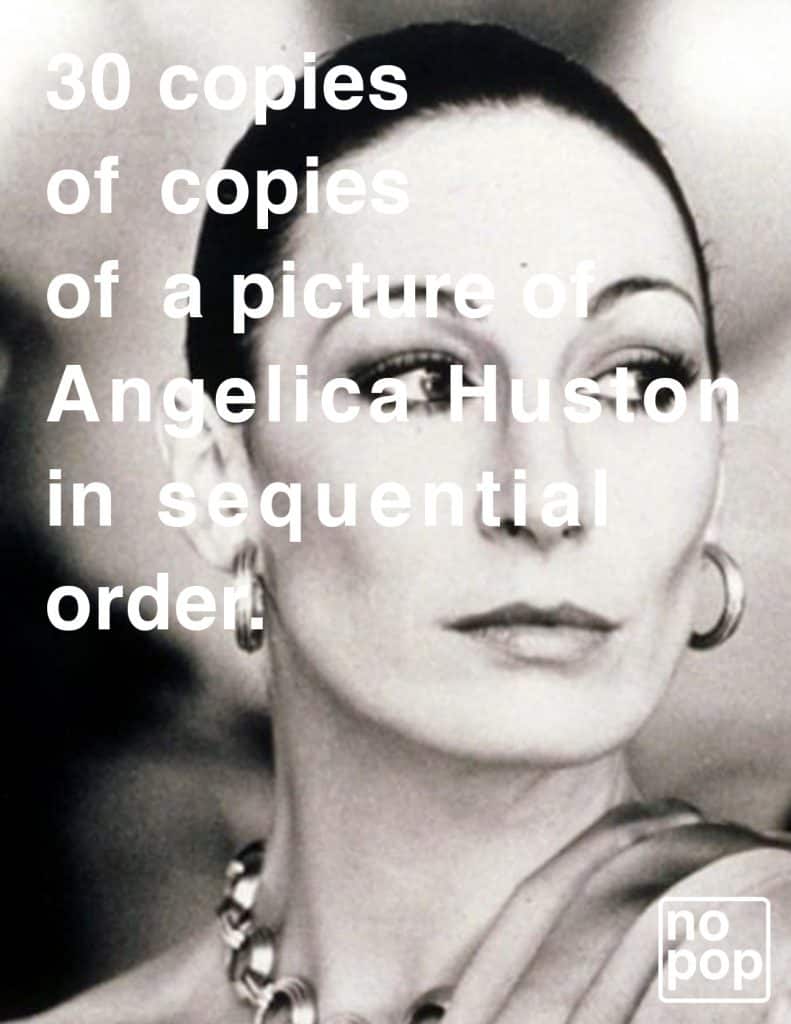 No Pop is many, many things. Primarily, it is an alternative gallery space optimized for artist interaction, exhibition, creative community engagement, publishing, and general object-making. No Pop’s founders are drawn to the dual themes of No Wave and Pop Art. These two sources of inspiration seem contradictory right? No Wave with its active rejection of all things oriented towards collective movements within any genre or artistic expression, and Pop Art, characterized by an infatuation with mirroring, emulating and reproducing all things popular or easily consumable. However, Phil and Laura see these two movements as connected, “…to work in the tradition of Pop, we have to reinvent what pop means.” said Laura Marsh, co-founder of No Pop. Co-founder Phil Lique adds, “…the general term pop came up a lot…it was important to try to reject it and say we’re different in structure. So rather than being a continuation of that particular art bloodline, it’s time to make something separate. I like the relationship, specifically between movements like new wave music, no wave and the space in between.” 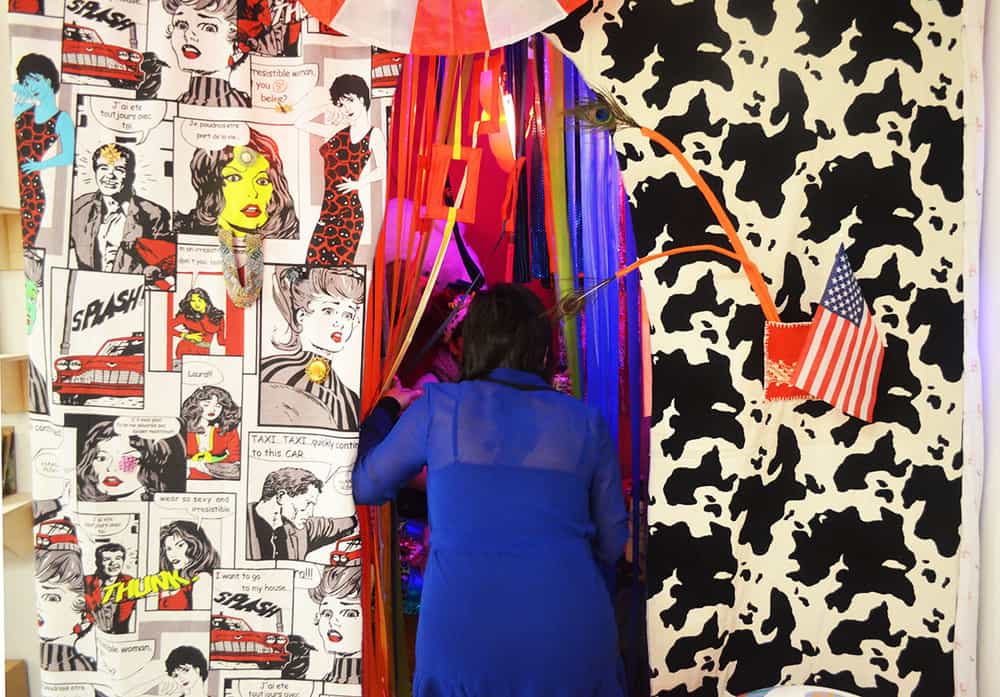 “I do believe that most installation is transportable. There’s a connection between design and art when it comes to an interior design, when you take over a space. We’ve been talking about doing different shows in other spaces – showing people that instillation is a form that shifts, changes and includes you. I really think it makes the viewer the participant.” – Laura

About one year ago, Phil and Laura were edged out of their previous studio space. This complicated displacement led to the creation of No Pop. They originally rented space in a building called Daggett Square in New Haven which, for about 40 years after its function as a rubber factory ended, was a place where artists lived, worked and freely collaborated. Daggett Square was a bit of an outlier, never properly

zoned or inspected by the city. The ex-factory building changed owners several times over those four decades, but the artists always stayed. Think of portions of New York City in the mid-seventies. Daggett had electricity and plumbing; however, every now-and-then, portions of the ceiling would fall into your studio. According to Phil and Laura, a few years ago the city was reminded that Daggett Square existed and this sudden realization spurred a seemingly strategic set of limitations on the space, which essentially discouraged and displaced artists and residents without explicitly evicting anyone.

When all this went down, Phil and Laura had to leave their belongings, work, and some friends behind. Yet, reflecting on this displacement a year later, the artists seem to agree that the non-eviction-turned-eviction spurred something positive, according to Phil, “Artists have the tendency to find a space and hide in it, make their art and be somehow hidden. I realized that’s wrong. Instead, we now say ‘I’m an artist, this is what we do, look at what we do, come to us, share in this’ and we’re not embarrassed about that.”

Laura and Phil’s operation and approach to arts community involvement and exhibition is premised on inclusivity. Their fees associated with applying for exhibition space are very small, and, in the case of PANTS DESTROYER, there is no cost for submission to the zine. In addition, they consciously program with the intention to reach new audiences, and coax people beyond the arts community to join them in reckoning with their local arts scene, 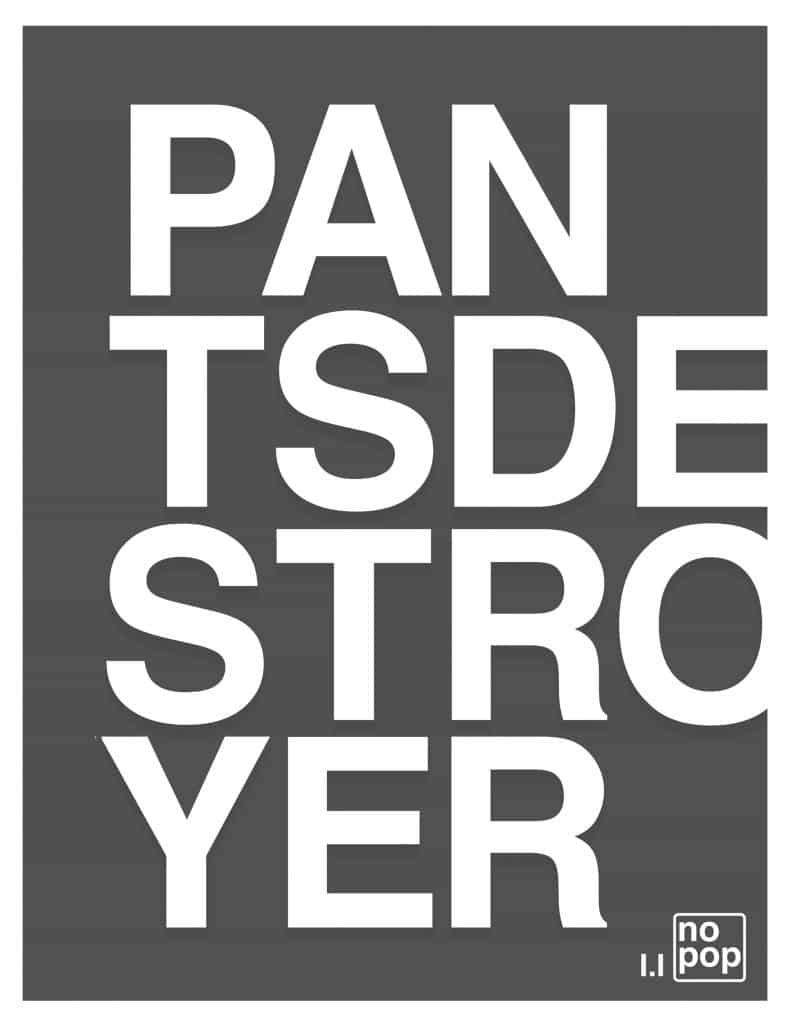 “Often times, at our shows and openings, there’s professionals, art professionals, doctors, lawyers, artists, punk rockers and other weirdos from all types of scenes. I think we have an environment where people show up and really enjoy being able to create then be able to take a break and hang out in the kitchen and mingle in a place that is a really healthy melting pot.”

One year post-displacement and No Pop is flourishing. With permanent, immersive installations like Lady Cave, an open exhibition space, a back-lit street-level box for visual arts displays, and several zines of varying content and format, Phil and Laura continue, in true No Pop fashion, to facilitate creativity in an alternative space for all of the region’s arts consumers and creators.

Laura Marsh and Phil Lique are the co-founders of No Pop in New Haven, Connecticut. The artists will be addressing their experience of displacement via a pop-up show at the John Slade Ely House, August 26th 5pm – 9pm at 51 Trumbull St, New Haven. In addition, Be sure to follow them on Instagram, Facebook, and check their web store for all back issues of zines and other merch.