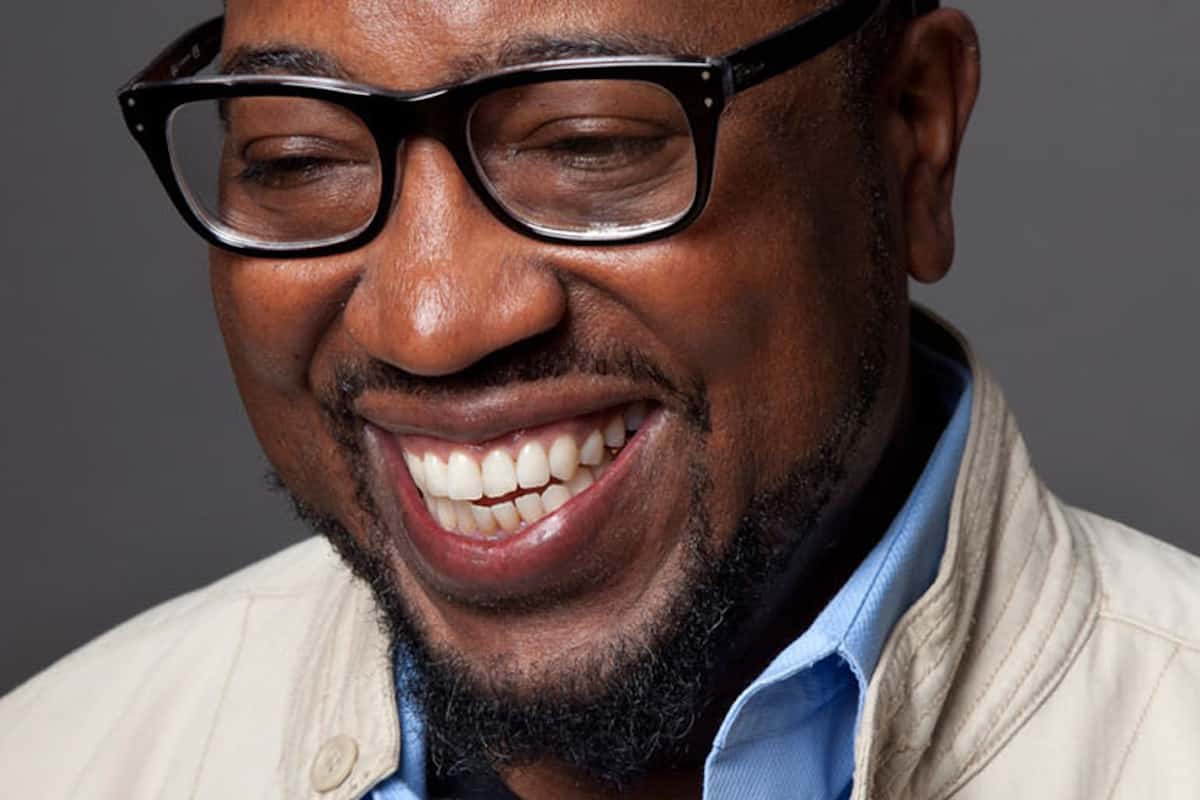 Major Jackson lives in Vermont and travels the world. His friend and fellow poet Jill McDonough writes an appreciation.

I love Major Jackson. He has a big laugh, he’s a good drinker, and he’s an accomplished poet. We met 15 years ago, when he was my downstairs neighbor at the Fine Arts Work Center in Provincetown, Massachusetts. Back then, he was coming from Philly by way of New Orleans; by now, he’s been everywhere. His new book of poems, Roll Deep, takes us with him as he leaves, again and again, his home in Burlington, Vermont—its “ticking clocks” and “darkened policies of snow.” In these poems, we travel with Jackson via SEPTA, taxi, or the Aegean Speed Lines; “on a crowded matatu”; with a “UN Somali driver”; by “lifting up and away from the airstrips’ macadam”; by “walking along a narrow country road past Relais / San Bruno”; “on a plane above / Buenos Aires”; or by deciding to just “jog through this suburb at a blue hour / when bliss blows over dewy lawns / and neighbors walk suspicious dogs.”

Imagine what it’s like to jog again in Burlington, jetlagged from your trips to Greece, Spain, Brazil, Kenya, and Italy, the sites of Roll Deep’s second section. He says that when he first moved to Vermont he thought he was “dreaming in green.” Now Burlington is where Jackson is when he gets home, his “obedient rolling bag / like a pet” beside him. This ambitious, worldly book of poems looks open eyed at how when food relief arrives in Kenya, “they wait for the First / of the Month like the poor in Detroit”; it recognizes “how in Congo Square / on Sundays, African dances kept six hundred slaves alive.” And it’s open to more than the hurts and near misses of the world—the speaker in some of these poems talks to himself about “the major / hurts you’ve caused in loving too many women,” saying, “I want to kill the polygamist in me.” But alongside those flashes of regret, this history of hurt, are so many wonders: “dice in dreams,” “my brown face in a glass of rum,” and “two nonchalant giraffes” are all right there by “the girl who sells her limbs for all her body can take.”

I asked Jackson what it was like to come home to Vermont between all this globe circling, and he had a typically beautiful, thoughtful answer: “Its rich history [and] moderate-to-leftist-leaning politics; its breathtaking, natural views of mountains and lakes; and the people’s ecological awareness are what keep me planted such that adventures in other lands might be exercises in reaffirming my belief that Vermont rivals places like Ireland or the Pyrenees in beauty. Vermont is almost savage in its sublimity. Save for mud season, one can nearly almost always walk outside and lose one’s breath. Writers—well, this writer—almost require some daily reminder of the grandeur of existence. As William Blake states, ‘Great things are done when men and mountains meet.’ Burlington has views of both the Green Mountains and the Adirondacks. I feel fortunate to return home after long days of travel. It is here that I most calibrate toward clarity and meaning.”

We can feel fortunate this terrific writer is here, and almost as young as I am, and so prolific.

We were more than gestural, close-listening,
the scent of manure writing its waft on the leaves
off Route 22A. By nightfall, our gaze flecked
like loon cries, but no one was up for turnips
nor other roots, not least of which the clergy.
Romanticism has its detractors, which is why
we lined the road with tea-lit luminaries
and fresh-cut lemons. We called it making magic,
then stormed the corners and porches
of General Stores, kissing whenever cars idled
at four way stop signs or sought Grade A maple syrup
in tin containers with painted scenes of horse-drawn
farmers plowing through snow. The silhouetted, rusted
farm equipment gave us the laidback heaven
we so often wished, and fireflies bequeathed earth stars,
such blink and blank and bunk-a-bunk-bunk.
And of course we wondered if we existed,
and also too, the cows in the ancient pastures,
and the white milk inside our heads
like church spires and ice cream cones.
Even after all of that cha-cha-cha, we still came
out of swimming holes shivering our hearts out.

The poem appears in Roll Deep, which is available now from W. W. Norton