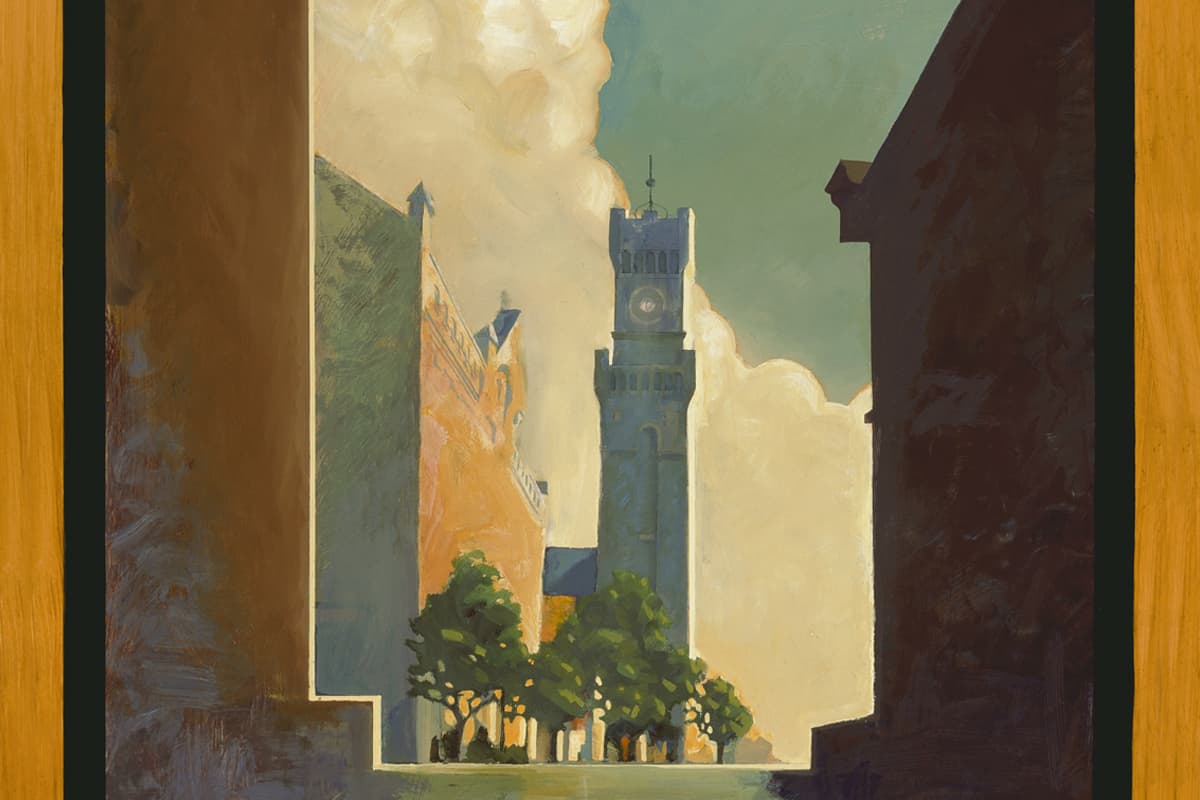 The old mill town of Bellows Falls, Vermont is funky and arty, and its residents have a good sense of humor.

This article originally appeared in our November 2015 print issue.

“Not Nearly as Bad as You Thought” is the ironic slogan local artist Charlie Hunter emblazoned on T-shirts in 2008 because, he explains, “It’s the antithesis of what you’d expect in terms of small-town boosterism.” He’s sold about 250 of the shirts, which is a lot for a community of slightly more than 3,000 residents. Bellows Falls’ sense of humor contributes to its considerable appeal. It’s an old mill town on the Vermont side of the Connecticut River that’s retained a funky quality even as it added artsy aspects following what Hunter refers to as “the dark days” of the 1990s.

The funk can be vividly experienced at the BF Community Bike Project, a nonprofit, do-it-yourself repair shop located in a former bowling alley on Canal Street. It’s diagonally across from You Can Have It, a store stocked with “useful objects” that proprietor Danhenry (one name only) gives away to whoever wants something. “I refuse to take money,” he insists. 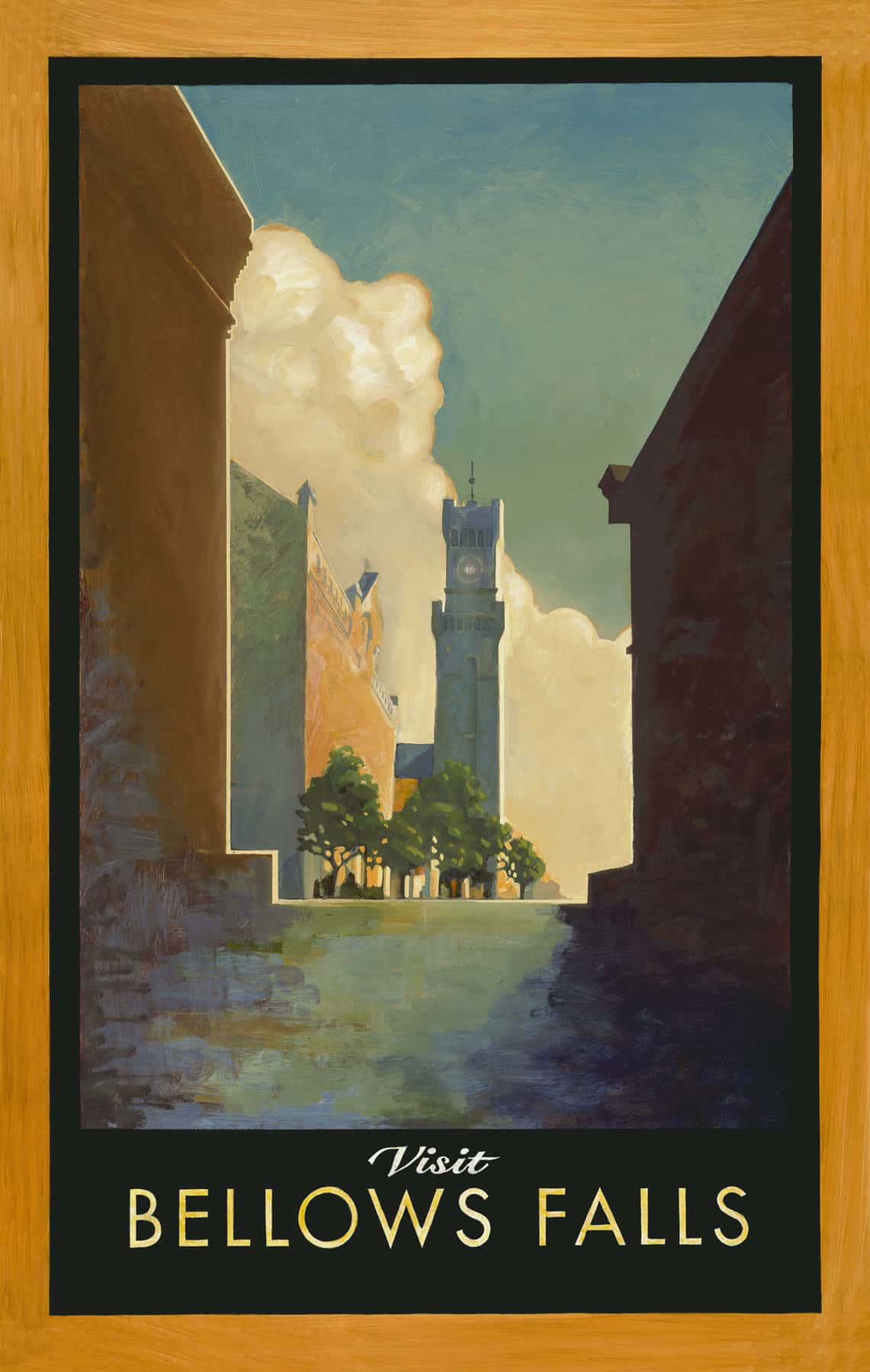 Bike Project founder and executive director Bonnie Anderson moved from Burlington, Vermont, a few years ago partly because, she says, “I love the character of Bellows Falls. It kind of takes you back in time. You can find everything you need downtown—a hardware store, a printer, a bookshop.”

There is also a couple of antique stores; an espresso house; an art gallery; a few midscale restaurants; and a 500-seat cinema in the Bellows Falls Opera House, which underwent a $3.6 million renovation in 2006.

Artists exert a low-key impact on the small downtown that radiates outward from the Square. This piazza-like setting includes several well-preserved nineteenth-century buildings, as does the town’s main residential neighborhood; both areas are a short walk from Bellows Falls’ Amtrak station. Glassblower Chris Sherwin, for example, operates a shop and studio in the same former mill where Hunter paints. Sherwin crafts colorful sculptures by means of a “glass-painting-on-glass” technique that he says is unique to the eastern United States.

The growth of the arts scene has largely resulted from the efforts of Robert McBride, a transplanted New Yorker who became a local impresario. McBride’s nonprofit organization, the Rockingham Arts and Museum Project (RAMP), built 10 affordable downtown apartments for artists that he says will help Bellows Falls “avoid gentrification.”

And yes, McBride confirms, it’s the sort of town where one does, on occasion, hear locals use the spoonerism for Bellows Falls.