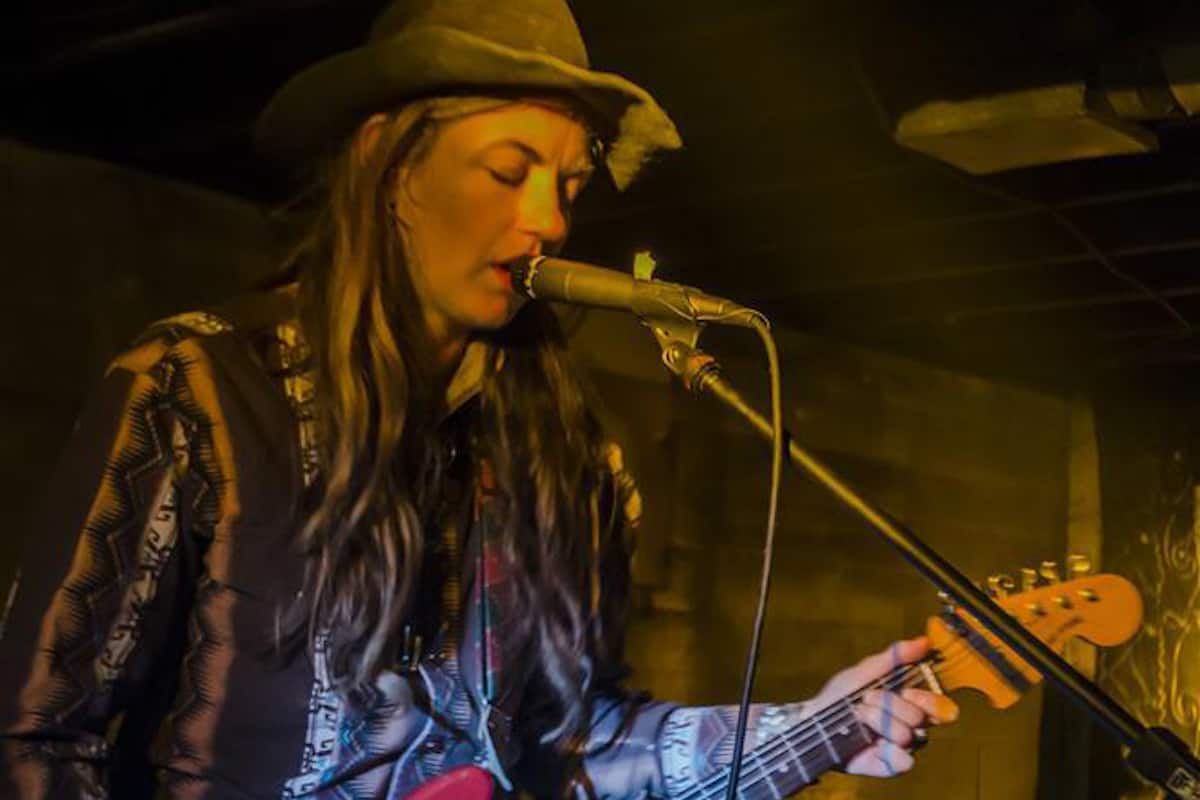 Musical multi-tasker gives us the low-down on the underground such as Caethua’s “enchanting hymns” from rural Maine.

We asked him for some of his top picks for Maine musicians flying under the radar. Among them was Clare Hubbard — now McNamara after her marriage last year to Dylan McNamara. McLaughlin described Hubbard’s music this way: “Enchanting hymns truly out of the forest. Makes bleakness resplendent like the winters she knows so intimately.”

We caught up with McNamara by phone on her small goat farm in Anson, Maine. She was totally surprised to be on McLaughlin’s radar. “That’s beautiful!” she said.

McNamara, who plays guitar and harmonica under the name Caethua, calls her music “pretty emotionally charged. There are a lot of minor keys, I’m told.” Her latest album is Red Moon put out by Bathetic Records.

“I started playing during sap season when we were cooking down sap,” she says. “It was nice to have a little instrument with me to play and make little songs.” Hubbard, who has played music since she was around 8, says her first focus was more electronic. “I wanted to return to simpler times and playing guitar and singing,” she says of her recent musical efforts.

While Hubbard has lived in Maine for a while and enjoyed being anonymous, now she says she’s enjoying getting to know her rural neighbors. “At first I didn’t admit to strangers or neighbors that I played music. I didn’t want to talk too much,” she says. “It was nice to go on tour and be anonymous. But now I have met some lovely musicians locally.”