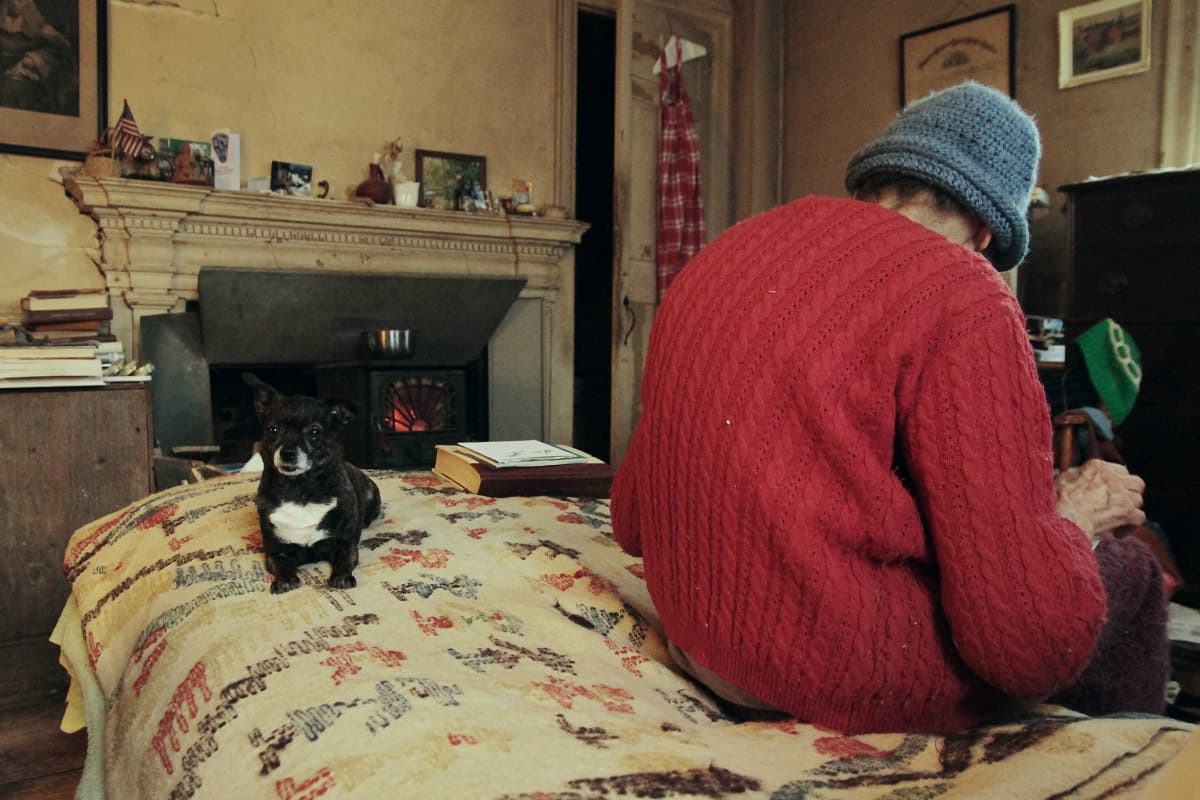 Photographer Pola Esther inhabits the life of Ruth Ann Brown Coxe in a new exhibit at the Florence Griswold Museum.

Pola Esther, the Polish-born photographer and mixed-media artist who divides her time between New York City and Old Lyme, hasn’t gotten the hang of certain conventions observed by artists. Her website bio is entitled “Pretty Me,” there’s no résumé, and her narrative is just 27 enigmatic words.

“The legend says Pola Esther was kissed by the Pope and that event made her who she is. Born in Poland. Based in the USA.”

The sense of mystery evokes Balthus’ quote, “Balthus is a painter about whom nothing is known.” Esther shares Polish heritage and an affinity for eroticism with Balthus, once telling Metal Magazine her aesthetic sensibility gained cinematic qualities from viewing “fornication” on late night TV as a young Catholic girl. 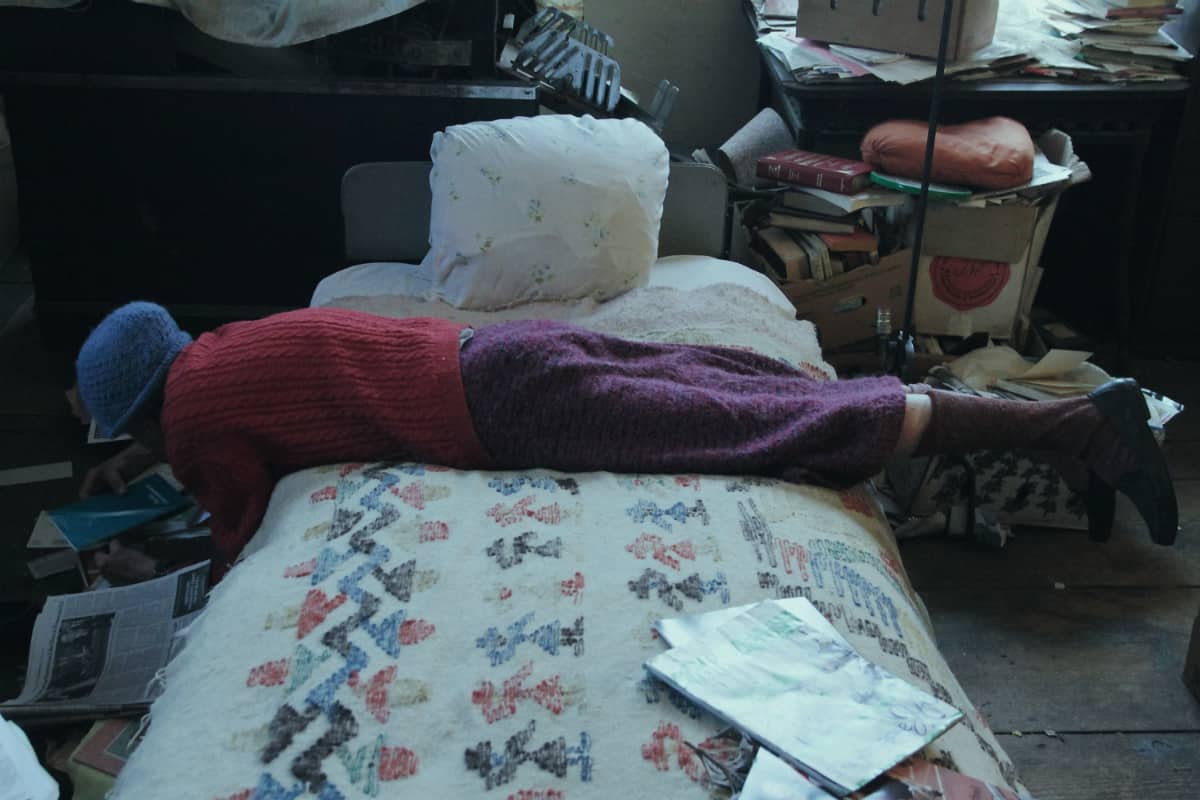 Red Sweater: Searching for the Truth (from The Girl The Woman series), 2013 Archival digital print

Nudity and eroticism is thematically important in Esther’s work—notably in the Dream About a Dream and Mutual Attraction series—but it’s a riff for the margins when considering her current exhibit at the Florence Griswold Museum of Art in Old Lyme. In a Room of Her Own (Ballad of Ruth Coxe) creates a captivating portrait of her late Old Lyme neighbor, Ruth Anne Brown Coxe, who died at age 85 in 2015 after an iconoclastic life in which she championed the La Leche League in its infancy, ran an organic farm, evangelized for natural foods, and traveled the world to study traditional agricultural practices before any of that was considered “normal.”

Coxe also fought a legal battle to hold onto her deteriorating 18th-century house and farm in Old Lyme. “The house was everything to her,” says exhibit curator Amy Kurtz Lansing. “The house has this amazing presence. It was like walking into a Walker Evans photograph. You feel how time has registered on this place.”

Esther first met Coxe at the nearby residence she shares with fiancé Brian Keith Stephens, a painter. “She would come into the house and be like, ‘Yooo-hooo,’” Esther remembers. “That’s how I first saw her.”

Photos of Coxe, the house, the farm, protest placards, things from the house itself and much more powerfully reflect what the museum calls Coxe’s “own chaotic universe.” Esther pushes things to a higher plain with the In Her Clothes series of nuanced, cinematically rich photographs in which she photographs young models pose in the house wearing Coxe’s clothes and holding emblems of her beliefs. 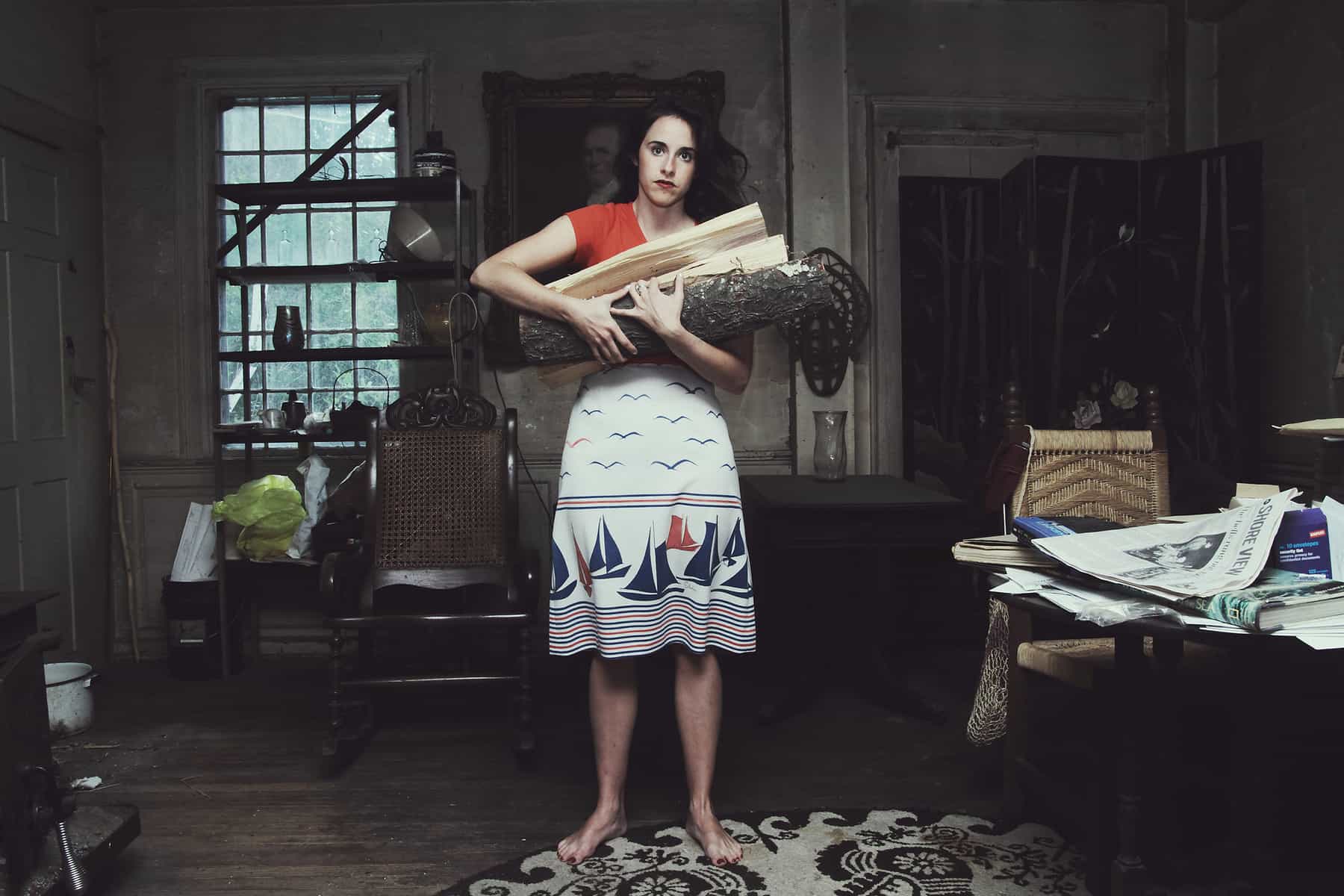 I MakeYou Warm (from In Her Clothes series), 2015-2017 Archival digital print on fabric

Esther’s identity was forged in Lodz, Poland, home to the famous Lodz Film School, where she studied at the University of Lodz and was involved in theater, photography and film. She came to the Connecticut around 2012, initially to be involved in theater.

Her affinity for “active engagement” runs like an electric current through her work, including a series chronicling the making of Blondie’s music video for the 2017 song Fun. Debbie Harry is fabulous at 72, but the cast and crew become star players in these hypnotic photos.

As far as that “Pretty Me” papal kiss, Pope John Paul II presided over Esther’s First Holy Communion. The museum fills out Esther’s bio a bit, saying she has exhibited internationally, was the artist-in-residence at the Hygienic Art Gallery in New London in 2010-11, and has exhibited locally.