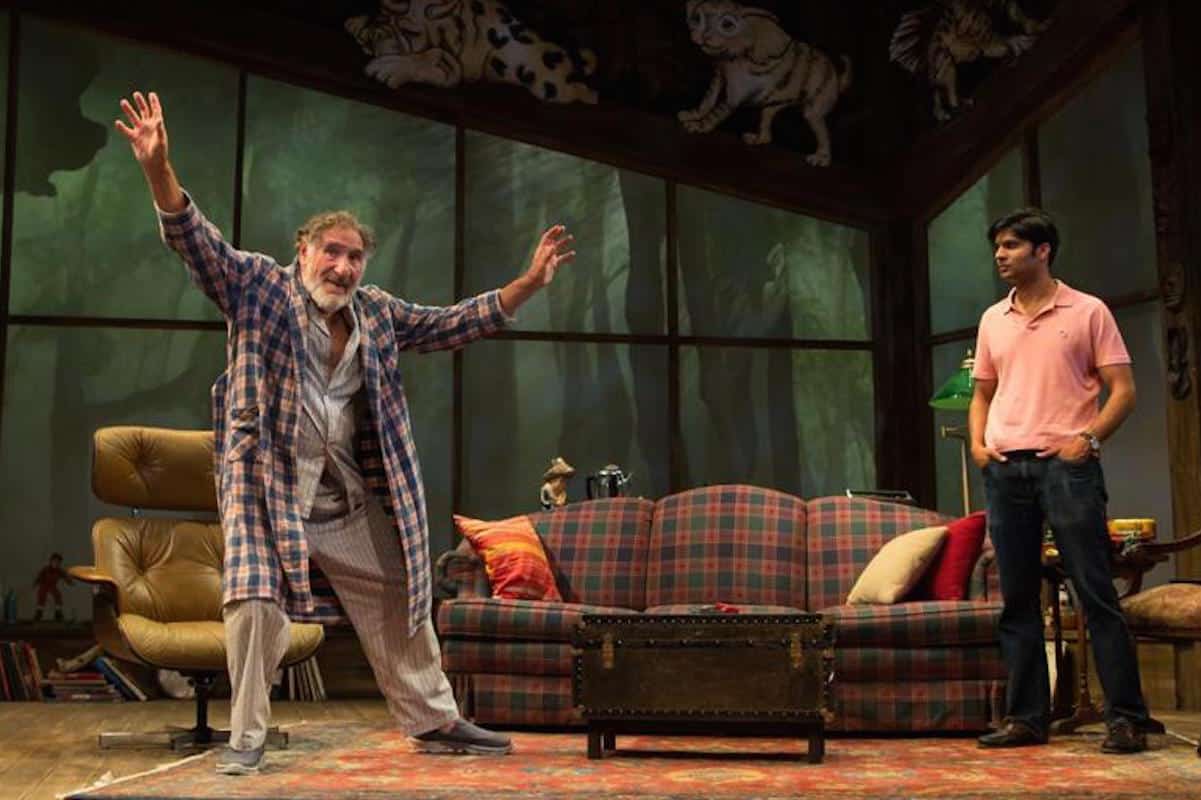 The Berkshire Theatre Group, in association with Darlene Kaplan Entertainment and Brierpatch Productions, is presenting the world premiere of Shem Bitterman’s The Stone Witch. Wrapped up in an exquisite set design by Yael Pardess with projections by Rasean Davonte Johnson (using Pardess’ imaginative illustrations), and rich with an equally exquisite music score by Roger Bellon and Bellchant Music, a writer’s studio in the country becomes a fantasy playground for a famed children’s book writer/illustrator (Judd Hirsch), his editor (Kristin Griffith), and an up-and-coming writer (Rupak Ginn). 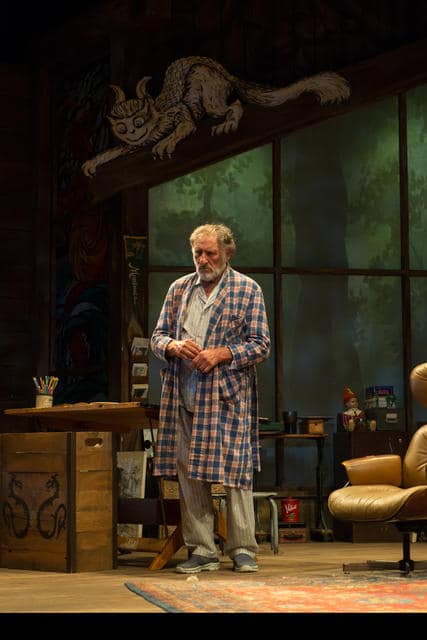 Hirsch as Simon Grindberg, is internationally renowned for his work, but in Shem Bitterman’s comedic drama, he hasn’t produced any new work in twelve years, and his editor, Claire, needs one more best-seller to keep his brand alive. So, she sends an aspiring author and illustrator and fan, Peter, to keep Simon on track. Simon is eccentric, but he’s fascinated by one of Peter’s characters, the “Stone Witch”. Simon at first rejects Peter’s help, but later, the two of them bond in unconventional and tempestuous ways, as the play moves rapidly towards a conclusion with several plot surprises, along with some unanswered questions, that kept me replaying some scenes in my head. Bitterman’s writing is contemporary in language, but at times, hints of poetic come to the surface. He has written good characters. Zuckerman’s staging is crisp.

It’s nice to see Judd Hirsch return to the stage. He’s achieved so many accolades in his film and TV work, but Hirsch also has a legendary career and two Tony Awards for his work in live theater. He’s solid as the eccentric writer and well-directed by Steve Zuckerman. Kristin Griffith is excellent as his editor, caught between a real concern for the Hirsch character while trying to balance protecting the brand of the writer’s work and encouraging a holiday season best-seller. Rupak Ginn as Peter, the young author intent on keeping the older writer on track, gives the most nuanced and balanced performance. Hirsch’s character is world-weary, while Ginn’s is youthful and optimistic. Playwright Bitterman has made Ginn’s character a perfect foil for Hirsch’s theatrics, and Ginn delivers. 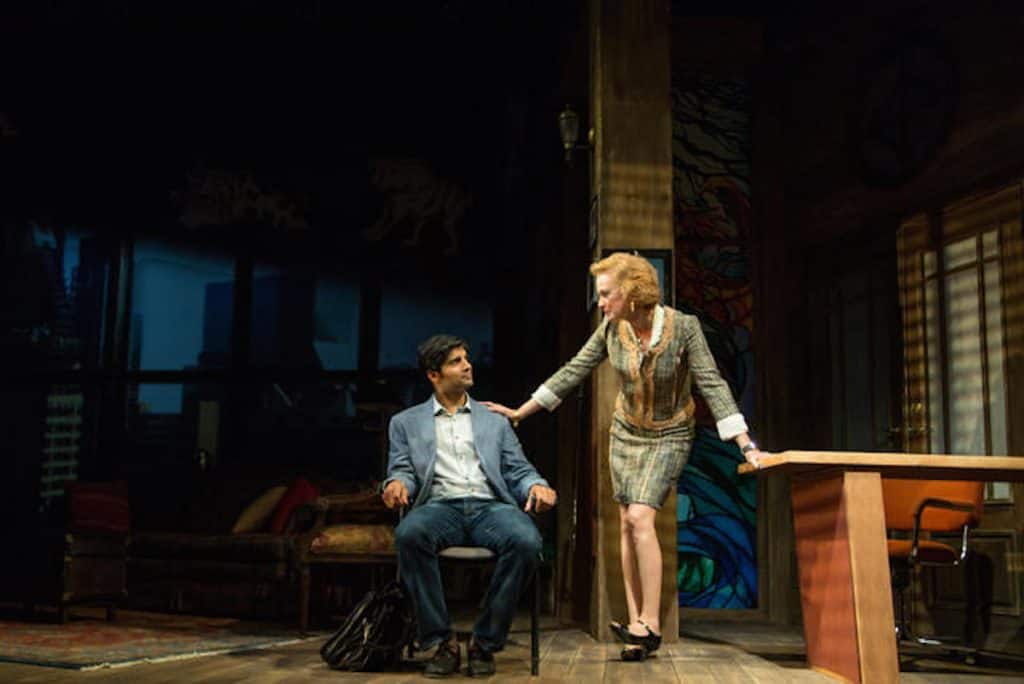 Berkshire Theatre Group and its co-producers have high hopes for The Stone Witch and anticipate a New York run in the future. Theater-goers may be urged by the idea of seeing Judd Hirsch onstage, as they should, but they will likely leave the theater wanting to see more from Rupak Ginn. Berkshire Theatre Group’s Kate Maguire should be commended for programming new works as part of the season line-up; it’s certainly an artistic, and financial, risk for any theater to showcase fresh voices, and the opening night audience seemed more than willing to go along for the ride.

This review originally appeared in the Westfield News Group.