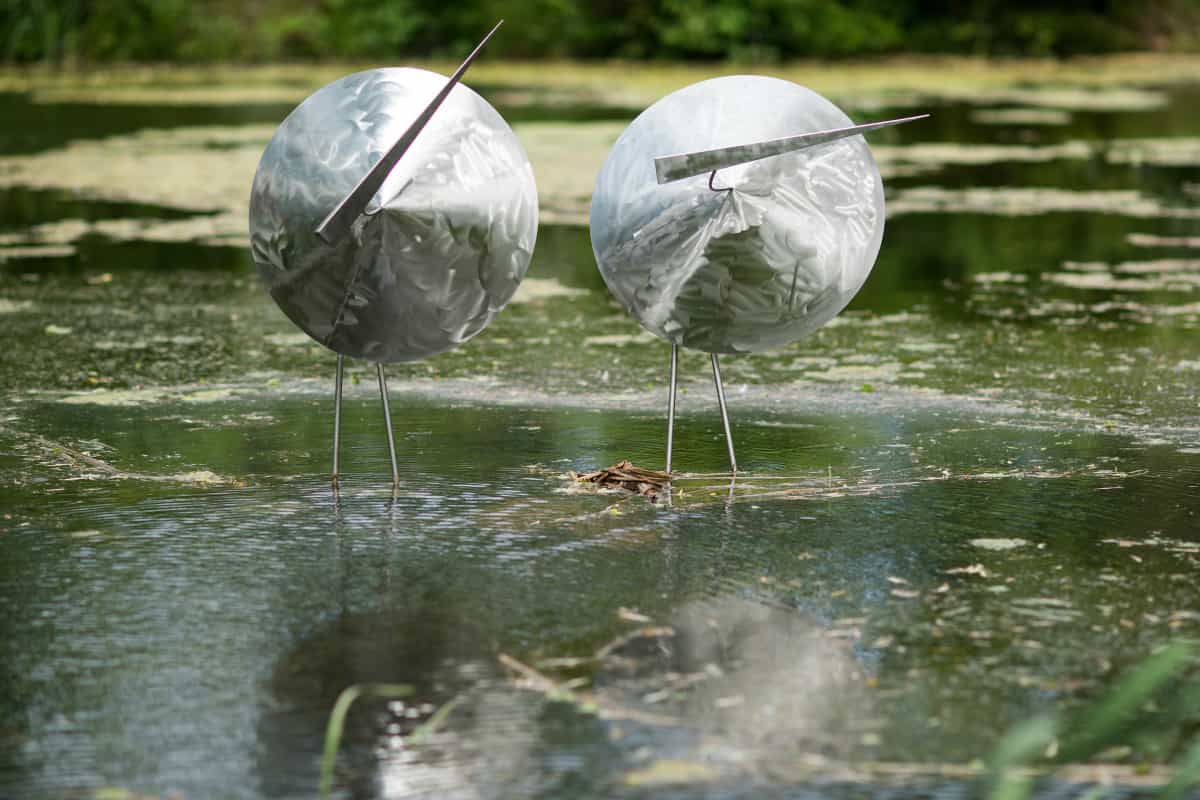 Each of George Sherwood’s reflective, kinetic sculptures will challenge your perception of what is natural and normal.

The intriguing pair of reflective swan-like birds perched in the pond at the Shelburne Museum in Vermont isn’t some elaborate mirage or gang of alien creatures…that’s just a few of the many kinetic sculptures found across the museum grounds. The sculptor, George Sherwood, has been doing this kind of work for over three decades, starting first with experimental theater, costume design, and engineering. Today, the artist, who was raised in Connecticut and now resides in Massachusetts, has many sculptures of all types across New England and the United States. 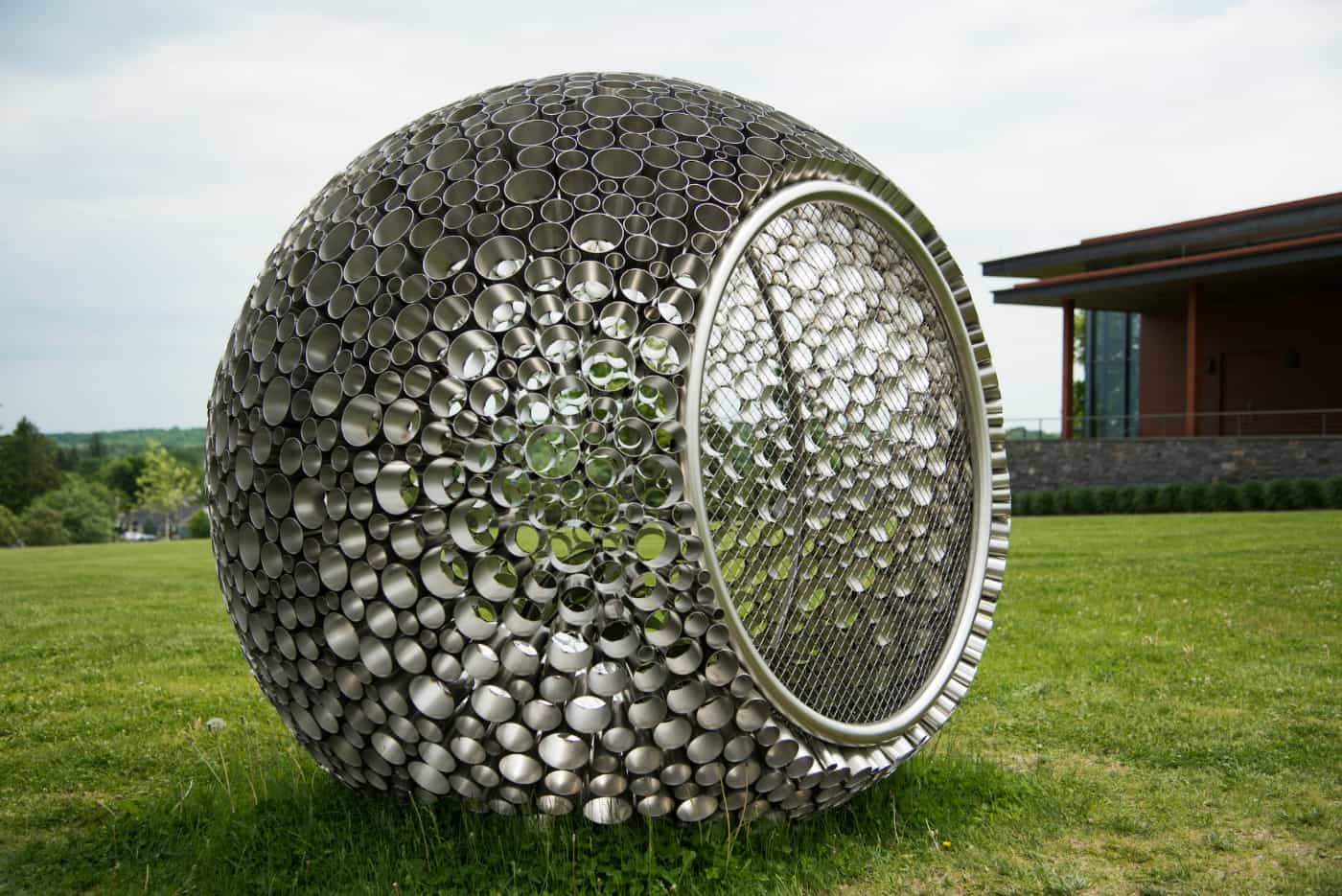 Wind, Waves, and Light, the exhibition featuring Sherwood’s work at Shelburne Museum, spans across the museum grounds with eight large-scale stainless steel sculptures activated by the wind. Facilitated by an intricate organization of circulating joints, each kinetic sculpture rotates, flexes and swirls in its own way, reacting and sometimes blending into its environment, “Each sculpture is a three-dimensional painting of shifting light,” said Sherwood “drawing all the colors of the environment, pulling down the sky, drawing up the earth and gathering everything in between.”

The surfaces and shapes of these sculptures are sleek, shiny, and cylindrical yet still manage to slot in perfectly among the greenery and other natural formations at the Vermont-based museum. For example, the large, angular tree-like sculpture stands in imitation and solidarity with the living trees and grass. Sherwood’s other piece, Memories of Fibonacci, sharply contrasts its surroundings and intensely reflects light back at the viewer while still appearing natural in its ornate arrangement of circular patterns. 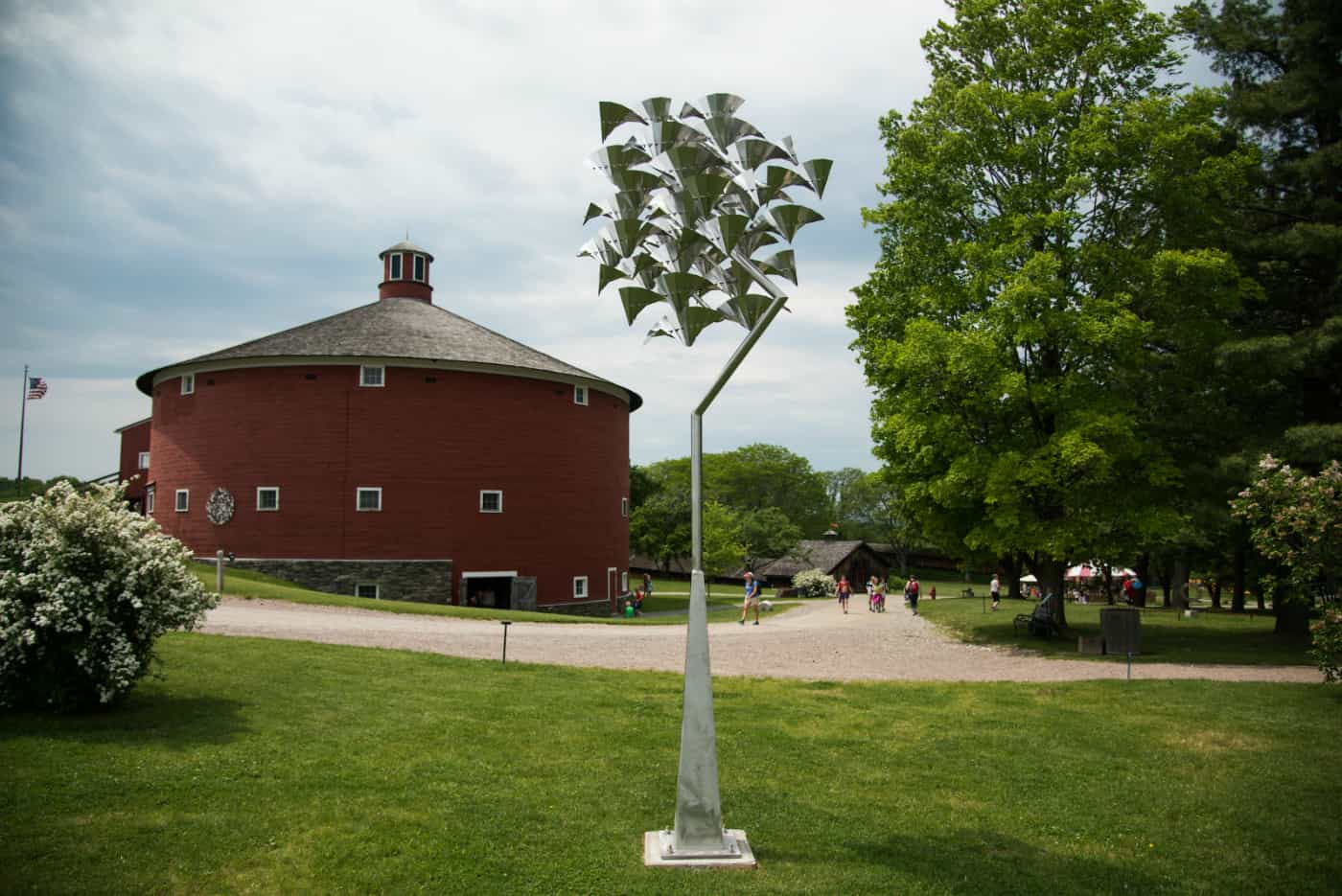 Clearly, these sculptures must be seen in person to fully understand their power. What’s most intriguing about Sherwood’s work is their actual movement, the kinetic aspects of the work and the ways in which each piece reacts to the surrounding wind, waves, and light. 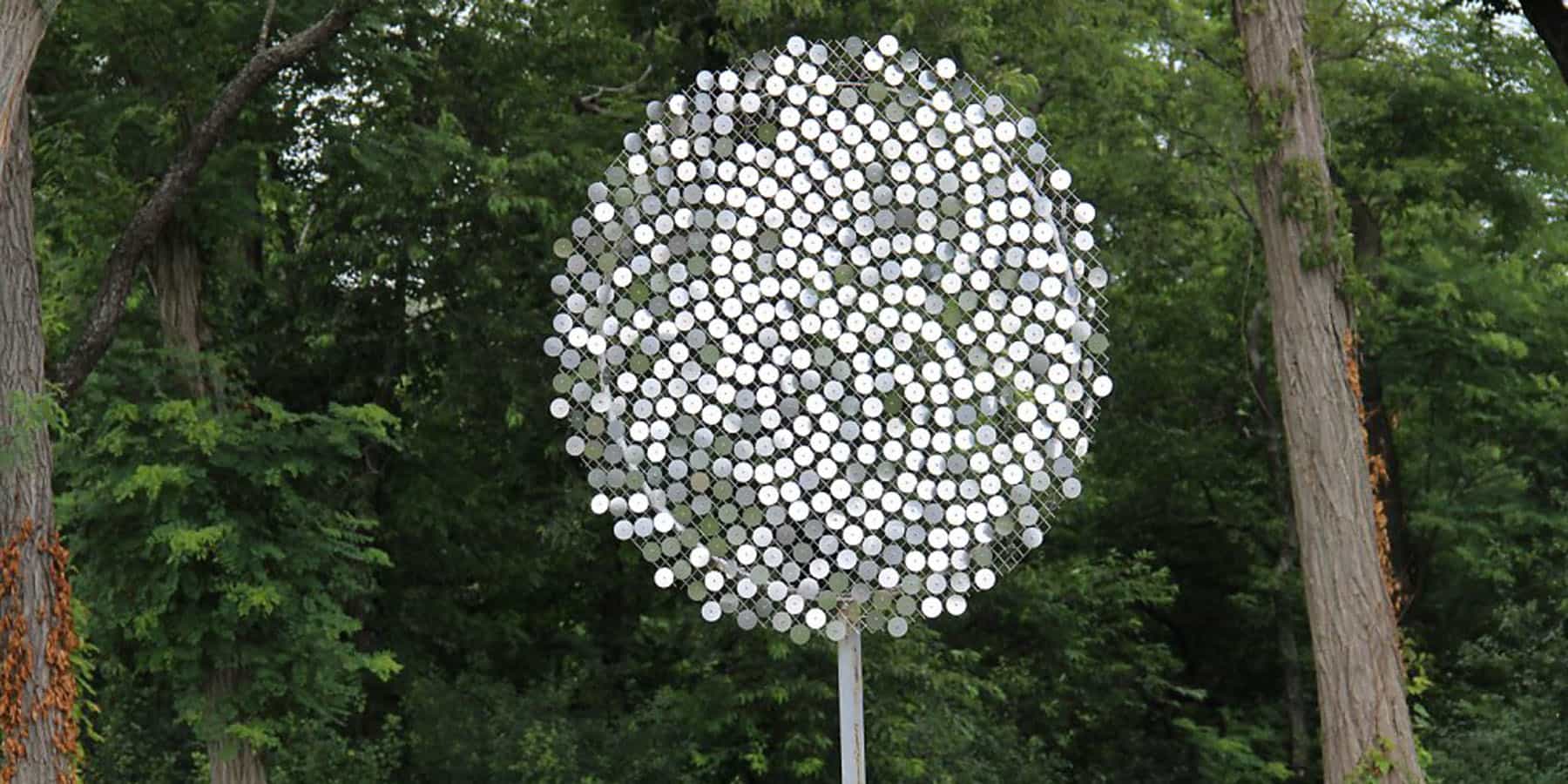 George Sherwood is a Massachusetts-based artist and engineer, producing works across New England since the 1980s.  Wind, Waves, and Light is on display throughout the Shelburne Museum grounds in Shelburne, Vermont through October 6, 2016.