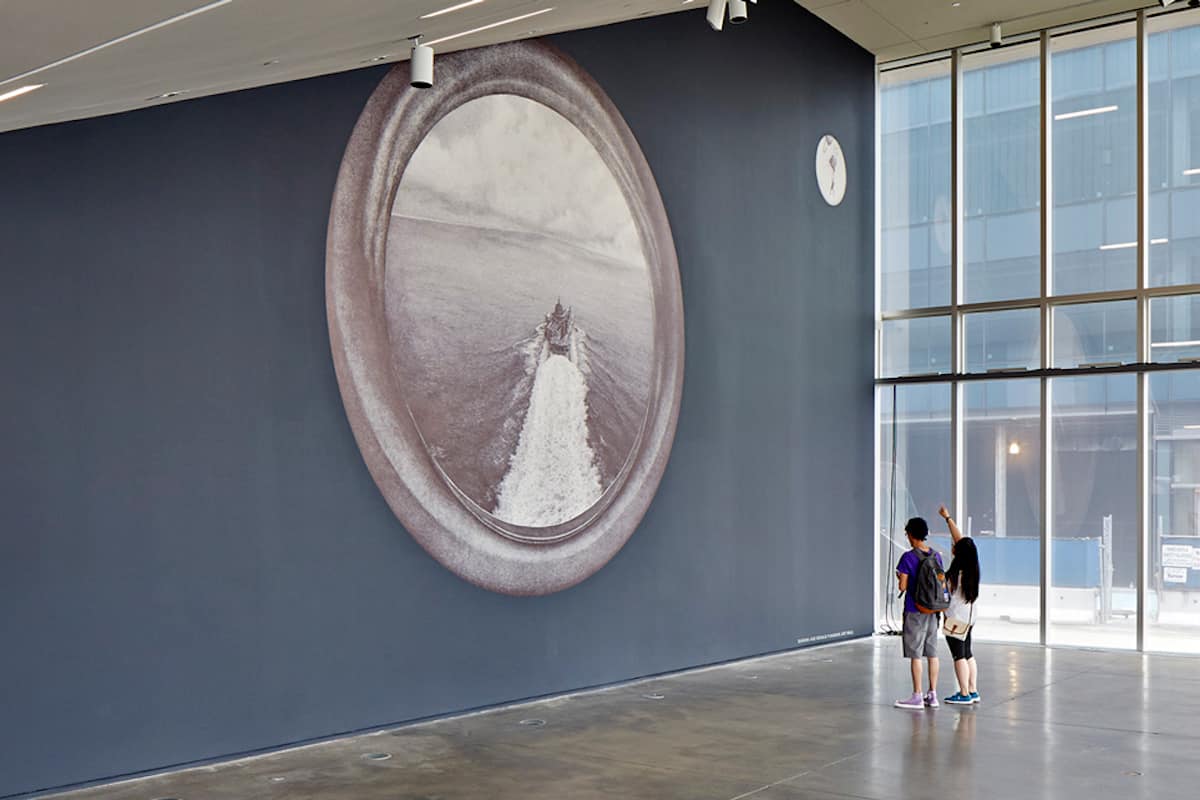 To see ”Seastead,” you walk through Boston’s Seaport district in the process of rearranging itself: out of the Silver Line’s not-a-train-station, too-shiny-to-be-a-bus-station Courthouse stop; through a maze of plywood and newly poured sidewalk; past the buzz of District Hall’s filament bulbs and brogrammers; and across a pristine park in the shadow of ever-higher high-rises and bordered by sailboats, shipping containers, and retail space built to look like shipping containers. As you enter the lobby of the Institute of Contemporary Art, your eyes catch the circular frame of the mural as it rises up into the ceiling. The frame seems to punch through the museum and into the harbor, its lens-like focus trained on a distant aircraft carrier making off with a cathedral askew on its deck. 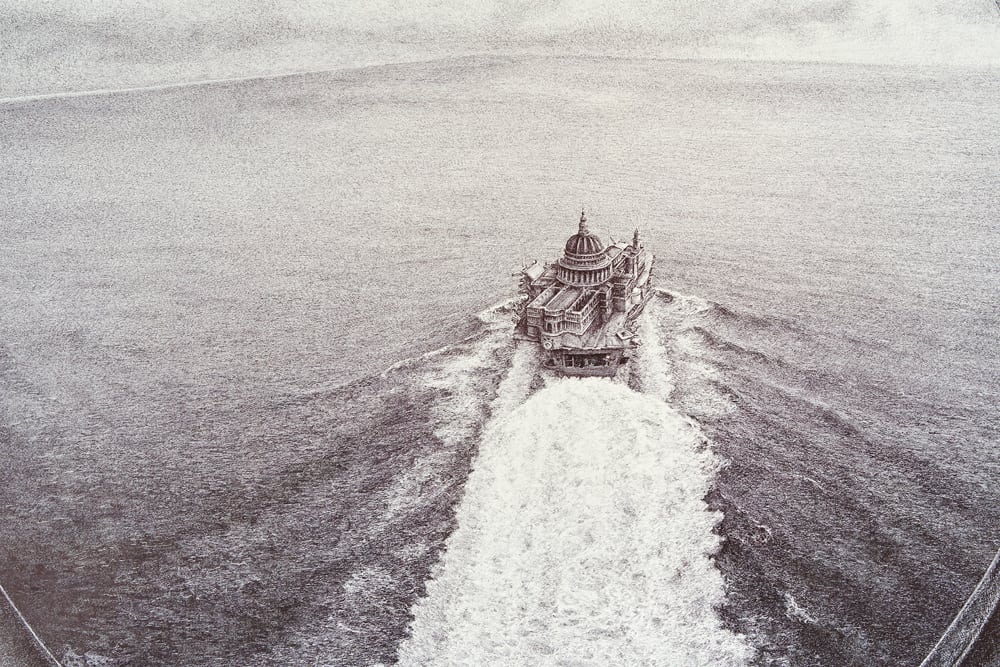 “I was flying into Boston on a beautiful clear day and was comparing maps of early Massachusetts in [Nathaniel Philbrick’s Mayflower] with what I was seeing out the window,” says Ethan Murrow, the mural’s creator, who teaches painting at the School of the Museum of Fine Arts. “I knew that the city had in-filled like crazy to develop and grow, but it was particularly striking in that moment as we circled the harbor and you could see cranes and the new building boom so visibly.”

Stepping closer to the wall, you can see the innumerable strokes of black permanent marker that form the greyscale seascape. It’s evocative of historical engravings and illustrated editions of Moby Dick, but irreproducible and ephemeral by virtue of its scale and medium. “The pens have a dry quality much like that of pencil,” says Murrow, “and this allows an artist to slowly build through mark making instead of blending through washes with a viscous material like paint.”

This is not Murrow’s first large-scale site-specific work executed with office supplies. Murrow chose Sharpies broader than those he’s employed in previous wall drawings at the DeCordova, Facebook Boston, and elsewhere — “chip” and “fine tip” this time, rather than “extra-” or “ultra-fine.” Still, “Seastead” took Murrow and three valiant assistants 11 10-hour days to complete. 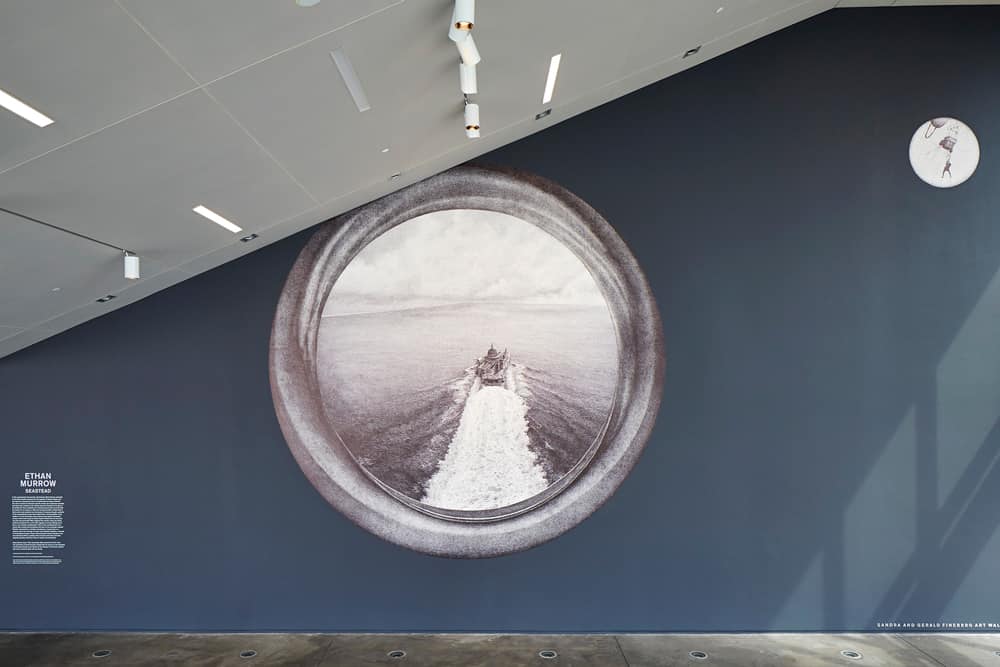 “We were extremely tired, and our arms felt like jelly when we were done,” Murrow recalls. “This gradual construction is a labor of love. I think it’s important, in part because I want to assert through the work that the intensity of the making is related to the content and imagery, which in this case deals with a dramatic scene of escape or extraction.

“I find it intriguing to live in a city that is in transition,” says Murrow, reflecting on his wariness at rapid construction and what it means for coastal communities. Planning for “Seastead” was informed by a concerns about potential rises in sea level. “I’m intrigued by moments when human needs and desires arc up against big facts of rock, water, and sky and cause failure and disaster.”