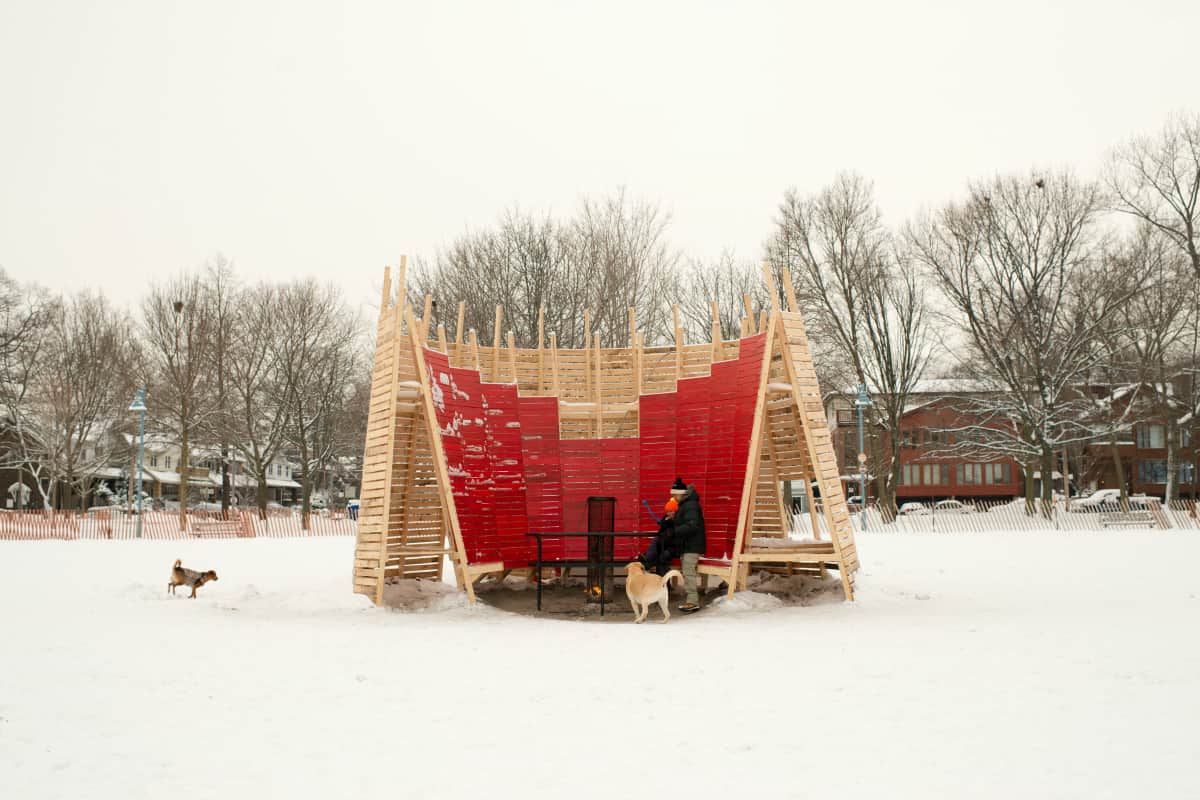 Typodesine is a design practice that seeks to engage a middle ground between art, architecture, and furniture design.

Tim Olson’s job in life is to take the inordinately complex and make it as functionality seamless as possible. A multiple award-winning architect interested in the utility and stability of structure, Olson’s background in sculpture also informs the exteriors of his finished work. Developing his professional skillset as a fulcrum between the two disciplines can be a rather fine line, but it’s the middle way between the two where Olson and his work thrives. 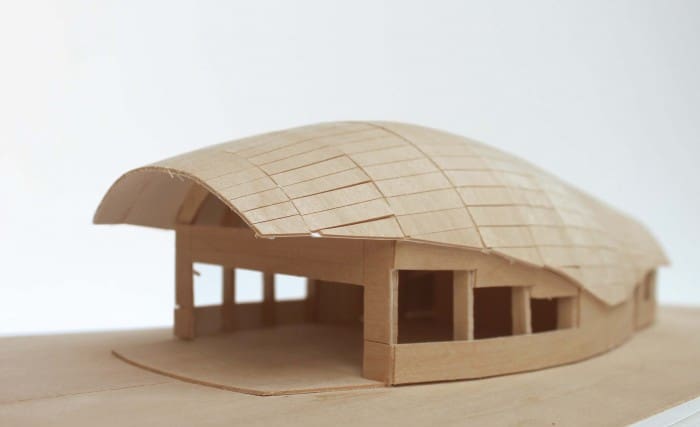 Olson received a Master of Architecture from MIT in 2011. After attending a lecture by Tedd Benson at the Harvard Graduate School of Design, Olson was so impressed that he decided to move with his wife and two young children to New Hampshire to join Benson’s Walpole-based architecture firm, Bensonwood. Olson says he chose Bensonwood because “it seemed radical in that they were just doing the work, doing the academic work, designing real projects then realizing it.” Just as importantly, Bensonwood is a hands-on facility where the architects are also sometimes responsible for creating aspects of the finished work by hand, skills that are more classically associated with tradesmen. The combination fits Olson perfectly.

“There’s a craft tradition in New England that Bensonwood builds off of that I have affinity for,” he says. “If you talk to Tedd, he’ll tell a story about finding old timber-frame houses in Walpole and deconstructing them to see how they tick. This place is an anomaly in that it’s rooted in a rural area. It’s all the contradictions that I find appealing in a place. It’s super high-tech, but the vast quantity of the output is low-tech. It’s timber-frame; this place is rooted in New England.”

Olson first began work as a visual artist, but found it unsatisfying. “It was an interesting practice,” he acknowledges, “but it wasn’t collaborative enough, or tied enough to specific problems. Architecture ends up relying on relationships with many people. No building is built by one person or designed by one person. It involves a team; I enjoy the collaborative environment. Installation art can get close to this, but making space is the territory of architecture.” 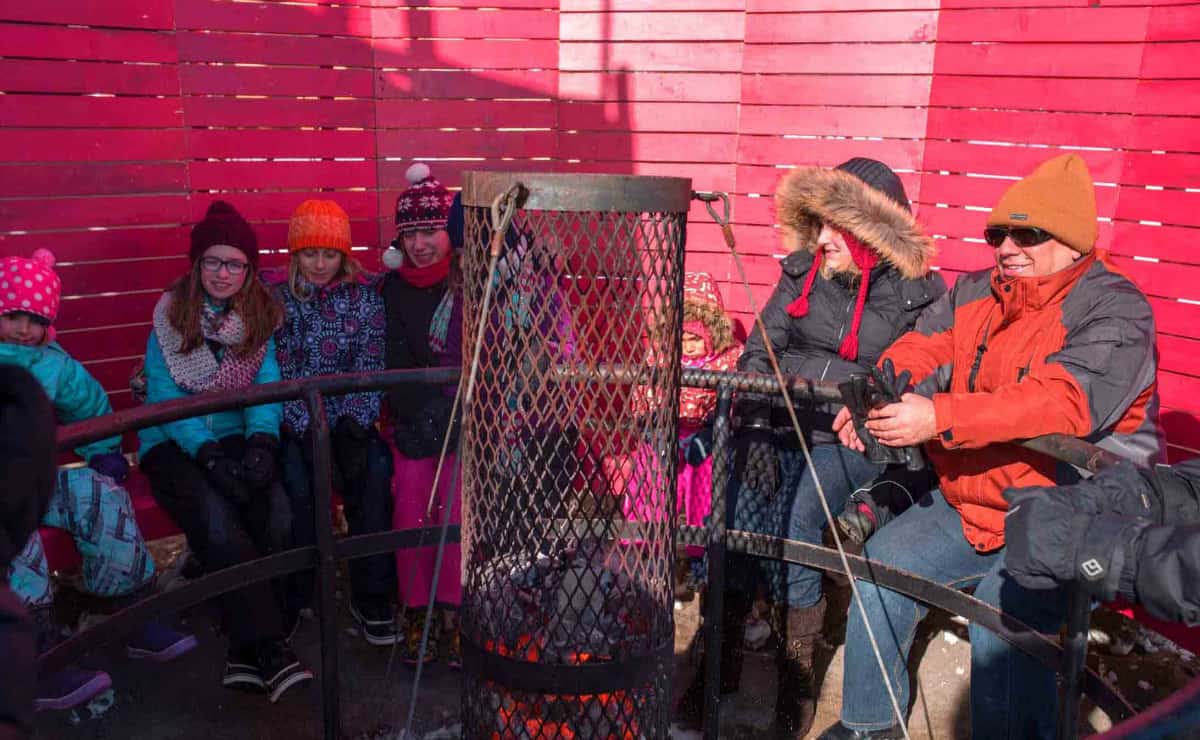 Inside the Wing Back design | Photo courtesy Tim Olson

In 2015, Olson was one of four winners of the Toronto Winter Stations Design Competition, part of an initiative to turn snow-covered lifeguard stands in the city’s beach area into art installations. His entry, Wing Back, is modeled after a cozy wingback chair, and features a chiminea-style fire pit at its center. The year before that, he won the 2014 Timber New England Competition with Coopered Column, which was developed to demonstrate how large-scale structural columns could be designed to withstand the loading conditions of tall timber buildings.

“In order to structure taller buildings,” he explains, “you need to be able to connect materials and assemble it out of smaller pieces. Wood isn’t the ideal material to connect end to end. As you start stacking the wood together, you end up with weak points everywhere. What Coopered Column does is finger-joint these two things together.” The idea for Olson’s design comes from cooperages, where wine and whiskey barrels are made. “Using the cooper, the screws help keep the form from buckling and holds the vertical load, but also knits these two things together the length of the materials so you’re able to make a taller thing. It demonstrates the ability to withstand these forces by taking what would have been a cylindrical column, turning it into a cone, then cutting it. It forced an asymmetrical load as if there was wind being blown on it.”

Olson chose Port Orford Cedar for his curvaceous design, mostly for its aroma. “It smells natural, resinous. The wood itself is probably not what you’d use to structure a tall building, but to put that wood in a gallery was part of the point. Have you ever been to the Earth Room in New York? You get out of the elevator and you smell it, you smell the Earth. The fact that you’re making a building out a structural material that smells good, that’s natural, was also part of the exhibit.”

Olson’s next challenge, one that’s closer to his leanings as an artist, is the development of a small furniture company he calls Typodesine. His first prototype is a deceptively simply chair. It’s a smooth, modern, surprisingly comfortable piece, cut expressly from plywood. “I think furniture design puts you in touch with a manufacturing idea,” he says, “ideas about materials, about texture, about ergonomics. I think those things feed into architecture in a different way—a much more tactile, more intimate sense. My hope is to end up with something unique.”

As for how he merges his work as an architect and as his ideas for developing Typodesine, Olson is quick to reply. “It’s a matter of exposure and growing beyond a kind of street installation. What am I working on this week? I’m working on furniture. There’s always a special part of a building that is somewhat of an installation. There’s always a lobby, a courtyard, a place where the public gathers that’s special. I’d like to see some of these ideas end up in real buildings.” 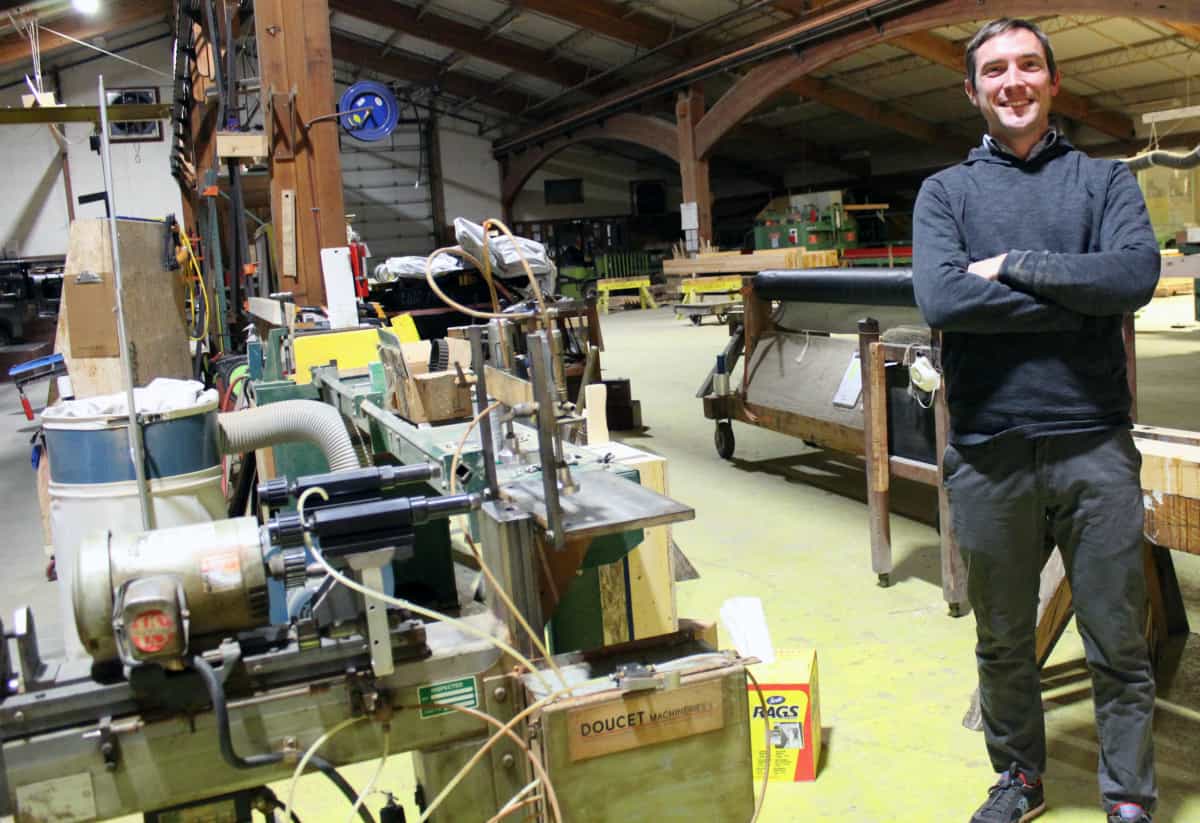 Tim Olson is an architect and designer living and working in Walpole, New Hampshire. Follow the Bensonwood team on Instagram. 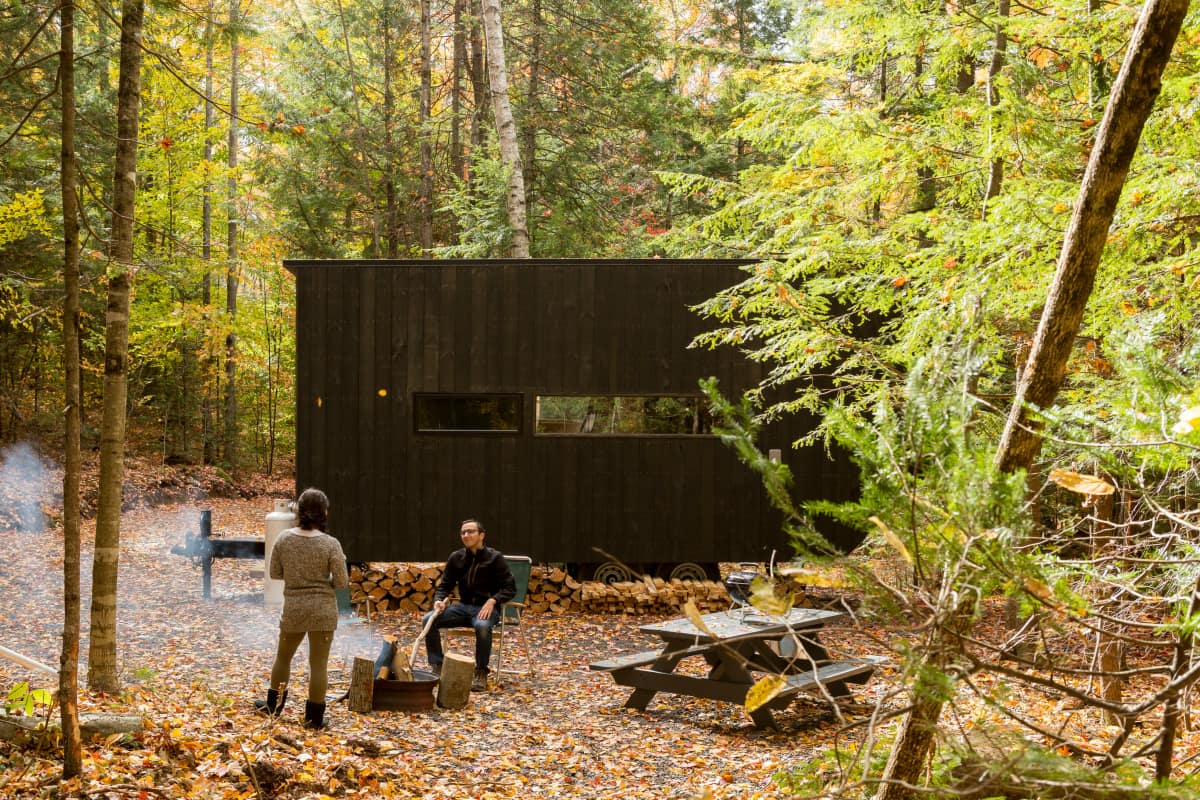