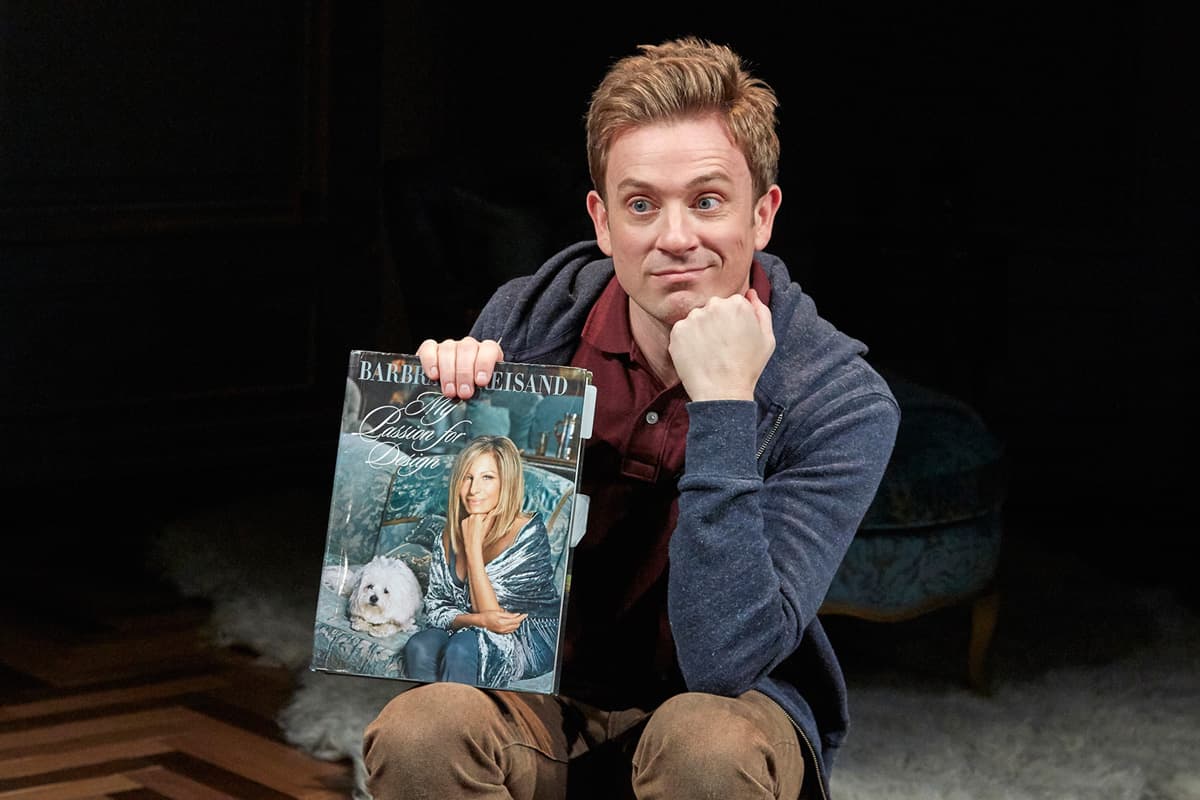 The one fact in TheaterWorks’ current play, Buyer and Cellar, is this: Barbra Streisand has a mall — no, that is not a typo — in her barn basement. She created it and apparently discusses it in great detail in her book My Passion for Design as a way to curate her curios, a method to manage her apparently substantive collection of stuff. The interior street of shops includes Bee’s Doll Shop, an antique clothes boutique, and a “gift shoppe,” among others.

The rest of the story in Buyer and Cellar, playwright Jonathan Tolins makes clear in his playbill note to theatergoers, is fiction.

But what fiction it is. Tolins imagines that Streisand hires a chronically underemployed actor to play storekeeper for her periodic visits to her collections. The resulting one-man play is tour-de-force as the actor — in the Hartford company’s case the very talented Tom Lenk — takes us into the cellar. We watch as his initial assumptions about the eccentricity of having a mini-mall in a basement grow into an appreciation of the actress as a result of her visits. It is a journey that is simultaneously hysterical and poignant. In addition to portraying Streisand — Lenk does not impersonate the star so much as suggest her, which is far more subtle and effective — he plays his jealous, frustrated boyfriend. Barry, among other characters.