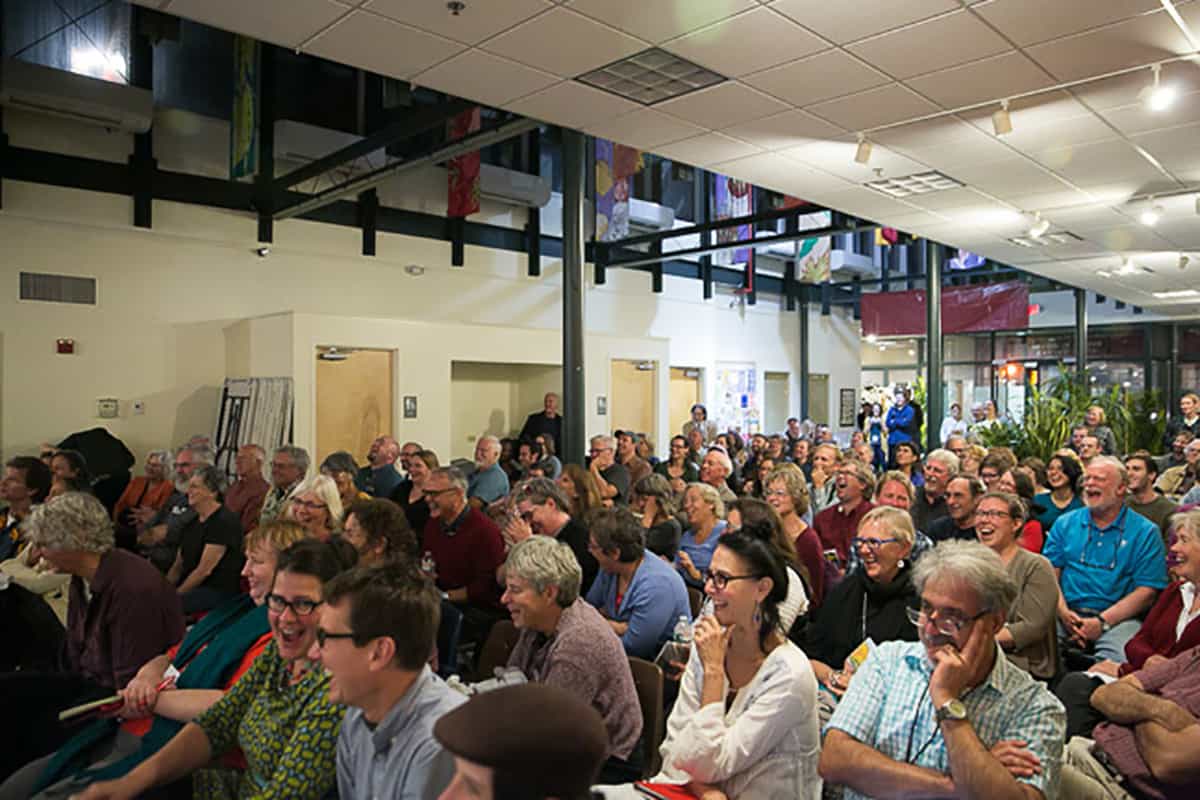 Professional wrestling fans have likely heard of the death match, in which fighters take it to the next (scary) level. But a literary death match?

Yes, such a beast does exist — albeit more tongue-in-cheek — and you can witness one firsthand at the Brattleboro Literary Festival this weekend. The match, which takes place Friday night, is one event in a four-day celebration of the written word that also includes 50 authors (Francine Prose, Ann Beattie, Vijay Seshadri, Ann Hood, and Bob Morris, among others), readings, panels, and other special events. All are free.

Here’s how Literary Death Match works: The readers (see below for this year’s crew) have seven minutes to read electrifyingly from their work. The judges rate them based on three criteria: literary merit, performance, and intangibles. Two finalists are chosen for the death match finale, with only one surviving to take home the Literary Death Match crown.

The intent, says local LDM producer Cindy Larsen, is fun. The first LDM she saw featured Jane Smiley getting shot with nerf darts. Roxanne Gay won that one, she says. Larsen worked with coproducer Sandy Rouse to bring the event to Brattleboro.

“It really appealed to me. Reading can be super stuffy. I start thinking about my laundry I have to do,” Larsen says. “This makes readings accessible to the general public. It’s like slipping whole wheat into kids’ muffins. You’re slipping in these great readings to a fun event anyone could enjoy.”

We caught up with LDM founder and emcee for the Brattleboro event Adrian Todd Zuniga, fresh off a trip producing a death match in Edinburgh, Scotland, to find out how the concept was hatched. It all started over sushi with friends in 2006.

At the time the trend for readings in New York City, Zuniga says, was to feature three to four readers, “one of whom was amazing, two were fine, and the other self-involved.” Some readings, he says, also featured comedians as warmup acts of sorts. “Anything to get an audience,” he says of this comedian ploy. “The comedian would be hyper-engaging and hilarious. And then a reader would be reading about a dead sister. It just didn’t fit.

“How could we make this more interesting?” he adds. “That’s the genesis.”

So they decided to add judges. “Some were vaguely in the literary world,” says Zuniga. “And it was a cool way to use celebrity. Judges give a context for the commentary. It’s fun.” 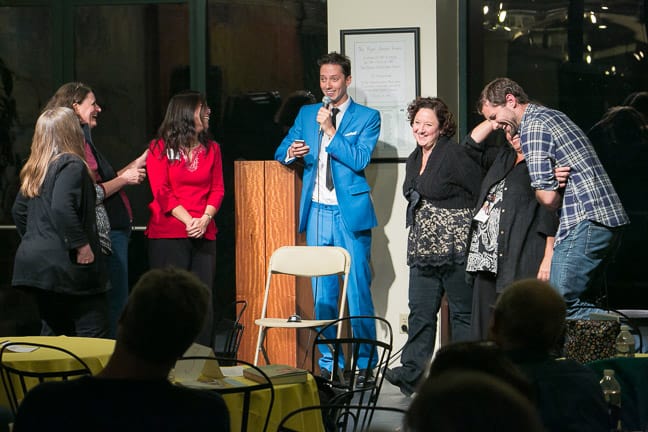 Today, Literary Death Matches have occurred in over 50 cities worldwide, most of them emceed by Zuniga. With finales that can include literary spelling bees — “finales are built on the concept of ridiculousness” — Zuniga has seen some silly moments over the years. In a recent LDM in London, for instance, David Cross (that’s Tobias Fünke to Arrested Development fans) was a judge when his wife, poet Amber Tamblyn was a reader. At the moment of judgment, he just walked off the stage, saying he couldn’t judge his wife. “It’s not life or death,” Zuniga says, “so enjoy it. Everyone leaves in a good mood.”

Humorist/writer Tom Bodett, who lives in Vermont, lived that judging experience firsthand a few years ago. “Judge is heavily italicized,” he says of his participation. “The whole thing is like the [Wait! Wait…Don’t Tell Me!] mockup of a game show. This is a mockup of a literary story slam.”

He was the judge for intangibles. “That’s the story of my life. I could basically say whatever I want, which great, because I was probably going to do that anyway.”

Pam Houston was one of the readers the year Bodett judged. “She was a rock star. The readings are phenomenal, nothing tongue-in-cheek about them at all.”

“What they’ve done, which is so brilliant, is put laugh-out-loud fun into what could otherwise be a dry story read,” Bodett says. “If you come for the stories, you should. They’ll kill. They’re amazing stories. If you want to come for the laughs, that’s great, because you’ll get some great stories, too.”

The judges in this year’s LDM are Ann Hood, multi-award winning author of The Obituary Writer and An Italian Wife; Ira Silverberg, Simon & Schuster senior editor and former lit director of the National Endowment for the Arts; and Bill Roorbach, bestselling, award-winning author of The Remedy for Love and Life Among Giants. Hood will weigh in on literary merit, while Silverberg will judge performance and Roorbach will focus on intangibles. 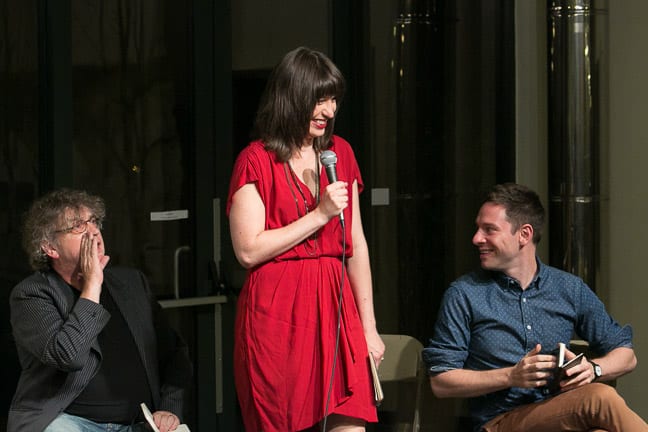 This year’s LDM readers are Mary Anna King, author of the debut memoir Bastards; William Alexander, winner of the National Book Award for his first book, Goblin Secrets; Joanna Rakoff, award-winning author of A Fortunate Age and the bestselling memoir My Salinger Year; and Bob Morris, Lambda Award-nominated author of Crispin the Terrible and Assisted Loving.