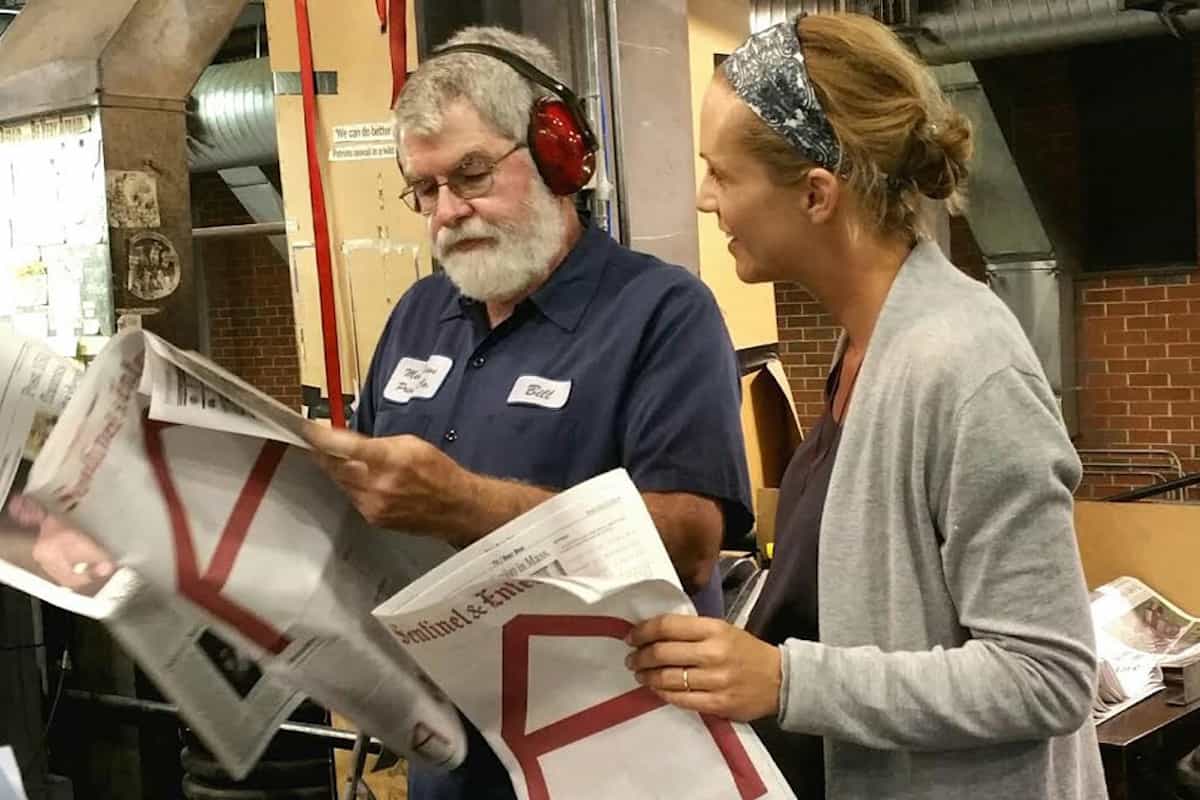 Read all about it: Visual artist, Anna Schuleit Haber turns Fitchburg, MA front page into a piece of print art!

If the rest of America’s newspapers had the vision of those in charge of the Sentinel & Enterprise, the daily paper in Fitchburg, Massachusetts, the newspaper industry might not be almost universally viewed as on its last gasps.

For 26 days, through August 11, visual artist Anna Schuleit Haber is taking over the front page of the newspaper. Instead of the typical headlines and images, the front page — as immediately clear on the first day — is instead a piece of limited-edition art.

The project, which is called “The Alphabet” and will feature a different letter of the alphabet each day, is a collaboration with Haber, typographers and designers from around the world, and the newsroom. The list of contributors Haber, who is the recipient of a MacArthur Genius Award, got involved is just one indicator of the excitement behind this project. They hail from seven different countries on four different continents and include graphic designers, typographers, calligraphers, stone carvers, and type designers.

New England is well represented and includes Dan Keleher, who runs a letterpress in Hadley, Massachusetts, and who chose the letter C, as well as Cambridge-based Matthew Carter, also a MacArthur fellow, who is the creator of web fonts Georgia, Verdana, Tahoma, and Bell Centennial. Cyrus Highsmith, who will bring us the letter G, is a Rhode Island designer who met Haber when she was at the Rhode Island School of Design. 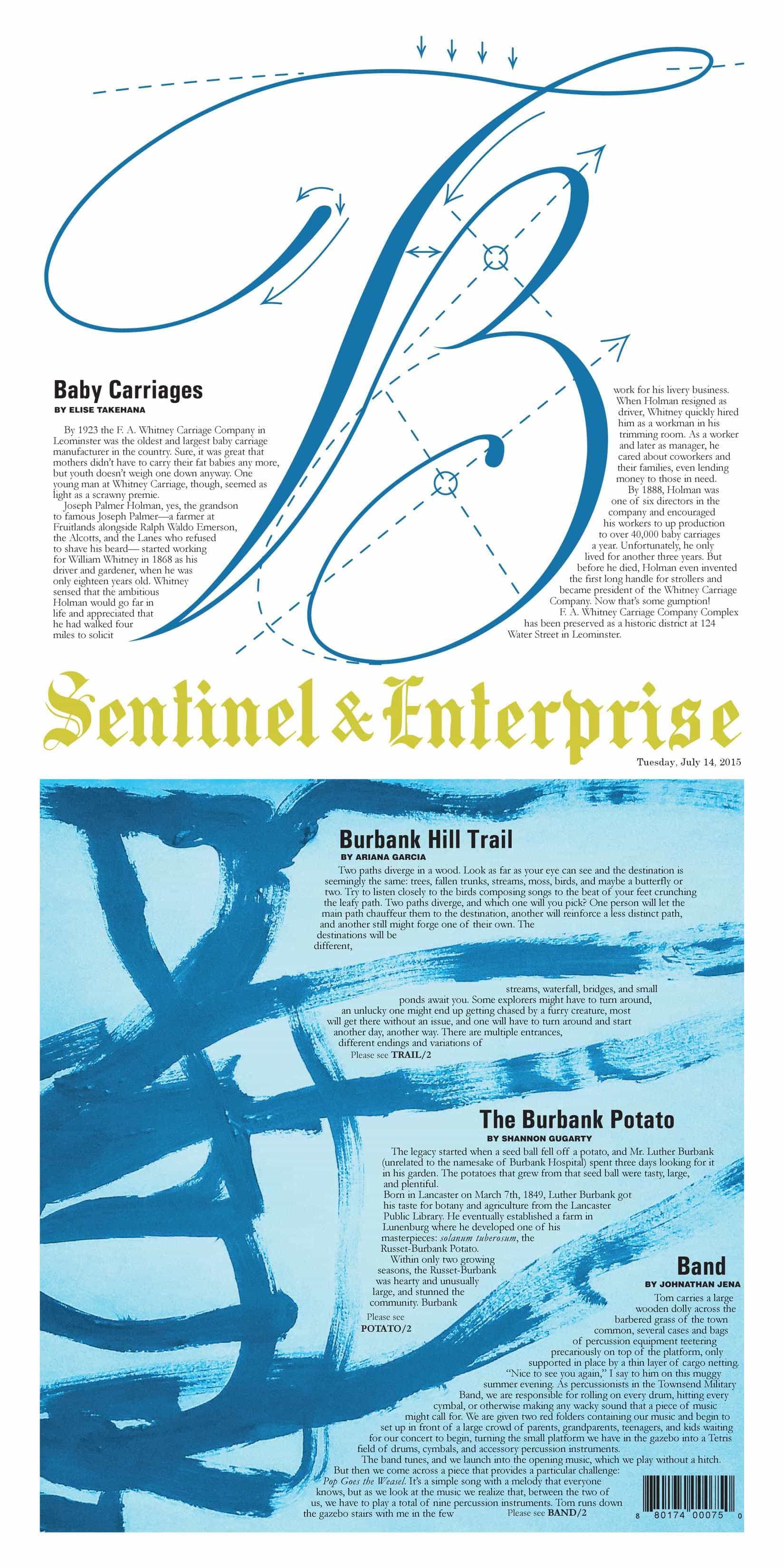 In addition to the letter art, the paper — in print and online — includes stories each day about the illustration and the contributors. “B day” features, for instance, included a piece on baby carriages and one on the Burbank potato. Haber will work as an embedded artist to oversee a cadre of local citizens, writers, poets, and high school and college students from the area who will create the written stories accompanying the art.

While many editors would be nervous about giving up a front page five days a week for over a month — weekends will still have normal front pages — Editor Charles St. Amand says he’s been excited about the project from the moment he was pitched by Fitchburg Art Museum Director Nick Capasso. The museum had commissioned Haber to create the final installment of a three-year National Endowment for the Arts Hometown grant to promote public art. Joining forces with the newspaper was her idea.

“As someone who designed the front page at my previous newspaper, The Sun of Lowell, for years and now decides what goes on the Sentinel & Enterprise’s front page every day,” he wrote in his editorial to readers, “I love engaging the reader in creative — and sometimes unusual — ways with Page 1.”