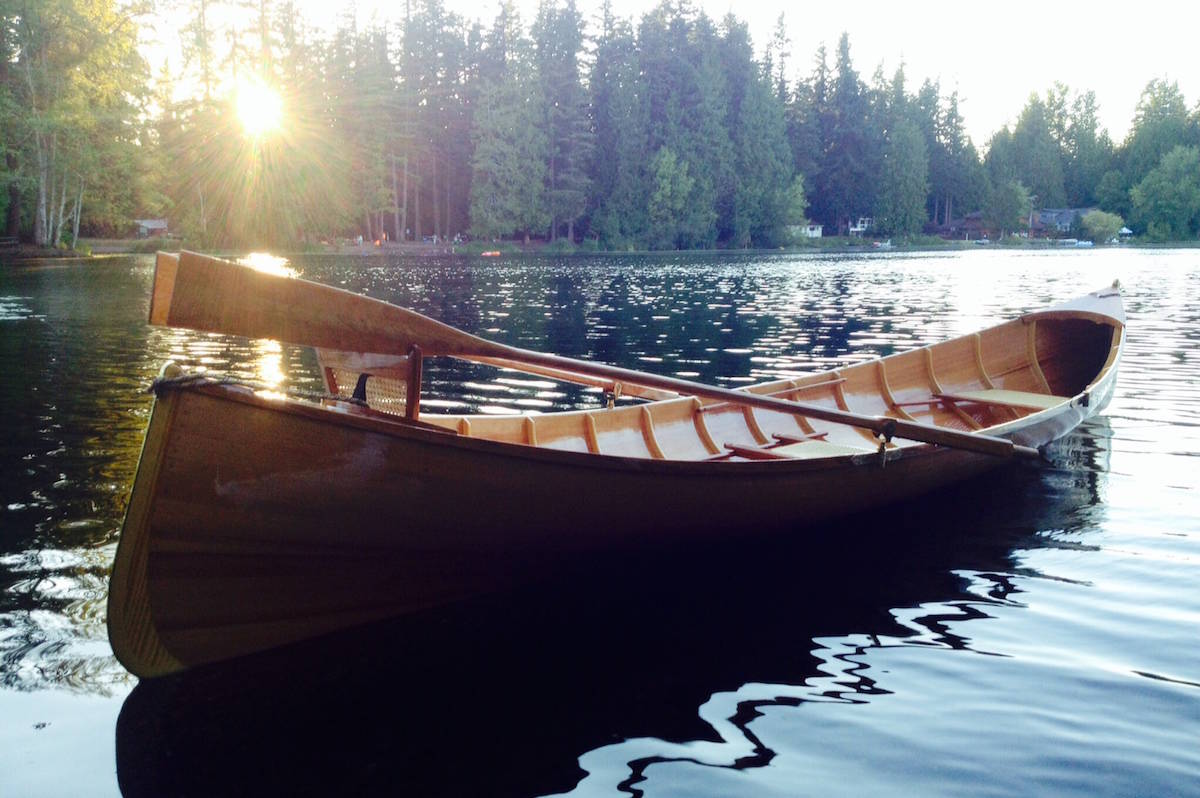 Justin and Ian Martin, owners of Adirondack Guideboat, have shipped to customers as far as Australia. Martha Stewart bought one of their boats. Another served as the signature craft for the 150th anniversary of Orvis, the iconic fishing-gear brand.

These days, the Vermont brothers don’t need to attend boat shows to sell their goods. Repeat customers and their growing reputation as one of the premier producers of old-style Adirondack guideboats are fueling their business.“Just word of mouth has been keeping us going,” Justin says.

In their shop on Route 7 in North Ferrisburgh, Vermont, less than three miles from Lake Champlain, the Martins and a small staff fabricate each boat from scratch. Although shaped more like a canoe, Adirondack guideboats are rowed instead of paddled. They are also narrower, lighter and sleeker than a typical rowboat. Guideboats date to the 1800s, when sportsmen in New York’s Adirondack Mountains needed lightweight transportation across waterways to hunt and fish, and bring home their game.“A guide had to carry it on his shoulders from one lake to another,” Ian says.

The Martins craft their wooden Adirondack guideboats from cedar with a layer of fiberglass, which adds durability but disqualifies them being called truly “traditional” by some purists. Their other guideboats, packboats, and dories, which are mostly made of Kevlar—a flexible but tough material often used for bulletproof vests—and reinforced with fiberglass, account for the bulk of their sales. 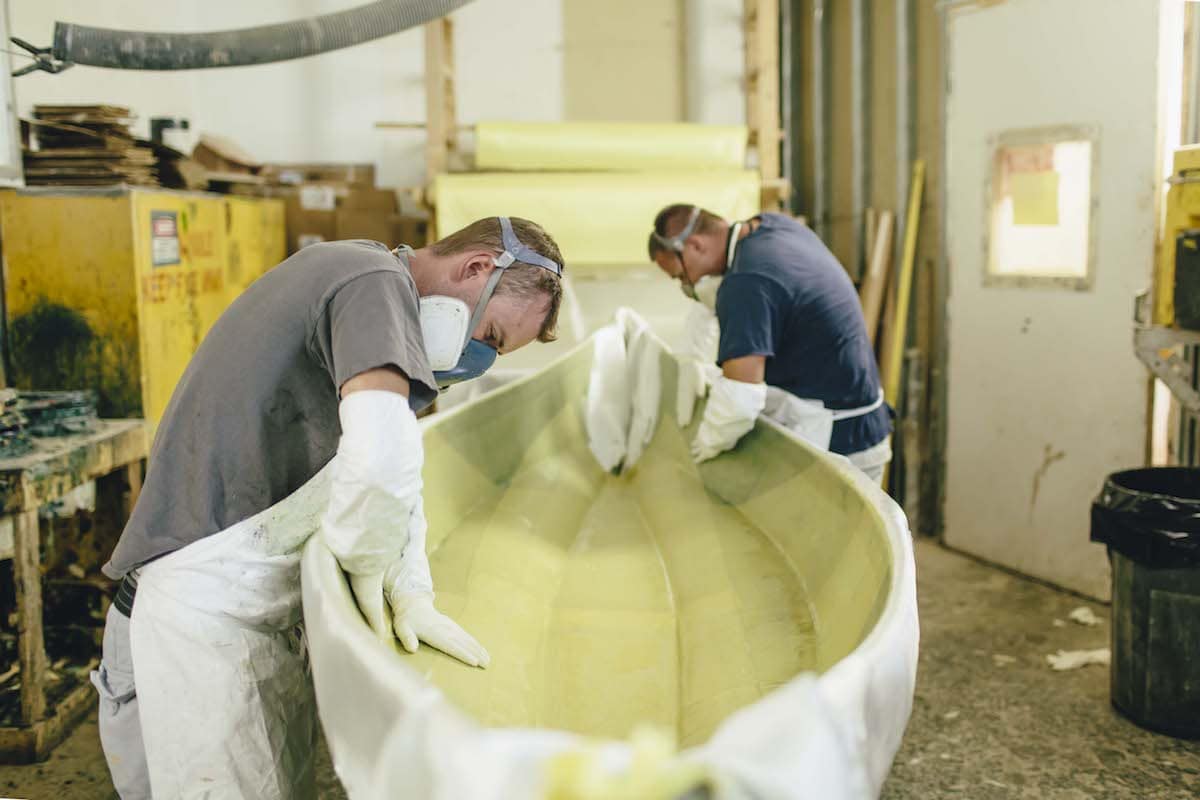 The Martin brothers work on one of their iconic Adirondack guideboats.

Each boat marries function with elegant details: caned seatbacks, brass oar locks, and symmetrical grain patterns on the wooden decks. The brothers also sell prepackaged kits for customers to build their own wooden boats. And they can customize any order with a sailing rig, motor mount, or sliding seat for rowing crew.

The Martins are experts in composite lamination—a hot, sticky, speed-sensitive job that can frustrate even the most skilled workers. “You’re in a mask and under pressure,” Justin says. But the brothers have it down to a rhythm. “Ian and I can lay out a boat without even communicating.”

They start with a mold designed by Adirondack Guideboat founder Stephen Kaulback in 1979, when no one built traditional guideboats on a commercial scale. Kaulback and his eventual partner, David Rosen, met the Martins during a visit to Mad River Canoe, where Ian had worked since high school and Justin later ran multiple departments. In 2001, when Mad River Canoe was purchased and moved to South Carolina, the brothers jumped ship to Adirondack Guideboat. They took over the business in 2012.

At that time, the founder of the Restoration Hardware home décor chain started a new venture in California selling Adirondack guideboats, clothing, and accessories. He offered to partner with the Martins and make them his primary supplier. Justin and his wife had a baby on the way and could have used the money, but he and Ian turned down the deal. 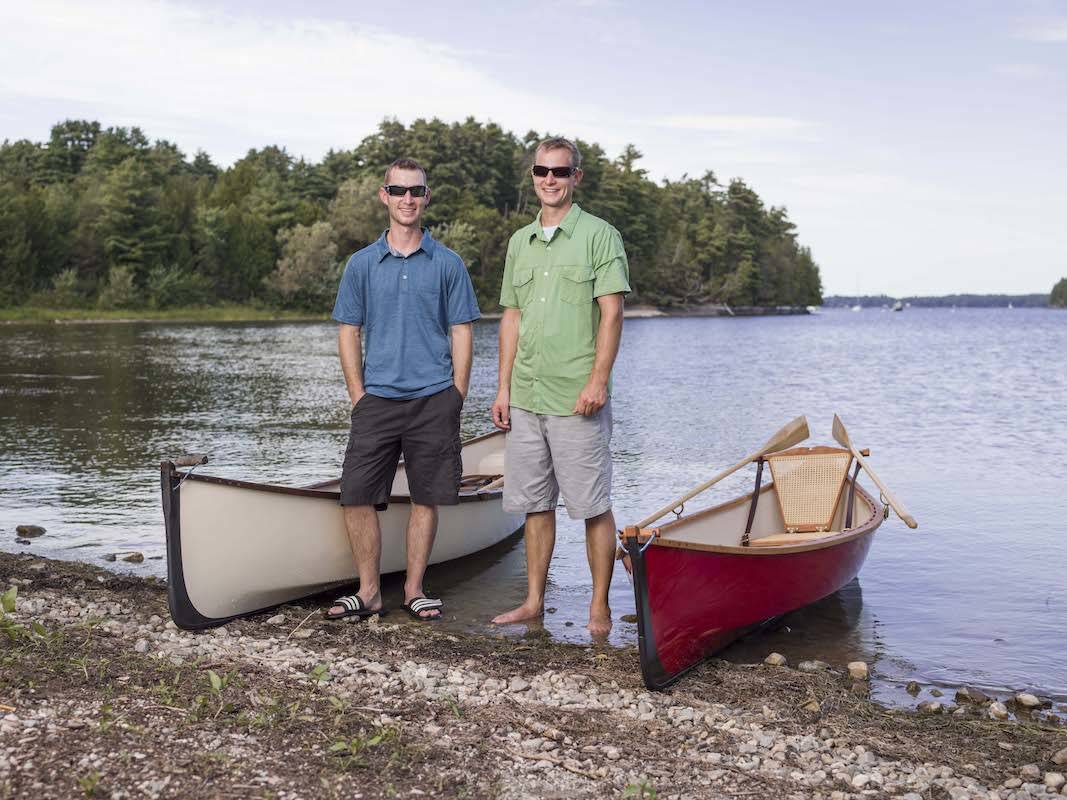 For one thing, the Vermont natives wanted to stay near home, where their parents had made and sold folk arts, and taught them the value of hand-crafted goods. For another, they wanted quality control over their product and materials, most sourced in the Northeast, without pressure to cut corners to reduce cost.

Today, they depend on no single customer to stay afloat. As Justin puts it: “I like getting up knowing that what we’re doing we’re doing for ourselves.”