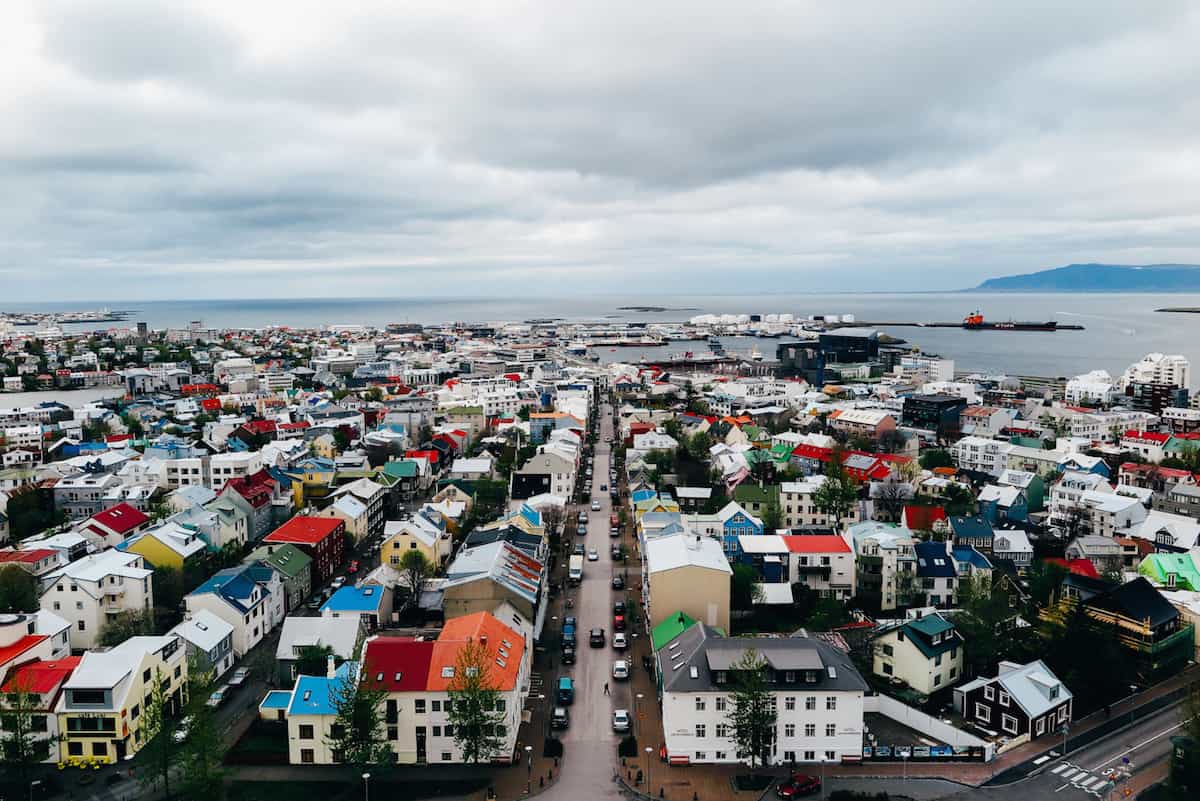 Almost one year ago, Maine-based photographer Justin Levesque hopped on a container ship headed to Iceland. The artist embarked on this nine-day journey as an attempt to document many complex ideas related to commerce and culture, podcasting and photographing his surroundings all the way. After almost a year of digesting his experience, editing photos, and planning, Justin is ready to show the world what he’s discovered from this unconventional residency through an up-coming exhibition, ICELANDx207: Container.

“I didn’t really know exactly what I was getting into…going to sea is something I’ve never really done before. I knew what kinds of images I generally like to make but doing it and thinking about it are two different things.”, stated Justin about his experiences with the sea prior to his journey. In addition, Levesque was new to the world of podcasting, which presented its own set of unique challenges. Imagine how long it takes to record a daily podcast in the middle of a container ship, then upload the 34 minute segment with very low wi-fi from the middle of the North Atlantic Ocean. Folks who followed him back then could track his geographic position across the ocean, in real-time, as he uploaded each new podcast episode.

Even though Justin had no experience podcasting prior to his journey, he thought it’d be a perfect supplement for his true passion and craft – photography, “I love long form and audio stories in general. I just really like being able to listen, but when you pair photos with audio the viewer has room to fill in the gaps with their own idea about what this thing looks like…I like that there’s somewhat of a more imaginative aspect of the interaction of the viewer or the listener in that process verses with a film or footage, you’re showing the subject exactly how it is. I thought having it be that kind of pairing would allow for a more speculative kind of interaction.” 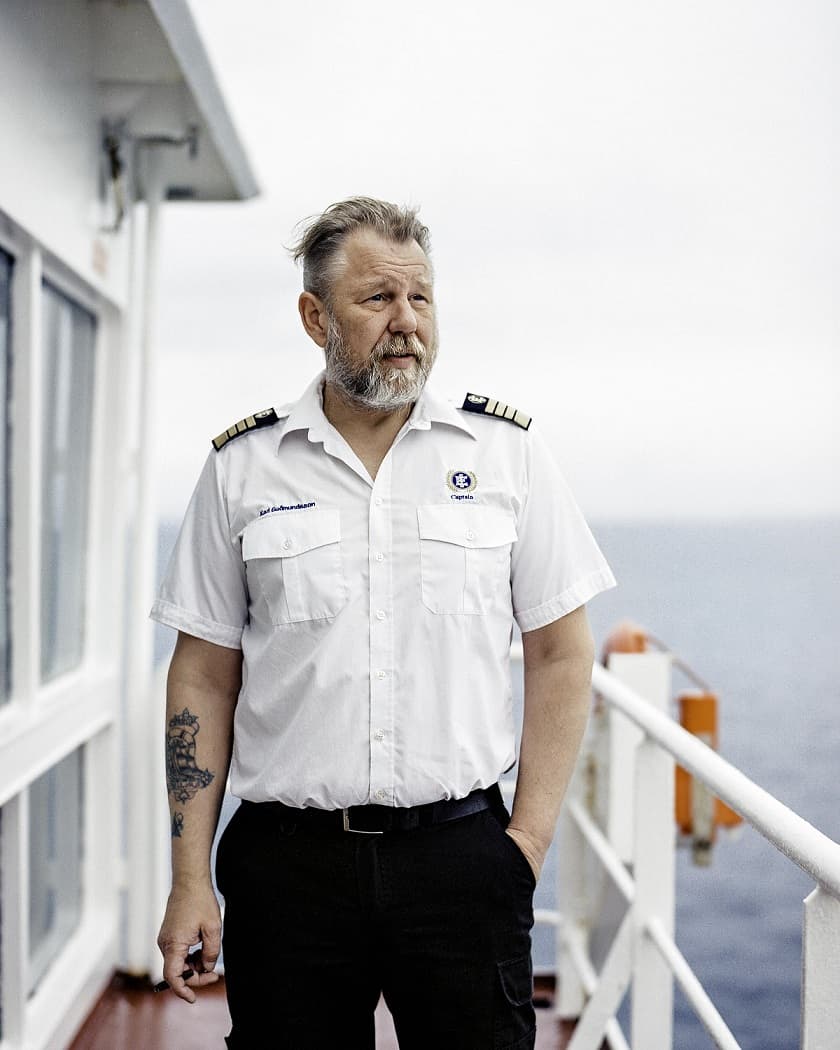 In addition to recording and editing the podcast, Justin managed to photograph nearly every interesting portion and bit of machinery on the ship, befriend the entire crew, and convince everyone to sit for a portrait, “There’s 11 formal portraits, one for each crew member, shot on film with a Mamiya RZ67. I tried to be as strategic with it as I could be. It was a 9 day journey and I spent the first 7 of those days really working on my relationships with the crew and just shooting. I shot everything besides the portraits on digital.”

“There was a smoking room where I’d rip butts with them until the late hours of the morning, ya know shootin’ the shit and sharing stories. While these ships are very large, they’re very psychologically small spaces. This breeds an intensity of relationships between you and your crew…I became a part of this small family for the short period of time I was there. There’s this amazing, almost summer camp feeling in terms of the bond and the friendships that come from being out there.”

The relationships Justin established with the crew gave him the insights necessary to compare and contrast the cultural positions and norms of the Icelanders on the ship with the Mainers he knew back home. For Justin, many things connect the folks from Maine to the typical Icelander. Mainers and Icelanders seem equally invested in the mythologies organized around the places they call home. According to Levesque, Mainers have representatives like Henry David Thoreau and cultural items and experiences like legendary shoreline, lobsters, intensely inclement weather, and cabins. Icelanders have different cultural properties but share the similarly weighty relationship to their home country’s mythologies (ex. Hidden People, glaciers, volcanoes, and other breathtaking landscape features). In some ways, it’s as if the melting of the North West passage was the final piece in connecting two people groups who already valued many of the same kinds of things.

Yet, as Justin pointed out, Mainers and Icelanders still differ in some fundamental ways, “Mainers have a little more of a Yankee situation where if they want something, they’ll go get it or if something’s too slow they’ll make it happen quicker, whereas these Icelanders are pretty laid back thinking Oh it’ll happen when it happens…in some ways, to make work about both of these places and this interaction and intersection of these mythologies you almost have to leave them both and create work from the sovereignty of the ship in between these places.” 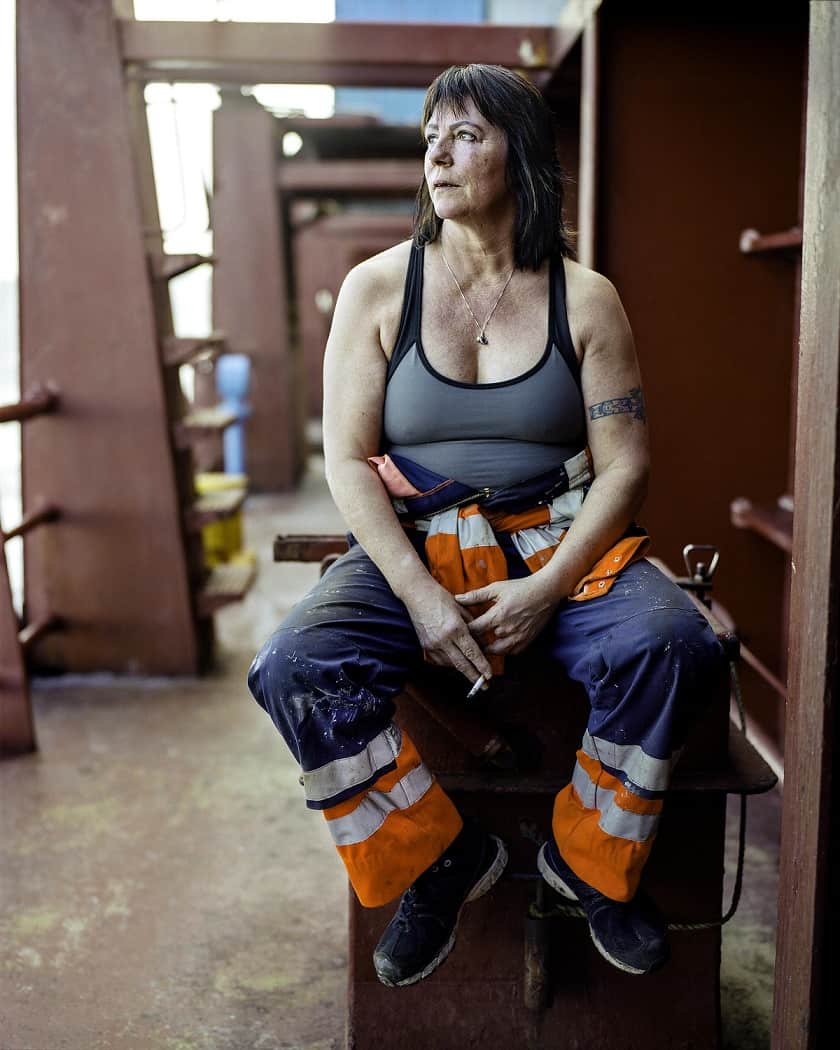 Justin is one of the latest in a long-standing tradition with Eimskip since the Icelandic shipping company is known for providing passage for artists in exchange for artwork. In fact, Eimskip has a collection of artwork from traveling artists like Justin on display at their headquarters, showcasing this historical exchange of artists and business. Levesque insists that this self-made residency is not exclusively decorative, nor is it a bit of inexpensive PR for the business. For Justin, the balance is found in, “…the stories and the humanity of the people who are actually on the ship.”

This kind of out-to-sea style immersive experience doesn’t stop here for the artist. Starting June 2017, Justin will sail through the arctic for four weeks as part of The Arctic Circle residency program. This residency brings people of all different backgrounds together to collectively explore locations that are far away and intriguing while aboard the Antigua, a barquentine Tall Ship. 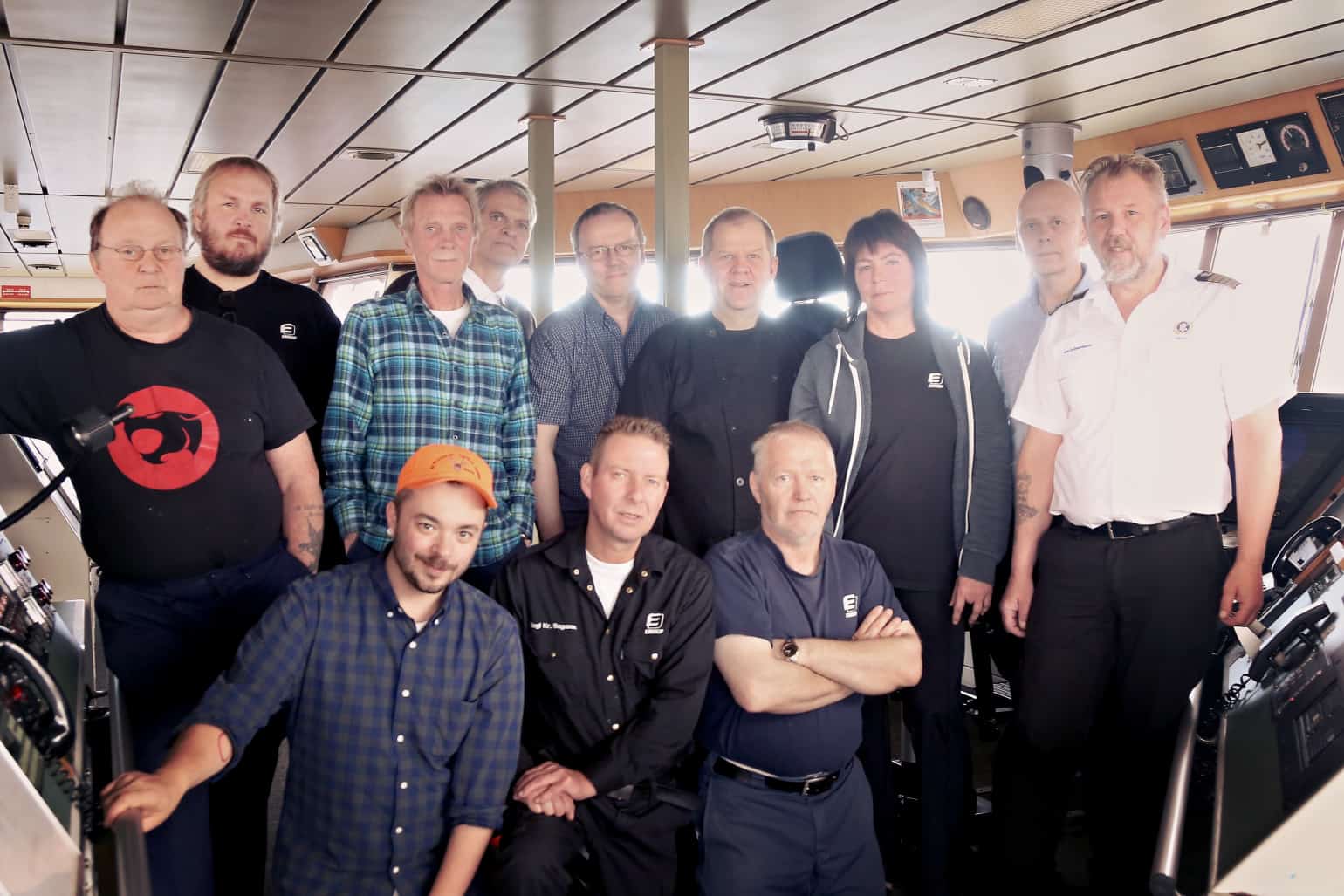 Photo of Justin and the crew of the Selfoss

Justin Levesque is a photographer from Maine. ICELANDx207: Container is on view September 27 through October 12, the exhibition will be housed in an Eimskip shipping container installed temporarily in Congress Square Park in Portland ME. The opening reception is Friday, September 30 at 6 p.m. and is free and open to the public.