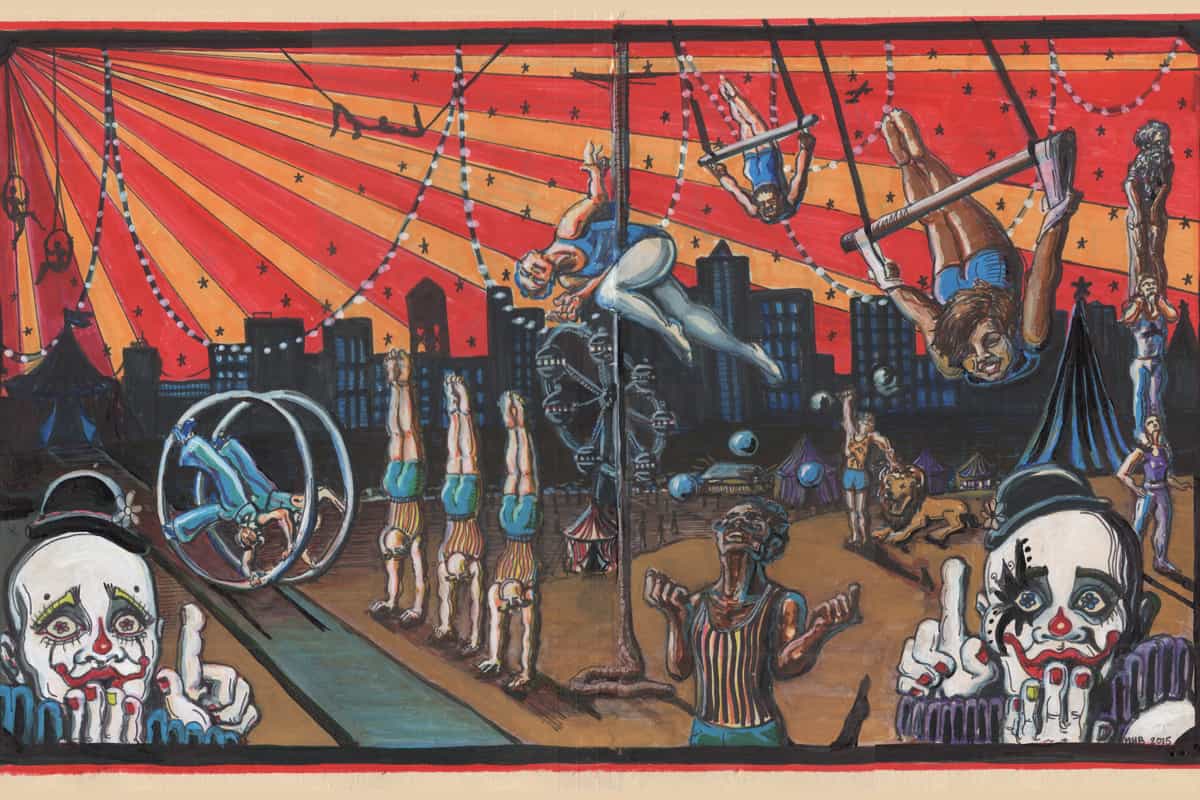 Have you ever wanted to run off and join the circus? New England has a surprising number of schools for that.

This article originally appeared in our October 2015 print issue.

Lindsay Culbert-Olds’s unsolicited advice might be to let your kids watch public television to find their dreams. The Arlington, Massachusetts, native found hers when, at age nine, she learned about Vermont-based youth group Circus Smirkus from an episode of Zoom.

“Two young kids from the troupe were interviewed,” she recalls. “Immediately, I had my parents research the program.” The following summer, Culbert-Olds attended a two-week camp session. “I fell in love with aerials, trapeze, silks, rope, and cerceaux, which are aerial hoops.” 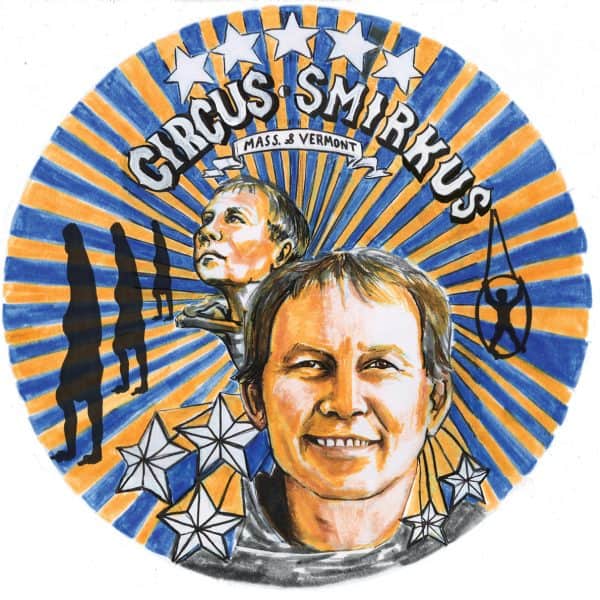 Eventually, she ventured to Brattleboro, Vermont, for private classes at the New England Center for Circus Arts (NECCA). “These classes began as very occasional treats,” she explains. Her participation accelerated as she dreamed of joining the Circus Smirkus Big Top Tour.

To tour with Smirkus, you must audition. Culbert-Olds did so, three times. She earned a spot in the troupe in 2008, the summer she turned 15. The tour intensified her commitment. “I began to realize that it could be possible to be a professional circus artist,” she explains from a cruise ship where she now performs.

In the world of circus arts for the young, Smirkus is unique. Beyond the camp, Smirkus produces an authentic youth touring circus. The annual summer Big Top Tour covers 1,500 miles throughout New England. Its entourage includes 29 kids, 50-plus staff, a 20,000-pound big top, and a kitchen to feed the 85 people on tour three meals a day.

For executive director Ed LeClair, who came to Smirkus without a background in circus arts, it took just one day to appreciate its mission. “I had no idea what I was getting into. My first day at work, I attended my first Smirkus show—and it was terrible,” he recalls. “The evening performance, though—it really was night and day—was wonderful.”

LeClair became just as intrigued by what he observed behind the scenes. “The creative team, adults mentoring these kids, are caring and talented and wise with young people,” he says. “They create a positive approach that helps kids learn about their potential—to figure out how high they can climb or how far they can fly or how to fall on their faces right at the edge of humor. I was hooked.” 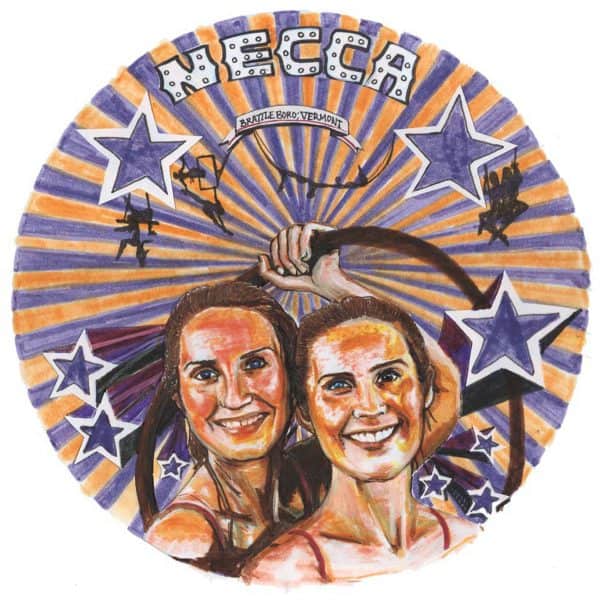 Elsie Smith and Serenity Smith Forchion, twin sisters who founded and run NECCA, also use circus arts to coax discoveries from their students—ones that transcend a person’s abilities on the ground. This possibility first became evident, recalls Smith, when “a blind and mentally handicapped boy did the flying trapeze with us. He needed some extra help climbing up the ladder, but his experience doing something new and challenging was virtually identical to that of his nondisabled twin brother.” Through NECCA, Smith and her sister reach out to people with disabilities and to kids who aren’t athletes, as well as to aspiring professionals. “We developed our teaching with the simplest successes in mind, and students really responded.”

Although Smith and Forchion first encountered trapeze on vacation while growing up in Huntington, Massachusetts, their real introduction to circus skills occurred when they were camp counselors. “Our interest and ability in the air was always strong,” says Smith. “Not having dance or gymnastics in our background, we were not natural floor movers, but we found that we could dance and be acrobatic in the air.” Initially, they performed together, and their collaborative work includes four years with Cirque du Soleil. Forchion went to Ringling Brothers; Smith “became involved in trampoline work.” They came back to New England together as teachers, and they continue to perform as a duo. Forchion also performs in a duo with her husband, Bill Forchion.

Given that they honed their skills in the air rather than beginning with a background in gymnastics or dance, Smith and Forchion became natural mentors for people like Matthew Brouillard. “I still don’t flip on the floor,” says Brouillard, a double-trapeze specialist who has performed all over the world. He spent a year at NECCA after graduating from the Olin College of Engineering in 2008.

He says that NECCA’s structure supported his development. “You had to be at a sufficiently high level to get into the program. Others’ support to bounce ideas off of and to offer feedback as I developed work provided an essential forum for me. I still use work I developed there when I perform.”

After NECCA, Brouillard performed, trained, and taught—and sometimes did consulting work for technology companies. He worked on a performance of Tarzan in Brazil for the Walt Disney Company, and he trained in 2012 in Montreal with Russian coach Victor Fomine. “Fomine really invented the spirit of the kind of trapeze work I practice,” Brouillard says. “He coaches at arguably the best circus school [École Nationale de Cirque in Montreal], and he coaches Cirque performers, and he owns a studio, which is where I studied with him. He helped me fully appreciate what this form is.”

Brouillard continues, “What’s most interesting is how multidimensional these arts [are], like trapeze, that represent the median between arts and sports. That, and you pull off feats you can’t begin to access on the floor.” 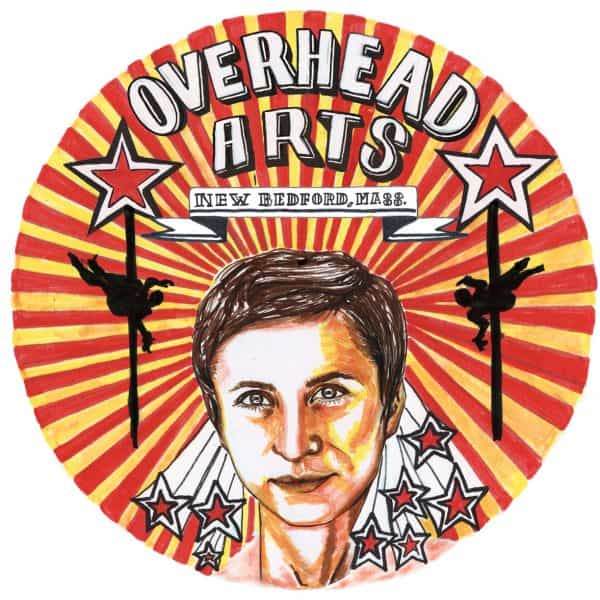 Circus arts are becoming more accessible. In Massachusetts, two studios opened in 2009: Overhead Arts in New Bedford and Show Circus Studio in Easthampton. Overhead Arts founder Teresa Kochis says she “loves being upside down with people from all flights of life.” The school partners with the local Boys & Girls Club and presents shows outdoors that are accessible to the community. Show Circus Studio brings circus arts to youth and adults, with an emphasis on “fun, fitness, and professional training.”

In 2016 the Circus Conservatory of America expects to launch its liberal arts degree program in Portland, Maine. “My son, Noah, was a Smirko for four years,” explains the conservatory’s president, Peter Nielsen. “I was impressed by the culture surrounding circus—how it blends artistic sensibilities and athletic skills. Circus creation and training develop creativity and health consciousness, and circus broadens possibilities for kinesthetic learners.”

Nielsen was also impressed by demand. When his son applied for college to the National Circus School in Montreal, the admissions numbers were daunting. “Of 500 to 600 who auditioned, only 25 were accepted,” he explains. “The year Noah began, he was the only American who’d been accepted.” Nielsen saw an opportunity: over 500 people in North America still sought a circus conservatory education.

Ariana Ferber-Carter, 24, first saw Smirkus when she was just six. She was entranced. “I realized they were letting those kids do these things they’d otherwise be told not to do because there was an audience,” she says. “I wanted in.” She first attended Smirkus camp at age nine, with aspirations to become an aerialist. By the time she went to NECCA at age 11, she’d spent a summer at Smirkus Camp and another at Berkshire Circus Camp. She’d also begun to learn gymnastics.

Like Culbert-Olds, Ferber-Carter had a disappointing first audition for the Smirkus troupe, but her second try got her to the tour. That year, she felt young, inept, green, homesick, and anxious. Nevertheless, she says, “I had a lot of fun. I made friends; I was in a good show I felt proud of, and I began to appreciate what the circus life was like.” She toured six summers. 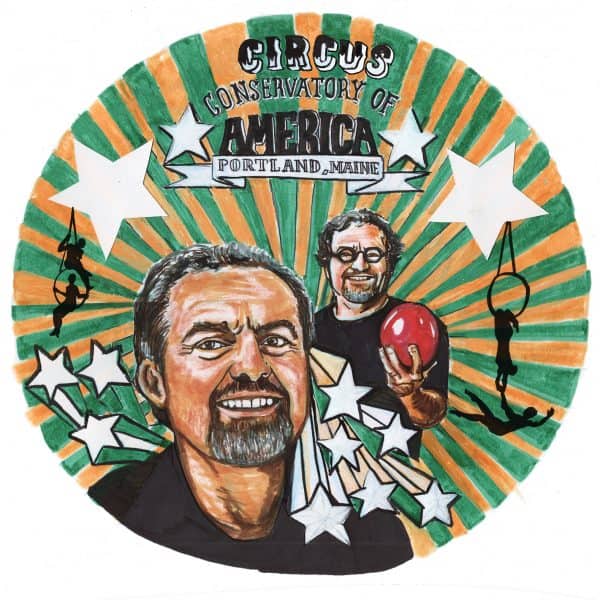 Smirkus pulls shows together in just three weeks. The first couple of days, troupe members choose different classes. That allows the creative team to get to know troupers’ talents and to see how different performers mesh. It’s a time when athleticism and skills meet artistic vision. “You want to make choices that make sense to you,” Ferber-Carter explains about those initial days, “[and you want to] showcase your strengths. Although there’s a chance to branch out, too.”

At NECCA, Ferber-Carter found mentorship. She describes Smith and Forchion’s teaching approaches as complementary to each other. “Elsie really broke moves down, step-by-step,” she recalls. “Serenity went bigger—ideas about motivation and larger creative vision. I needed both perspectives to grow.” Ferber-Carter credits them with launching her career. “The ways they stepped in with everything from specific movements to music selection and costuming helped me to grow up quickly and prepare to make this my profession.”

Ferber-Carter realized her personal strengths lay in the realm of contortion. After more training in San Francisco, she began to perform on cruise ships in 2012. She jumped ship to spend a month in Kansas City, Missouri, where she developed new work with her contortion partner, Liv Morrow. The pair met on a cruise ship and formed the duo Pareidolia. “The word describes seeing something that isn’t necessarily there—when you look at a cloud and see a face, for example,” Ferber-Carter explains. “It seemed perfect to describe our partnered contortion work.” From Kansas City, she headed to Europe on an extended trip just for fun (and a little circus, probably).

After so much solo work, Ferber-Carter likes the challenges and possibilities that partnering offers. Having trained and toured for many years already, she accepts that the field she has chosen calls for transience. “Wherever I set myself down, I will constantly be leaving,” she muses. “And my best friends are spread out across continents.”

Editor’s note: Since original publication of this story, the Circus Conservatory in Portland has suspended operations.