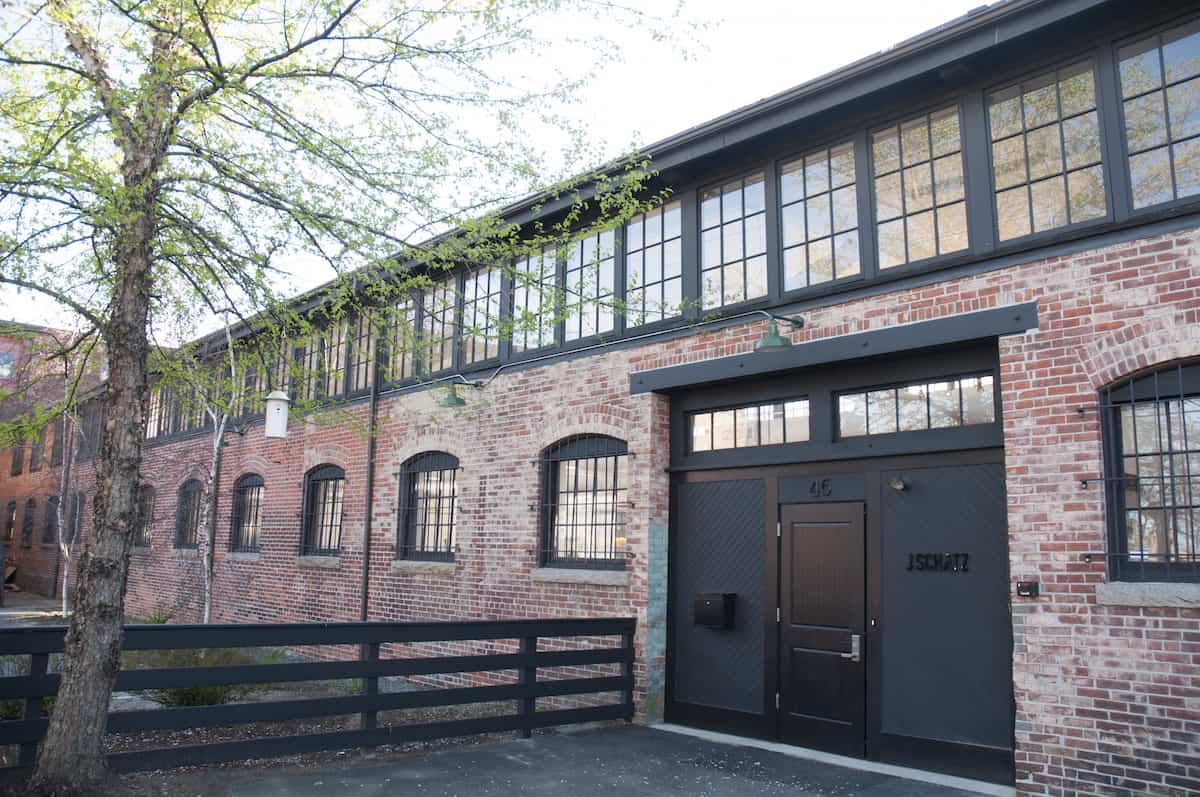 The designers of J Schatz are leading by example with the consummate live/work environment in Providence’s Olneyville.

The J Schatz studio, listed on the national register of historic places, was originally the dye house for the Weybosset Mills in Olneyville, Rhode Island—a neighborhood of Providence mentioned over and over again in conjunction with things that are new, interesting, and just plain cool happening in PVD. Jim Schatz and Peter Souza of the J Schatz design and ceramics studio are major contributing representatives.

The two met in Florida three years ago, and later moved Schatz’s studio from Upstate NY to Los Angeles. But, as Souza remarks, “We felt really isolated in the city, so we took a trek last October and we scoured New England and the Berkshires looking for a community to be a part of. We fell in love with Providence; we found this gorgeous building that we were able to work and live in.” It is an ideal spot for them, with the roots they’ve put down, and are expanding upon, exhibiting their commitment to the area. The 160-foot long tunnel of a brick building houses two live-in suites on one end, their production studio in the middle, and their own apartment in the back. A continuous line of dormer windows along the top stream in natural light.

“We found a really great community here of artists and designers and folks that really welcomed us,” affirms Schatz. “We found a nice place to be.” 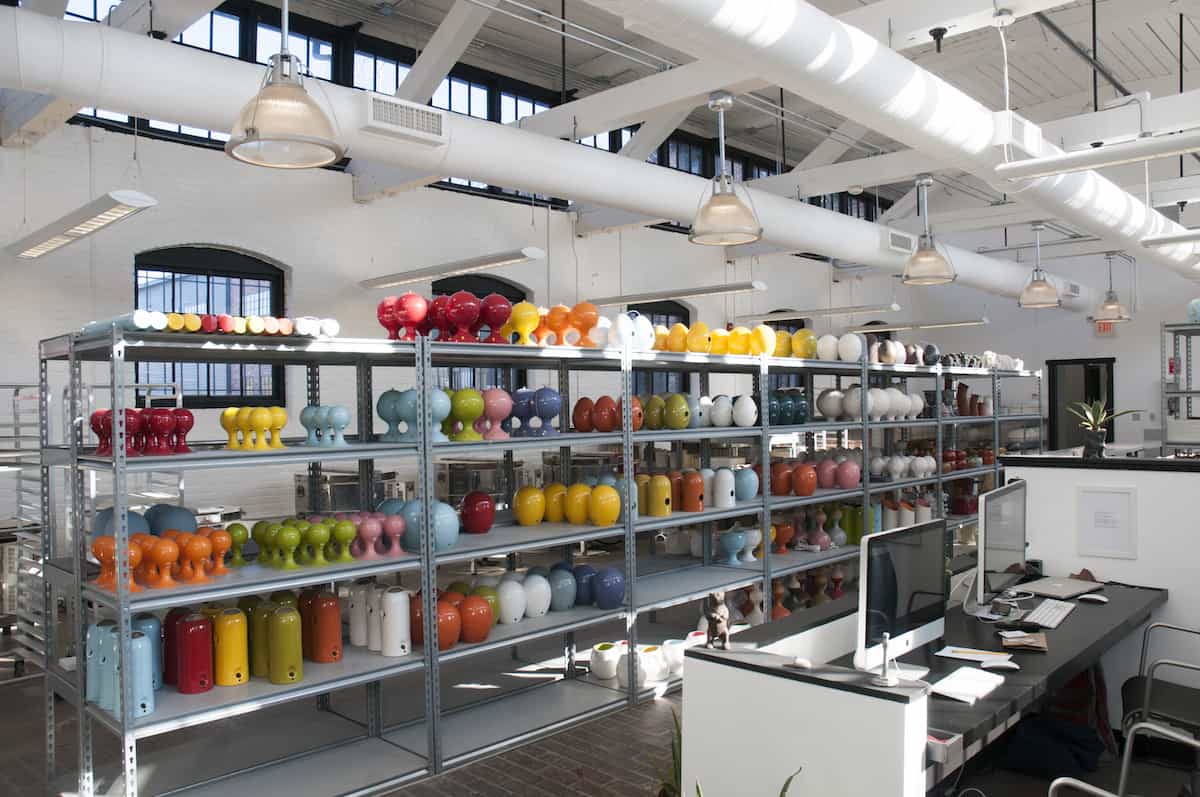 All work happens on site. Schatz started his ceramics career with the Star Egg Nightlights that project astral spots of light into a room, and then kept moving that ovoid shape forward through his work. It shows up in the company’s outdoor products of polished, modern, and colorful bird houses and feeders. The lighting line features table lamps, pendants, and uplights, all made of high-quality materials: glossy, brightly colored ceramics and rough, metallic, urban stoneware. The Porcelana Uplights are a standout, translucent porcelain cylinders with a glossy interior that throws the warmest tones of pink or orange.

Form following function is evident in all of the J Schatz products. Everything is beautiful to look at and touch, but these are real usable products, down to the brutalist coffee maker. “That happened because there was a Chemex coffee maker in our studio that kept breaking,” says Schatz of the origin of that design. “This is before I met Peter. His first visit to the studio he’s like, ‘What’s that?’, and I said, ‘It’s this coffee maker that I made because I was so frustrated with the Chemex breaking.’ And he said, ‘This is something we should be making.’ It looks crudely made, but it’s actually very ergonomic and nice to use. It’s now a production piece.” The dark, craggy look of the set is precisely what everyone’s morning cup of coffee should look like. 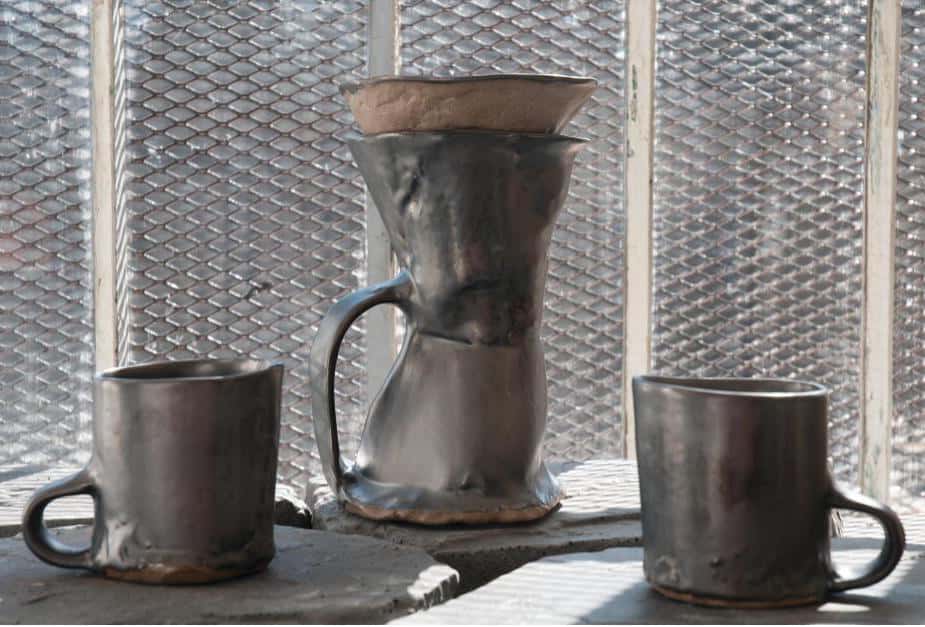 The two have recently purchased yet more property in the neighborhood for their Airbnb stock: a cottage with a terrific view and outside space. It will get the full J Schatz makeover, everything from tableware to room dividers, to vases and bird baths. “We’re putting the finishing touches on two more rooms and we’ve outfitted it completely in J Schatz custom work and new pieces,” explains Schatz. “And we’re going to have a yard and a garden, too.” Expect more outdoor work and housewares from them in the coming season. “Peter and I have a vision that complements each other,” Schatz says. Souza agrees. “We’ve integrated our products into environments that other people can share.” It’s a real treat to be able to live among a design team’s work, and the environments that J Schatz creates are a treat indeed. 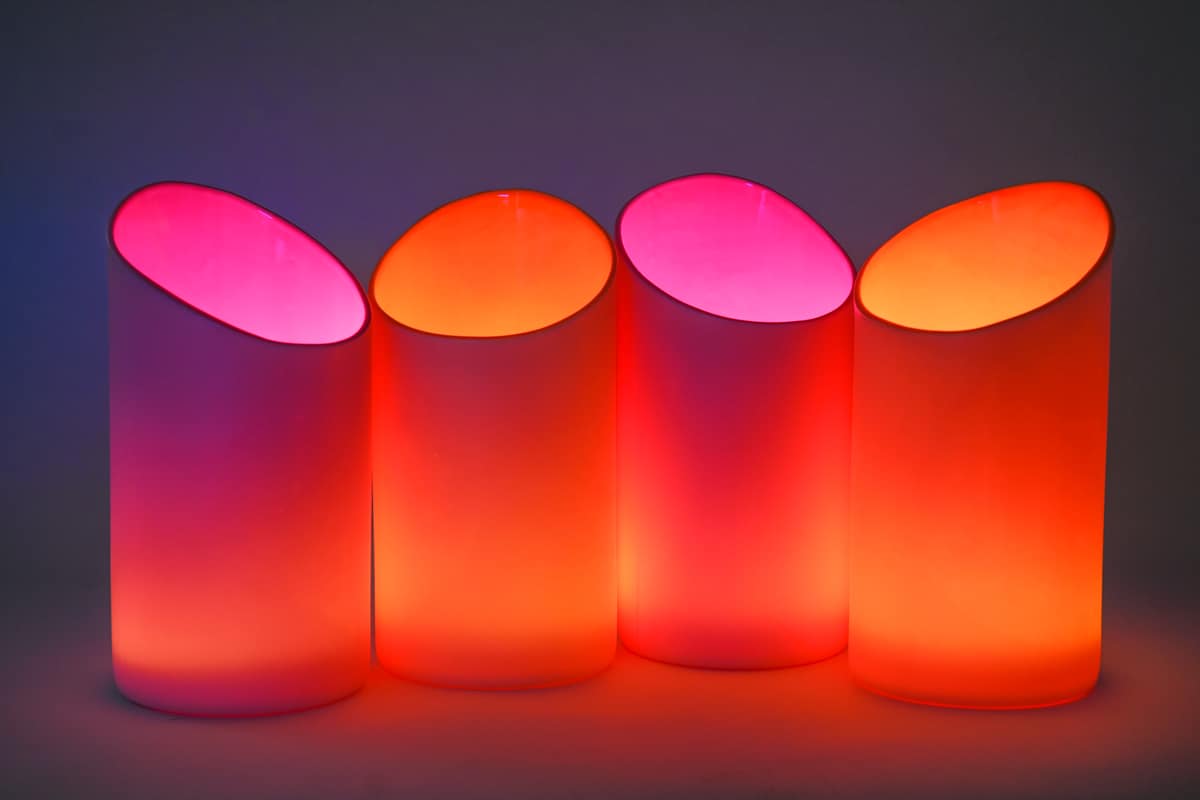