If you’re searching for one of the hundreds of glass balls hidden by artist Eben Horton along the beaches and walking trails of Block Island this summer, the glassblower has some simple advice: “Look up.”

It’s not only practical advice for treasure-hunters (though many, but not all of the orbs are secreted on the ground), but also reflective of the optimistic spirit of the Glass Float Project, Horton’s signature public-art installation, launched when the economic downturn of 2009 left the Wakefield, Rhode Island, glass artist with unexpected time on his hands. “I was thinking about ways to keep more busy, and that’s when the glass ball project came up,” he says.

Raised in Newport, Horton grew up the son of a curator at the Newport Art Museum and in a family of avid sailors. “It was always a special treat to sail out to Block Island, and as a kid I always wandered around and explored the island,” he says. Immersed in the art world from an early age—Andy Warhol once gave him a panel from a wall-sized installation of silk-screened fish in Newport, which Horton jokes that he’s saving for his retirement—he first dabbled in glass blowing at age nine, making a Christmas ornament. “It wasn’t a life-changing event, but I found it interesting,” Horton says.

By age 15, he was working at Thames Glass, a Newport glassblowing studio, cutting a deal that exchanged his sailing skills on the owner’s boat for a much-needed summer job. One day at work, Horton came across a bag full of paperweights that were about to be discarded due to some small imperfections: that struck the young artist as a waste, so he decided to take them and hide the 20 or so glass balls on Sakonnet Point in Little Compton and on Newport’s Third Beach—little knowing that he was creating a blueprint for what would become a wildly popular annual event.

In college, Horton attended the Rochester Institute of Technology’s School for American Crafts before his first glassblowing studio in Providence, then relocating to a more publicly accessible location in Wakefield—the former home of Northup’s Texaco, rechristened as The Glass Station. After a successful start to the business, the economy soured, giving Horton the opportunity to transform adversity into altruistic art.

“There are incredibly beautiful places in Rhode Island, and Block Island is one of them,” says Horton. Moved to raised awareness and support for the landscape he roamed as a child, Horton launched the Glass Float Project, annually secreting 550 hollow, hand-blown clear glass balls around the island, each sealed with an image of Block Island, the project’s website, and a date and number. Float #1 is a prized find—it’s adorned with gold leaf—as are a limited number of colored balls, one produced for each calendar year (there are 17 for 2017, or example). 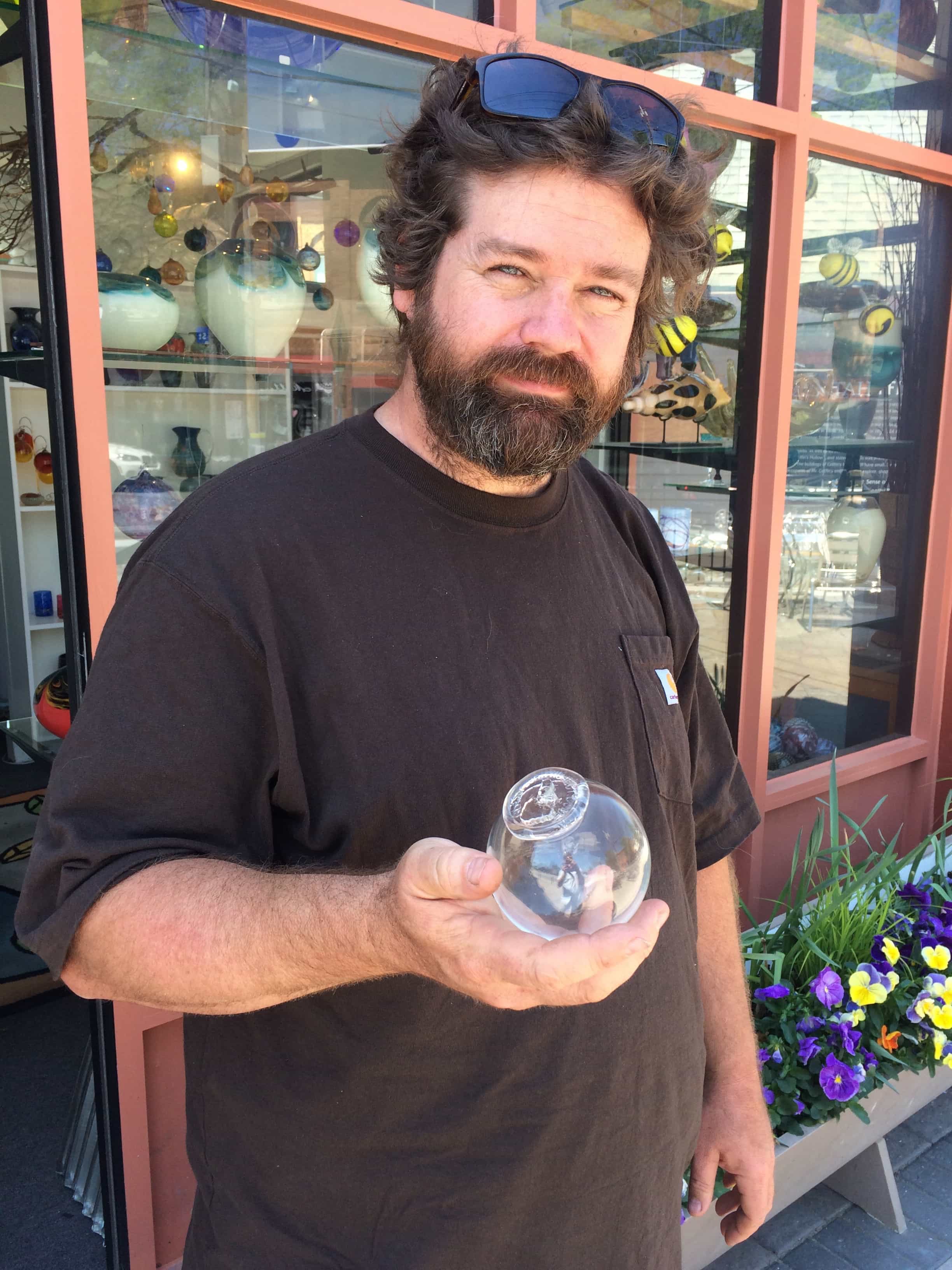 The project quickly gained national attention and strong local support, including from the Block Island Tourism Council, which maintains a registry where visitors can note when they find an orb and record its year and number. Searchers are encouraged to take only one float per season and re-hide any extras they may find. “Hiding one is just as fun as finding one,” says Horton.

Horton ventures out to Block Island up to 10 times a year, carrying a couple of dozen in his backpack and wandering along the shores and Greenway trails and looking for good hiding places. “It’s my form of exercise,” he says.

The project is no lark: each season involves hundreds of hours of labor and expensive materials, with money coming primarily from a GoFundMe campaign and a grant from the Block Island Tourism Council. “If I didn’t have to do fundraising, I’d do this till I was 85,” Horton says. The artist is reluctant to give away too many hints on where the balls are hidden, but supporters who make a donation of $50 or more get access to a secret Facebook page that includes some clues.

Horton also sells some souvenir floats from his Wakefield studio, but says his satisfaction with the project doesn’t revolve around making money. “I figured out how to have a really fun vacation on Block Island all of the time, and I know that I’ve made thousands of people really happy,” he says. “When you find something, there’s far more joy than if someone gives it to you or you buy it.” 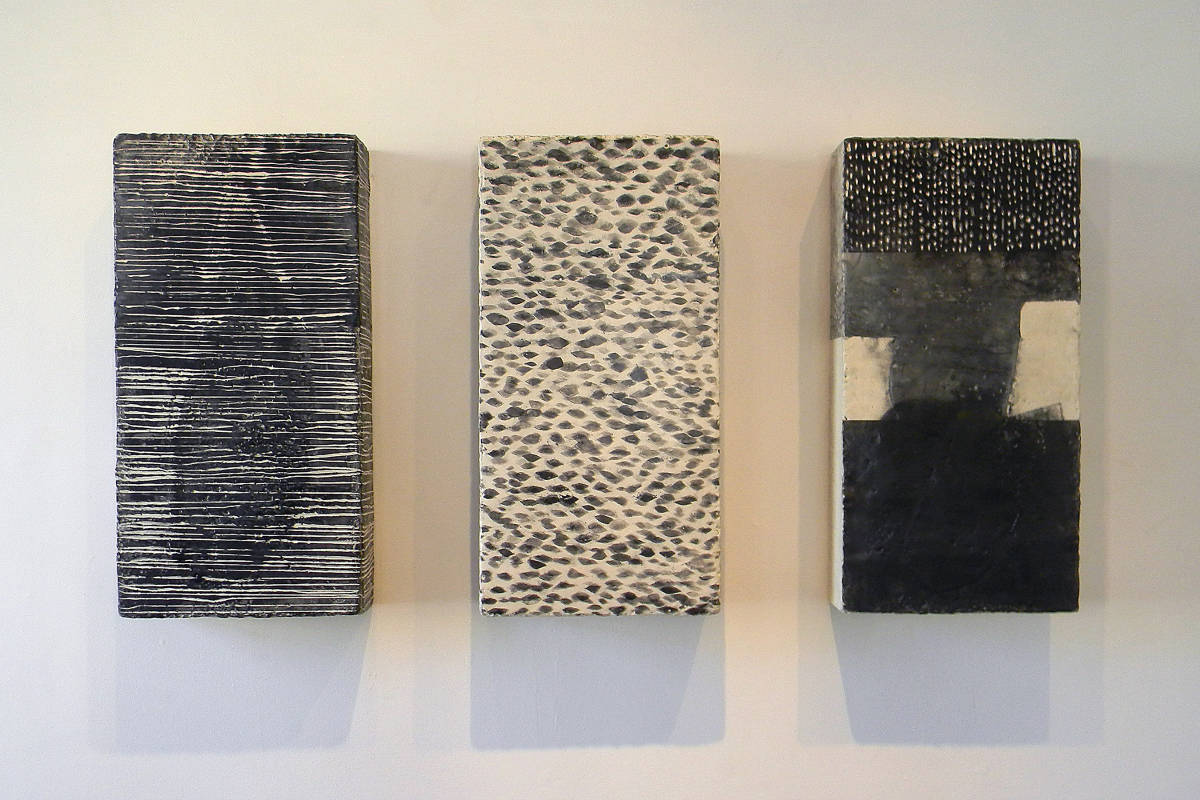