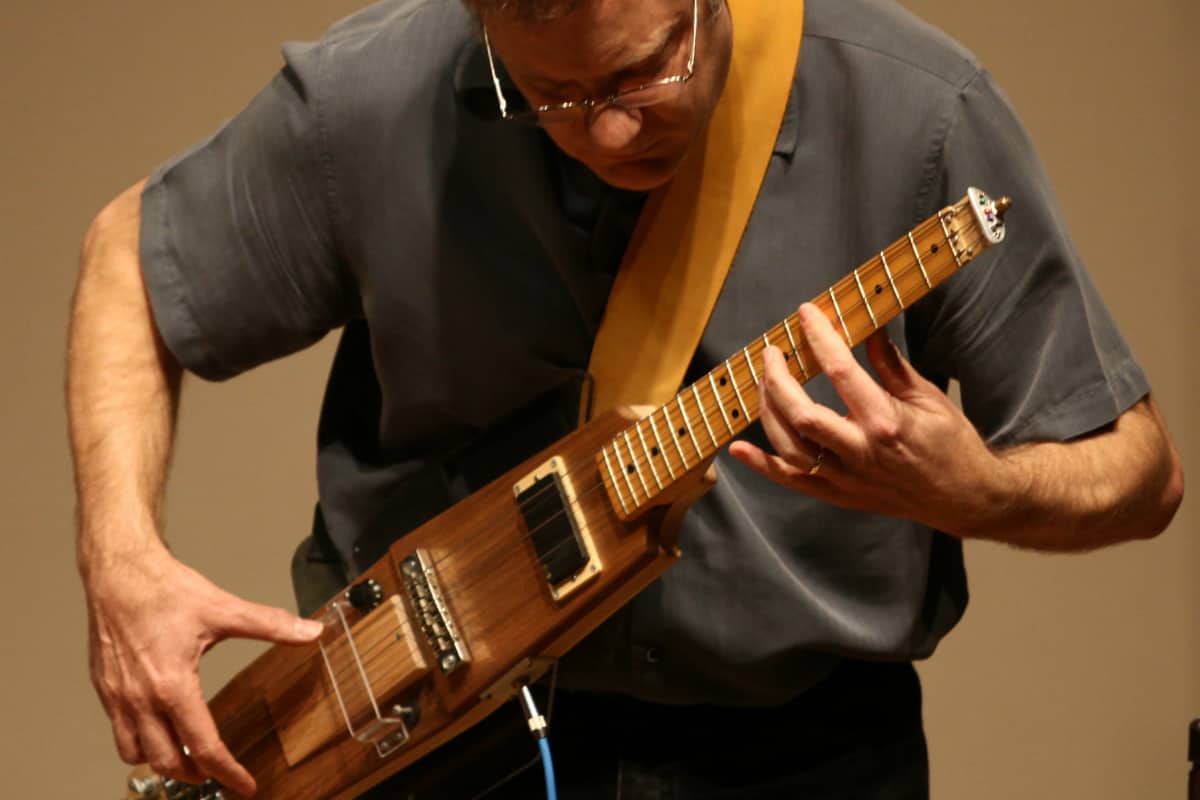 What’s out there for a frustrated musician who’s mastered their guitar, bass, piano, violin, or xylophone and wants to do a bit more? According to David Kontak, the next step after mastery involves imagination and augmentation. Kontak builds and plays unique experimental instruments, reimagining, with gesture, light, and sound, what an instrument can look and sound like. 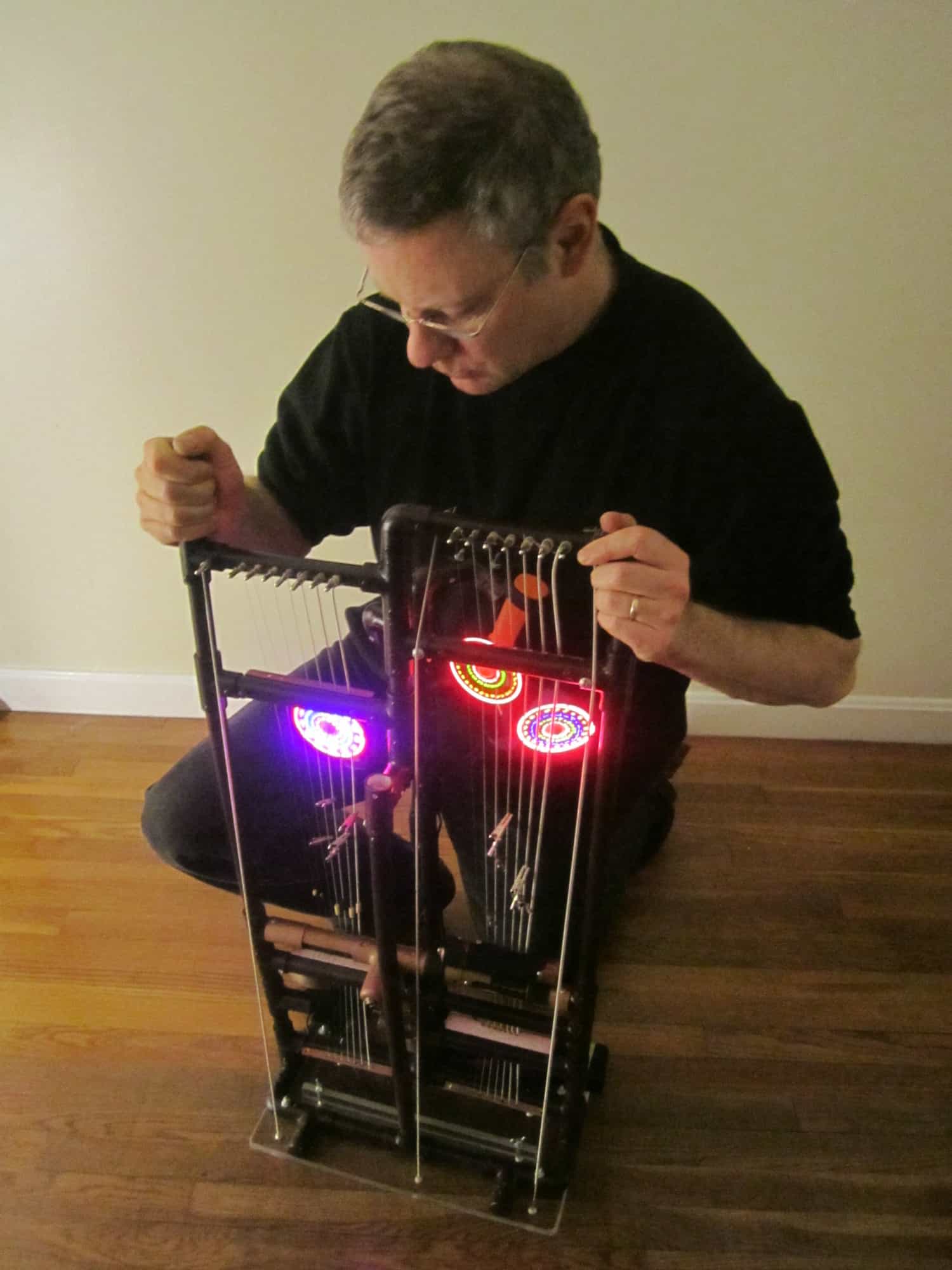 “This string assembly is played by a series of battery-powered glowing fans. When the structure is
twisted, the fans strike various points on the instrument. This creates a large variety of sounds.” | Photo courtesy the artist

Kontak is a rare combination of occupational therapist (OT), musician, and builder. Though most of his time as an OT is spent building adaptive equipment for for people with limited motor functions and improving wheelchair accessibility, Kontak also utilized his skills as a musician. He modifies instruments in a non-permanent way, making them more accessible to folks with a range of disabilities, “You can simplify an electronic keyboard just by attaching things to it,” says Kontak. “People who cannot isolate a finger to tap a particular note can have keys extended so they can pick that note and play it accurately within an ensemble.”

It was 20 years ago when Kontak started modifying instruments for himself, a fascination that would lead to the creation of his own signature instruments, “I got to the point where I wanted to make different sounds, sounds that weren’t available through many musical instruments,” he says. “So I started a process of building instruments that make very unusual sounds.” It’s not uncommon for Kontak to build six, eight, or even ten versions of an instrument before he’s ready to, as he puts it, “develop a repertoire for them. Songs is the wrong word,” he explains. “They’re more compositions that exploit the unique characteristics of those instruments.”

Kontak makes all kinds of instruments that do all sorts of things. Peruse his catalog of homemade musical tools and you’ll find some familiar forms, and other bulky, strange objects. Consider the noise made by a plastic percussion instrument with slits on the top, that Kontak runs water over and strikes. Imagine the tone of a “jellyfish-stringed” instrument, with strings that are slack instead of ridged, never fully achieving a fixed tuning. Perhaps the most surprisingly hypnotic sound comes not from one of Kotak’s modified slinkies, but from four of the instruments played together in his ensemble.

And yet, the sound of the instruments is not the whole story. For Kontak, the look of the instruments and the gestures the player makes are almost as important as the sound emanating from the object. Like a complex language, the player’s movement conveys additional layers of meaning. It’s through this visual aspect of his instruments that Kontak gets to play with audience expectations, offering viewers a unique and truly musical experience, “If I walk up on stage with an instrument that looks almost like a piece of exercise equipment,” says Kontak, “people are not going to expect it to sound like a classical piece. They’re going to be more naturally open-minded. It’s so important to have a visual or motion component to performances. I don’t want to just sit behind something and tinker. There’s a connection to, not really dance per se, but there’s movement that creates sound, gesture that creates sound. I think that makes for an interesting performance of experimental music.”

Top photo “This guitar has a specifically tuned section of strings behind the bridge. When strummed, it excites overtones on the ‘normal’ side of the guitar.” | Photo courtesy the artist