An impressive lineup of vintage gear and raw talent thrusts this western Massachusetts band’s third album, Let’s Do Lunch, into the 21st century. Comprised entirely of songs tracked with vintage equipment on a Tascam 4-Track cassette recorder (remember those?!), they manage to sound new and familiar at the same time—but there’s no denying the modern, indie-pop DNA. “This record is different for us,” explains keyboardist Gabe Bernini, “because while recording we used such limited technology that we were able to be much more productive. Without the luxury of having endless recording options, we found that we really like the sound that comes out of us just playing together as a band. Most of the record is made up of second and third takes that were recorded in the same sitting as the writing.” With no place to hide amidst an analog backbone, their expertly performed musicianship is front and center. “I Love You I Love You” is a standout, as is “Scrapsy.”

LuxDeluxe imports many of music’s most popular roots and those influences are interpreted cleanly. Far from sounding dated, the warm sound has a contemporary, catchy vibe and rock quality. The drums are a real standout, crashing and crunching along the rich vocals, spot-on harmonies, and smart lyrics, all woven through some serious musical talent. A bright sounding Clavinet keyed by Gabe Bernini pings fluidly alongside solid guitar chops by Caleb Rosazza, and a steadfast bass line courtesy of Jacob Rosazza. 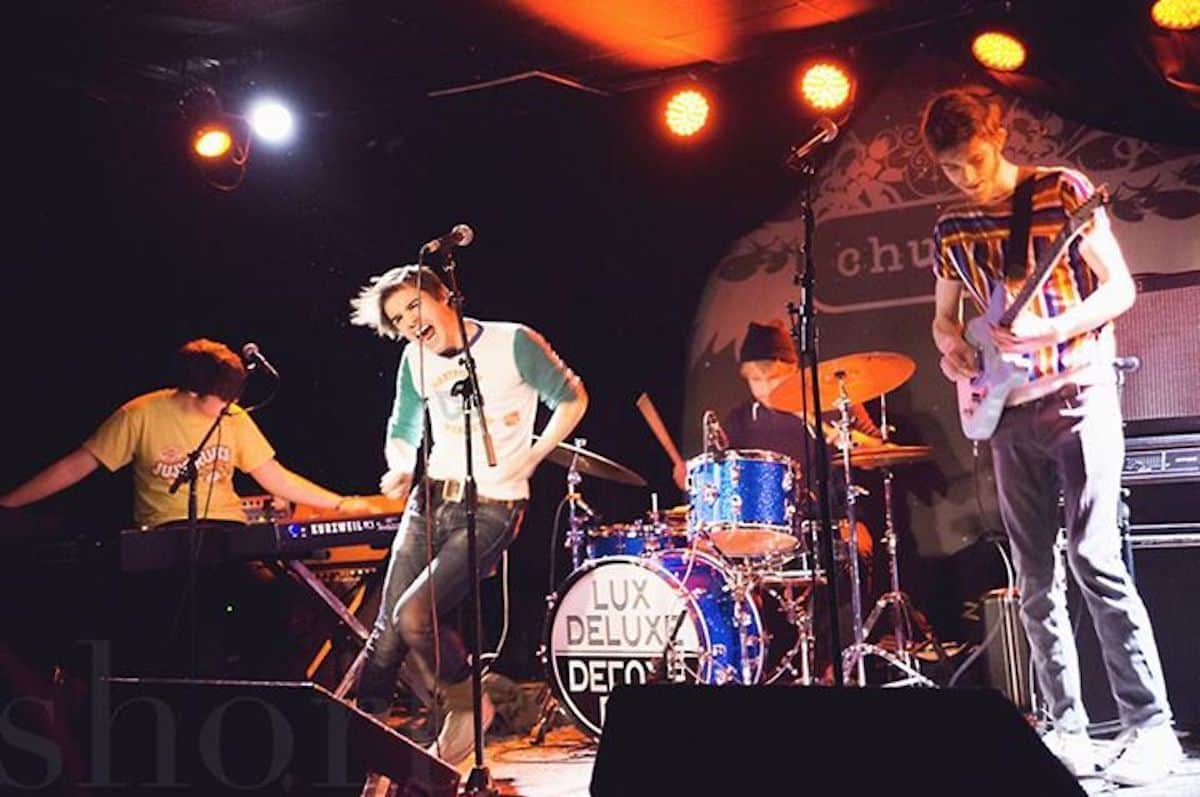 The your-in-the-room feel to the album is replicated in energetic live performances; this band puts on an extraordinarily fun show. “New England is a great place to be a touring band,” says Bernini. “Our touring strategy for the past year has been to stop touring all the way to Colorado and back and instead keep hitting cool music cities that are closer to us, more often. We’ve been playing Boston, New York City, Burlington, Philly, Washington DC, and other close-by cities over and over to build our audience, which has been a really great way to make fans and keep them busy!” Fronted by dynamic showman Ned King, LuxDeluxe is engaged and polished like only a band that’s played together for ages can be. Come prepared to participate and dance your ass off, because this is a band having a good time. Catch them on their upcoming tour with a swing through some of New York’s finest joints, finally landing in New England with a Massachusetts gig at Festival at the Farm in Canton.