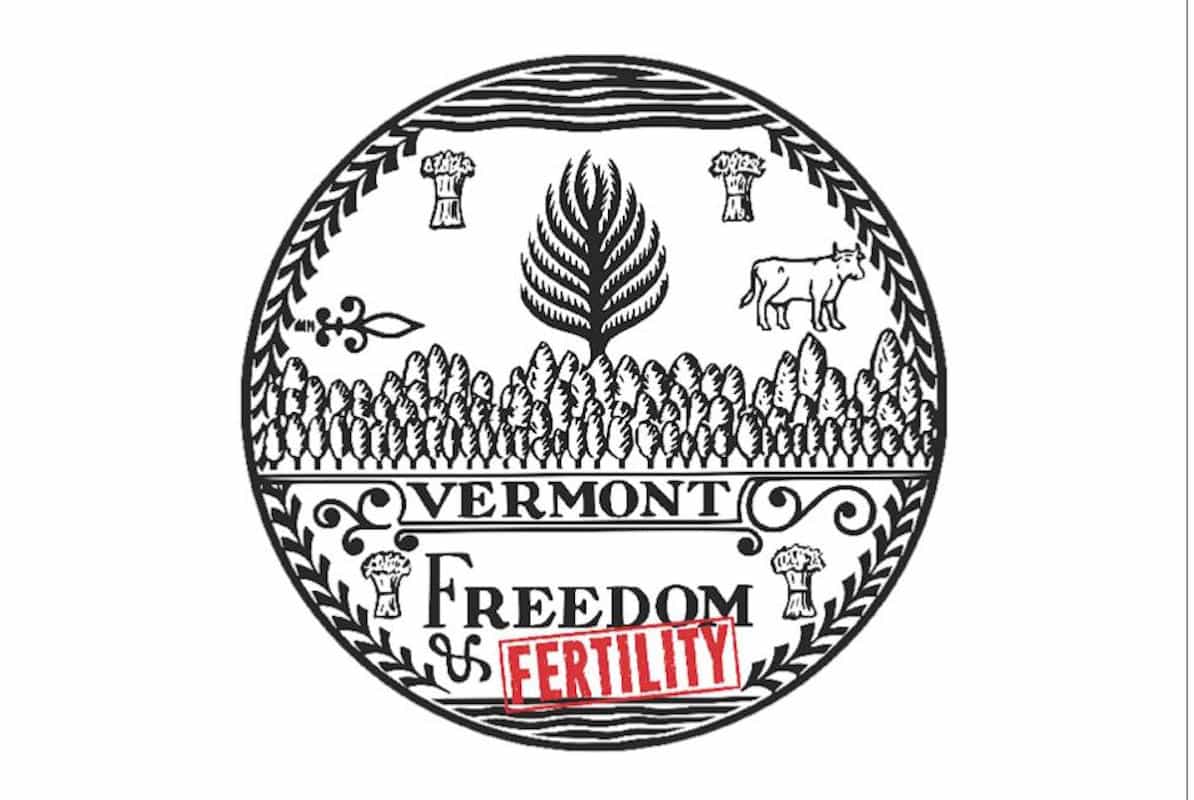 Michelle Ephraim has published personal essays and humor pieces in Lilith, The Morning News, Word Riot, and The Washington Post.

Montpelier, Vermont, may be the only U.S. capital without a McDonald’s. But it’s the kind of place where you can find a practitioner of Maya Abdominal Therapy, aka uterus massage. I’ll call her Shayna.

My friend from high school, now living off the grid in Randolph, Vermont, got pregnant at 44 and gives full credit to Shayna’s technique. “It’s totally noninvasive,” she assured me. “She teaches you, and then you do it at home every day.” While I didn’t share my friend’s enthusiasm for a rustic home birth, I did understand being 40-something and wanting a baby.

So I found myself driving three-plus hours north on a frigid February afternoon. For us Bostonians, speeding up I-89 can be an exhilarating flip-off to Beantown’s rigid, overeducated routine. In fact, the farther I got from Mass General and all those other fine institutions ready with their somber lectures and disheartening statistics about “advanced maternal age,” the more fertile I felt.

In Montpelier, Shayna’s office was just around the corner from the capitol. In Washington, DC, its geographical equivalent would be the Supreme Court or the Library of Congress.

On the second floor of a little brick house, Shayna’s waiting area was all dusty wood paneling and creaky chairs. There was no sign of life except for a pair of Naots neatly parallel parked on a faded towel.

Shayna glided in, a gorgeous 50-something with flowing clothes and an eager face. She led me into a room with two more creaky chairs and a massage table. We’d talk a bit, and then the Technique, she said. Did I have any questions? I did have a question. The Maya Abdominal Therapy website claims that many women have a “wandering womb” that needs to be nudged back into position to restore “the flow of blood, lymph, nerve, and chi.” Isn’t that some quackery from ancient Greece?

But I stopped myself. Enough with the cynicism and cold, rational thought. Leave that negative energy at home.

Instead, I revealed to Shayna that I already had three children and that my husband had no idea I was here.

She compressed her long fingers into a sympathetic knot. I knew at that moment she wouldn’t judge me.

Shayna had been in the business of “psychospiritual bodywork” for a long time (I don’t know what that means, but it sounds like people touching you and being kind). She’d been doing the uterus thing for two decades.

She held up a plastic model of something that looked like a brain aneurysm. Turns out it was a happy and healthy uterus. Blood rich, properly situated, and ready to go.

She leaned forward. “Has any doctor ever said you have a tipped uterus—but not to worry about it?”

Yes, they had. Every year, in fact. At my annual, while my feet are in stirrups and I’m staring at the Harvard Medical diploma on the wall.

She held out the plastic uterus like she was gifting me a vase. I touched it and nodded.

“Whenever you’re ready.” She smiled and tilted her head toward the table. It was time to learn the secret handshake with the womb that would get me the baby I wanted. Shayna asked me to expose my abdomen to the extent I was comfortable doing so. Then she demonstrated a sequence of little nudges into my belly, her fingers contorting into shapes suitable for shadow tricks.

And that was it.

Earlier in my life, I had come to Vermont for Phish and cheese-slathered fries at Nectar’s, or to summit Camel’s Hump. Now, all I wanted was a little optimism, like one of those mini souvenir maple syrups, to stash in my bag and bring home.

This article originally appeared in our October 2015 Print issue.