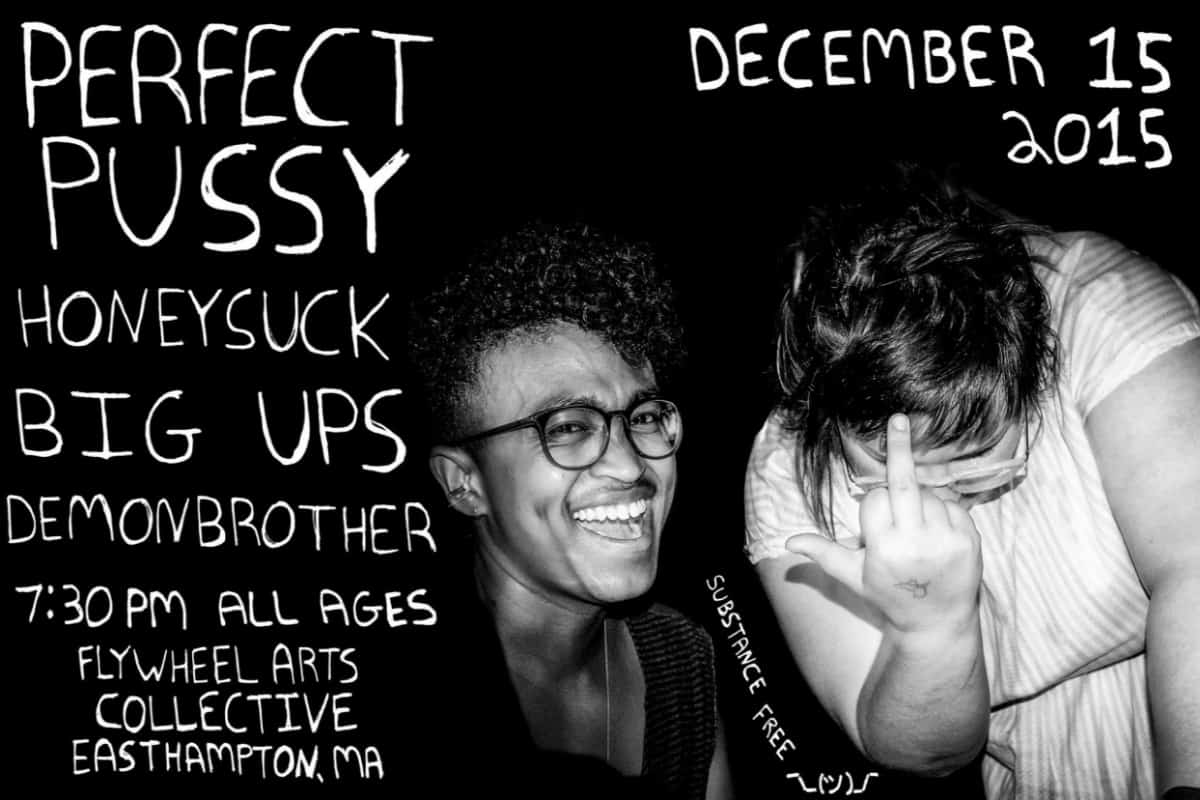 Sam Chaplin is a social worker and dear friend of Jaclyn Walsh, a full time student at Smith College in Northampton Massachusetts. These two rock-and-rollers, along with an ever-increasing list of rogue queer punks, comprise Eternal Slumber Party. This is the latest in our series of conversations with New England arts leaders. 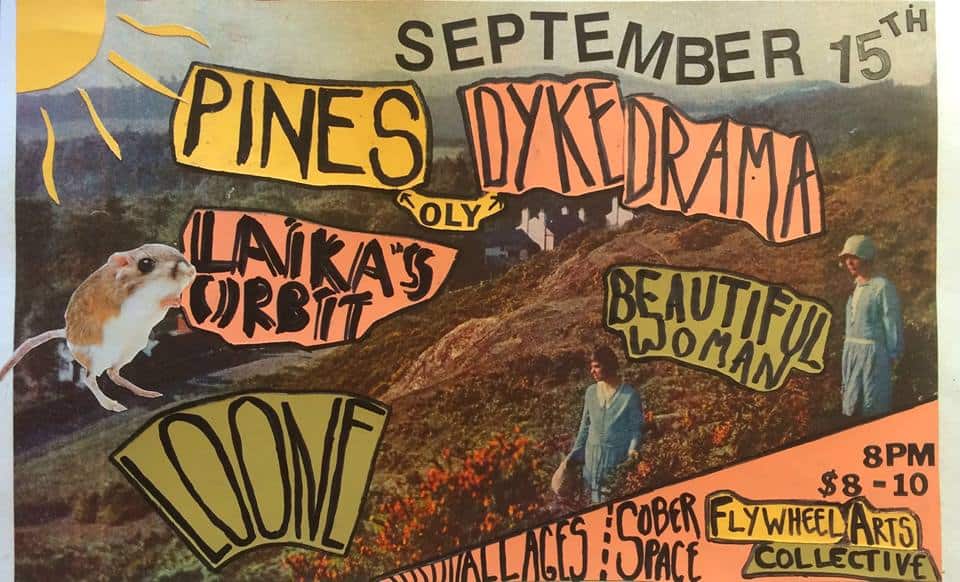 Jaclyn Walsh: Sam — so, how would you explain Eternal Slumber Party to someone who has no idea what it is?

Sam Chaplin: Eternal Slumber Party is a DIY show booking collective that centers women, queer/trans, and POC musicians. When I’m talking to someone who is less familiar with the concept of DIY I’ll usually clarify that this means the shows usually take place outside of typical for-profit venues (bars, clubs, etc.) and instead happen at places like Flywheel Arts Collective or local basements. DIY also means that we’re handling all elements of event production ourselves– including securing a venue, creating the lineup, publicity, and finding volunteers to staff shows (work door, run sound, etc.) It also means that we don’t get paid! I always call ESP a collective because it feels like that’s the dream that I had for it in the beginning, but it’s funny to think of it that way because, in reality, it is mostly just you and I who have carried the collective for most of its existence. Did I leave anything out?

JW: I think that pretty much covers it. I just want to clarify that when we talk about “shows,” we’re talking specifically about shows with bands, like rock shows, y’know? Think Blink-182’s 2001 smash hit “The Rock Show.” I’d also add that it kind of does feel like a collective, because in DIY a lot of times bookers and bands rely on their friends & communities to help make shows happen, and run smoothly. We’ve definitely gotten some collective help from the community and friends along the way! Speaking of the community & possibilities that exist within the world of punk and DIY shows, what is it that drew you to DIY when you first started booking? 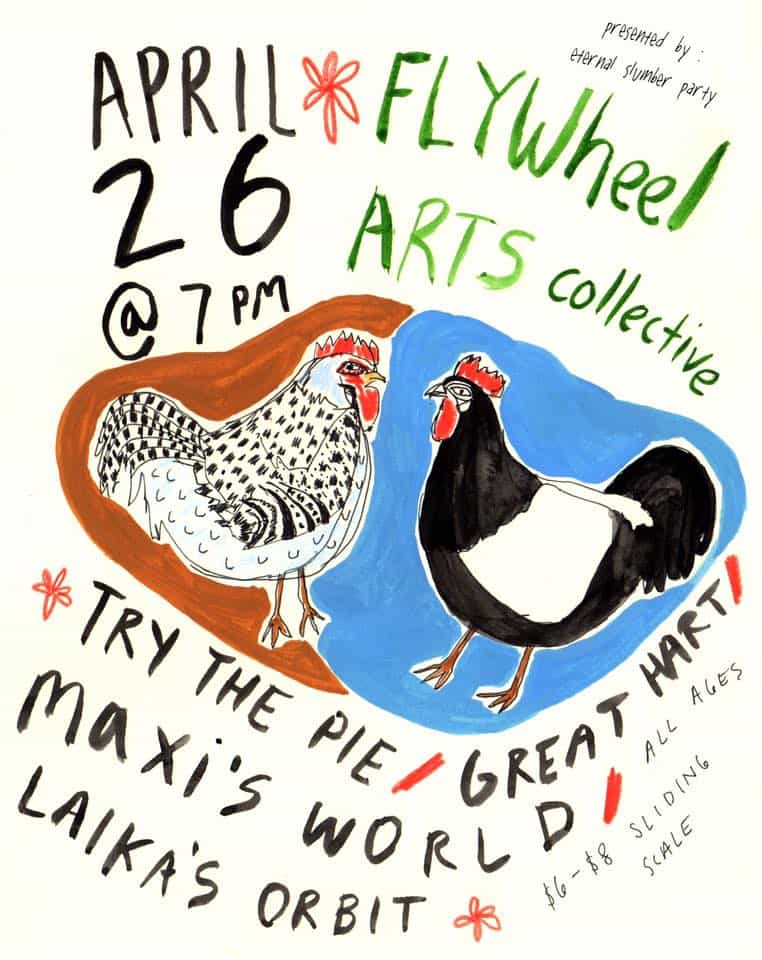 SC: I came up as a performer in a theater world, and it always felt like I had to wait for someone else to give me permission to make art. There’s all this gate-keeping, like auditioning for roles or trying to get opportunities to perform other people’s work. When I started going to punk shows, my world was really shook up by this concept that you can make stuff happen without anyone’s permission. Beyond the experience of performing, it’s also really cool to be a spectator to DIY because it makes critical engagement with art accessible and interactive. I can watch a band, pay attention to the details of their performance, think about the references that are coming to mind, and then I can usually talk to the musicians directly because I probably know them already. That’s exciting to me. Thinking beyond the general appeal of DIY, I’m wondering what specifically feels exciting to you about the booking role? What keeps you in it?

JW: I mean, there’s honestly so much, but at this point it feels pretty second-nature to me. I’ve been pretty obsessed with the ideology and dynamics of DIY music since early high school (shout out to Kurt Cobain), and I’ve been going to shows for years now (shout out to all the queer freaks who were booking shows in Boston back in the day). I think what’s kept me in it for so long is a mix of the music, the space that DIY culture allows for care and attention, the emphasis that it places on political thought, and the possibilities that exist for reciprocity and mutual support among creative folks. It’s really cool to be surrounded by and in touch with people who are endlessly inspiring and freaky, and to watch and help each other grow. Booking is something that makes sense for me to be doing as a musician myself, and as someone who is interested in making connections with and supporting other politically-minded musicians. This all feels weird and sappy to say because I’m already half-jaded, but when done with care and a community who gets it, DIY can be totally transcendent. I guess that’s what keeps me around.

SC: I’m always blown away by the wildly innovative music that gets made by people who are just regular guys like us, who show up in our small town to play in basements for donations and sell a few cassette tapes. Beyond the connections made with musicians, it seems like there are a bunch of awesome booking collectives cropping up in different areas. Is there anyone that you feel is especially kindred to ESP in the booking world? 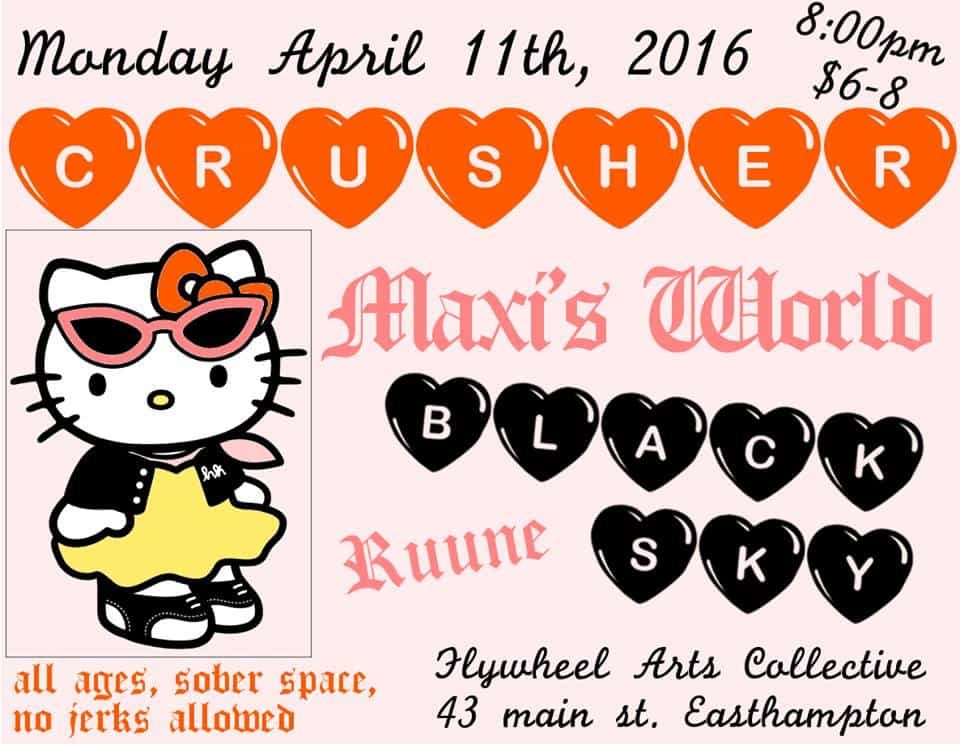 JW: Absolutely! Right now, I’ve been getting stoked on work my friend Mary is doing over in Long Island with her booking collective, Long Island Ladies. capitalH records is doing really cool shit over in Connecticut. All Mutable collective in Philly are doing amazing stuff as well. For Western MA: SALT is amazing. That all being said, I wanna shout-out some booking collectives that were foundational to what I wanted to do…I first realized I could do a collective like this when I read an interview with Unregistered Nurse booking (based in Baltimore) in The Media back in high school, and it helped a lot to be surrounded by cool people in Boston booking shows by and for queer punks, Smash It Dead Fest folks, Kimberly who was doing work over at the Democracy Center, etc. There are countless bookers I could directly shout-out, but it comes down to this: I am endlessly inspired by any DIY booker who’s not a straight white dude. I am endlessly inspired by any DIY booker who makes a point of not booking over-saturated straight white dude bands. And I am endlessly inspired by any DIY booker who still cares about and centers radical politics in the work that they do. 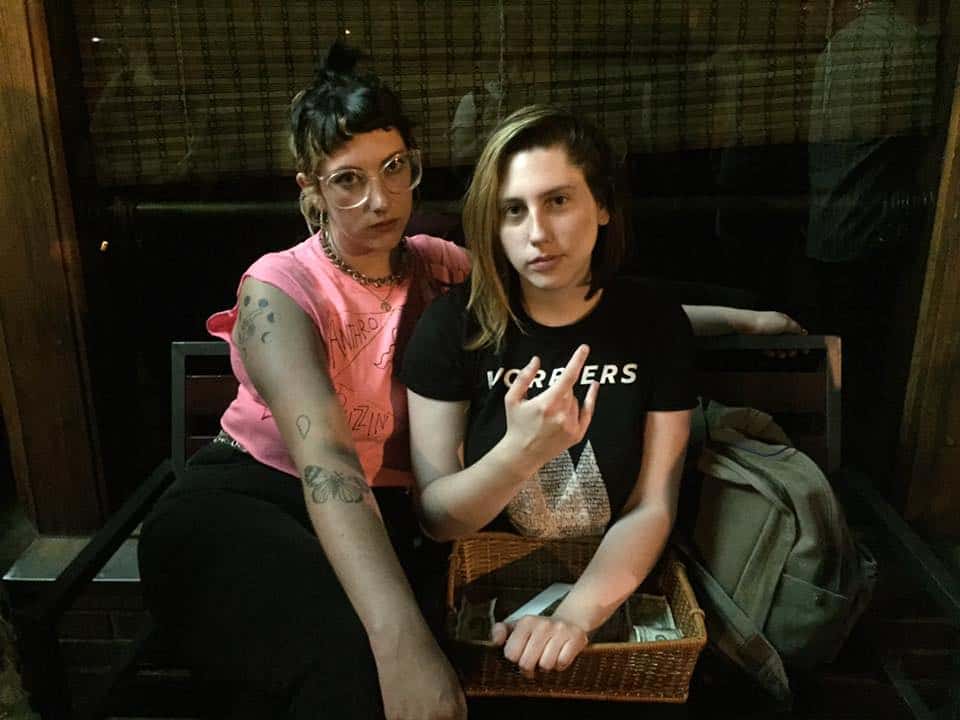 Be sure to follow Eternal Slumber Party on Tumblr, Facebook and Twitter, and get to the gig featuring Sad13 (Sadie Dupuis of Speedy Ortiz), Vagabon and Maxi’s World at 13 Queen in Northampton Massachusetts on November 16 at 8pm.