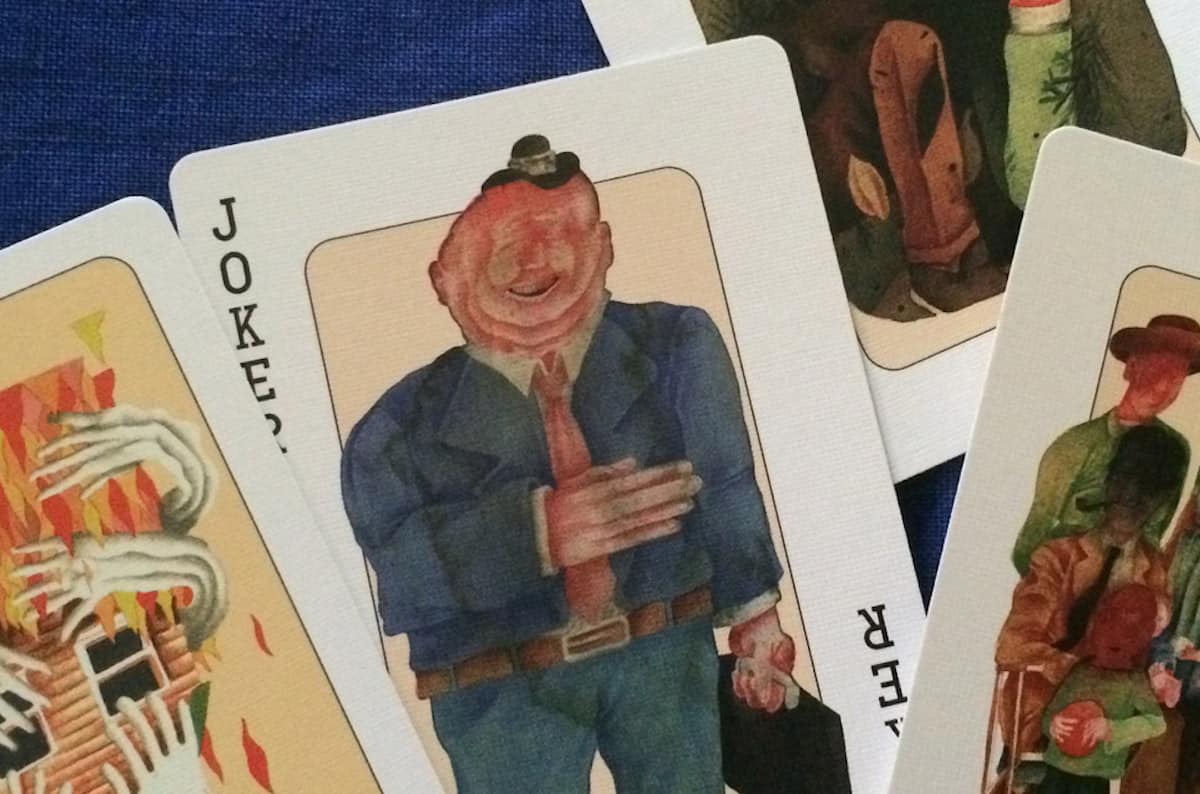 In an age in which people bemoan the digitization of life, this is a throwback to a time when an evening could pass quickly with one deck of cards.

This is not a deck for poker or gin, though. The Family Arcana, beautifully illustrated by artist Eben Kling, is a deck for people interested in words and stories and odd twists, people with a love of the macabre in a Charles Addams-meets-Mark Twain sort of way.

The November issue of Take has a full interview with creator Jedediah Berry, who lives in Amherst, Massachusetts, with his partner, Emily Houk. In it, he explains the game’s inception and the many ways it can be played. They’ve already added cards to the game, which launched in September after a successful Kickstarter campaign and is published by their new company, Ninepin Press.

To give you more of a feel of the game, we played a quick hand. The “story” loosely flows around a family trying to save their falling-down farmhouse from foreclosure — hence the pickled banker joker card. But this is no ordinary family, as one flip of a card reveals.

This is a game that could can start — and end — with one card. (Each card’s narrative is designed with that in mind.) Or players can pick multiple cards and see where the tale spins from there. All you have to do is shuffle, deal, and read. Where you end up is up to you…or perhaps Grandmother. 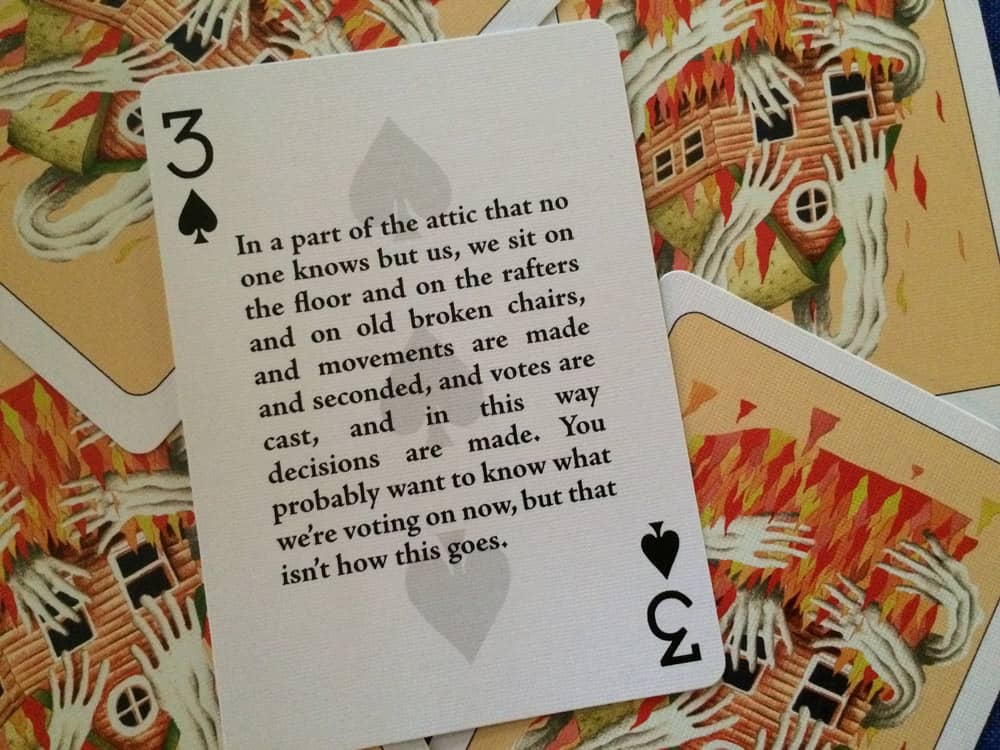 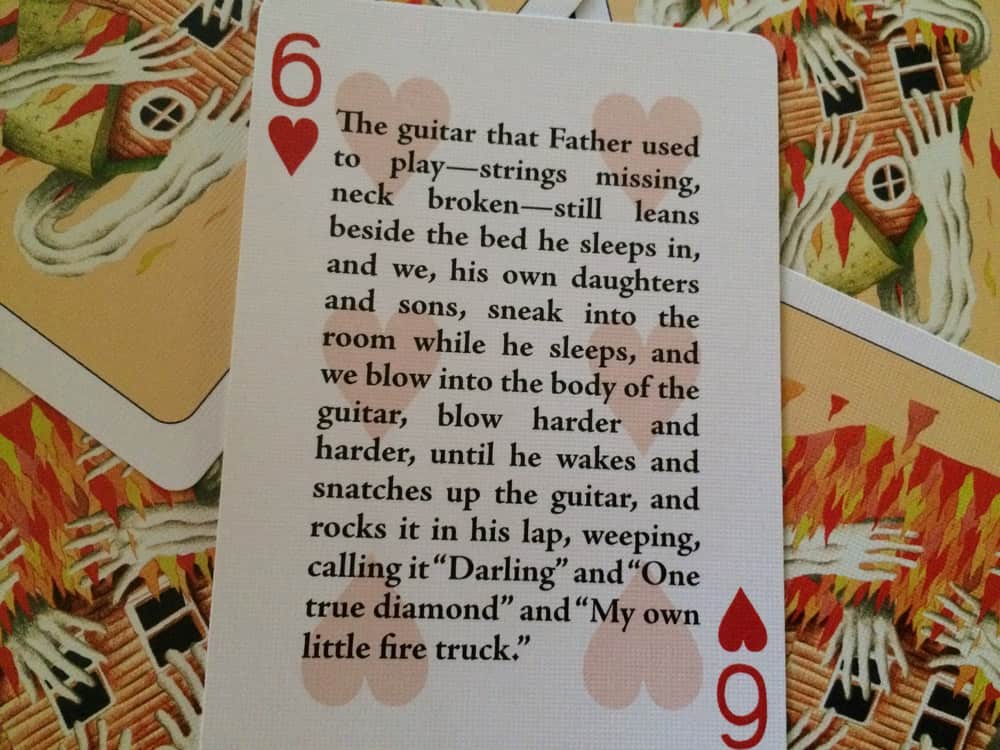 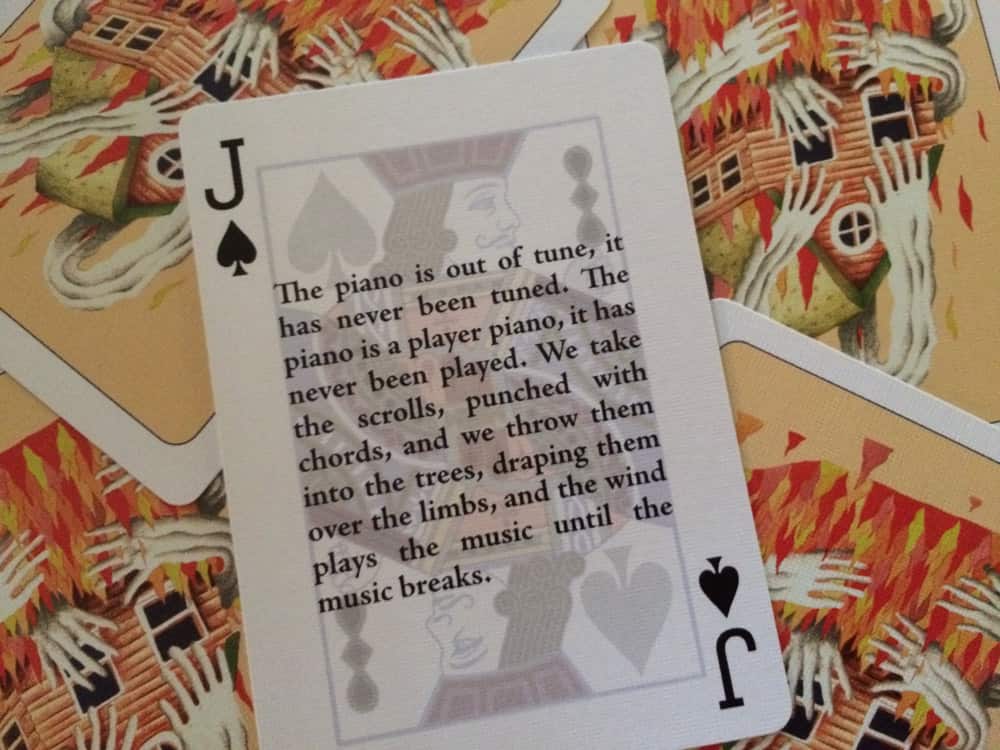 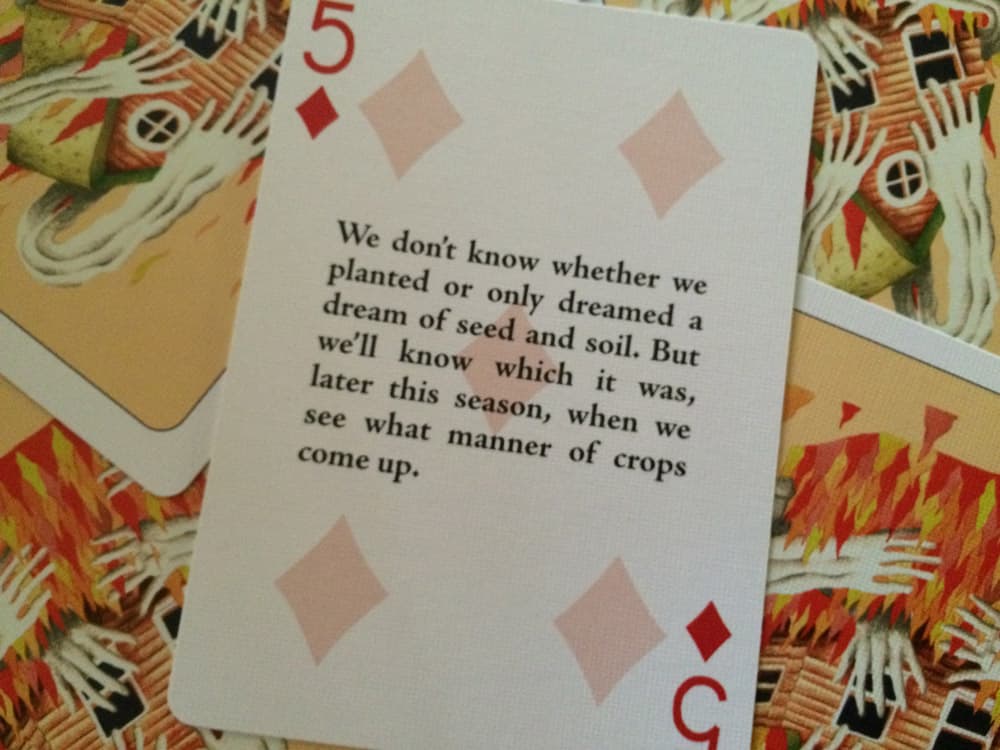 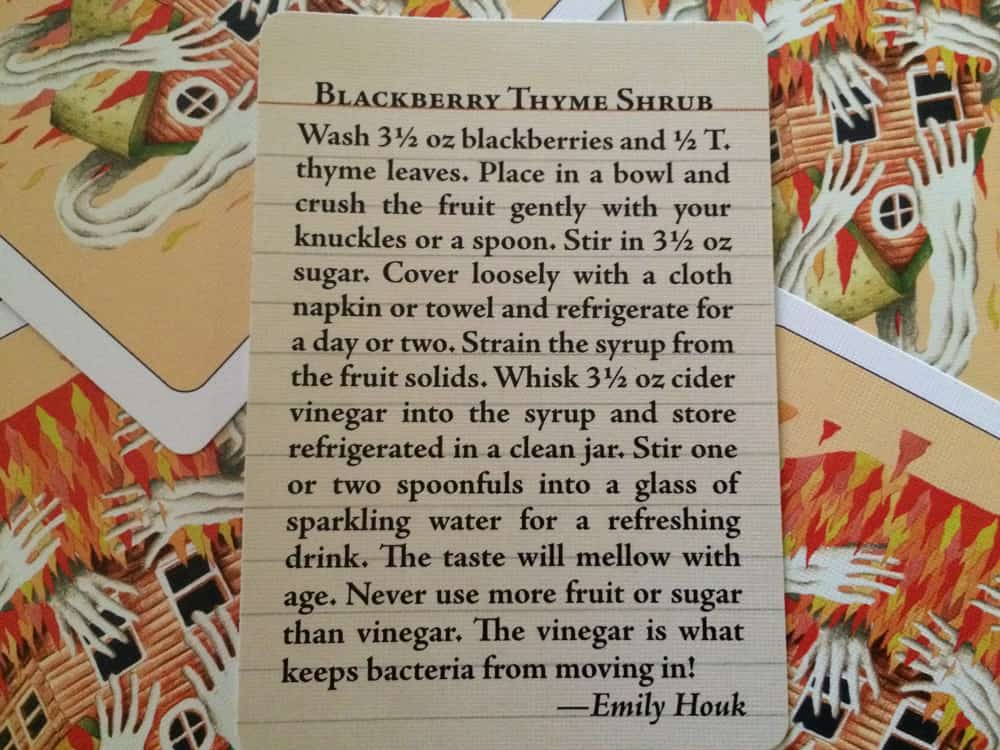