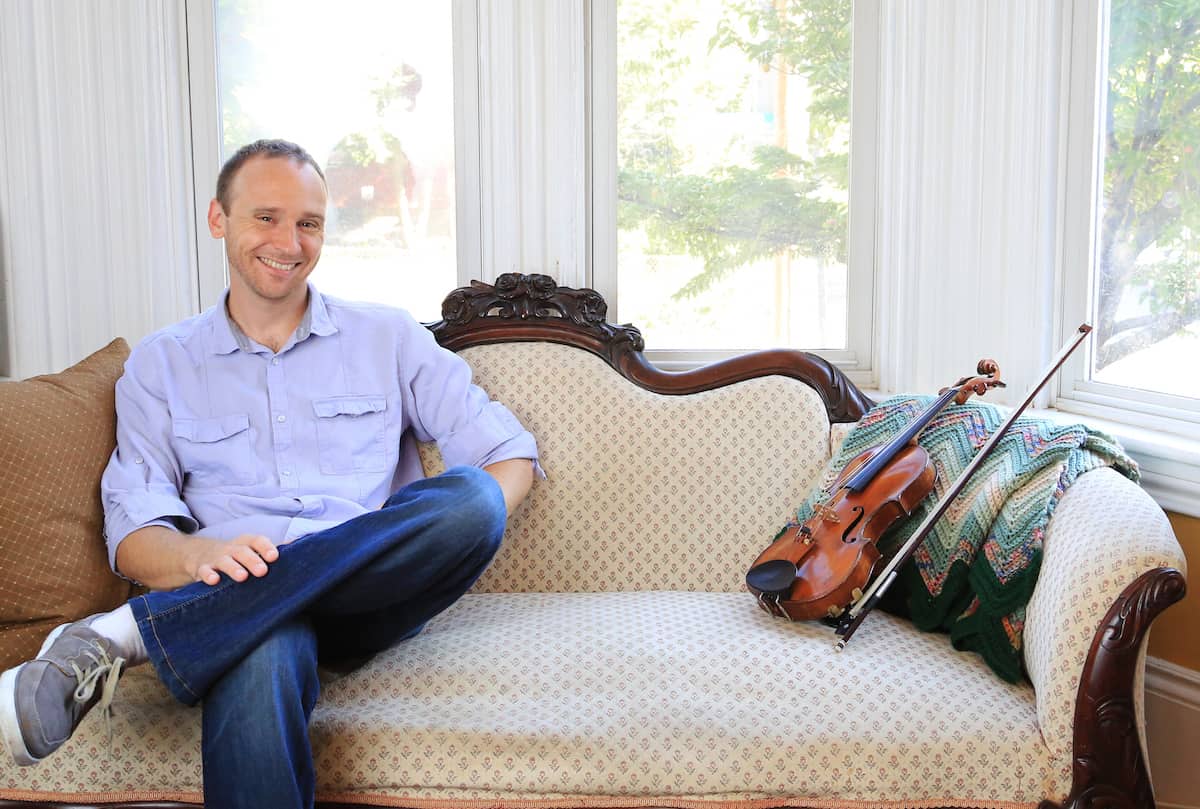 Violinist Charles Dimmick can be heard with the regions best ensembles – and spotted on the roads driving between them.

When we talk, violinist Charles Dimmick, concertmaster of the Portland (Maine) Symphony Orchestra, Boston’s Odyssey Opera, the Rhode Island Philharmonic Orchestra, and the Boston Modern Orchestra Project, is about to do something few musicians ever do. He is about to go on vacation for a week and leave his 1785 Antonio Gagliano violin at home.

That’s right. In a musical version of turning off your cell phone, Dimmick, who has been playing violin since he was five, is going to spend a week not practicing two to three hours daily—and that’s not counting rehearsals.

He admits he’s a little nervous. “I haven’t done this in 14 years,” he says. “It was really busy last year. I think for my own playing it would be good to have a little time off. Vacations are good for the mind and the spirit.”

Vacations are likely also good for Dimmick’s car, since he spends a good deal of his time traveling between Maine, Massachusetts—he’s based in Boston’s Jamaica Plain neighborhood—and Rhode Island during the regular orchestra season. Summers often find him in New Hampshire (see Daytripping for his favorite haunts), where he performs at the New Hampshire Music Festival and is a founding member of the Monadnock Music String Quartet, based in Peterborough. 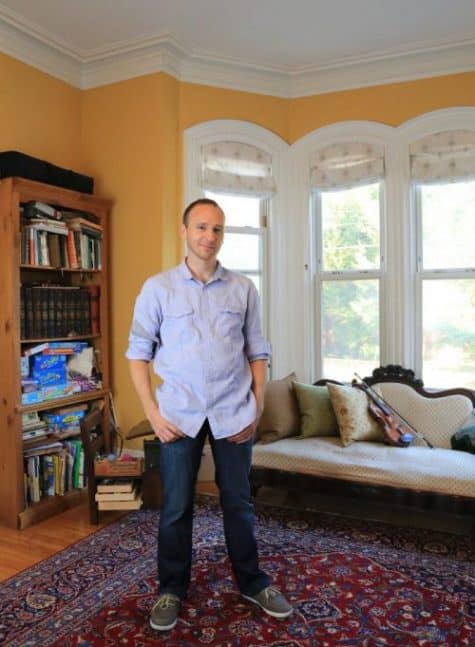 “There are times of the year when I’m always in the car,” he says, “although not as much as I used to be.” The Maine and Rhode Island symphonies, which share other players, have gotten savvier, Dimmick says, about scheduling concerts and rehearsals so that the musicians don’t have as much back-and-forth. “In the past there were some terrible days: Rhode Island on a Friday night and then Portland Saturday morning for rehearsal and then back to Rhode Island for a concert.”

Dimmick’s popularity on the professional circuit isn’t that surprising. The 37-year-old has been lauded by the Boston Globe for his “cool clarity of expression” and is a frequent soloist in the region. The Portland Press Herald praised his “luxurious and stellar performances” and his “technical and artistic virtuosity.”

Dimmick was introduced to classical music early. His parents were both professional musicians—principal trumpet and clarinet with North Dakota’s Fargo-Moorhead Symphony Orchestra. A violin teacher in the orchestra suggested Dimmick take violin lessons. Although he says he resisted at first (he wanted to play guitar), once he started, he took to it right away. “It was a natural fit right from the beginning,” he recalls.

It was a teacher, violinist Joseph Silverstein, who lured Dimmick from the Midwest. A summer at Tanglewood sealed his love for New England.

“[Boston] has all the things I need for my professional and artistic life, and yet a lot that’s really beautiful and nearby,” he says. “I love the architecture and historic homes, the breathing spaces, the Olmsted parks.”