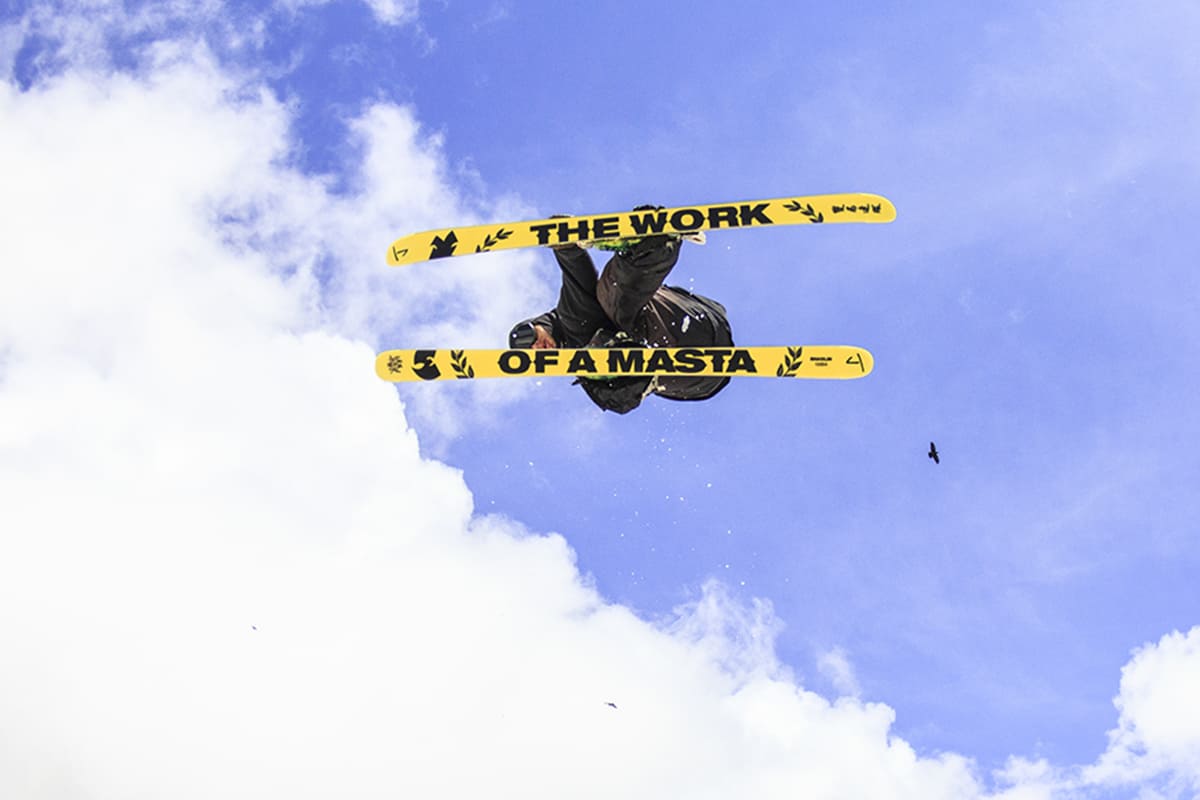 Cats shooting laser beams from their eyes. Native American–inspired tattoo art. A holiday sweater featuring embroidered deer coitus, beer steins, and pizza. Have a look through the offerings on the J Skis website, and you’ll see these unlikely graphics—and much more—adorning the limited-edition runs of award-winning skis. With owbrow or high art as graphics, this is the sort of stuff that you simply won’t find on display in a big-box sporting store. And that’s just how Jason Levinthal likes it.

When Levinthal founded J Skis in 2013, his direct-to-consumer business model spun the ski media into a furor. He could release J Skis products on his own schedule, rather than go through the multiyear design, development, and distribution process typical of a larger corporate ski company. Selling direct built closer relationships with the actual skiers who were buying—enabling Levinthal to design for what the consumer wanted, not for the store selling it. Even better, he got to put whatever graphics he wanted on them.

Yet it was more than just the look or business model behind J Skis that stirred up so much attention. This wasn’t the first time Levinthal had flipped the ski industry on its head.

“Going through the evolution of action sports made me think, ‘It’s totally normal to revolutionize ski design’—I could just do it in the garage like all these snowboard companies were doing,” Levinthal recalls about developing the first twin-tip skis. Now 44, he cuts a rangy and ropy figure, just what you’d expect from someone who’s dedicated his life to outdoor activity. Levinthal’s normally calm and patient demeanor keys up a notch when he talks skiing. From underneath his always-present black trucker hat, his eyes light up as he starts to explain his story, punctuating key points with hand gestures. 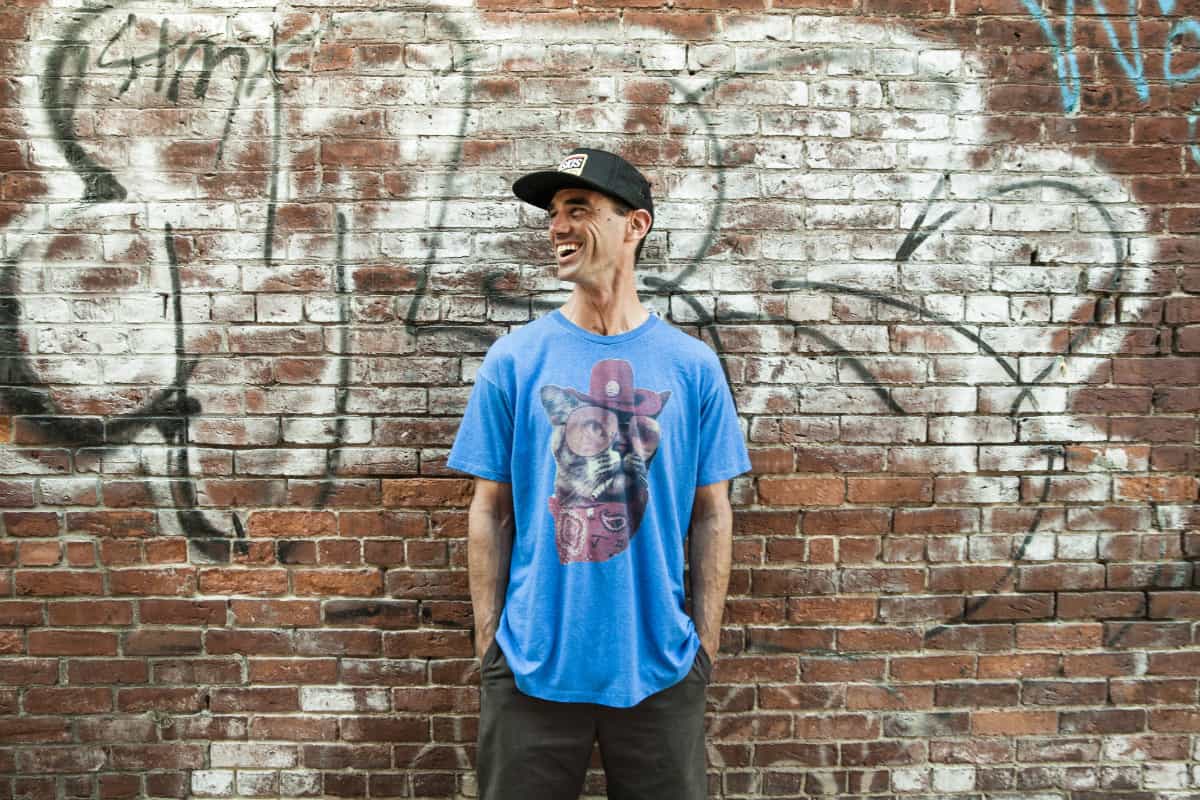 LINE Skis, which Levinthal founded in 1995, changed the paradigm of the sport with skis that were built to go backward as well as forward. No one had done that yet. The skier slopestyle events that are primetime draws for the X Games—and now the Winter Olympics—simply wouldn’t have been possible without the innovation that Levinthal cooked up as a senior in the Graphic and Product Design program at the University of Buffalo. What made the Albany, New York, native take on such a disruptive redesign? Levinthal credits a passion for action sports like BMX, skateboarding, and snowboarding in the ’80s and ’90s. It was an era defined by independent brands and startups, when product innovation like pegs on bikes and symmetrical nose and tail kicks on skateboards literally unlocked the next progression of performance and expression.

LINE was so successful that in 2006, it was bought out by K2 Skis. Levinthal continued his involvement, growing the once-fringe brand into a top-five ski company, and launching the Full Tilt ski boot company along the way. In 2013, he left LINE to start J Skis. Fast forward to 2017, and the walls of Levinthal’s current Burlington, Vermont, office feature J Skis products. There’s not much LINE Skis memorabilia in sight—he’s got most of it stored in the basement of his house in Shelburne. So, after nearly two decades of building LINE into a top-tier company, what made him walk away?

“My family will tell you, I don’t have a lot of patience or a long attention span,” jokes Levinthal. “Once things get too easy and stable, I’m bored. Even though it’s really stressful and not comfortable most of the time when you’re doing new things, I just feed off the energy of that.”

There’s no doubt J Skis embodies the new. Downsizing to just a few employees and a network of collaborators allowed Levinthal to trim away all the middlemen and retailers. That means he juggles more responsibilities, but the upshot is that he gets to design pretty much whatever he wants, immediately test it with his market, and, if it works, build and sell it in small batches. It all starts with award-winning skis—an aspect of his product design that also owes a lot to his direct-to-consumer model. The result: a lot of his products have won Skier’s Choice awards from Powder magazine.

“Running J Skis like this lets me be much more flexible, more nimble,” explains Levinthal. “Being able to bring to market whatever creative ideas I have, faster, is a huge benefit—it boils down to the ability to take those kinds of risks. Basically, I’m just doing limited-edition artwork in the form of skis, you know?” 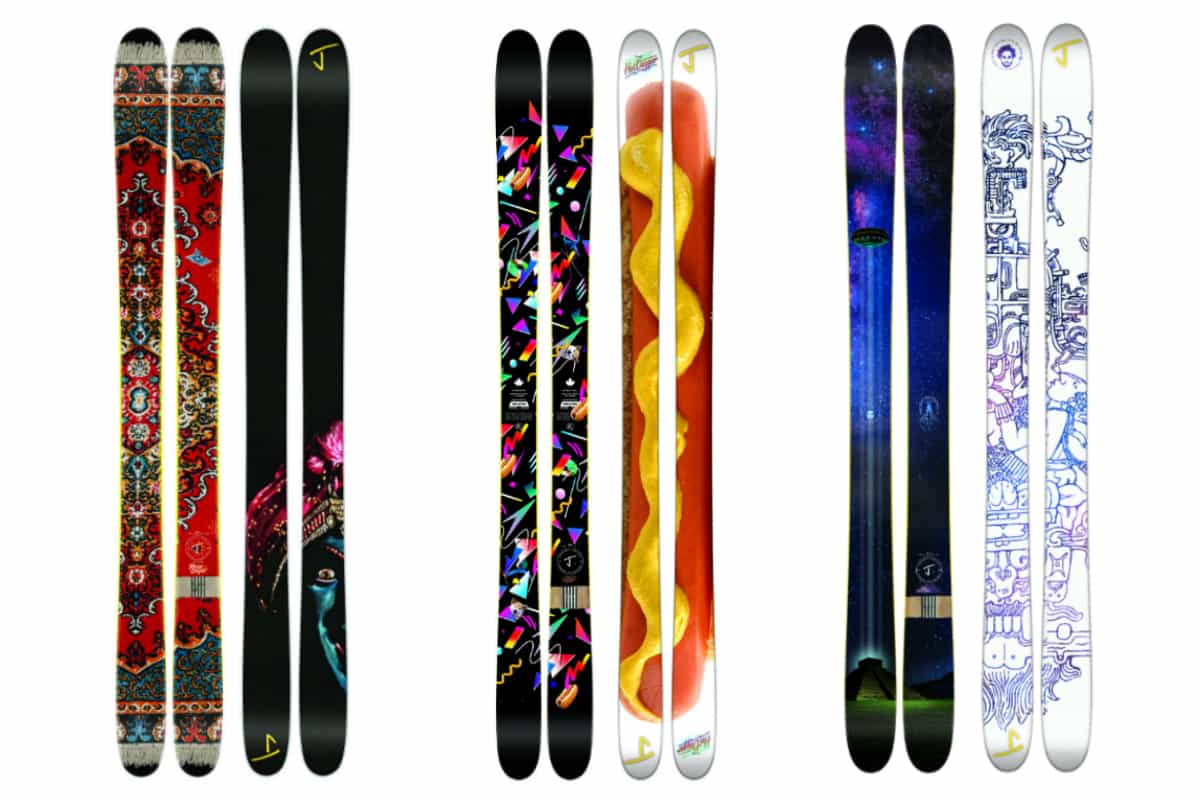 Without the need to satisfy a mass market, he draws from a much larger pool of influences than he did at the height of his time shepherding LINE Skis’ growth. Conversations on a ski resort chairlift, something he saw on the Internet, a new movie—it’s all fodder for a new graphic. Levinthal collaborates with an equally broad range of visual talents, from Adam Haynes, an Oregon-based veteran of action sports graphic illustration, to Conrad Godly, a Swiss fine art painter who regularly turns down corporate commissions and just happens to be an avid skier. The list also includes graphic icons like tattoo artist/illustrator David Hale, and kitsch collaborations with the camo brand Realtree. What all of these artists have in common, says Levinthal, is that they want to take on the projects because they want a pair of the skis themselves.

Like many successful entrepreneurs, Levinthal straddles two worlds: he’s got to be loose enough to spin out wild graphics, and together enough to helm a profitable business. “My dad was a middle school art teacher and my mom was a middle school math teacher, so I have a little bit of both of that,” he muses. “I always enjoyed art, and I think of every product I make like an art project. And at the same time, I’m analytical enough, you know? Doing something like this, you have to be creative, and also realistic.”

Given that J Skis can effectively be run from a pair of laptops, Levinthal could live anywhere. So why does he continue to call Vermont his home? When K2 Skis bought LINE Skis, the Washington-based company wanted him to move out west. But, Levinthal jokes, he took one step off the airplane in Seattle, turned around, and headed back east. Despite having skied and traveled around the world, he says there’s no substitute. “New England’s a one-of-a-kind place, and Burlington is really the epitome of that in a lot of ways,” he says, adding that it’s not just about quality of living. “The quick-changing weather creates this attitude of ‘Let’s make it happen. Let’s not wait’—that sense of urgency drives a lot of entrepreneurial spirit, and builds support for new and different ideas.”

Not to mention that Vermont winters are pretty long and deep. Now that he’s a family man with parenting responsibilities, there’s no mystery as to why Levinthal lives within an hour of the best ski resorts east of the Rockies: snow is still his main inspiration.