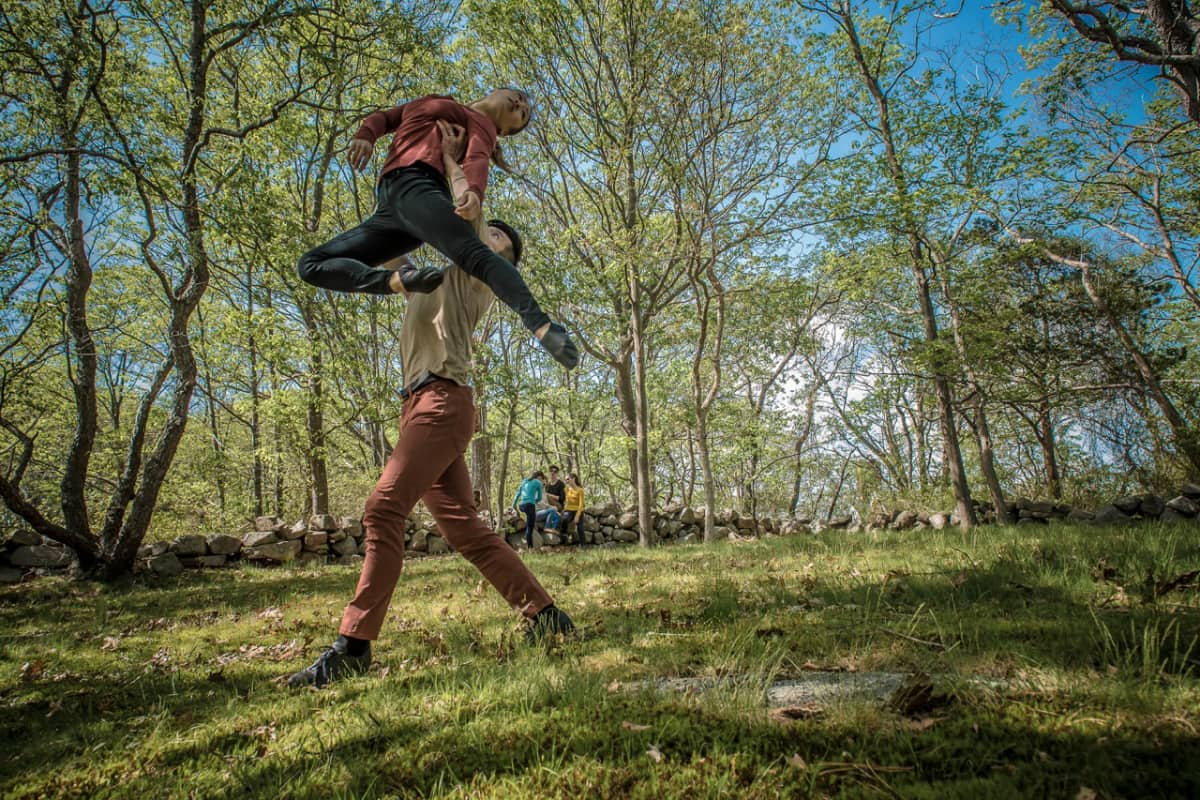 If he’d been a better baseball player, Junichi Fukuda might never have discovered dance.
Fukuda, whose fluid, athletic style characterizes his interpretative performances, is a dancer, choreographer, and founder of Fukudance, a contemporary dance company based in Boston, Massachusetts. He’s performed nationally and internationally with prestigious choreographers like Eliot Feld, Lar Lubovitch, and Jacqulyn Buglisi, and danced with companies from Boston to San Francisco. Currently, he’s interested in bringing more contemporary dance performance to Portsmouth, New Hampshire. To that end, this summer Fukuda is featured in the “Second Eye” series at 3S Artspace, which invites visitors to experience Fukuda’s interpretation—through dance—of the gallery’s current art exhibit.

As a teen, Fukuda played competitive baseball in his native Japan. “I was the third-best player on the team. I didn’t think I had a chance, so I quit,” Fukuda says. Instead, he became intrigued with breakdancing, which was sweeping 1990s Japan. “My friends and I started mimicking the videos and commercials we saw,” he says. “Then we started looking for outdoor spaces to dance in.” 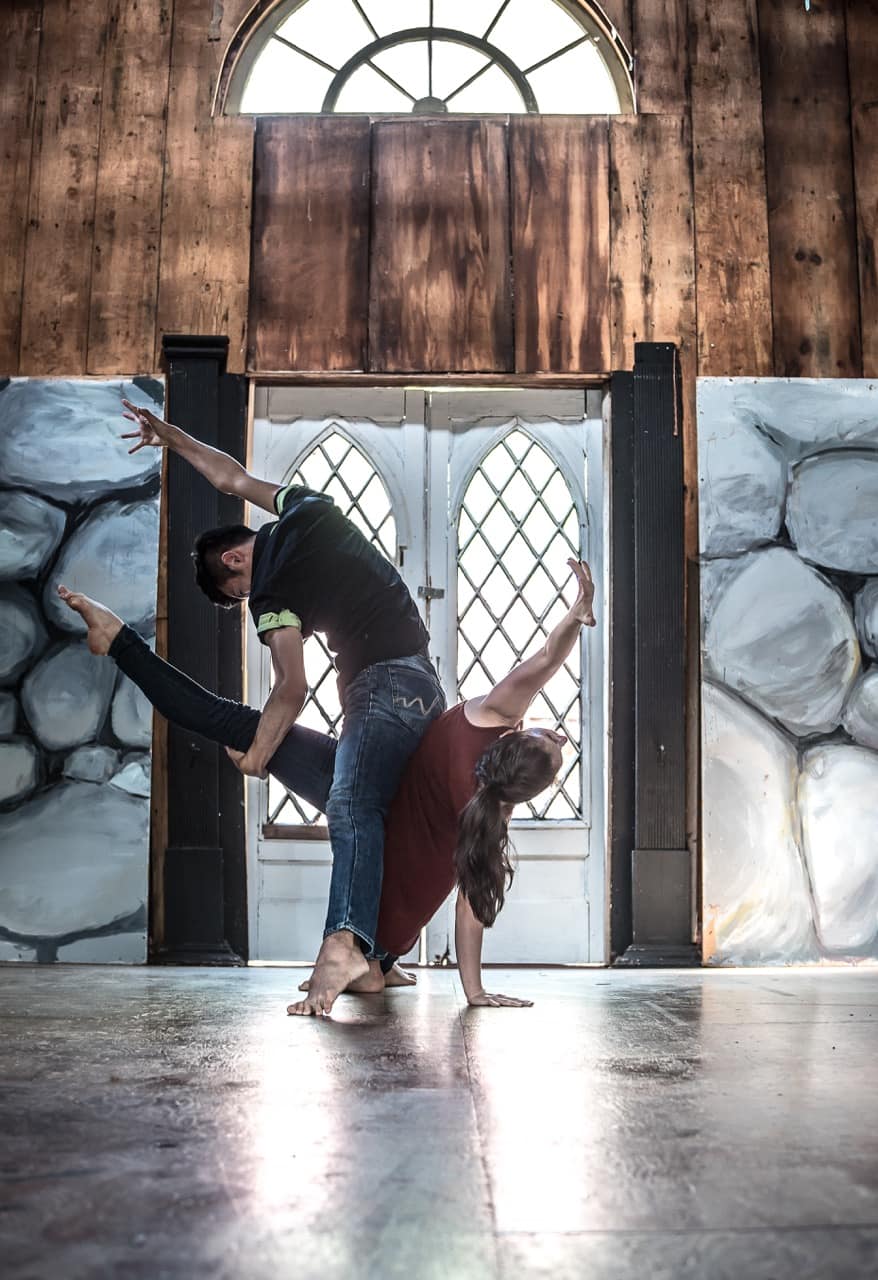 His curiosity about the genre ultimately led him to the U.S. After graduating from the Boston Conservatory, he played with a variety of dance styles, from classical ballet and Baroque to contemporary. As a member of Ballet Tech/NY, Fukuda worked with famed choreographer Eliot Feld, whose distinctive style melding ballet and contemporary dance later influenced his own performances. “His style is ballet-based, but in his own way,” says Fukuda. “He taught me how to get deeper into my performance. He was always looking for something new.” 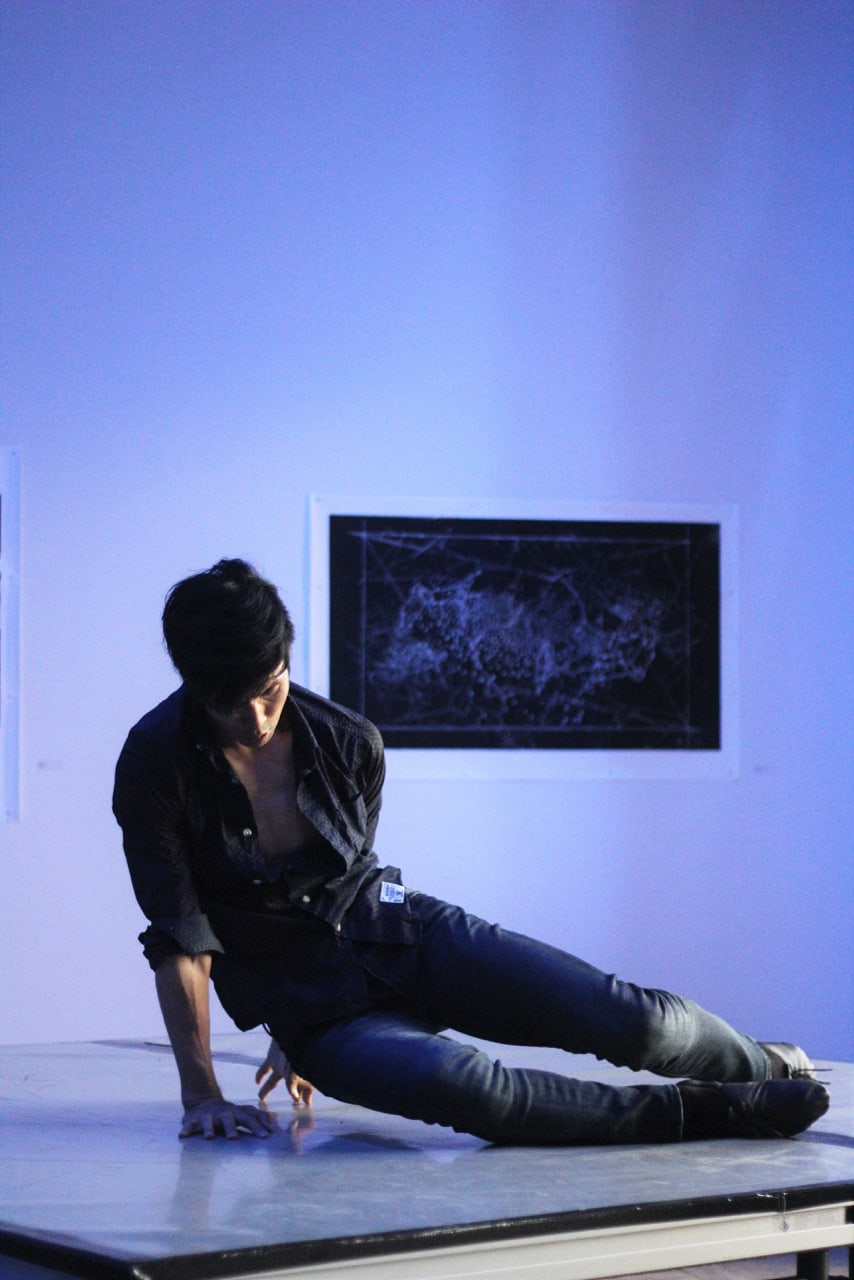 Fukuda moved to Portsmouth with his wife and son several years ago. He keeps a full schedule. This summer, he was in San Juan, Puerto Rico, pursuing a master’s degree in choreography with Jacksonville University.

His performances at 3S Artspace, which continue through September, take interpretive dance to another level. He uses art work to inspire a short dance and then welcomes the audience to share their feelings about what they watched. Then Fukuda reviews the comments and dances again. “It enables the audience to witness process and how perception and context influence a dancer’s expression,” he says. “I’m trying to get audiences familiarized with contemporary dance.”

Ultimately, Fukuda hopes to cultivate that audience. “I’m interested in exploring movement in new ways,” he muses. “I’m trying to craft dances as an outsider looking in.” Time will tell if Fukuda’s hit a home run.