Artist Ethan Hayes–Chute thinks a lot about the spaces we inhabit and how we experience them. His three-dimensional installations, built from salvaged wood and other materials, reflect his thoughts on self-sufficiency, self-preservation, accumulation, and nature. “I’m enchanted with working in different mediums, at different scales, and offering different entry points for people to encounter my work,” he says. His current work, a photographic series called Beacons, is part of We Might Climb a Tree, at Least, an exhibition celebrating naturalist and writer Henry David Thoreau at the Maine Museum of Photographic Arts (MMPA) through January 27th, 2018.

The photos in Beacons, shot in the woods surrounding Hayes-Chute’s family camp on Lake Sebec in central Maine, juxtapose the familiar (ordinary household lamps) with the ominous (a dark forest). Each lamp, pictured hanging from a tree, creates a small, familiar circle of light. “My inspiration for the series happened by accident,” Hayes-Chute says. “I was working outside at the camp with a lamp and was really taken by the light’s interaction with the leaves against the darkness.”

A builder and maker during his childhood in Freeport, Maine, Hayes-Chute became fascinated constructing small sculptures and miniatures as a student at the Rhode Island School of Design. His family (his father, James Chute, is an artist who recommended the Beacons series to MMPA Director Denise Froehlich) and experiences growing up in Maine are reflected in his art. “The settings and similarities I create or recreate from imagination and my family history creep in quite often in my work,” says Hayes-Chute. “I’m always happy to have those moments.” 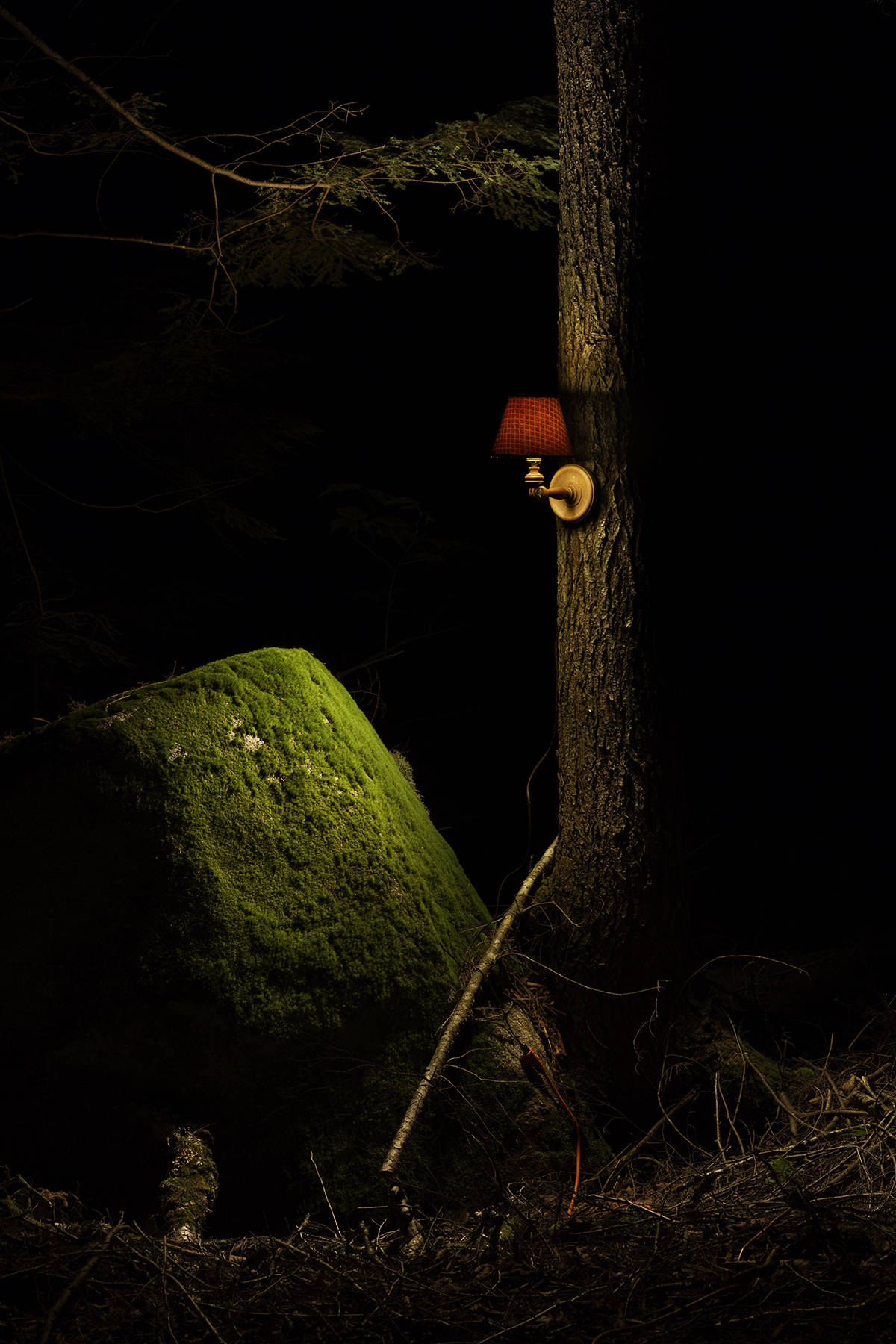 Last year, Hayes-Chute used his maker skills to explore familiarity in a space, building a room-size workshop — complete with with workbench, tools, and assorted odds and ends — in an installation at MIT’s List Visual Arts Center. More recently, with collaborator and Finnish performance artist Dafna Maimon, he combined large-scale installation with performance art by creating Camp Solong. It’s an immersive three-day summer camp for adults emphasizing play, community, and the universality of saying “goodbye,” whether to others or to one’s emotional baggage. 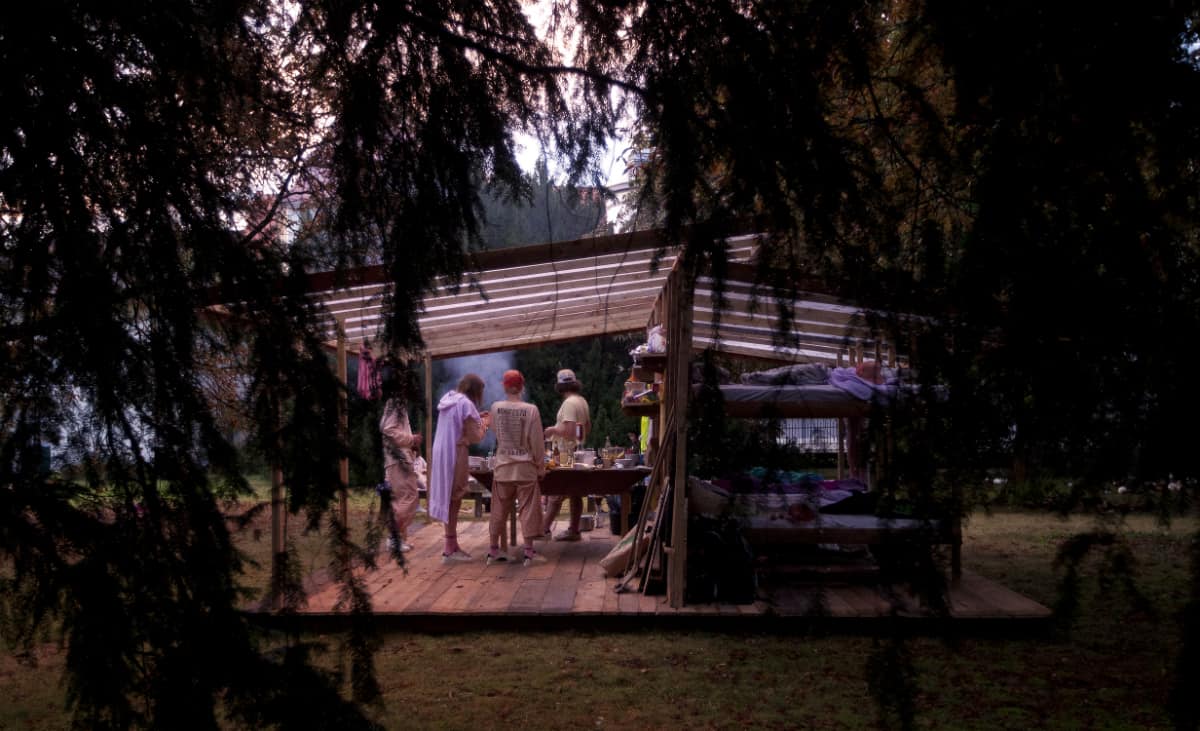 Hayes-Chute and Maimon built the camp, a one-walled cabin with a roof, platform, and eight bunk beds with a table and benches, which pops up each summer in different locations, including Finland and Germany (Hayes-Chute hopes to bring it to Maine). “I always wanted to integrate performance in to my work and activate my own structures,” Hayes-Chute notes. “Dafna and I came up with the idea of summer camp through discussions about how people need to learn how to empathize and communicate with each other.”

Hayes-Chute is also experimenting with video. His “New Domestic Woodshop,” a humorous riff on popular do-it-yourself television shows and YouTube videos, was developed for CONGLOMERATE TV, a collaborative project in Berlin. As the host, Eth, Hayes-Chute uses the many materials he has in his workshop to solve minor problems (for example, in this video, how to create a lap desk that enables him to work from bed). His next project is creating an experience around making customized cooking spices, a theme touched on in his installation at the List.

Whether it’s video, performance art, or large-scale installations, Hayes-Chute is still tinkering. “I want people to see these collections of objects and have the experience of seeing something familiar,” he says.