As the excitement around Miami Art Week starts to die down, and the last of the Drake and Drake-adjacent performances end, we decided to head out for one final round of perusing the fairs. In addition, we ran into a certain famous duo who are usually hanging outside bodegas in The Bronx, but more on that later. 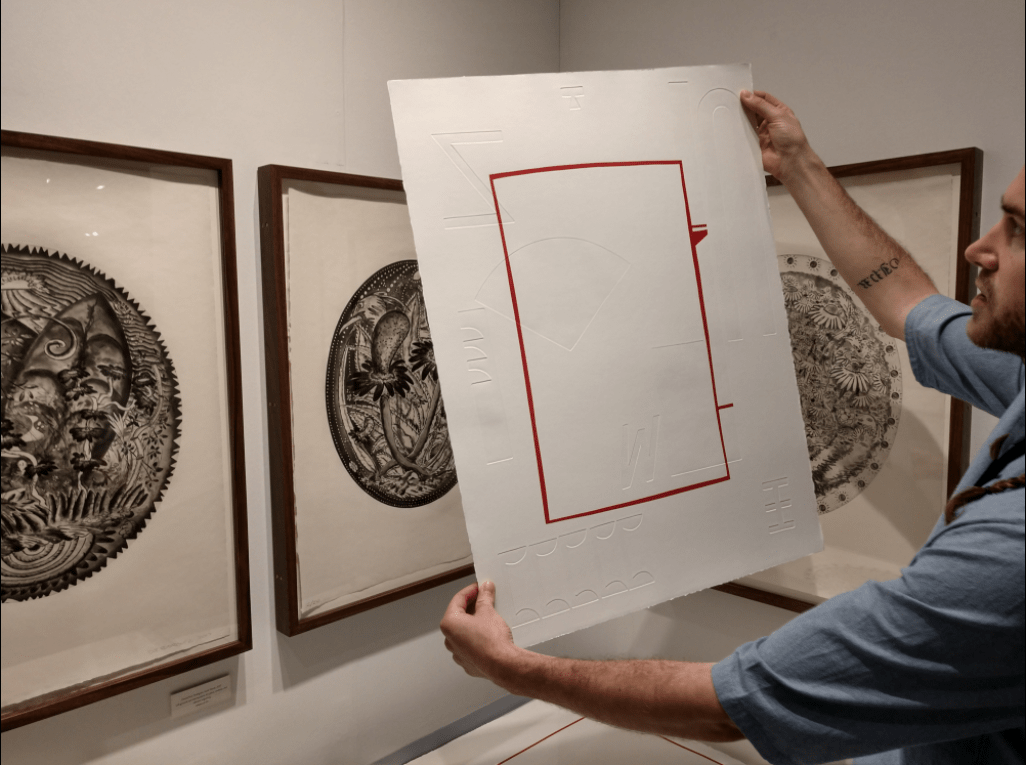 First up was NADA Miami, which is the only major American art fair programmed by a nonprofit (New American Art Dealers Alliance). It seeks to  “[explore] new or underexposed art that is not typical of the ‘art establishment.’” We chose NADA as one of the final fairs to see because of its embrace of the underexposed and we needed to see works by Maine artist Elizabeth Atterbury who was named an Artist to Watch at fair by NADA organizers.

Northampton resident James Pettengill represented Wingate Studio out of Hinsdale, New Hampshire, which had some of Atterbury’s sculptural, embossed prints. Pettengill helped his father, master printer and owner of Wingate Studio, move the print shop in a new direction towards publishing contemporary and emerging artists. He was excited to show Atterbury’s work since her medium and method seem to match the shop’s new direction. Pettengill thought NADA was just the place to do it. “We do a lot of print fairs so it’s usually us and other print makers,” he says. “But to be at a contemporary art fair is really nice because we work with artists who are showing in that context.”

Wingate Studio not only operates as a publishing space for emerging printmakers; it also offers artists from around the region a small residency program (much like what Macrina Newhouse is doing at Mary Sky). The folks at Wingate Studio invite artists for short period of time to collaborate with staff while they live on their family farm in Hindsale. 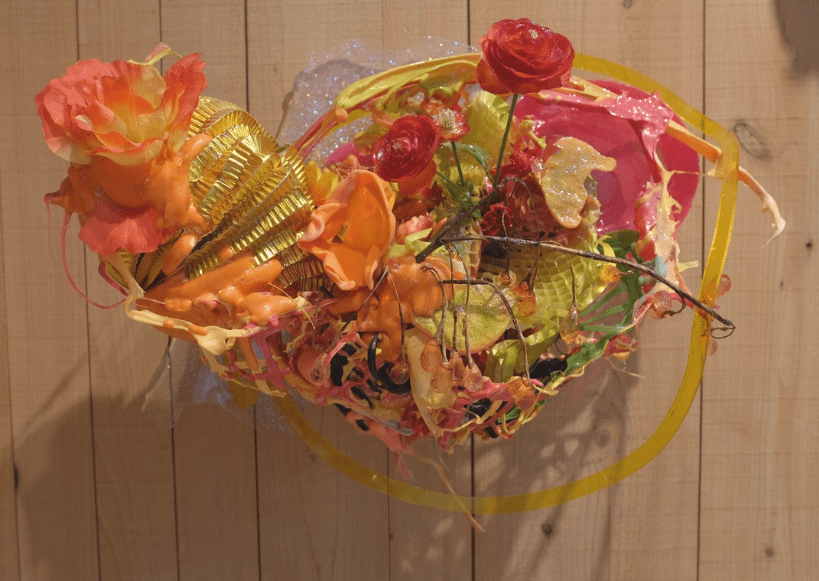 Our final fair stop was Art Miami, the largest of the Art Miami/Aqua/Context network of Miami art fairs. Art Miami is less like a NADA, Untitled or SCOPE, and more like a PULSE or even Basel. At Art Miami,  there’s less fodder around programming and events, and more about packing the tent with people and sellable art.

This is where we tracked down James Baron Art, a booth full of interested buyers and contemporary works on paper and sculptures. Barron divides his time between Rome, Italy, and Kent, Connecticut, and has sold works by works by Picasso, Matisse, Warhol, Diebenkorn and LeWitt (just to name a few). “We work with collectors that are selling works. We don’t sell works directly from artists,” says Hascy Cross, director of James Baron Art. “Maybe the pieces have already been on the market sometime in the past or people will consign pieces to us in hopes that we’ll sell it for them.”

tomorrow is desus and mero’s first art auction and yes, these are the best art pieces money can buy #miamiartbasel

After the long haul across town through two different fairs, it was time to laugh at ourselves a little bit. So we cutt out to Wynwood to see Desus Nice and The Kid Mero of Viceland cable’s illustrious late night talk show Desus and Mero. They stood atop the Viceland Bus and conducted an art auction to benefit Planned Parenthood featuring props from the set of their show, one of Desus’s signature (allegedly) unused chap sticks and, of course, an enormous picture of themselves.