We stepped away from the big fairs for another day to check out some of the peripheral Miami Art Week fairs featuring familiar work from emerging and established artists, as well as some more DIY-oriented, artist-run spaces. 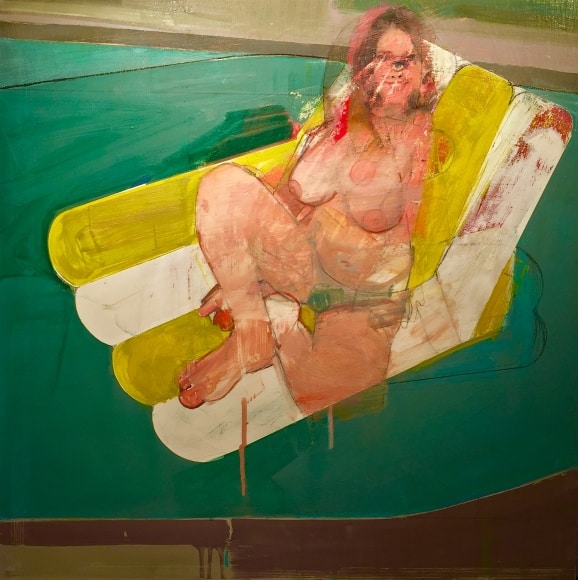 Aqua Art Miami is a smaller fair relative to its sibling fairs in downtown (Art Miami and Context). “It’s what I like to call a middle-class fair, not like Art Basel. Much more accessible,” says Kevin Havelton, art dealer and director of Aureus Contemporary in Providence Rhode Island. Havelton is a seasoned Miami Art Week presenter with  “a true passion for the work.” Unlike some art dealers, Havelton personally collects the work of all the artists he represents, and it shows when carefully he describes an artist’s work to interested buyers and folks who frequent just for fun. Havelton presented works by Carina Schott and Karim Hamid, both Rhode Island residents, and Eben Haines who lives and makes work in Boston.

Though Aqua is a beautiful fair staged in a posh, sun-soaked hotel in Miami Beach, for dealers like Havelton, it’s no afternoon jaunt. “This is a big week in the art world, a lot of people come pouring in. I refer to it as the Olympics of the contemporary art world,” says Havelton. “You have to work real fucking hard for your money.”

Next on our list was Miami Beach’s most rogue show (#NOTBASEL), all the way up North Beach past SCOPE. It’s called Satellite and seeks to “offer patrons and collectors a unique experience where art is at the forefront of creative expression, activism, and curiosity.” The charmingly dilapidated Ocean Terrace Motel housed dozens of spaces curated by gallery owners and artists. Some of the booths showed work all the way into the bathrooms of the converted hotel suites, which were usually painted or even incorporated into the works featured there.

At Satellite, we sought out Macrina Newhouse, director at Mary Sky, a gallery and rural individualized residency program in Hancock, Vermont, where, according to the artist, she “brings artists out of the city to have a rural experience and support them by giving them time to be quiet, be in nature and really engage with their work in a meaningful way.” Newhouse also has a space for Mary Sky at Spectrum Miami, but chose to bring the largest works she displayed by Andrew Fenlon, to Satellite. “I think this work is playing really well in Miami. It’s bright, colorful and poppy. People have been really receptive.”

Check in tomorrow for our final daily dispatch covering all the New England happenings at Art Miami and NADA.