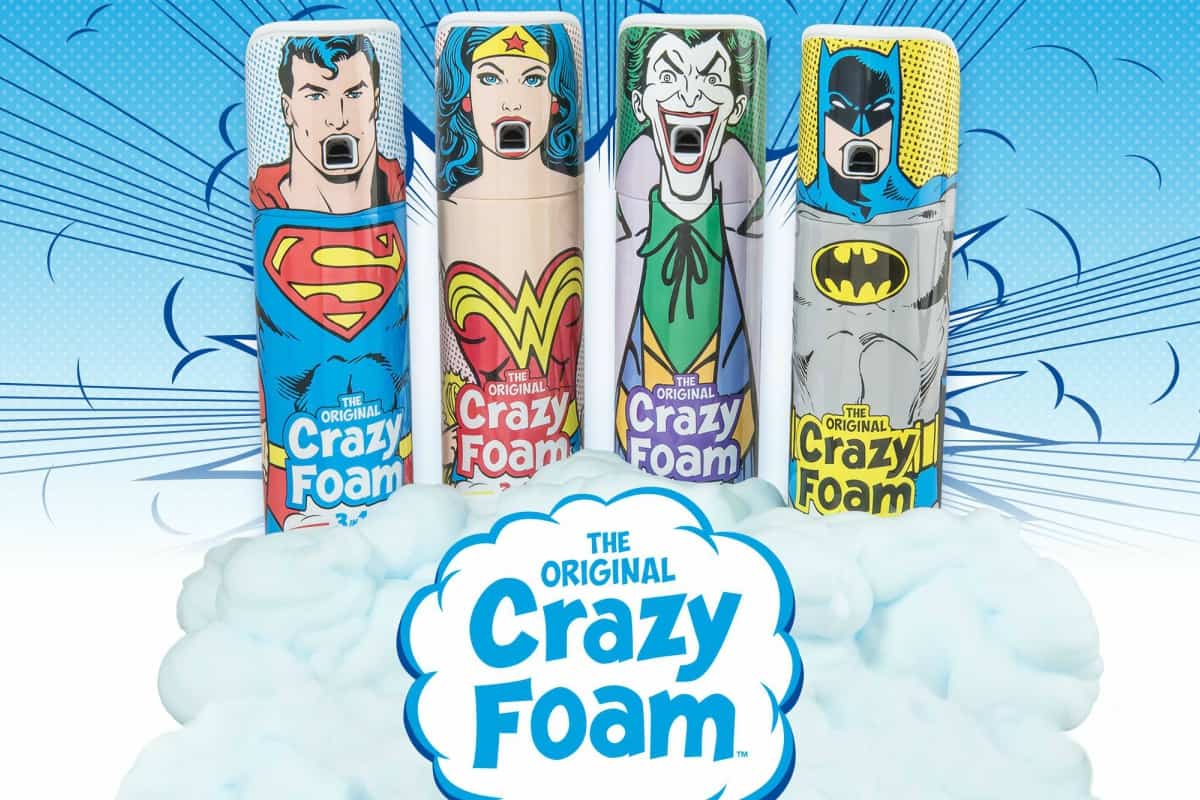 Once as lost to the past as lawn darts, the bizarre bathtime product Crazy Foam lives again thanks to a Boston entrepreneur.

Crazy Foam is likely something you either remember fondly or have never heard of. For the unitiated, it sprays out of an aerosol can as a soft, thick, moldable foam good for scrubbing and bathtime crafting. Insta-beard, anyone? Originally made by the American Aerosol Company in 1965, the “fun foam soap” delighted kids with pop culture character designs on its cans and potentially concerned parents with its isobutane and propane propellants. Don’t even think of asking school cafeteria ladies their thoughts.

Crazy Foam had its heyday from the late 1960s through the 80s, but disappeared from store shelves in the 1990s. While at least some parents and teachers might have secretly clapped (see insta-beard reference), Boston-based entrepreneur Joshua Fink decided to acquire the brand after his daughter was born in 2013. By 2015, he had returned the product to retail shelves. Now a three-in-one body wash, shampoo, and conditioner, the reformulated Crazy Foam can be found around the country for $5.99 per can.

“I decided to bring Crazy Foam back to shelves so that a whole new generation of kids could have the same sense of fun and wonder that I experienced growing up,” Fink told NewsOk, also noting that the new Crazy Foam is dermatologist-tested, hypoallergenic, and non-toxic. Propellants for the shaving cream-esque stuff remain the same. 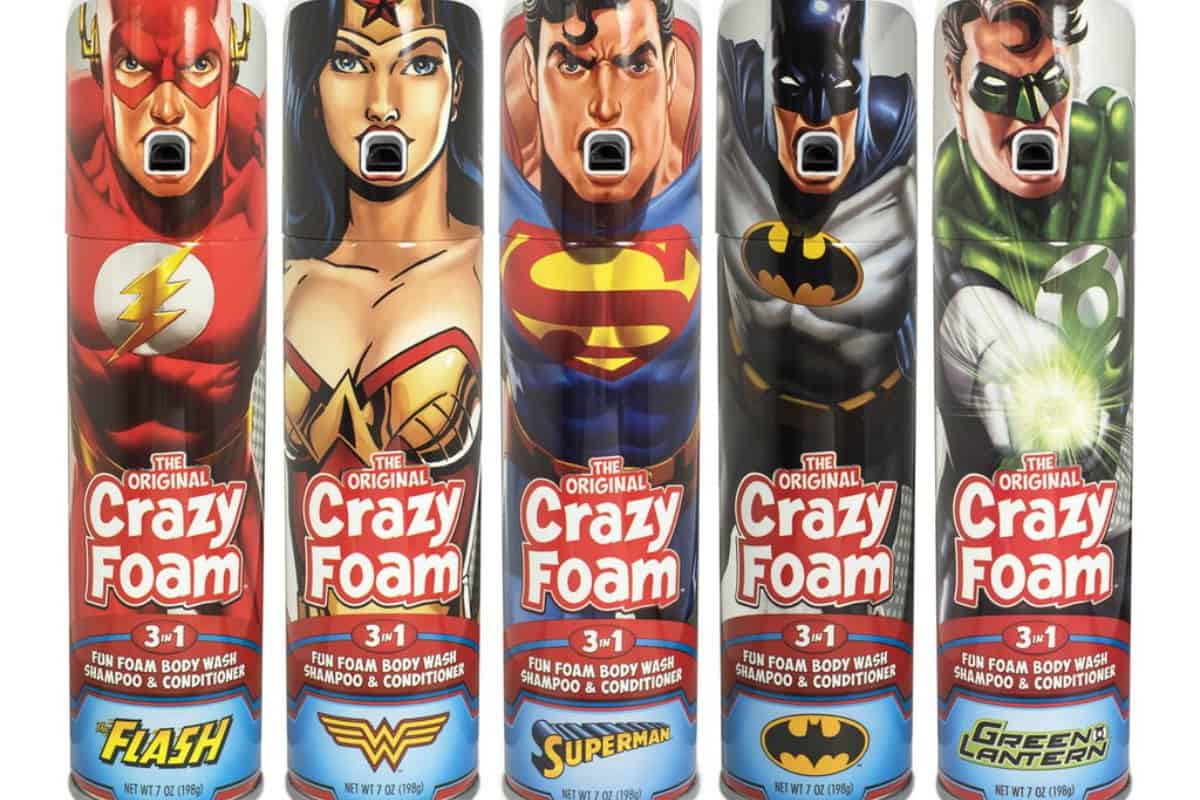 Since its inception, Crazy Foam has boasted an admirable lineup of collectible caps. The older canisters featured characters such as Popeye and Spider-Man as well as more nondescript animals, clowns, and monsters. New Crazy Foam characters include the Justice League, Transformers, Looney Tunes, and My Little Pony. All but the My Little Pony canisters consistently place the foam dispenser over a character’s mouth, allowing Wonder Woman, Batman, Optimus Prime, and Daffy Duck to spew the same white scented goo as if infected with rabies or an overabundance of Pabst Blue Ribbon. 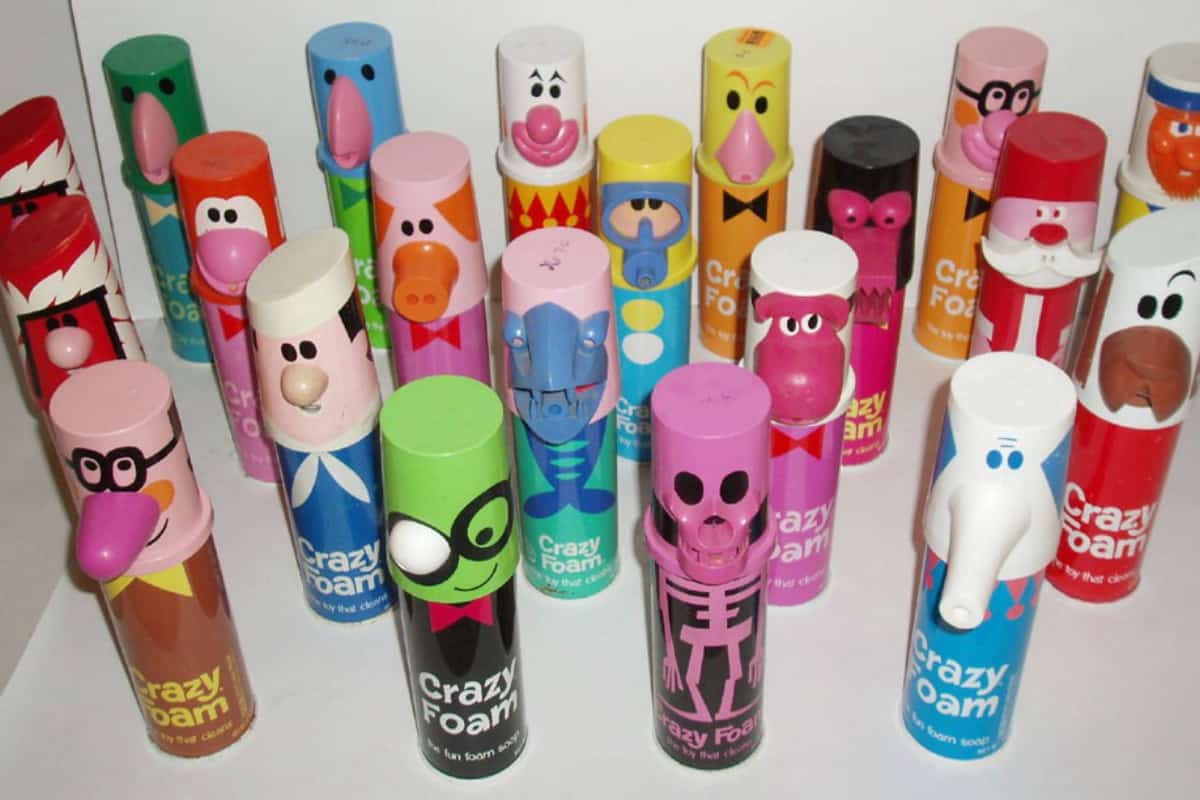 As it’s intended to be a mild cleaning product, Crazy Foam isn’t particularly durable (if it were it might be more troubling), but investigating “crazy foam” yields some particularly attention grabbing projects. A perennial favorite seems to be an overflowing experiment with hydrogen peroxide courtesy of Science Bob. A Lithuanian man used a decidedly non-bathtub friendly expanding foam to turn a scrap car into a sports car. And the Daily Mail reported a mystery woman who mistook expanding polyurethane foam for mousse back in 2015, right around the time Crazy Foam reappeared in stores.

Seems best to get your combination hair and body wash straight from the horse’s mouth—or better yet, from Superman’s.