In order to understand Amanda Hawkins, you need to know that she grew up next to a salt marsh in Newburyport, Massachusetts. As a child, she spent hours exploring the marsh’s channels and paths, until she knew it as well as the seabirds that nested there. Hawkins is connected to the marsh on a level that transcends easy understanding — it is both a favorite place and an emotional touchstone. The land itself contains layers of meanings and memories, a deeply personal sense of place that she attempts to evoke in her abstracted landscapes.

“I have to paint places that I have an emotional connection to,” Hawkins says. When she begins a painting, however, that relationship between emotion and landscape isn’t always logical or immediately apparent. “They’re kind of like puzzles for me,” she says. “A lot of times when I’m painting, it takes me a while to find the landscape, but then I’ll recognize the colors.”

Labeling her paintings as landscapes, Hawkins says, allows viewers to immediately orient themselves in the work. “It gives people a jumping-off point,” she says. “Every person in the world can relate to a landscape.” That familiarity allows viewers to engage more deeply with the abstract elements of the piece — the emotional content layered over the landscape. This tension between the literal and the abstract helps elevate her paintings beyond the typical limits of the genre. “I always want to make the argument that landscapes can be contemporary,” Hawkins says. 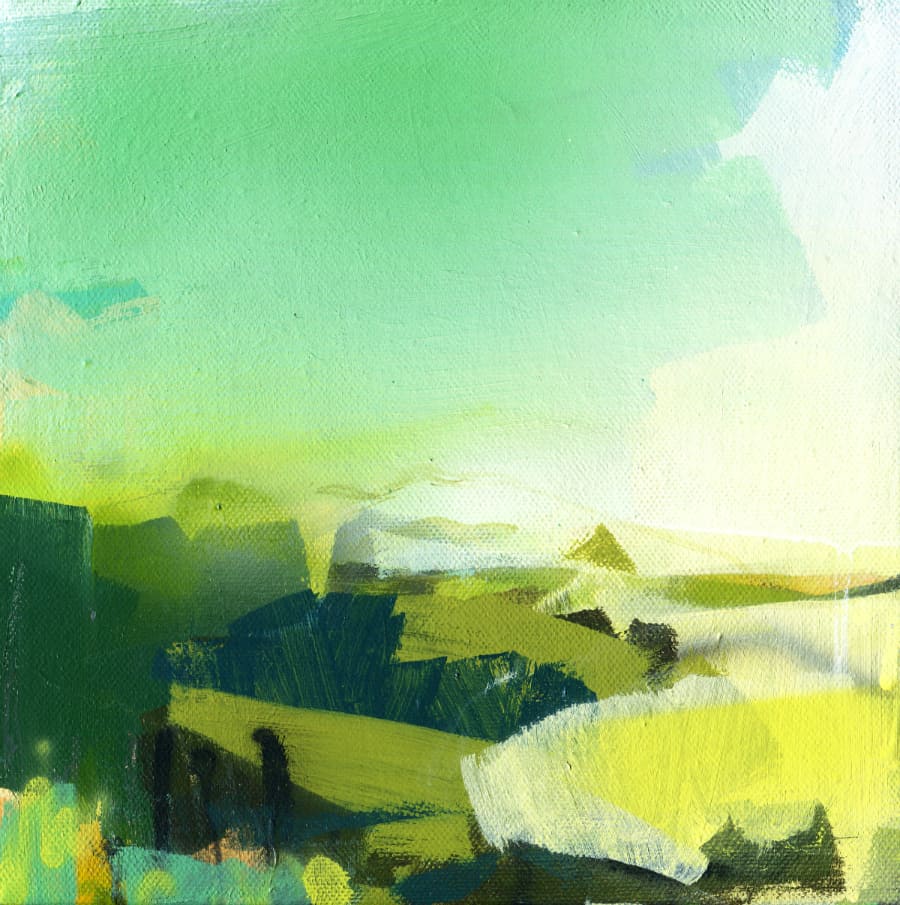 Her creative process, then, requires a strong relationship to her environment, and Hawkins continues to draw energy from the New England coast. She is currently based in Portland, Maine, which she values for the city’s close proximity to nature as well as for the diverse color palette found in Portland’s working waterfront. “That’s driven a lot of my aesthetic, actually,” she says, “that contrast between neon buoys and gray fog. It’s beautiful yet still kind of grimy.”

She also values Portland for its vibrant artistic community. Having a nucleus of other artists in the area provides her with both a sounding board and a source of inspiration. “I find it really inspiring to see how other artists set up their studios,” she says. “Seeing their process in person allows me to bring something new back to my own practice.” 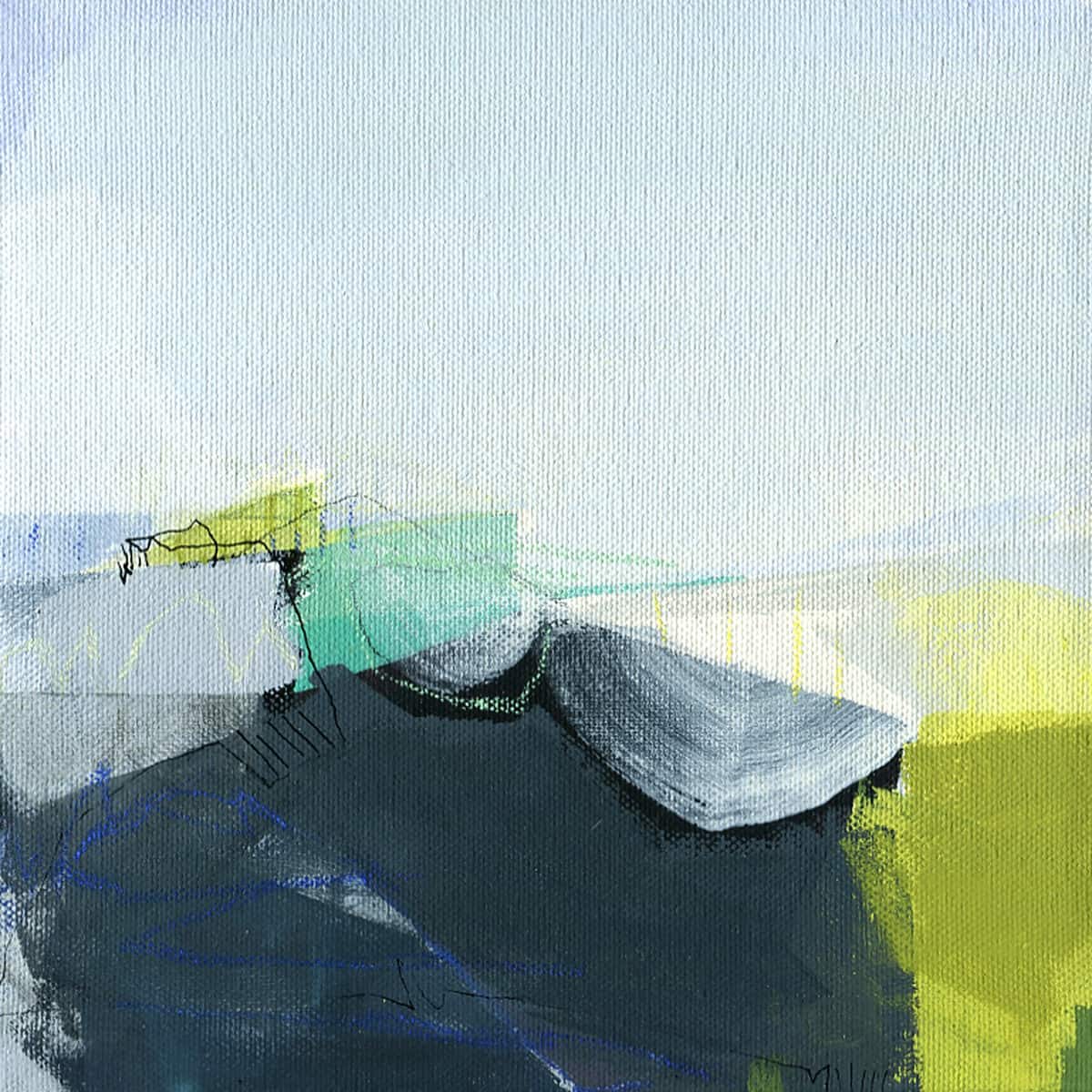 But Hawkins has also increasingly become a part of the art community outside of Portland. Over the past year, she has worked hard at building her social media presence, which has sparked connections with artists and fans across the globe. “I see social media as a place to be honest and incredibly genuine with my audience,” she says.

This approach has not only yielded another group of artists for Hawkins to interact with, but has also provided new markets for her finished pieces. To date, she’s sold paintings to buyers in California, France, the United Kingdom, New Zealand, and Australia. Social media — particularly Instagram — has allowed her to amplify her reach more quickly and effectively than other, more traditional routes. “Trying to advance my career through the gallery scene was good,” she says, “but there are a lot of people outside of Boston who want to see the work too.” Hawkins’ direct-to-consumer model also makes her art more affordable. It’s a side effect she is happy to encourage. “They say that artists live on the doorstep of the rich, and I’m trying to change that,” she says.

At the same time, though, Hawkins is clear about her priorities. “It’s really important for me to keep putting the art first,” she says. “No matter if I’m shipping a piece of art to Boston or to Australia, I’ve got to make sure it’s the best possible work I can do. It’s a part of me on the wall.” 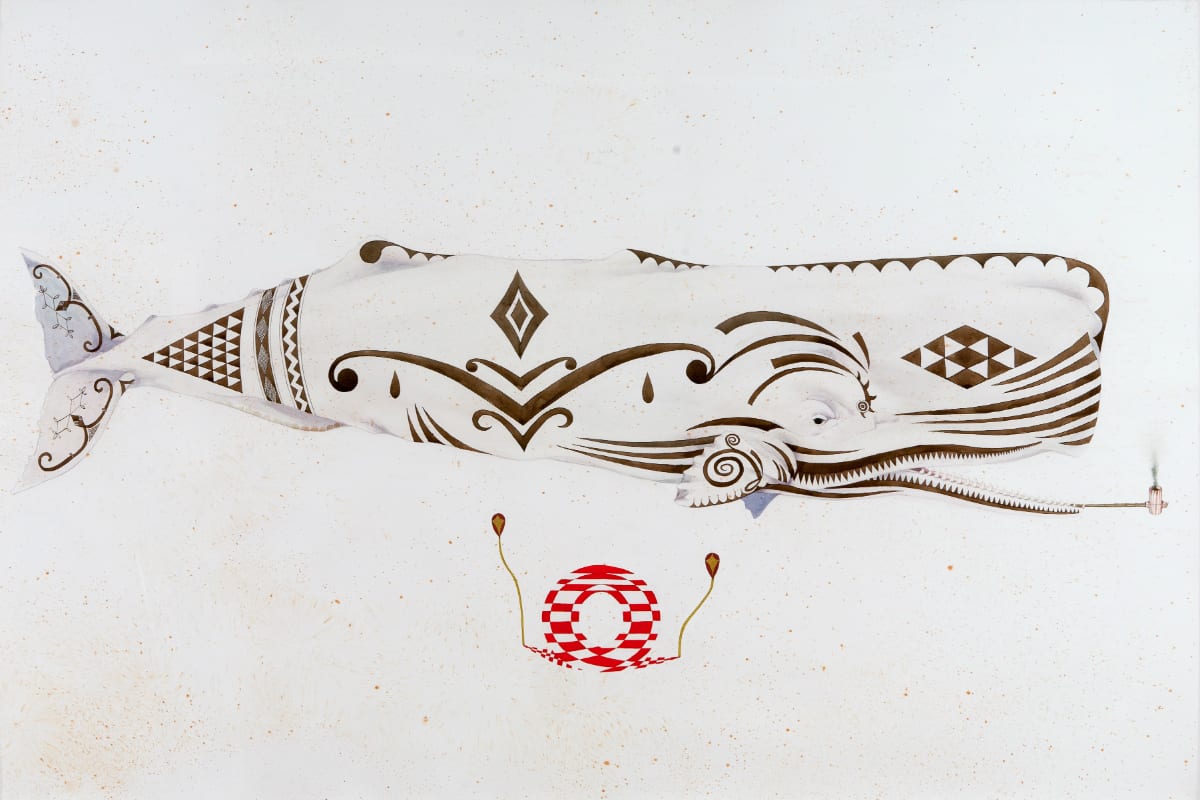 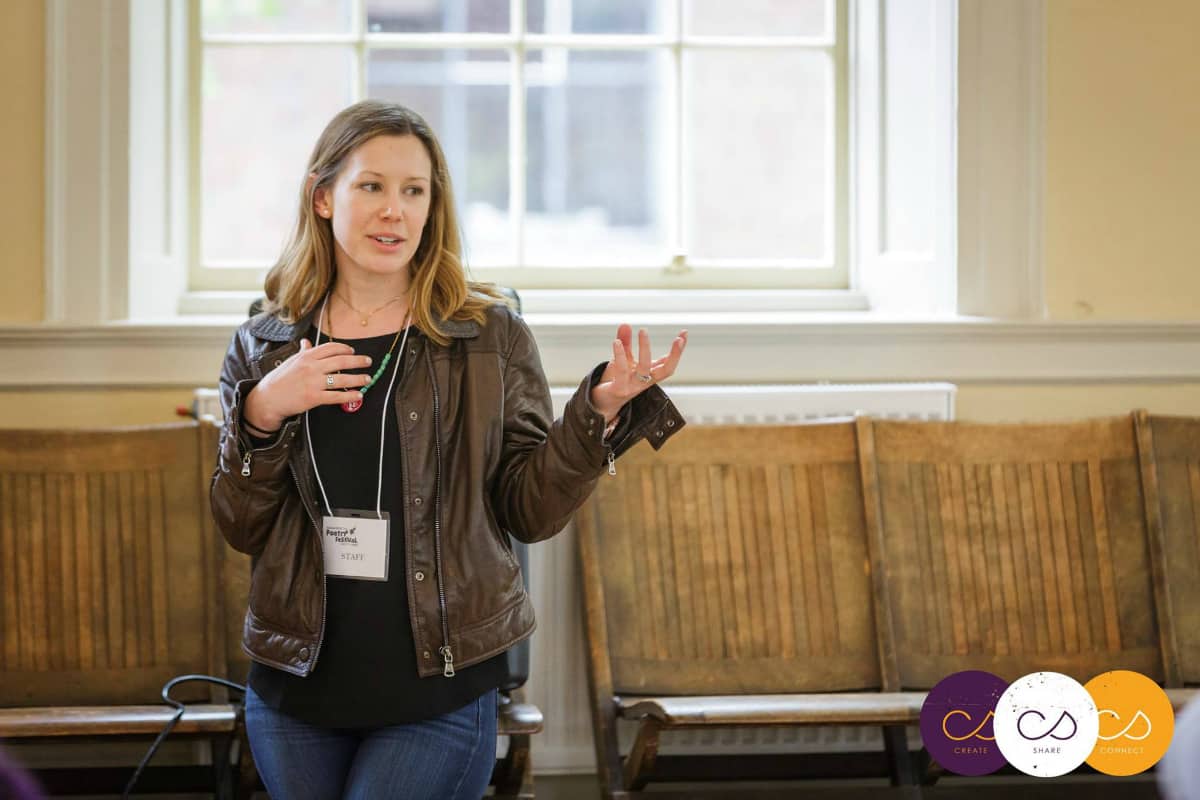