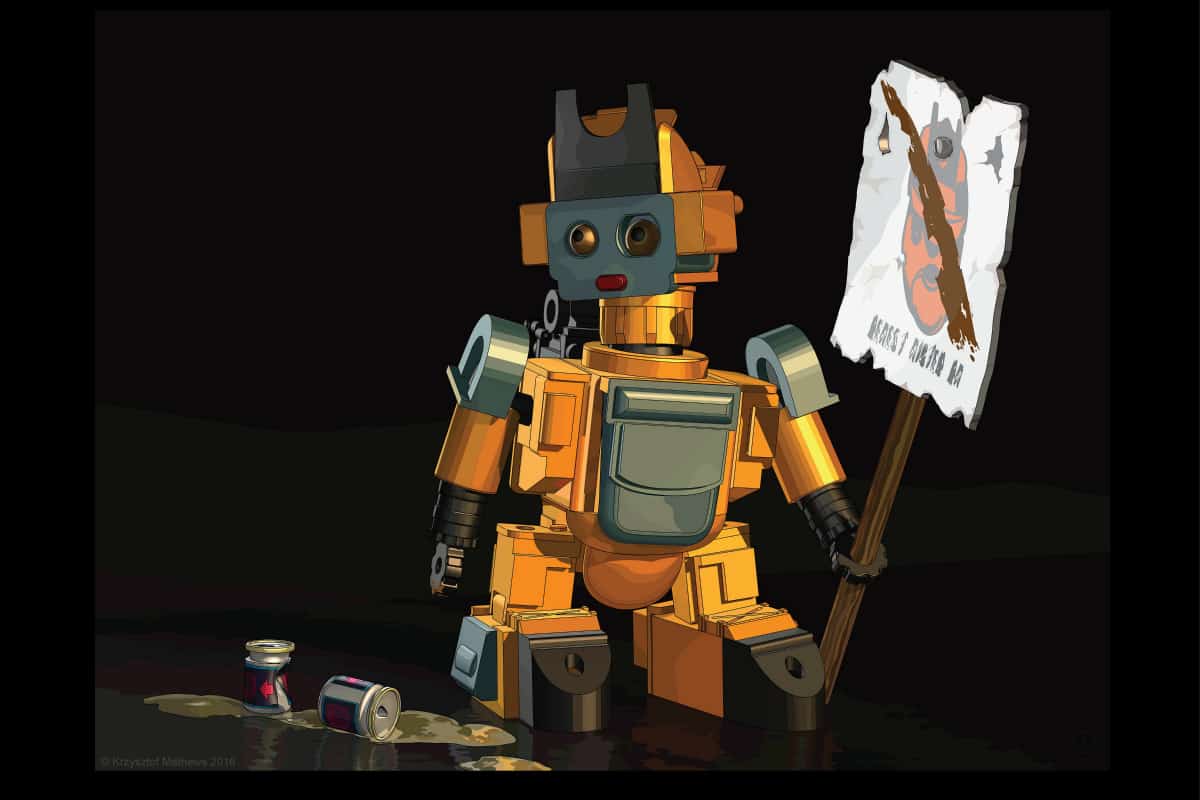 Rhode Island sculptor Krzysztof Mathews switches between the physical and digital realms with his race of cybernetic characters.

Some artists work in front of a computer screen all day. Others prefer the more tactile setting of a wood shop or a painting studio. Rhode Island sculptor Krzysztof Mathews likes it all. The result is two very different bodies of work that merge sculpture with virtual environments through hundreds of mechanical figures. 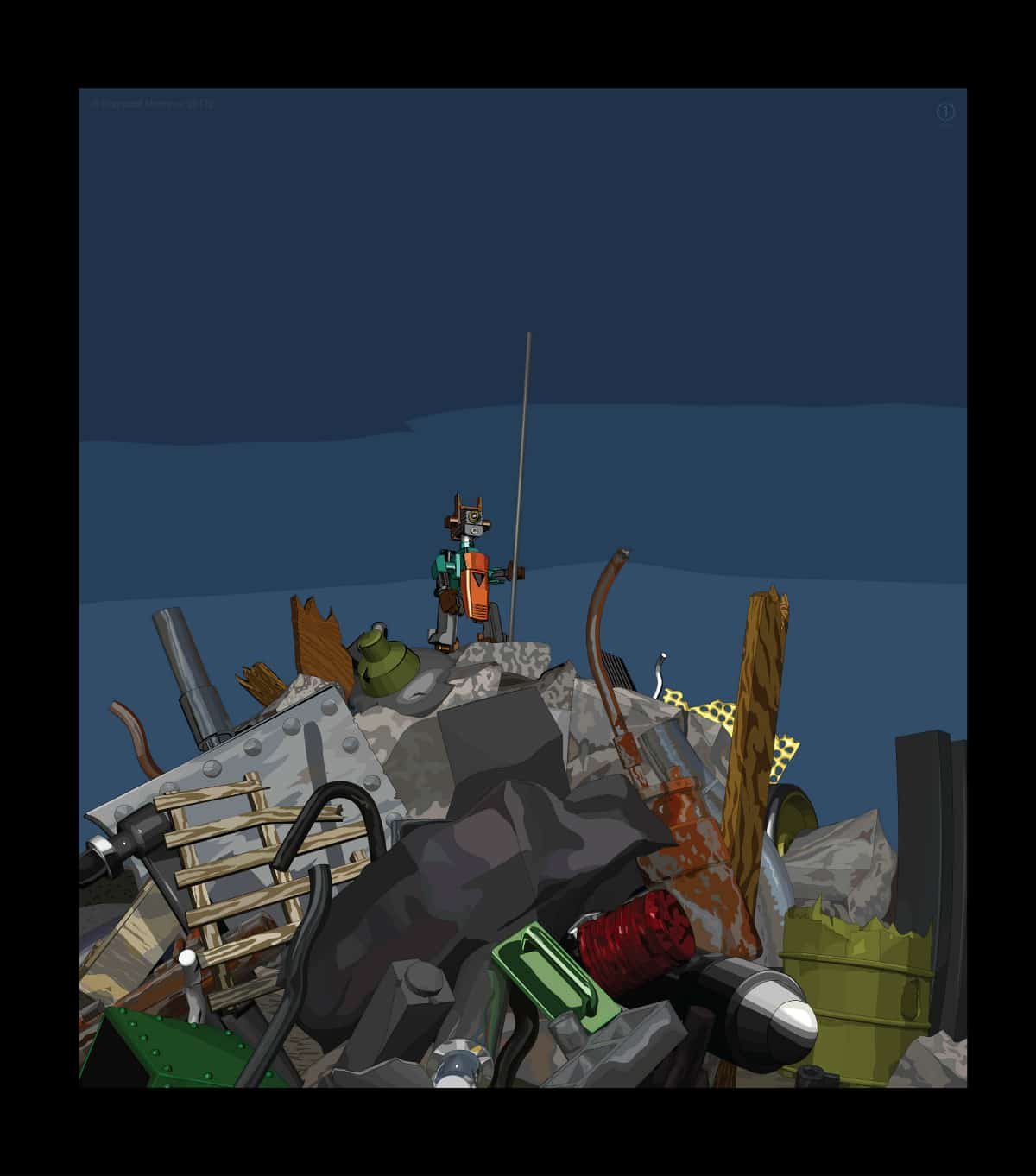 First the backstory: the figures are a race of cybernetic beings called Endomeq. These competing tribes and communities spar and fight over scarce resources in a world that Mathews conceived himself. His process begins with sculptural figures, assemblages of harvested plastic that he turns into robotic-looking creatures. He works on several at once, waiting until he finds just the right component to finish a figure.

“I let the pieces tell me what they want to be,” Mathews says, noting that he doesn’t have a specific vision for any figure. He tinkers with discarded electronics and electrical items—a vacuum, a hair dryer, an inkjet printer—distilling each machine until it’s an unrecognizable pile of little plastic pieces spread out over Mathews’ basement work station.

“They very much hearken back to my childhood,” Mathew says of the Endomeq. A Rhode Island native who got his MFA at the University of Wisconsin before moving back to New England, he played with lots of Legos and erector sets, as well as the 1980s Capsela robotics kits, as a child. 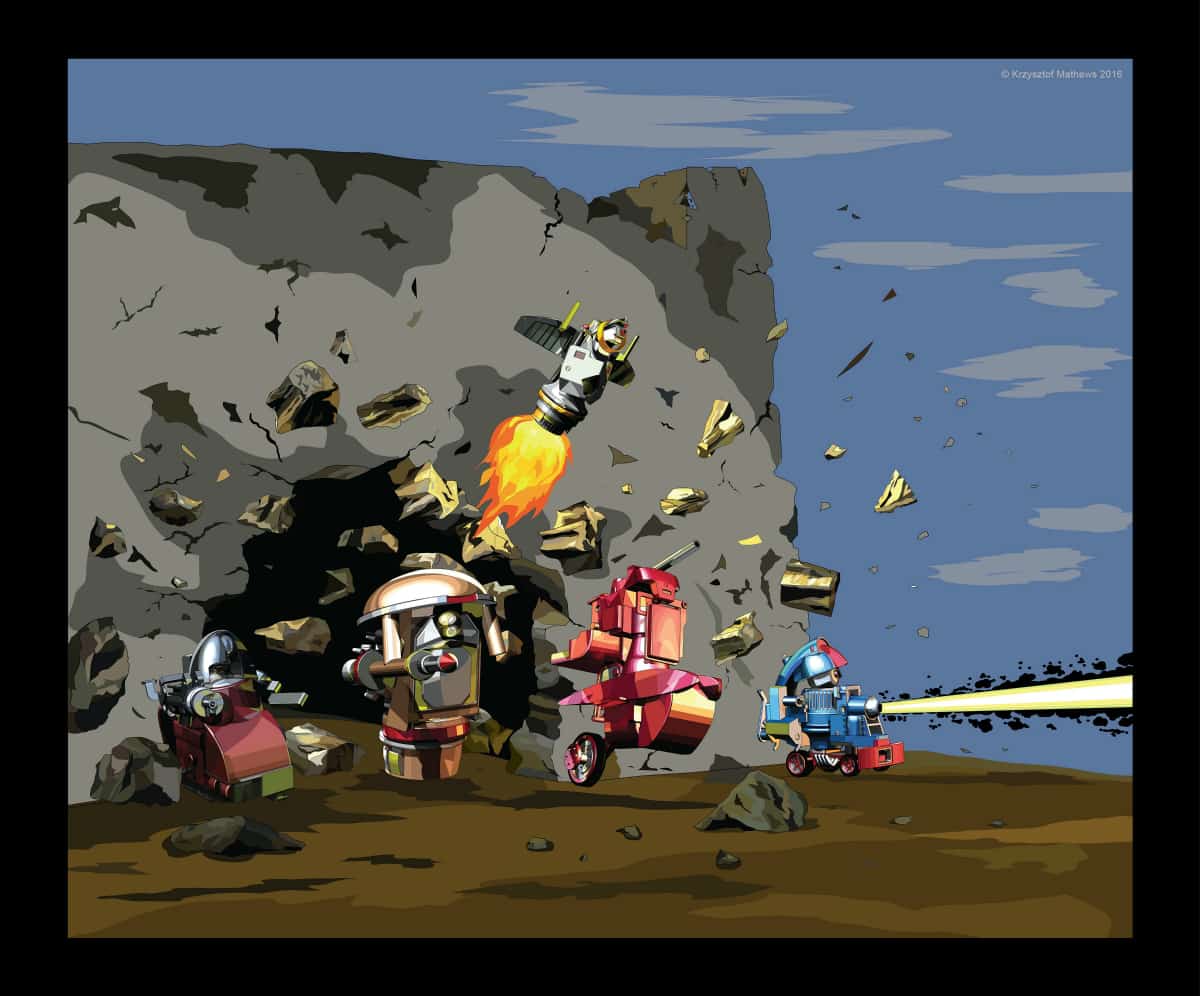 After he finishes the sculptures, Mathews leaps into the digital realm. He measures each sculptural piece and then rebuilds it from scratch using a 3D graphics program called Rhinoceros. Then he paints the sculptures, first with an epoxy resin followed by a layer of primer to smooth them out. Once the real objects are painted, he recreates the colors in the graphics program.

Mathews constructs environments for the figures, determines lighting configurations that best show off the Endomeq parts, and then pulls them into Adobe Illustrator, where he makes the pieces as large (or as small) as he wants. He then exhibits the printed pieces.

The multi-faceted practice has a distinct advantage. “If something isn’t working, I change gears,” Mathews says. If the computer acts up, he retreats to the basement. If the weather is nice, he’ll head outside with cans of spray paint. “I’d rather not force the issue.”

When asked whether he regards either the sculptures or the prints as “final,” Mathews is happy to leave that up to the viewer. “People tend to respond more to one or the other. There aren’t too many people who like them both.”

Mathews currently has two prints in the Art League of Rhode Island members exhibit at the Vets Gallery, which is up through April 1. 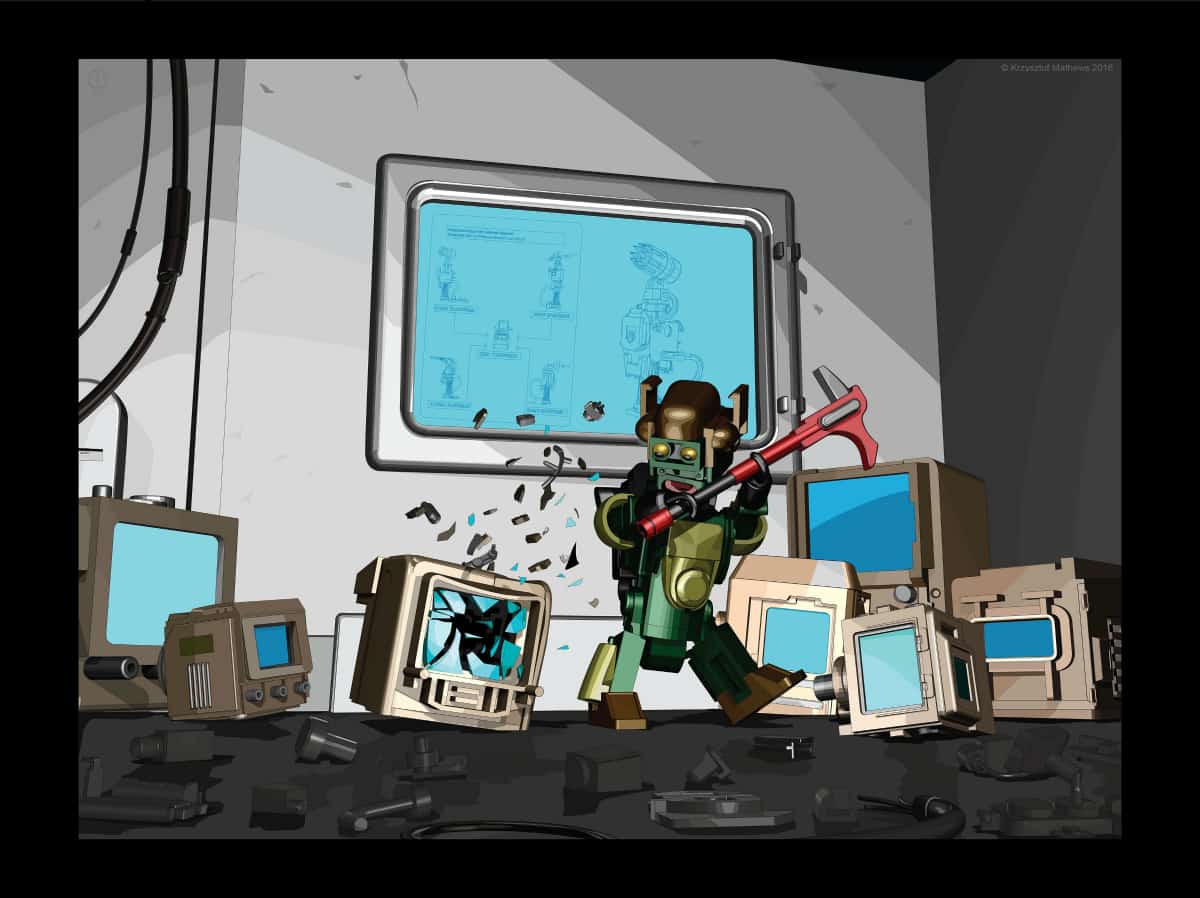