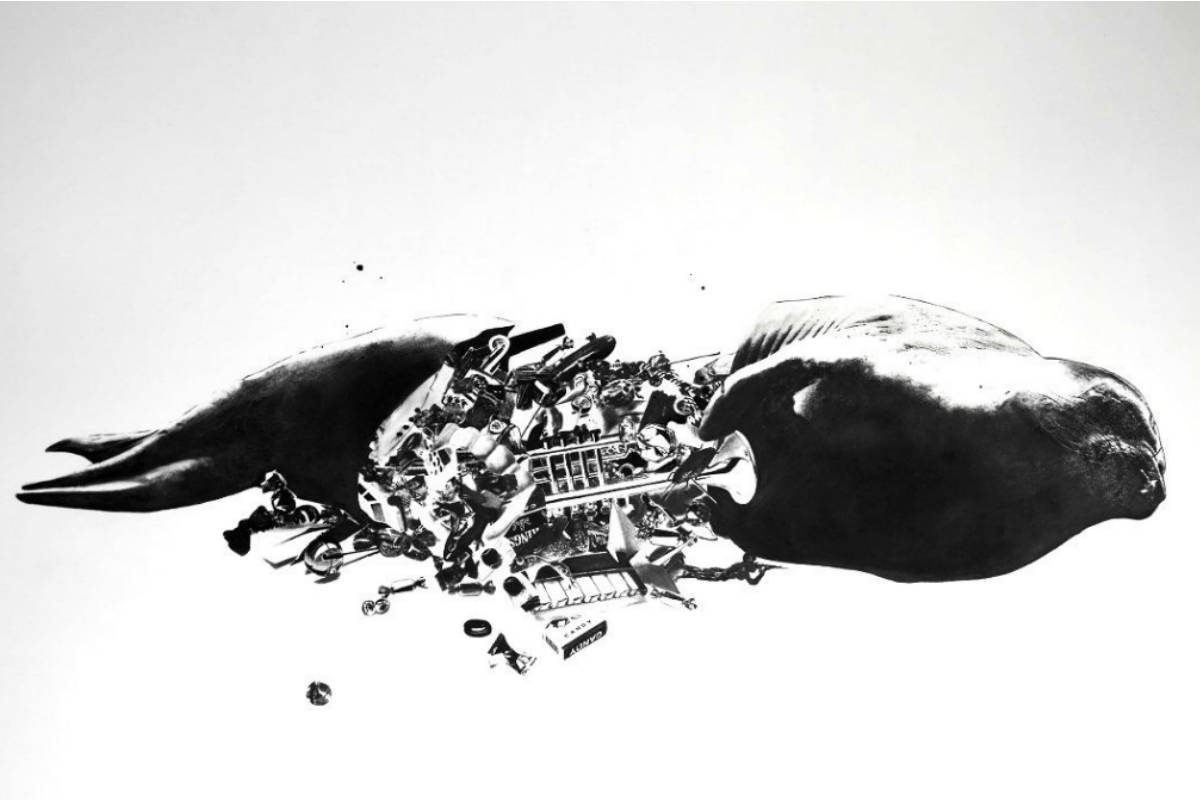 Maine artist Stacy Howe is an artistic alchemist. Her drawings meld Surrealistic and Victorian themes, from dreams and dark humor to elements from the natural world and other seemingly random ideas. She calls her largely black and white works “sanguinary assemblages on paper.” No matter how they’re described, they’re compelling and, perhaps, a little menacing.

“I’m inspired by many things,” Howe says. “I’m very interested in nature, our fear of nature, as well as Victorian material culture. I love the Gothic tropes, moody atmosphere and psychology of the era.”

Howe builds three-dimensional models constructed of paper and objects she wants to draw. She then cuts and layers the images to create a finished piece. Her works can combine pencil, charcoal, pen and ink as well as acrylic, iodine, and even blood. “I draw very non-traditionally,” she says. “I’m more like a draftsman. I’m very organized, I make cut-outs and rearrange them. They reflect my own personal lexicon.”

Howe’s lexicon is diverse; history and New England’s natural world figure prominently in her work. Raised in Northborough, Massachusetts, Howe once explored local woods and apple orchards as a child; she now prefers living on the coast, in Portland, Maine. “The ocean is so much part of life here,” she says. “I could never be landlocked.” She studied history before receiving a bachelor’s degree in studio art from University of Massachusetts, Boston (and later a master’s degree in studio art from Maine College of Art). Historic research—eclectic subjects range from London’s Great Smog in 1952 to Boston’s Great Molasses Flood of 1919—is an important part of her process; she’s especially fascinated with Surrealistic themes like death, horror, and the occult. “I have many similarities with them in my subject and practice,” she says. 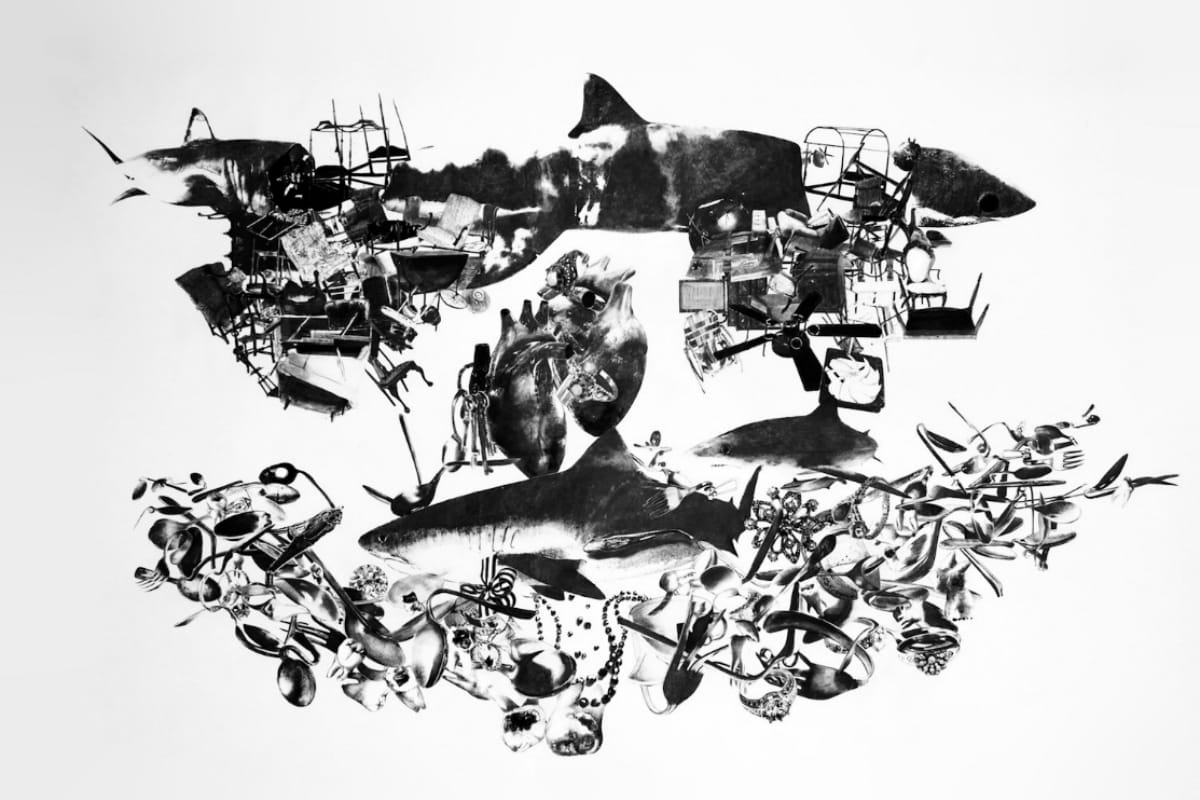 A fan of Law and Order reruns, Howe employs the same clinically detached observation of death and horror in her work as a television cop. Her fantastical images unexpectedly pair these themes with beautiful or fanciful images like jewels, animals or flowers. “I’ll create a dead body with occult objects arranged around it in a matter-of-fact way,” she says. Her work has evolved according to what she interprets as horror. “I like the idea that horror can be the anticipation of something happening,” she says. “I like creating that bridge for the viewer so they can anticipate and bring their own ideas to what’s happening.”

Howe’s work has been featured in numerous group and individual shows around Maine, including the Portland Museum of Art‘s 2015 Biennal. Her work is included in the ArtPM Challenge exhibition at the Buoy Gallery in Kittery, Maine, through April 30; and in Bared, an exhibition at the Ground Floor Gallery, Nashville, Tennessee, starting in August 2017.