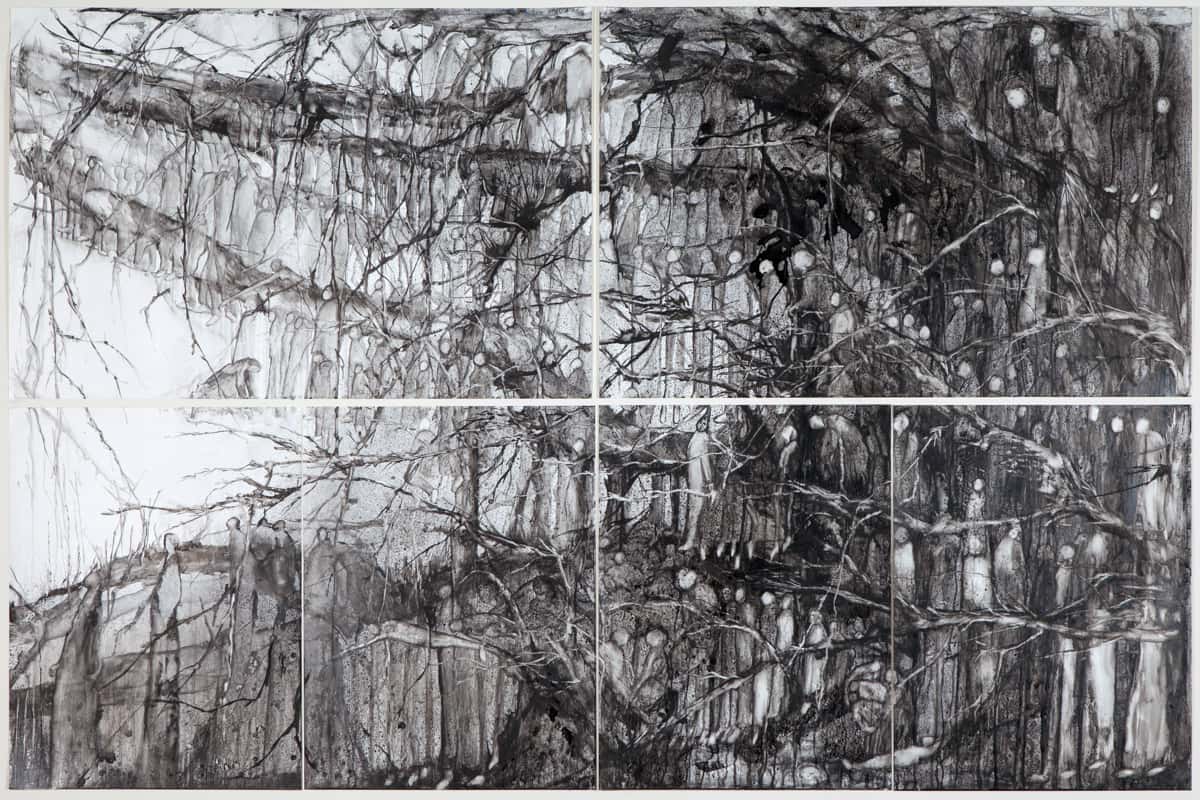 The stairway leading up to Margery Thomas-Mueller’s light-filled studio is lined with sketches: people, animals, plants. Most are by the artist; a few are by her grandchildren. Thomas-Mueller calls them a visual diary. “Until the last few years, I never had the consistency of creating art every day,” she says. “I wanted continuity and that’s how I came up with the idea of doing a sketch a day.”

Continuity is a major theme in Thomas-Mueller’s large, atmospheric landscape paintings. Her work reflects her life experiences: a successful Jewish businesswoman, wife, mother, and grandmother who’s lived in 18 different places. “All of my life is in my drawings,” she says. “I feel the traversing of life.”

Thomas-Mueller grew up on Long Island. As a child, she was fascinated by nature, spending hours lying under, and observing, a pear tree in her family’s yard (she later created a series of pear paintings). “Landscape always represented who I was as a child and nature has always centered me,” she says. So did art. Her high school art teacher told her father she was a talented artist. “And that was it: my father said ‘Margie will be an artist’,” Thomas-Mueller says. She took art classes at New York City”s prestigious Art Students League, majored in painting at Carnegie Mellon University in Pittsburgh, and later studied painting at the Accademia di Belle Art in Italy.

Thomas-Mueller’s first husband, Nathan, was an architect who introduced her to interior design, the occupation she would pursue professionally for 40 years. She built a successful career in residential and commercial interior design, eventually launching Margery Thomas and Associates in New York City and raising three daughters. She didn’t have time to paint regularly. Then, in the late 2000s, she met and married Bob Mueller, a former Bank of New York executive. In 2012, she shuttered her design business and the couple moved to New Hampshire’s Lakes Region, where Bob had a home.

It took a while to find her footing—“I went from ringing phones to complete quiet,” Thomas-Mueller says—but she now paints full-time from her studio in a red, barn-style building that houses Bob’s antique boat collection on the first floor. In 2013, the first exhibition of her work appeared at the Works Gallery in Manhattan. She’s subsequently had several solo shows and been accepted into national and international juried shows and sold her work to private clients. 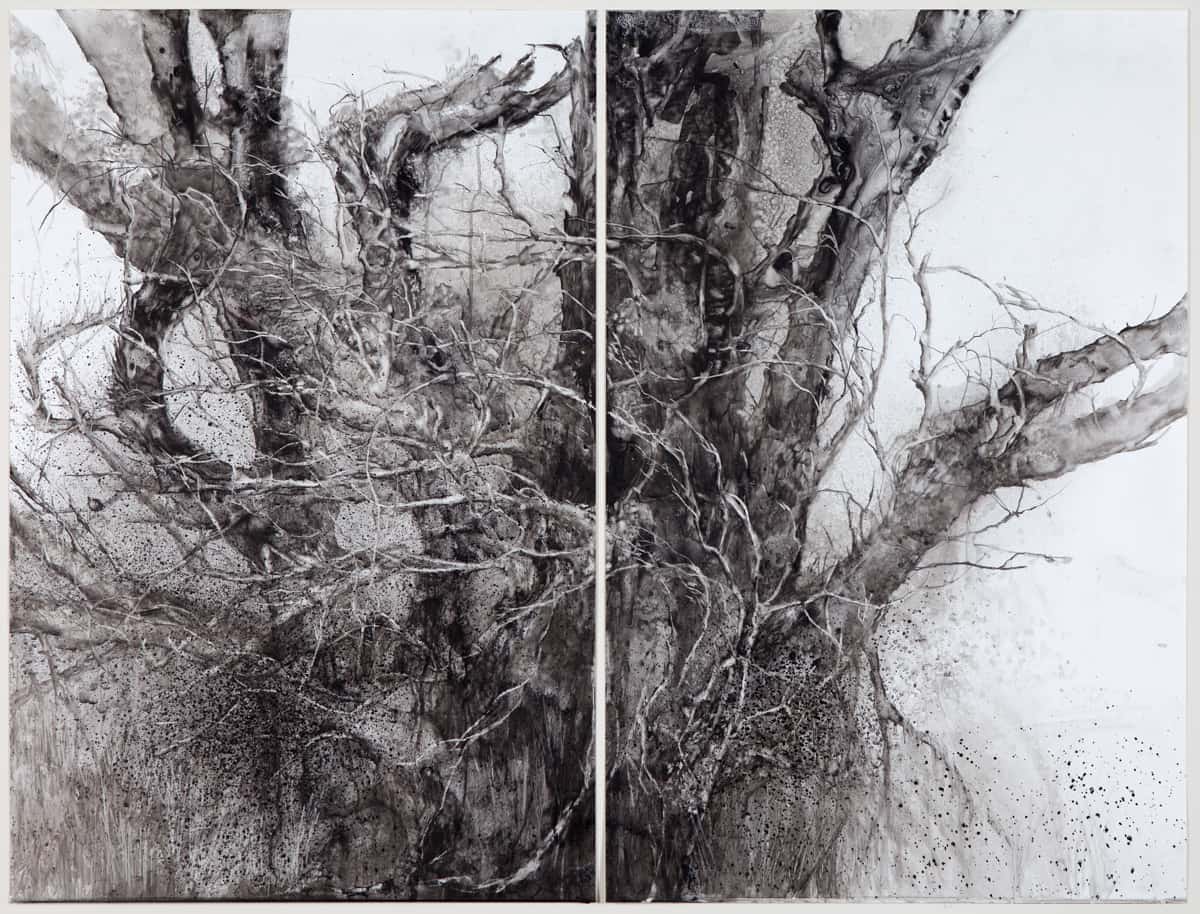 True to her childhood inspiration, Thomas-Mueller creates evocative, abstracted landscapes. She works primarily in India ink and graphite on YUPO, a plastic paper that has no tooth (she uses wax to finish each work). “YUPO has amazing texture and is flexible,” she says. “You can work on it with any medium and wipe it clean. It’s not permanent and, to me, that’s a statement. It’s like our constantly evolving landscape and the lack of permanence in the world today.”

Thomas-Mueller’s paintings are large: many are  50” x 100” and larger. Works in progress hang on her studio wall; she paints standing on a rolling ladder. She recently started adding people to her landscapes, which she’s described as “the thickets we stumble through to find a path.” She’s excited about her work’s future path. “I knew my work would change over the years,” she says. “Part of the excitement is wondering where I’m going. It’s energizing.”

Margery Thomas-Mueller’s art work is on view at the Patricia Ladd Carega Gallery.