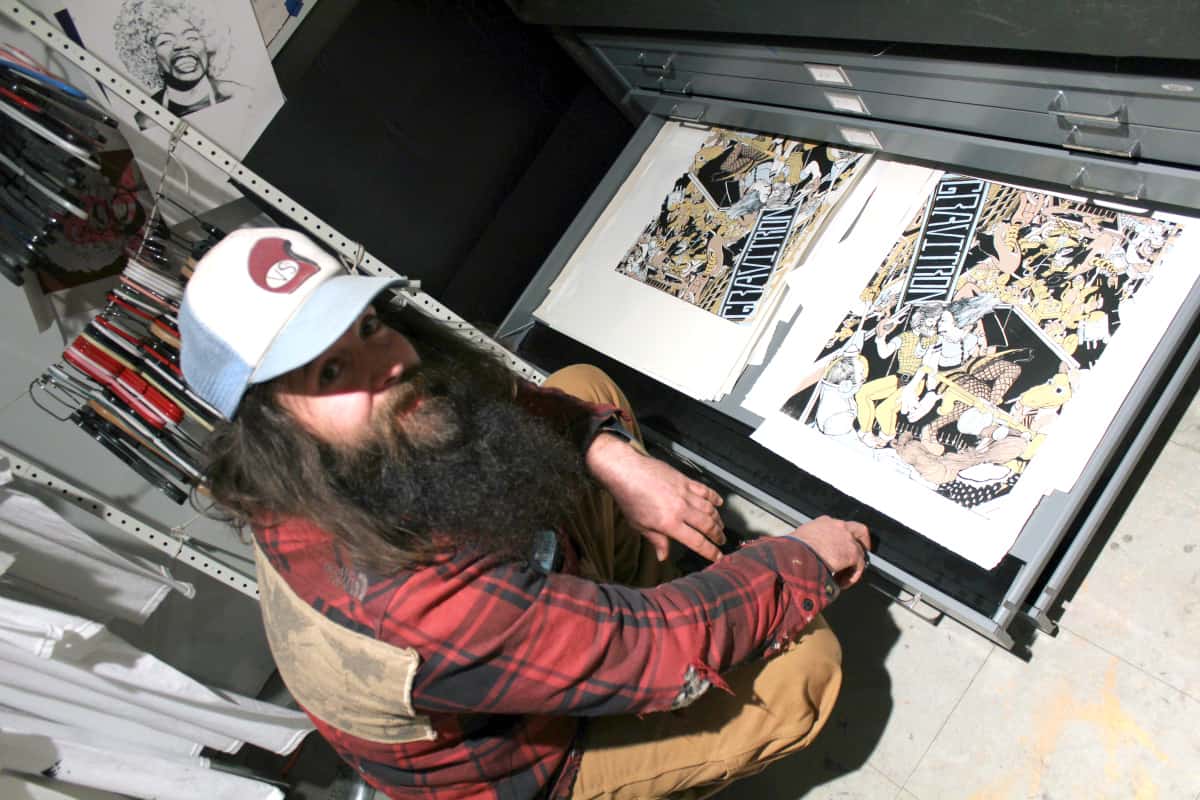 Brattleboro’s funkiest DIY printmaking shop expands on the theory of Do-It-Yourself, and also gives it a soundtrack.

Step into the Brattleboro Printmakers studio and it’ll take a moment for your eyes to focus. There’s racks of screened clothing, tables covered in ephemera, a t-shirt press in the center of the floor, and shelf upon shelf of screens and prints hiding a cavernous exposure unit and photo lab in the far back of the studio. It’s chaotic, but organically chaotic as happens when a print shop is both well used and constantly evolving. Even Brink Gallery initially conceived as a way for the studio to show the work of outside artists, has simply morphed into a dense collection of prints in every stage of production.

At the center of Brattleboro Printmakers stands the heavily bearded James Primrose, owner, co-founder, and director of the studio. Primrose set out to build a print shop unique to the area, and one that also fulfilled his own interest in music. Brattleboro Printmakers is a non-toxic, water-based, membership-driven silkscreen print shop that hosts a twice-monthly music series, making it doubly unique in the region. It’s also a repository of a seemingly endless, shifting set of ideas as to what a print shop can be and how it functions.

“There’s nothing like it anywhere nearby that’s not in a collegiate facility,” Primrose says. “People in Southern Vermont appreciate it because it’s more DIY, and friendly to anyone who wants to play around. Musically, there’s a lack of venues in the area that fit the bill of ‘underground music’ coming through. We also have people traveling from Western Mass to do the art stuff, but mostly we have people coming from all over to see the music.”

A natural showman and organizer, Primrose is also the founder of The Wonky Press, a startup monthly image design contest with the winning entries voted for directly on Primrose’s Facebook page. The Wonky Press winners can have their work printed traditionally on paper in a limited edition, or on t-shirts or hats. Though the competition is an open call, it’s also a potential tool for members to get their art into the public views. “Printmakers’ members are getting to the point where they’re just starting to make large numbers of things,” explains Primrose. “Wonky Press is a way to constantly have a new product that doubles as an advertisement for the artist and shop. The artist takes a commission out of every piece without fronting any money.” 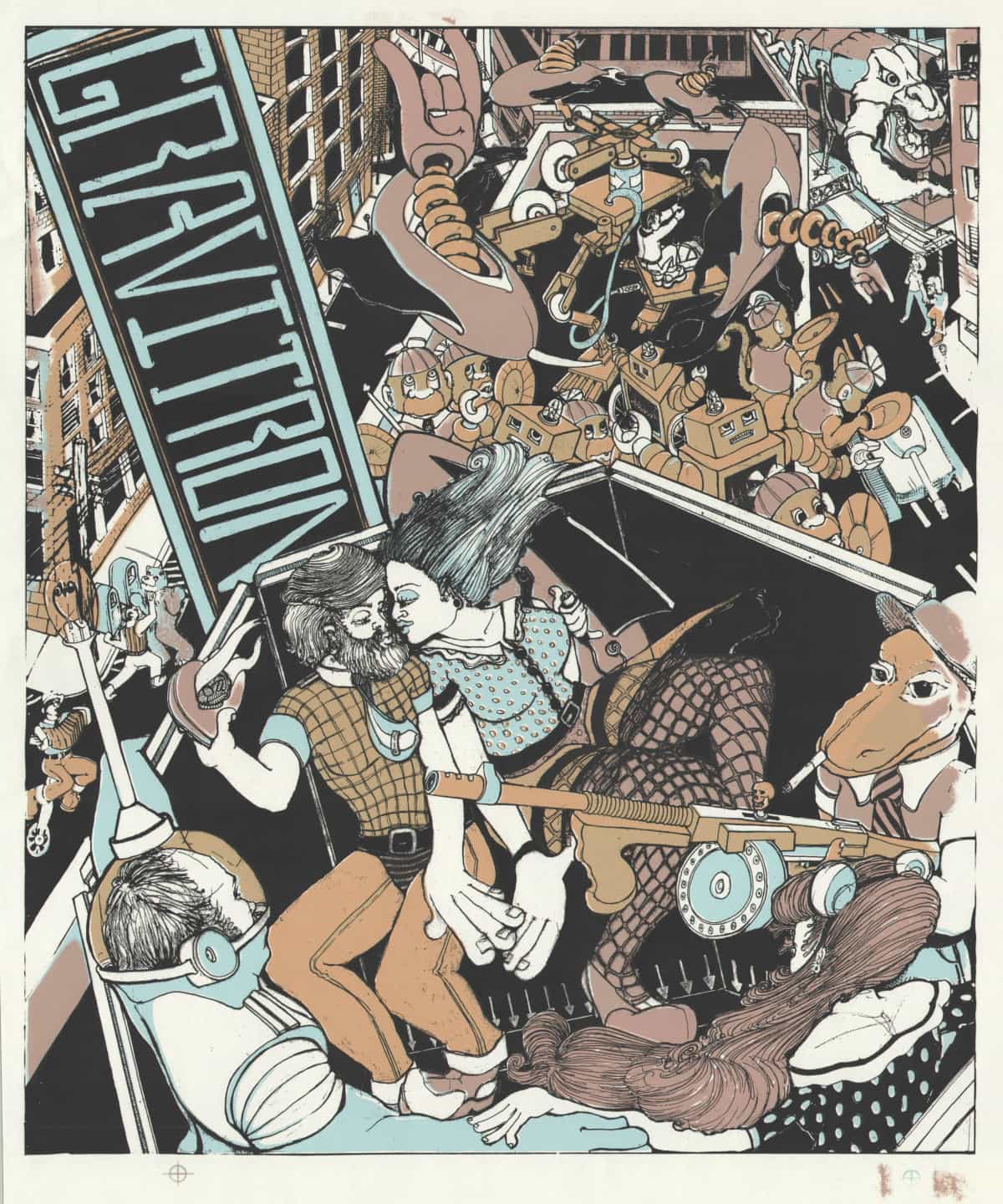 Fully into its third year, the studio is also working to develop its own screen-printed quarterly called A Pile: A Brattleboro Zine, a mixture of text and illustration, as well as expanding the capabilities of what the shop offers new members. Unlike traditional print shops, Brattleboro Printmakers don’t offer classes. “I just teach everything for free,” says Primrose. “When you join the studio, your first 3-4 sessions are on the house, everything is accessible. I’ve never had regular business hours; I’ve always been at the whim of other people’s schedules. It’s not always easy, but we’re still here and that’s something.”