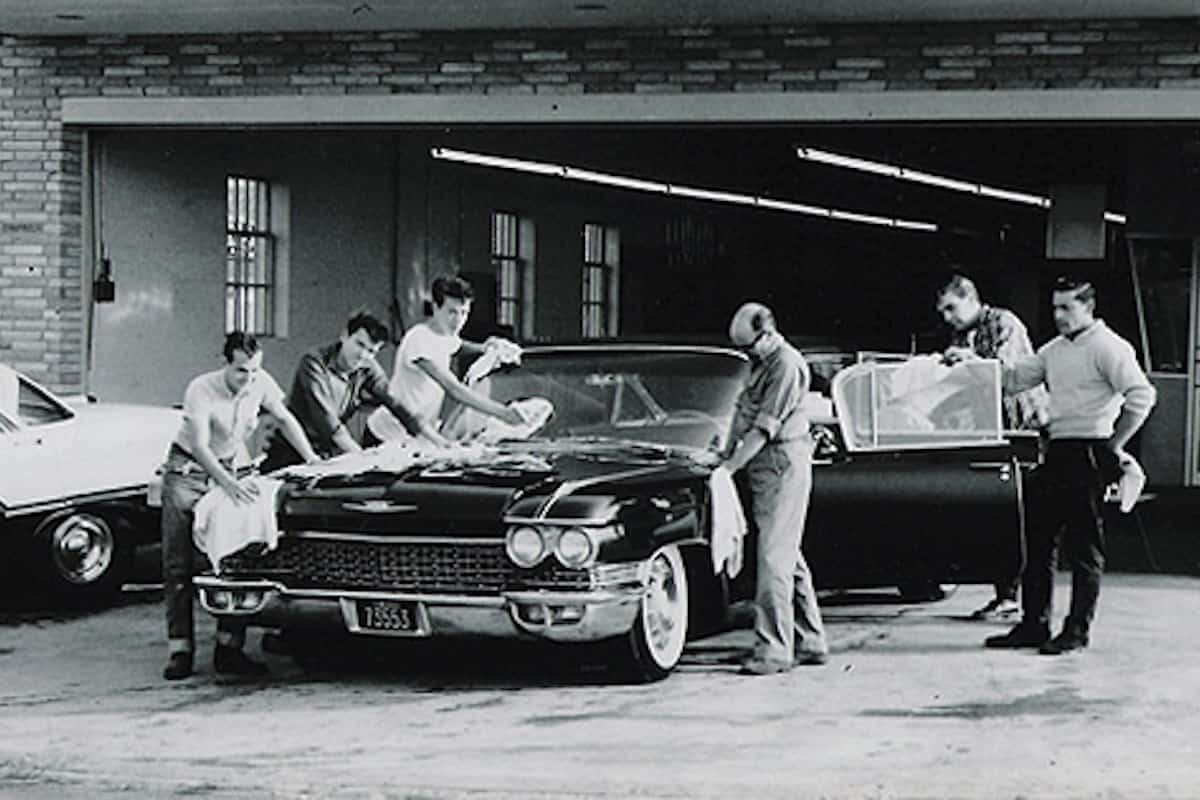 Jill McDonough is a poet and winner of three Pushcart prizes. “Car Wash” is part of her forthcoming book, Reaper.

Josey and I get girled a lot. People like us, want to be

our friends. They say Hi, girls or What’ll it be,

straight couple kids. But don’t worry about it. It’s fine.

forever. No one reads poems except for me and you.

The Drinking Fountain’s by the car wash, for after

the thud and squeak of cozy suds, jolt of correlator,

as groceries, not up to us anymore. The car wash

of fresh blue sudsy rags, taken over, into the private half

light, a tunnel of suds. So there is kissing, sudden happiness,

I knew I’d love the lingo, knew there was more than undercarriage,

or Linda or Nancy when we walk in to the dim din, Brian Williams

on one tv, Law and Order SVU on the other. Josey gets a G&T

and a Black Pearls scratch ticket, or Cash Blast, spondees

that make me laugh. I get the beach of a five-count Bacardi

on ice with Coke, lime wedge in an eight ounce glass. A white guy

rolls her eyes. The guy says I’m not saying she looks like a man,

and I shrug But she does. Or, more than grown-man Michael, right?

We all talk Michael’s noses, Jackson Five to death, determine

when Josey’s nose comes in. Gina tells us come back

for everybody after three. If I have one more I’ll cry, so in love

with the car wash, bar, with Josey, Boston, you. We go to the Drive-Thru

Car Wash whenever there’s salt. Because our red Ford Ranger’s

chassis rusted so you could see sunlight shine through. And the guys

at Morrison’s Auto-Rite said, all sad, you girls can’t drive it anymore.

Jill McDonough‘s poetry has been described as “a gift for those of us who think the poet’s profession is to invent a new language for a singular vision.” The winner of three Pushcart prizes and a 2014 Lannan Literary Fellowship, McDonough is the author of Habeas Corpus (Salt, 2008), a collection of sonnets about U.S. public executions; Oh, James! (Seven Kitchens, 2012), poetry inspired by James Bond films; and the autobiographical Where You Live (Salt, 2012). Before becoming a professor of poetry at UMass-Boston, she taught incarcerated college students through Boston University’s Prison Education Program for 13 years. “Car Wash” is part of her forthcoming book, Reaper (Alice James Books).