POW! WOW! Worcester 2017 is in full force this week. Here’s a look at what happened at the Secret Walls smackdown.

Secret Walls was a live art night battle held in a Worcester warehouse on Saturday, August 28th as part of this year’s POW! WOW! Worcester 2017. The event showcased two different teams of eight POW! WOW! artists collaborating on a giant mural without prior sketches. The mural had to be done in under 90 minutes without pencil or prior sketching.

Artist Andrew Kelly organized this year’s Secret Walls. You can see him taking charge of the final voting by measuring the crowd’s noise volume. Kelly was joined by Worcester-based artist Eamon Gillen, seen next to local artist Ferdinand in image 3. Other than murals around the city, Gillen’s work for Pow! Wow! Worcester 2017 is his largest scale to date. During the week he’ll be working on painting the walls of Canterbury Street School.

Mutha Clucka$ teamed local artists Ferdinand and Gillen with outside artists such as Ghostbeard and Scott Walker, seen here at work. Gillen got involved after joining the Pow! Wow! Committee in the fall, and he saw just how important the festival was to the city.

The Grim Reefer, the opposing team, featured Brian Butler who is Miami-based but grew up in Marshfield, Massachusetts. In his mural he referenced Burnside Fountain, a statue of a boy riding a turtle that located in Worcester Commons. It’s a statue easily recognized by locals as “a Worcester misfit mascot.” He will be painting a wall at Worcester Arts Magnet School for the duration of the festival.

Mayor of Worcester Joseph Petty stopped by to give Pow! Wow! Worcester 2017 Ghostbeard the key to the city. The Secret Walls event was just the start of a week of murals, art-making, music and more in Worcester. POW! WOW! Worcester 2017 goes through Sunday, September 3rd. 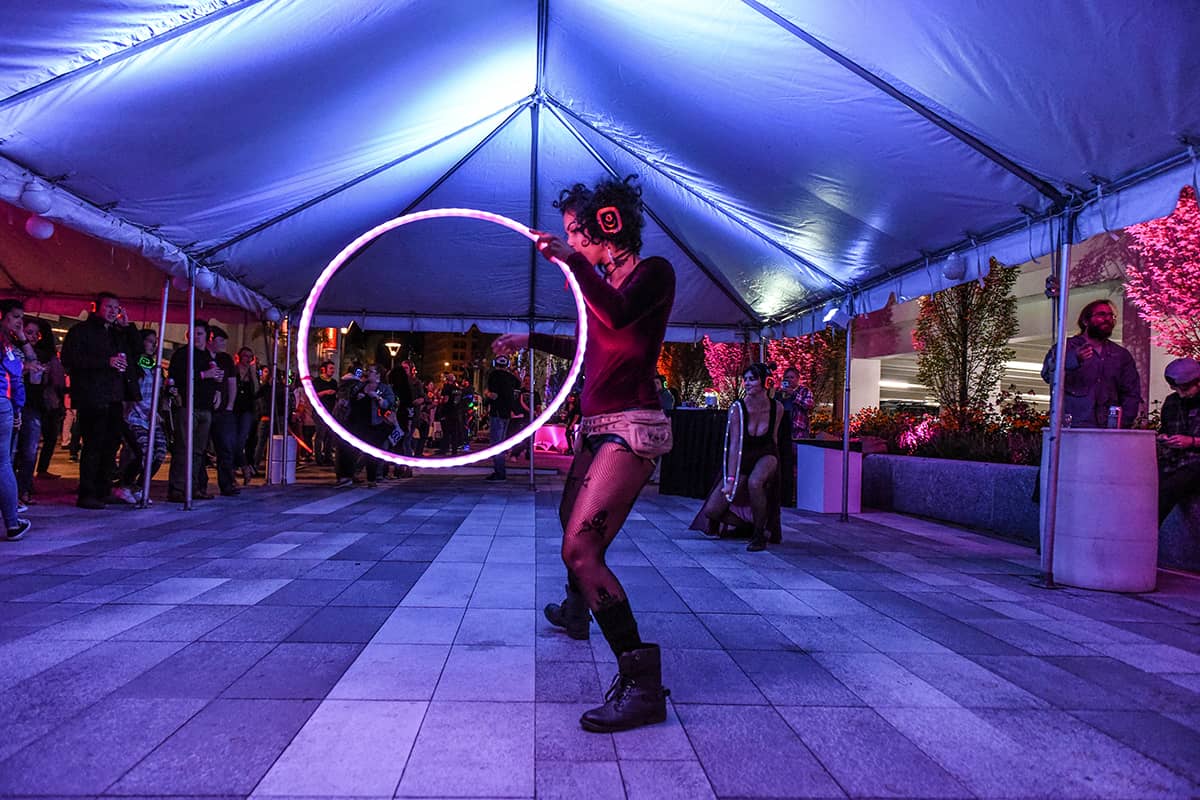 The second annual mural festival POW! WOW! Worcester closed with a grand finale party that was totally (and literally) lit.