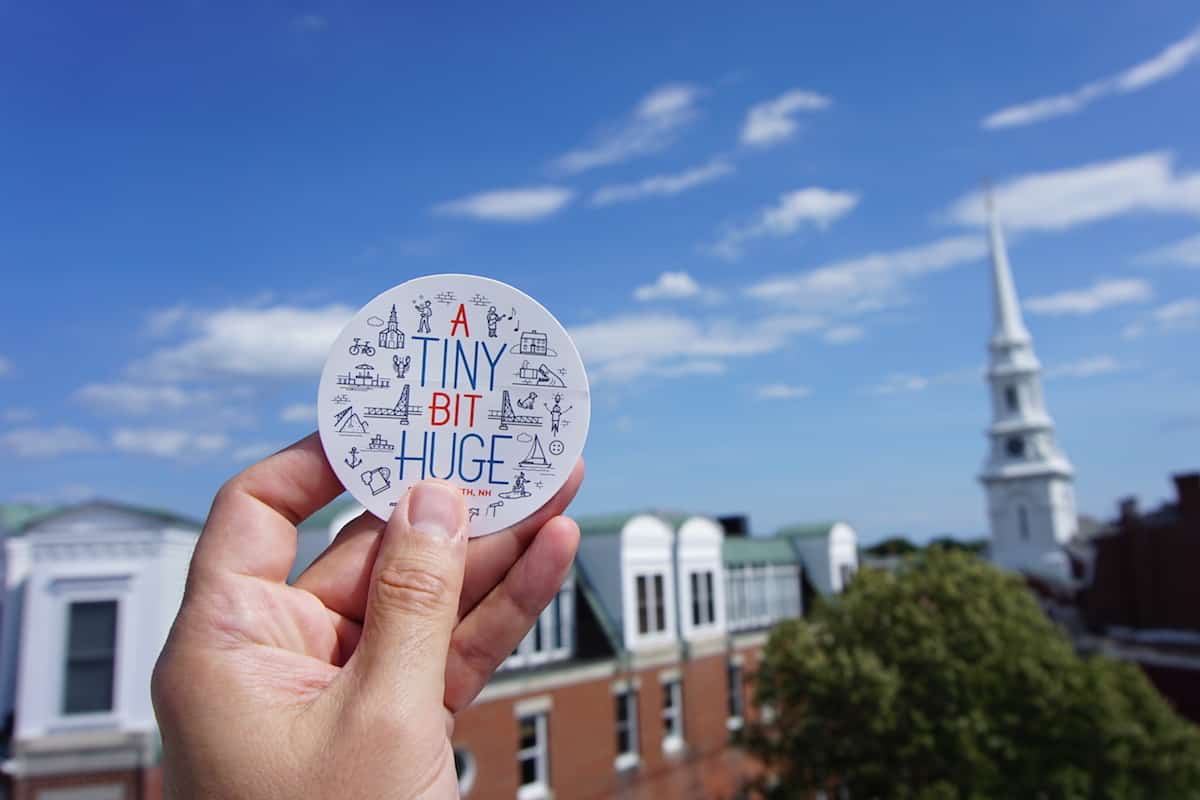 It may have the smallest ocean coastline in the united states, but NH is making its port city scene in a large way.

Portsmouth, New Hampshire is a little city with big heart and Mike Teixeira, board president of Art-Speak (the city’s cultural commission) is yelling it from the steeple-top. Their slogan, ‘A Tiny Bit Huge’ is growing into a unifying brand for the creators and culture-makers of the city. Basically, A Tiny Bit Huge is kind of a big deal.

According to a survey done every 5 years by AFTA, Arts & Culture in Portsmouth contribute over $41 million to the local economy. That’s survey does not count ticket sales or pieces sold, it’s calculating the money that goes back to local businesses and city taxes.

As the city’s cultural commission, one of our duties is to promote appreciation, awareness, participation and dialogue in support of the invaluable contribution that arts, culture, and history make to our city’s vitality, economy, and quality of life. But, when you’re operating on a shoe-string budget and when your community is made up of so many various parts how do you do that in an interesting way that will make people pay attention? The idea we came up with was to create a simple slogan, that was positive, fun, clever to travelers, but also had a deeper truth. We wanted to find a way to unify the identity of so many divergent groups, musicians, historians, poets, and metal sculptors (just to name a few). At the same time we want to honor how oversized our cultural community is compared to other cities of our size.

How can residents of Portsmouth get involved and enjoy the bounty of A ‘Tiny Bit Huge’?

We originally floated this idea to the community via crowdfunding and we were able to raise about $8k through IndieGogo and private donations. This helped us get the site off the ground, create the first batch of merchandise, and shoot the first videos. The crowdfunding effort was awesome, it let us hear people’s opinions, gauge the interest and adjust what ATBH would be.

It’s hard to tell how many people exactly are now enjoying ATBH content. We know that there have been thousands of visitors from over 45 countries to the site, we’re approaching hundreds of downloads of the music and so far we’ve featured nine community members with a goal of doing three new profiles every month. Not bad for only five months since our site launch.

Residents can help by spreading the word (our website and instagram are a good place to start), buying their friends and family some merchandise and letting us know if they have any ATBH ideas that they’d like to feature as part of the program.

What do you see for the future?

We are hoping to grow it into a recognizable brand that will serve as a content channel. The primary delivery method will be the site and you can start to see how we are producing profiles that feature different cultural members of our city’s community, but you’ll also see the music collections which is just the tip of the iceberg. In the future, I see coffee table books of local illustrations, one-act play events that you can then pay to see online after the performance. The whole thing is the living embodiment of the phrase A Tiny Bit Huge. We hope by unifying all our pieces together in one place it’ll increase awareness for everyone, and generate more income for us as a result.

What artist should we keep our eye on?

Oh god, that’s so hard to name just one. But here are a few I think you should keep your eyes on:

Photography – Michael Winters – Has a surreal dark beautiful vision that really connects with people and he is starting to also experiment with really bright (almost hyper-real) photography that is so beautiful. It just goes to show how the work he has done to date is only a tiny bit of where he’s going. Check these out.

Visual Art – James & Alex Valhouli – James is a visual artist with a strong urban sensibility, his brother is an illustrator and filmmaker. These brothers are a force to be reckoned with and I expect you’ll see some big things from them soon. One of my favorite projects that they did was that they painted the temporary pop-up restaurant that lasted a summer, called The Station.

If you had to choose one word to describe Portsmouth, what would it be?