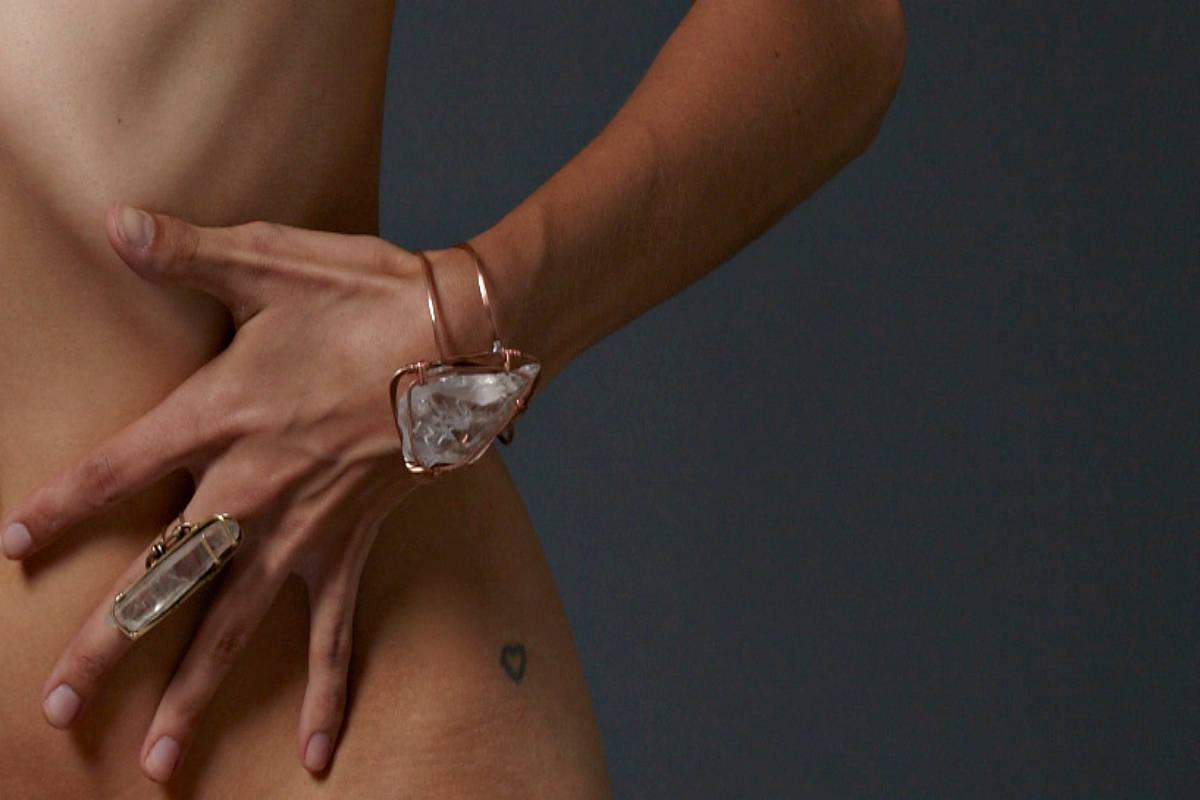 Toni Johnson’s radiant energy cannot be missed. Adorned in bright colors and multiple pieces of jewelry, she emits warmth with a glance and a joyous laugh. Now residing in Hartford, Connecticut, with her “twin-flame” and love, Azua Echevarria (owner of Age Into Beauty), Johnson’s healing creativity is seen in her unique jewelry, Rework Creative, and several projects with her partner including the Wild Women’s Collective.

Johnson has lived many lives: as a hairdresser post high school, a singer with a record deal at Capitol Records, a photography stylist, and now as a jewelry designer who uses the power of stones for both aesthetic beauty and healing. “You know I have always been a healer. Whether through singing or counseling friends, it has always flowed naturally from me,” Johnson says. “I have always held a lot of healing joy for the world around me.”

Johnson’s journey into metalsmithing and jewelry design began as part of her own self healing after experiencing a lull in her music career and leaving California to become a photo studio stylist in New York City in the early 2000s. “I moved to New York to take a break from music and found a career that I felt I could do full-time until I found another path in music,” she says. “But then I realized that my music path had just come to an end and I turned to making jewelry to help with my own grief—the grief of losing my music career, the grief of losing a lover—and it became something of my own.” 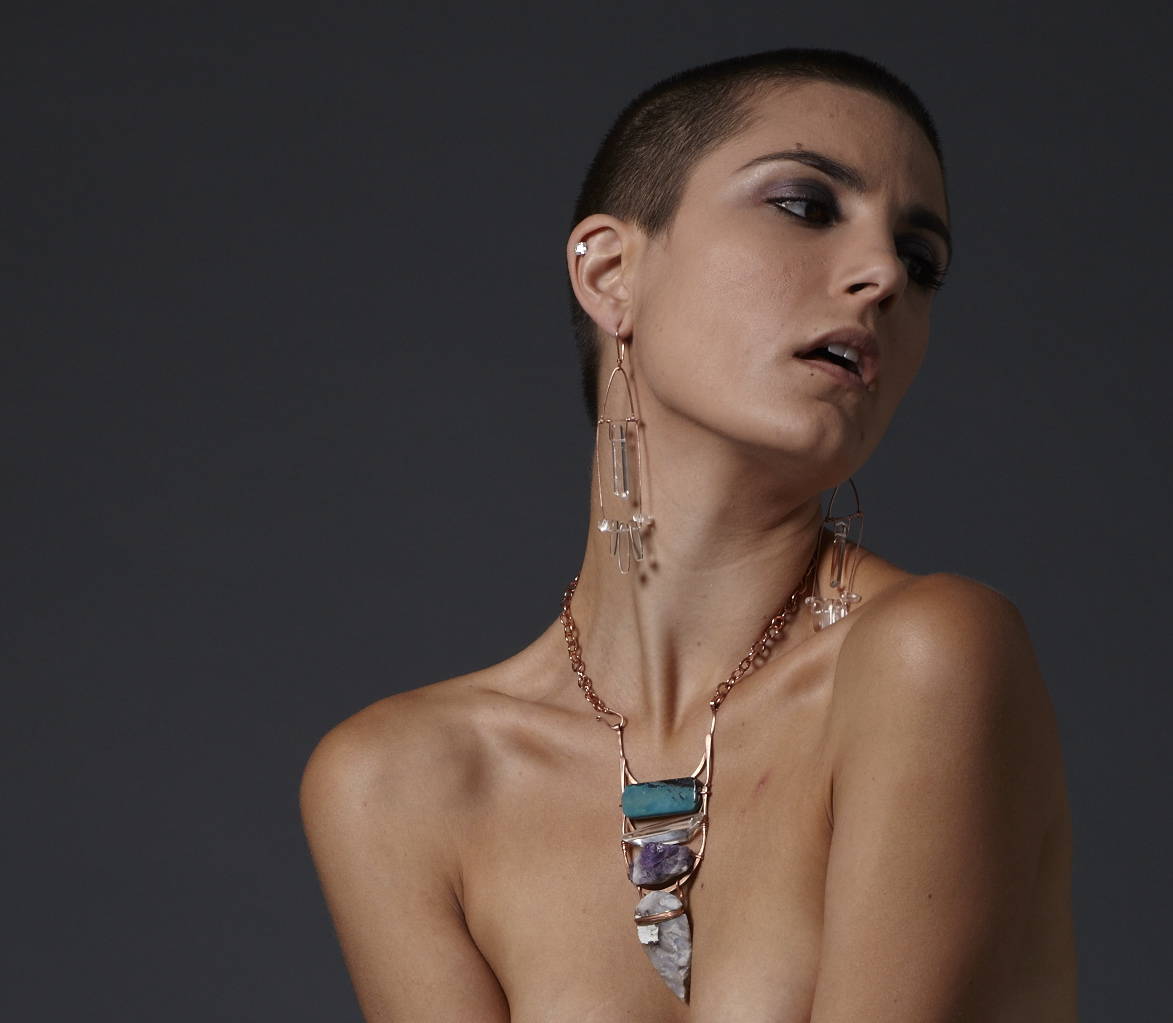 Channeling her creativity to heal isn’t that surprising. After all, Johnson has been creative since early childhood. “My grandmother would always say, ‘There is nothing new under the sun,’ and it’s true. Everything we do is just a reworking and reinterpretation of the things we experience around us,” Johnson says. The concept of “reworking” is at the heart of Rework Creative, where Johnson incorporates the healing powers of earthbound metals, minerals, and stones to reimagine and reinvent their beauty through jewelry. 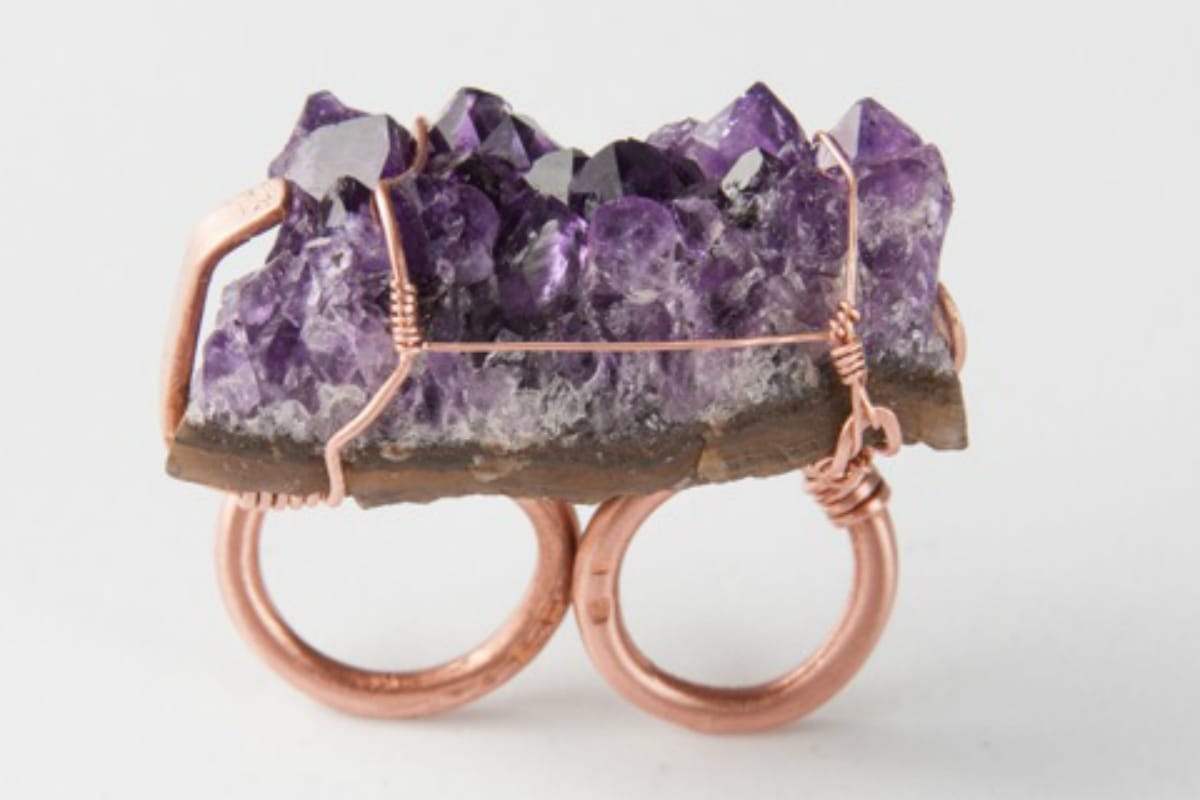 After experiencing a life-changing car accident, Johnson says her body began to undergo physical and psychic changes. At that time, her jewelry shifted from beadwork to increased use of crystals and copper metals, both conduits for energetic healing. As friends and strangers expressed interest in her work, she decided to begin selling her work in 2008. “Crystals are very reactive to mental energy, so as I create, it is all about implementing love vibrations,” she says. “And I get responses from clients and customers that they can feel this in their pieces, so it reinstates and validates the work that I am doing.” 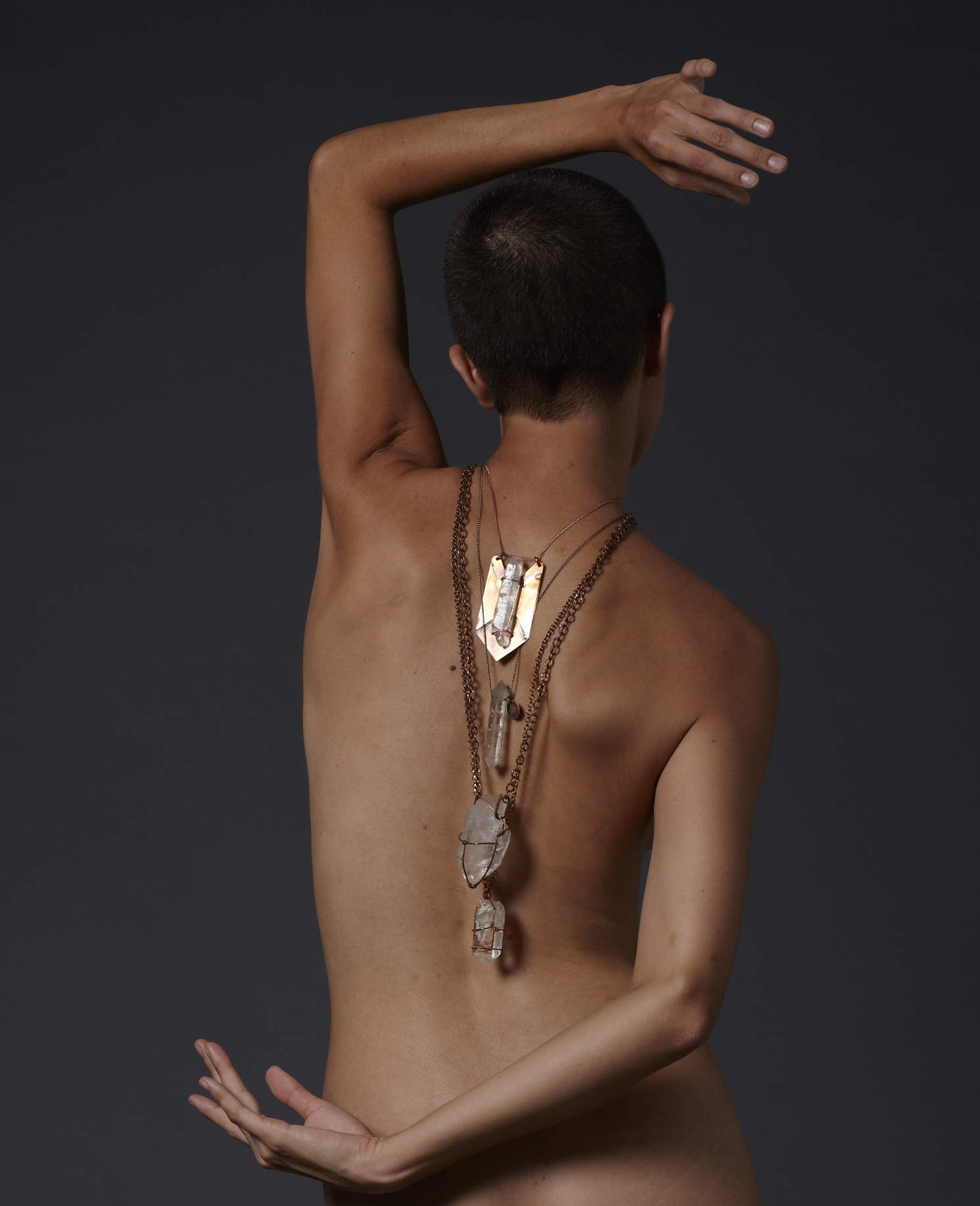 Although Johnson has been offered a chance to mass produce her designs and sell in larger retail stores, she has decided to stay grassroots with her work. “I have turned down the opportunity to sell my work to larger vendors because I want my jewelry to always be from my hands. It is my baby,” she says. “I charge all of the pieces myself through song and touch, and that is what makes the work so special, because I am energetically connected to those who wear my jewelry, and I try to bring joy directly to them.”

Johnson has sold her work to artists and musicians all over the world, including pieces commissioned for Lily Tomlin for her role in the Netflix series, Grace and Frankie. She is currently a part of Brunch of Art, put on by the Wild Women’s Collective, as well as collaborating with Echevarria and Hartford-based dancer Arien Wilkerson on a play called Universal Womb that is still in process. Besides creating jewelry, Johnson also works as a healer doing mineral prescriptions and collaborating on artwork with her partner. 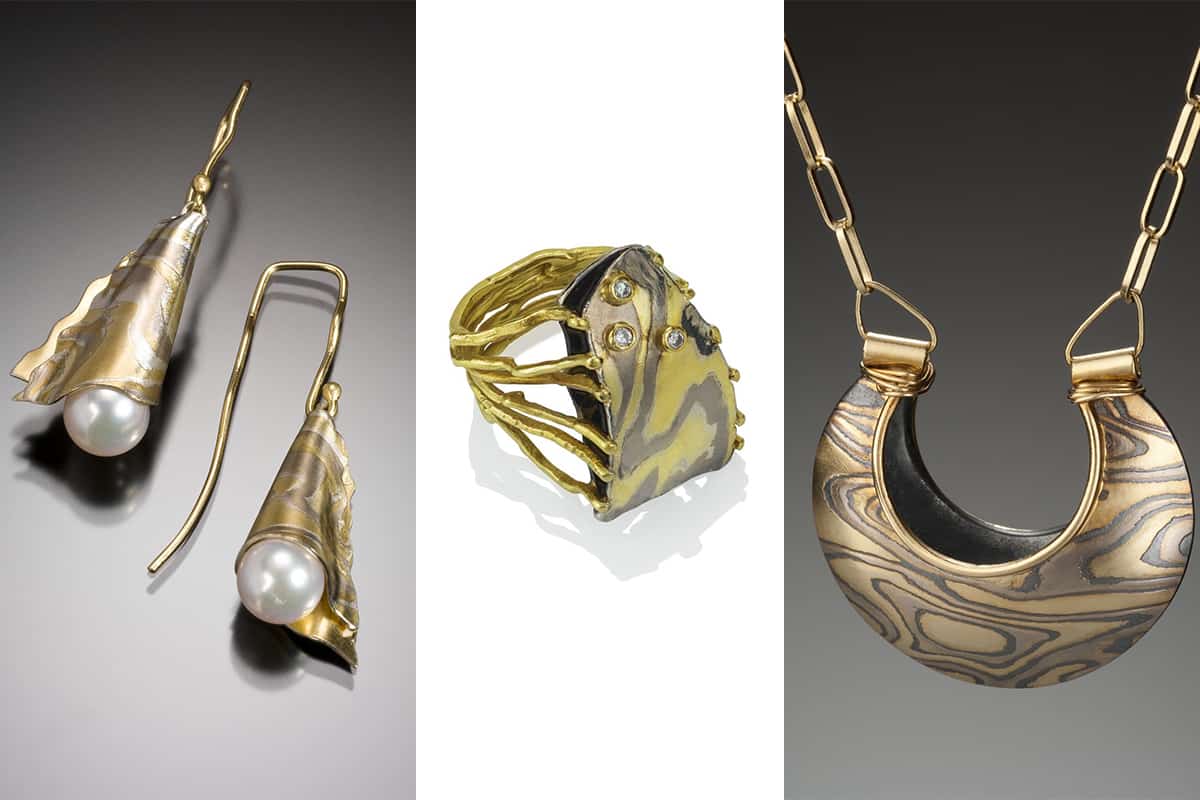