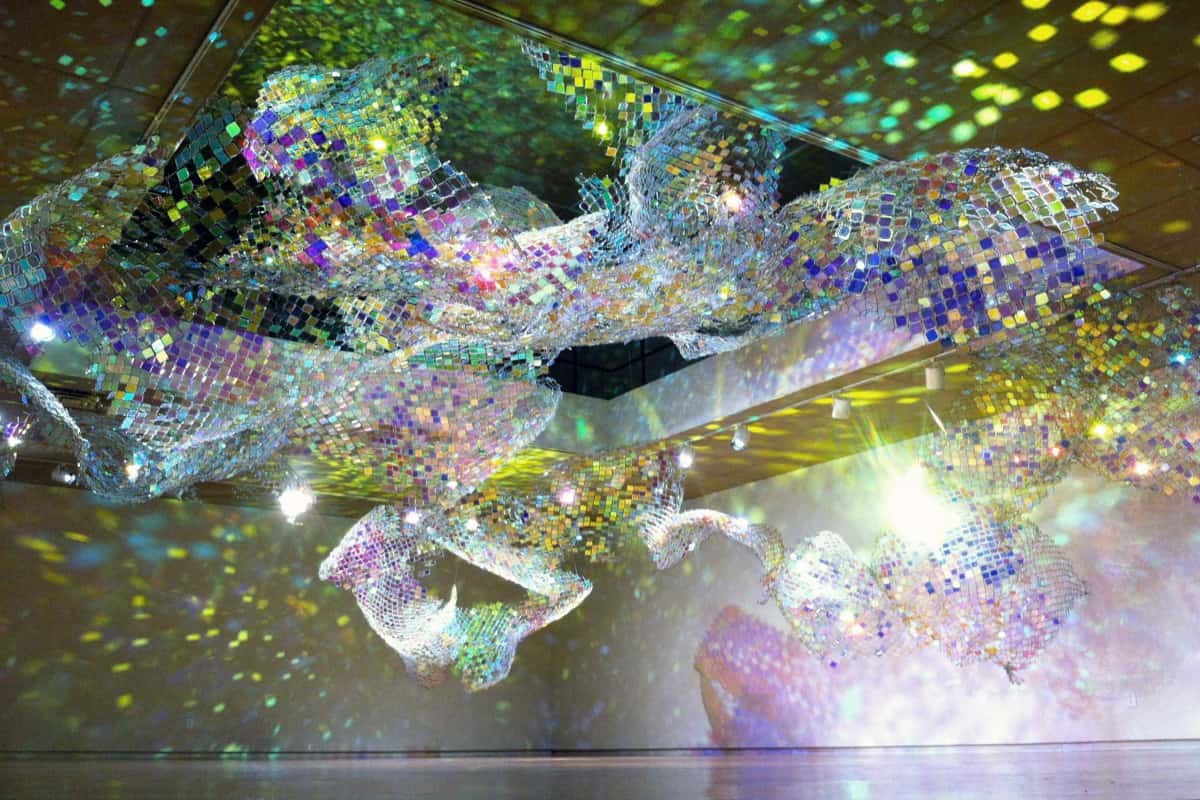 Working with themes of displacement and self-awareness, sculptor Soo Sunny Park challenges the nature of perception.

Soo Sunny Park’s studio in Lebanon, New Hampshire, is a literal hive of activity. Along with her assistants, she is bending and snapping together the last pieces of BioLath, an installation piece which opens at the Currier Museum of Art in Manchester, New Hampshire, on February 25th. The diamond-cut metal lath is being twisted into a series of organic, cloud-like shapes whose sensual curvature isn’t just an exercise in aesthetics. The edges of the mesh are sharp, the modular sections are intentionally transparent, and the finished work, unlike classic sculpture whose form is meant to viewed at a respectable distance, is built to be walked through, seen through, the completed installation physically fragmented by both the viewer’s perspective and the light that moves through it. 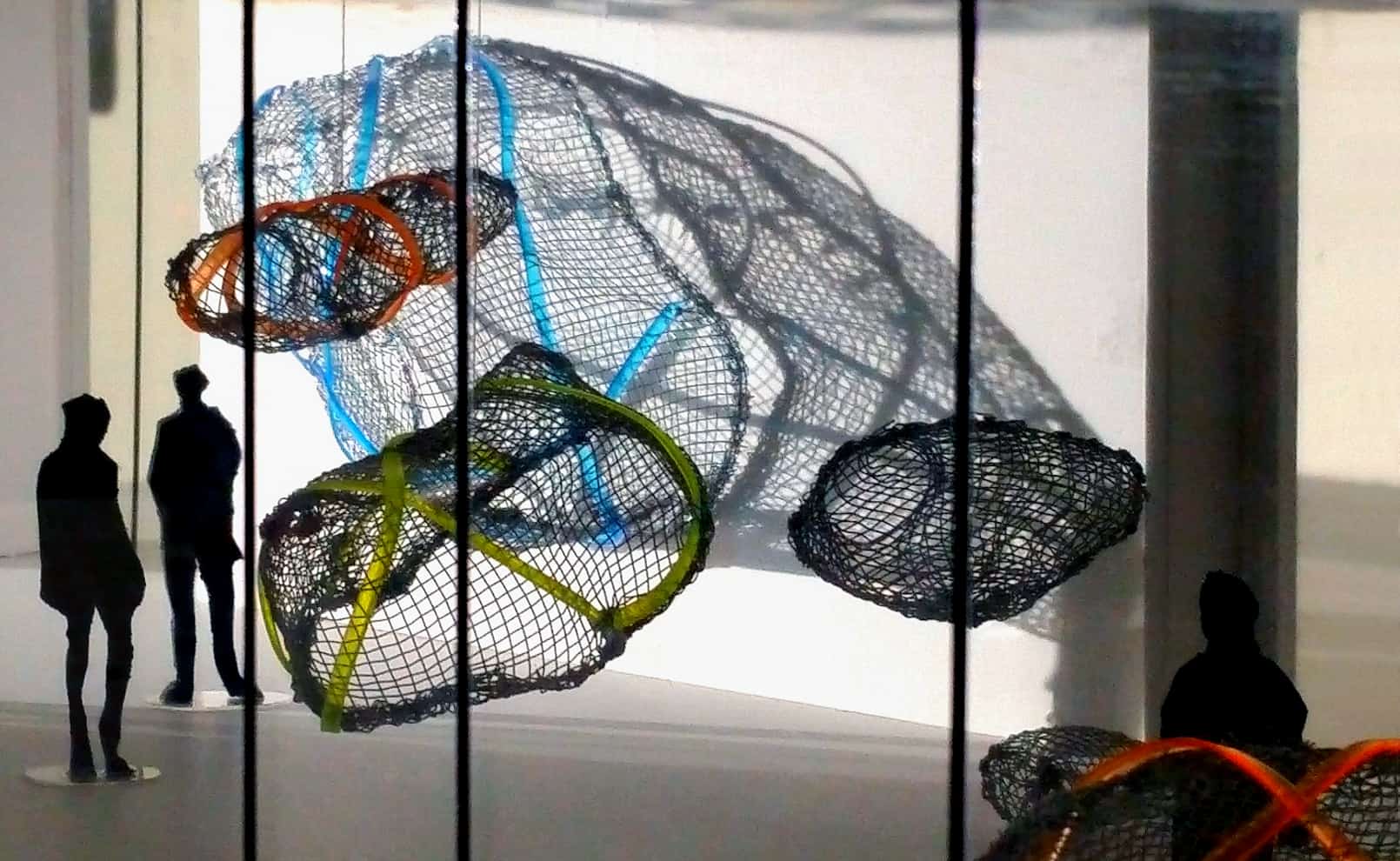 Displacement, perception, and self-awareness are central themes that move through Park’s installation art. Park emigrated to the United States at age 11, and had already begun to grapple with the central questions that would later take physical form in her adult work. “I went through an existential crisis when I was six,” she says. “I began to wonder about existence and why I can’t see my own face, my own eyes, and why I always feel like I’m looking out from the inside. How others see me, the body, is not how I’m aware of it. Then you start to ask about consciousness. Is there life after this? You question if there’s a soul. I try to think about that kind of duality when making art, and what happens in the middle.” 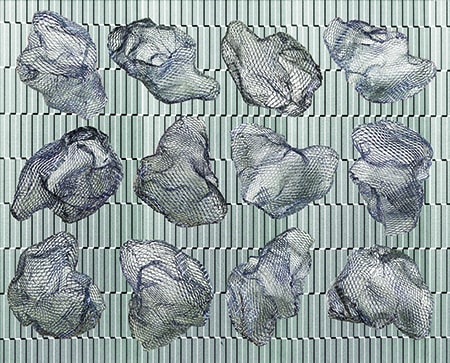 Park, a graduate of the Cranbrook Academy of art in Bloomfield Hills, Michigan, began her career as a painter. Struggling to understand the role of painting, she grew increasingly interested in sculpture, a form whose physical possibilities drew her attention. Debating the inherent differences between the two, Park took on a new project. “I poured paint on the floor and cut it to form a body,” she explains. “It was a clothing piece, but was it also a painting—or did I just create a sculpture? Now you’re inside the artwork. Now you see the world from inside of a painting, inside the sculpture. I tried to flip the kind of space that the viewer would experience so that they’re wearing the piece and looking out from a reverse perspective.” 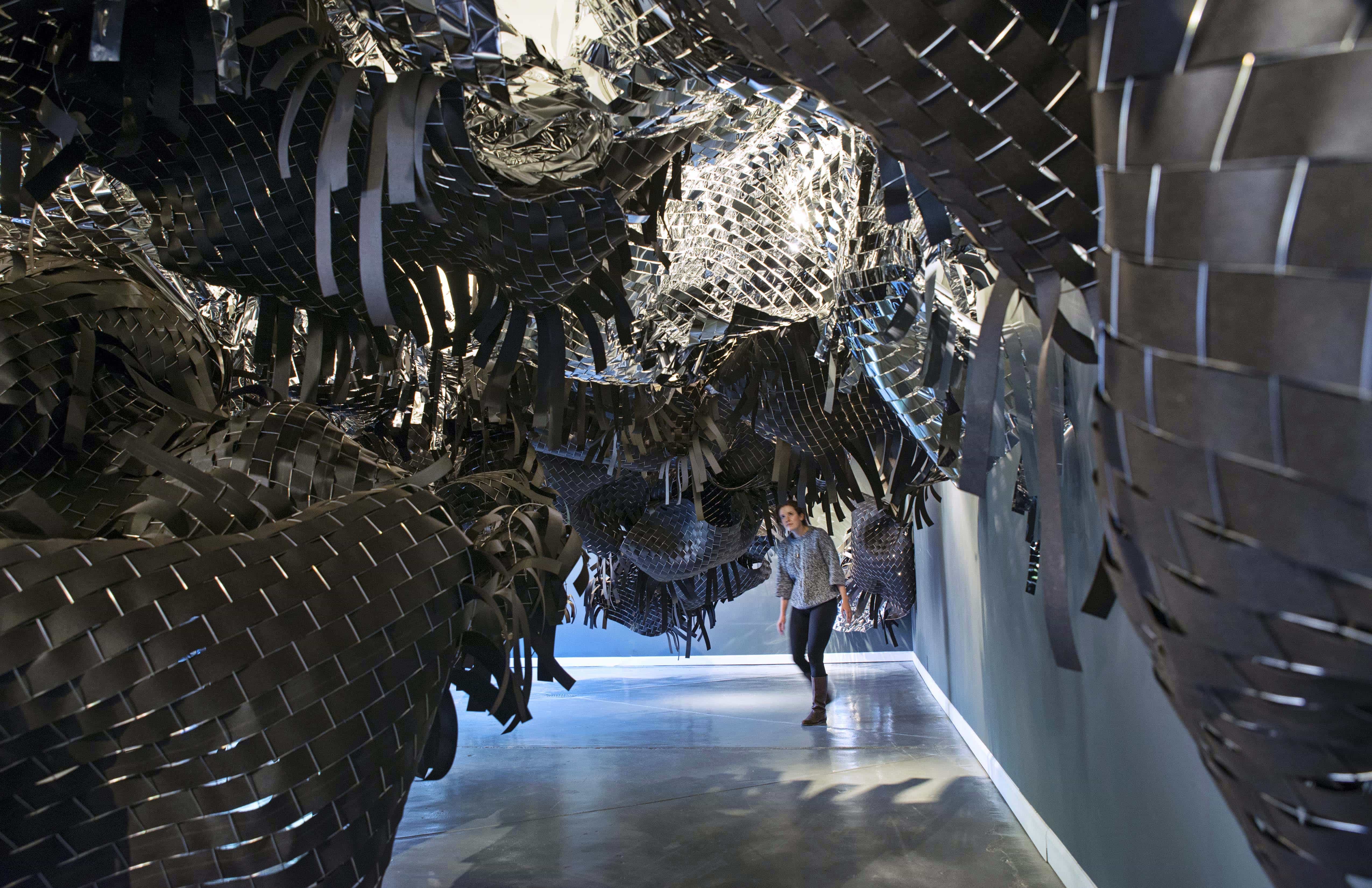 Park came to Hanover in 2005, having taken a professorship at Dartmouth College with the idea of making New England her home. As an installation artist used to a much more aggressive urban landscape, she was once again faced with issues of displacement. “I moved around a lot as a kid and was a bit afraid of being in a rural area. A lot of artists feel they have to be in New York, obligated to show up at certain events and see certain people. There’s not that kind of pressure here. It’s a different speed of life, and I feel focused. So being in a quieter place, especially as an installation artist, has been great.” 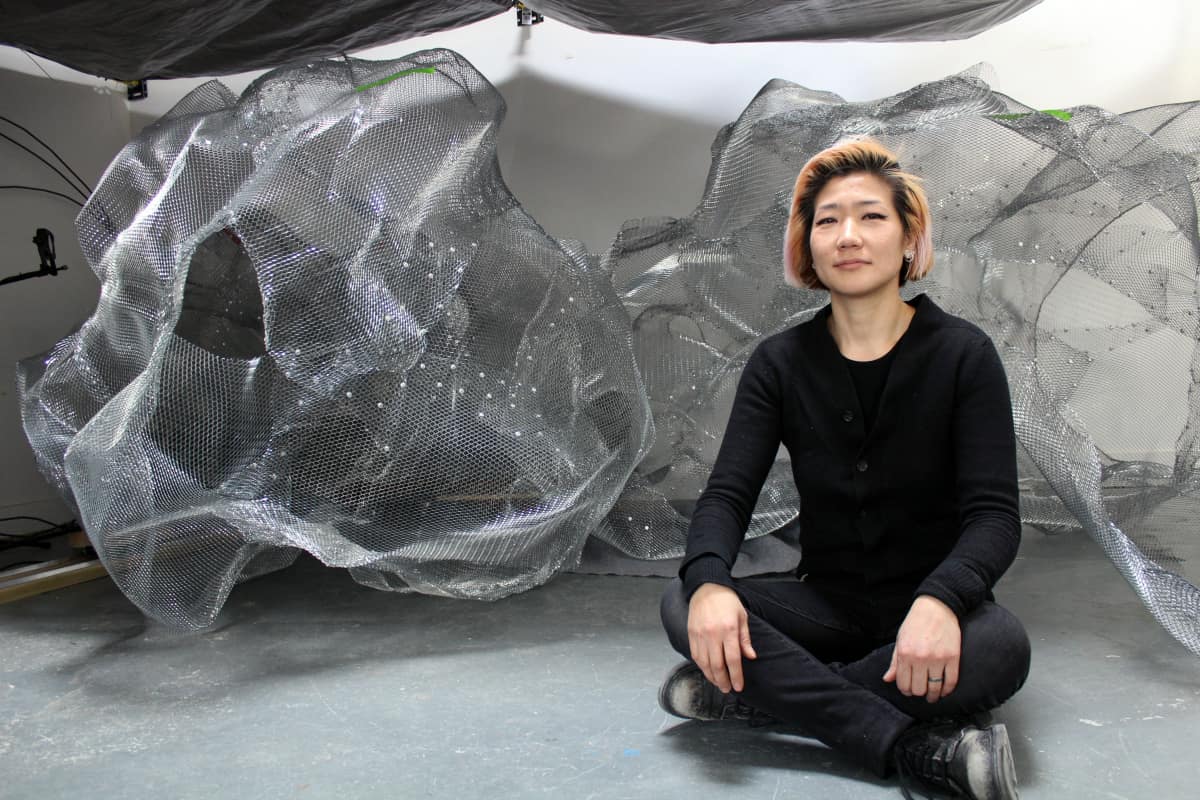