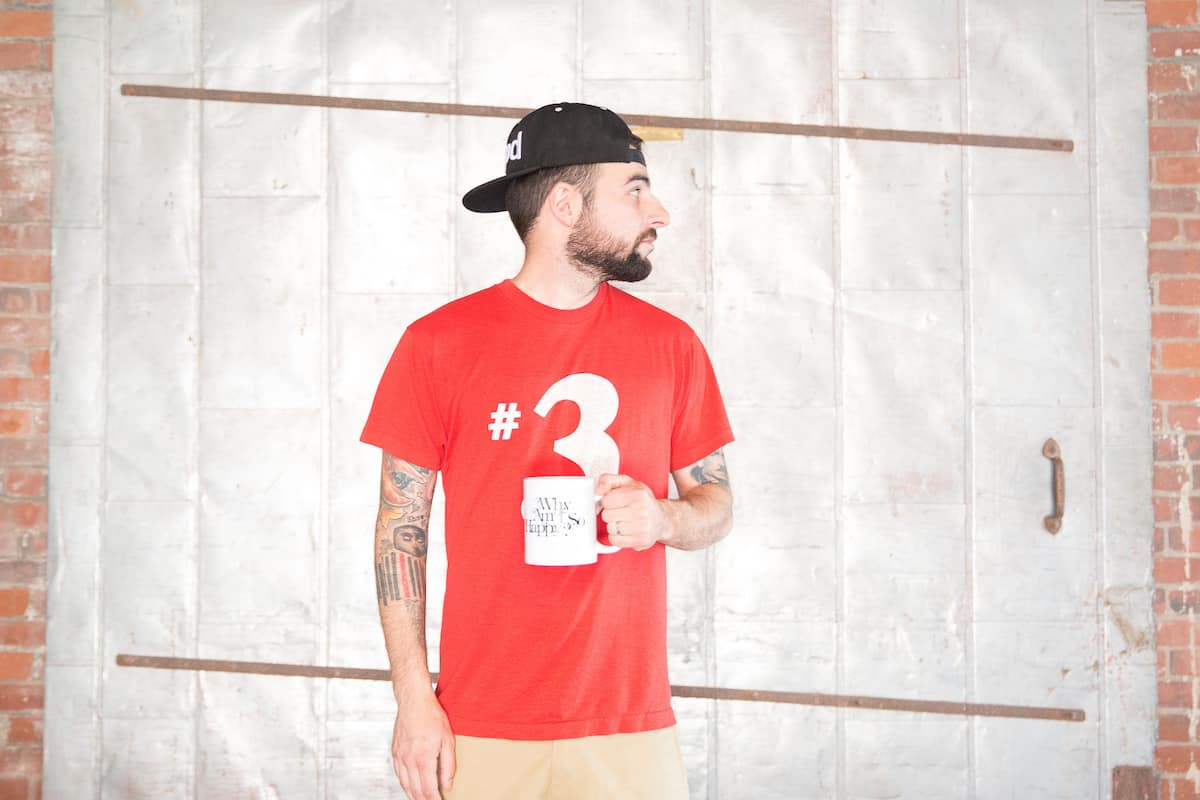 Spose is one sharp musical export from Maine delivering beats and lyrics that any New Englander will appreciate.

Making it in show business is hard work, especially when you’re a rap musician from Wells, Maine. Ryan Peters, aka Spose, got national recognition for his terrifically sarcastic 2010 hit “I’m Awesome.” Since then he has worked at a furious pace, touring and putting out albums with beats and lyrics that any New Englander who’s struggling to pay the rent, driving a shitty car, reading good literature, and trying to ‘make it’ will appreciate. We emailed Spose 10 questions. He answered them.

What’s the guiding philosophy behind your recent album Why Am I So Happy?

Happiness is attainable if you change the perspective in which you view your life. The title track of the album deals with this explicitly, but I’ve been addressing this idea for years (for example, on one of my more popular older songs “Knocking on Wood”). Basically, I just think way too many people are miserable, and I was hoping to explore why and possibly even offer a guide to happiness. The title comes from an English translation of an old, out-of-print German book I found on a shelf after we played a show at a ski mountain in 2013. The font, the question itself, just intrigued me so much that I knew from that moment that I would use it as my album title.

Are you working on a new record?

I always work on a lot of different albums simultaneously. By the time Why Am I So Happy? came out in July, I was almost done with another project (We Smoked It All 3: The Album, which is a joint project with my friend Cam Groves, that came out in November). And by November, I was already halfway done [with a] new project. I’m exploring a lot of new musical territory on my new project. I don’t have a name for it, but I can say it will hopefully sound very little like anything I’ve ever done before, whilst still maintaining the core of who “Spose” is.

What do rap music and Maine have in common?

Rap music and Maine might not have much in common except me. However, I suppose rap music uses a lot of brutal honesty and good details in its storytelling, just like a stereotypical Mainer would be honest and upfront with you and describe things in a way that you could understand.

Name one or two New England musicians you admire and explain why.

I admire are Kay Hanley, [who is] most known from the band Letters to Cleo, but people actually know a lot of her work because she’s a great pop songwriter and wrote tons of catchy songs for TV shows and movies (Josie & The Pussycats, Doc McStuffins, etc). I love rap music, but I also love R&B, alternative rock, and pop music. [Hanley is] one of the greatest pop writers alive, and I just have so much admiration for the talent of creating pop songs, even if it’s for a kids TV show about a stuffed animal doctor. Secondly, Dave Gutter from the Maine band Rustic Overtones (and Paranoid Social Club and currently Armies—with Anna Lombard, who’s also a genius) is one of my idols. I got to work with him a lot on Why Am I So Happy? which was a dream come true, because I listened to him growing up. His band Rustic Overtones getting played on the radio and signing a record deal while I was growing up proved to me that a kid from Maine could succeed at music. There was a way. I probably wouldn’t be doing this as a job if it wasn’t for Dave and Rustic.

What is the most unlikely place you’ve ever performed?

Played at a bowling alley. Played at a pizza place. I’ve played so many terrible, awful shows on the way to playing legendary, unforgettable shows.

Every New Englander grows up viewing a bordering town as a nemesis. Growing up in Wells, which town was your nemesis and why?

What a great question. I went to Wells High School in Wells, Maine (which is a ‘class B’ school), so our rival was always the York Wildcats. FUCK YORK!!!! : ) The other two towns next to us we hated also, even though they were bigger towns with ‘class A’ schools: Sanford, [which] we thought of as super trashy and gross (even though we all went there to go to Taco Bell and the record store and the bowling alley), and Kennebunk, which we thought of as rich, snobby-kid central.

Name a favorite destination in New England outside of Maine, and why you like it.

My favorite non-Maine destination in New England would have to be Burlington, Vermont. I just love the drive there in the summer or the fall, and one of my favorite venues anywhere, Higher Ground, is located there.

Being broke and working hard are big themes in your music. How do your fans respond?

I think by putting the struggle of my fans into words is why I have fans, honestly. They relate to being broke. Ninety-nine percent of the country is not wealthy; there’s a huge demographic there. I think being broke serves as a relatable jumping-off point with my music, and working hard is the path to better days, which I also rap about. I’ve always just wanted to be the dude who speaks for all the people who either don’t have the time or don’t have the mind to put their struggle into words.

You name Biggie Smalls and John Steinbeck as influences. Describe one thing you learned from each.

John Steinbeck is my favorite author. I’ve never been to the Salinas Valley in California, where he grew up, but his writing was so vivid, so alive, that when I was reading The Pastures of Heaven or East of Eden, I couldn’t help but feel like I had been there, like I could describe it. All great writing does that. That’s why I love Biggie Smalls, also. I’ve never been to Bedford-Stuyvesant Brooklyn. I’ve never been in a shootout ducking behind a car. I’ve never hustled outside a building while my neighbors were trying to call the police on me when I was just trying to make some money to feed my daughter. But Biggie’s lyrics, his music, his descriptions, his word choice were always so perfect, so vivid, that I could describe Bed-Stuy to you perfectly without ever having been there. All great writing transports you to somewhere you’ve never been, whether it’s Biggie or Steinbeck or Jay-Z or JK Rowling or whatever.

Success, to me, is measured by how content you are with your life. So, I don’t think I’ve ever felt more successful than I feel today. I was on a major record label in 2010 (Republic Records), and it mainly caused me stress and confusion, whereas when I’m in charge of my life, my music, my brand, I have a much better understanding of where I’m going and what I need to do to get there.