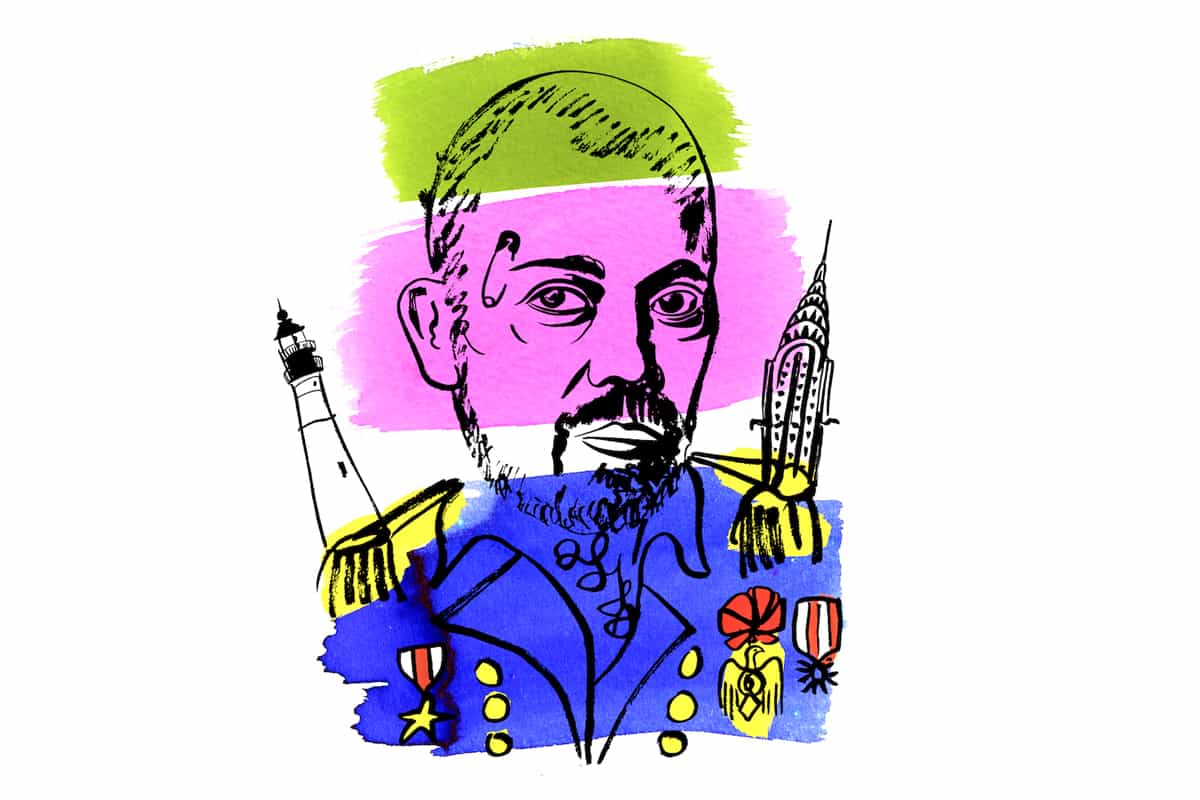 It doesn’t matter whether you think I look like I’m from Maine.

When I went off to Wesleyan University in 1985, no one believed I was from Maine.

Bronx Science or Stuyvesant? one future friend asked me. I would soon learn these were high schools in New York that had sent Wesleyan as many as 50 students a year.

Maine is where I went to camp, they said.

I could feel how easy it would be, to just go along with it. But while it was true that being cool in the︐80s in Maine had felt more important somehow, like surviving the destruction of everything cool, I wasn’t about to pretend I wasn’t from there. I wasn’t going to sell out my house music DJ boyfriend back home, or the friends who taught me how to lace my Doc Martens and put Manic Panic in my hair and use a dark pillowcase so it wouldn’t stain. To the extent that my new friends from New York and DC thought I fit in with their style, it was in no small part because of the friends I grew up with. And while my Maine friends and I had often wanted to run away, or would talk about how horrible it was, I still remember how I felt coming down the highway toward Middletown, Connecticut, watching the low yellow band form along the horizon, and realizing it was the terrible air, the thick poison of it, so different from where I had grown up. In Maine.

The irony to me in all of this was that growing up, some of my classmates back home had been just as unwilling to identify me as from Maine.

What are you? was one question when I was growing up. Or if there was no question, there was, Go back to where you came from.

You first, I would think. Sometimes I even said it, and I like when it shocked them, the sight of what they assumed was an alien speaking back with perfect confidence of place.

I am the son of a woman whose family has been in Maine for over 350 years on the same farm. We have a King George III deed to the property, and six of my ancestors fought in the Revolutionary War. I recently joined an association that you can only join if your ancestors owned a tavern before the Revolution. I grew up visiting my grandparents in a house held together by the wooden peg construction of my grandfather’s earliest ancestors, and a portrait of one of my great aunts hangs at Colby College.

My father was a Korean immigrant, an engineer my mother fell in love with during her life in California, and so none of that was visible to these questioners.

But it doesn’t matter whether you think I look like I’m from Maine. Looking the part was never what mattered. And if you really were from Maine, you knew this.

One part of the state’s history of which I am most proud is how the coast was settled by sailors and sea captains, people who could be sophisticated without being snobbish, worldly but also frank. They fostered the sort of person that was Sarah Orne Jewett, one of the leading literary writers of her generation, who lived across the way from the first church in the state, built by my ancestors.

A student observed recently that I wore my status as a professor lightly—she was surprised I was not pretentious, not self-important. To the extent that is true, I credit my home state. I bought a new suit recently—my first in 6 years. That sort of thrift also is Maine to me. I think it comes from the way the weather in the state changes so quickly. There’s a way of being when you know the weather could change at any time that extends to people. And to the economy also.

When I think of Mainers I think of speaking plainly to power, to lies; of being kind to those less fortunate, and modest also, whoever you are or whoever you think you are. You don’t know what tomorrow holds—much less today. I think of thrift and a sharp sense of humor—like my uncles, who, when they were too drunk to drive home, ran their truck battery down and called AAA for a tow.

I live in New York now. My relatives back home think I’m strange to live out of state, but I know where I’m from. I feel a little thrill each time I meet someone here from back home. It’s like a tiny secret club. It’s amusing to us to see so many New Yorkers move up to Portland now. And when we talk about it, we often say that we may too.

Alexander Chee is the author of the novels Edinburgh and The Queen of the Night. He is a contributing editor at The New Republic and an editor-at-large at VQR. His essays and stories have appeared in The New York Times Book Review, Tin House, Slate, Guernica, NPR, and Out, among others.