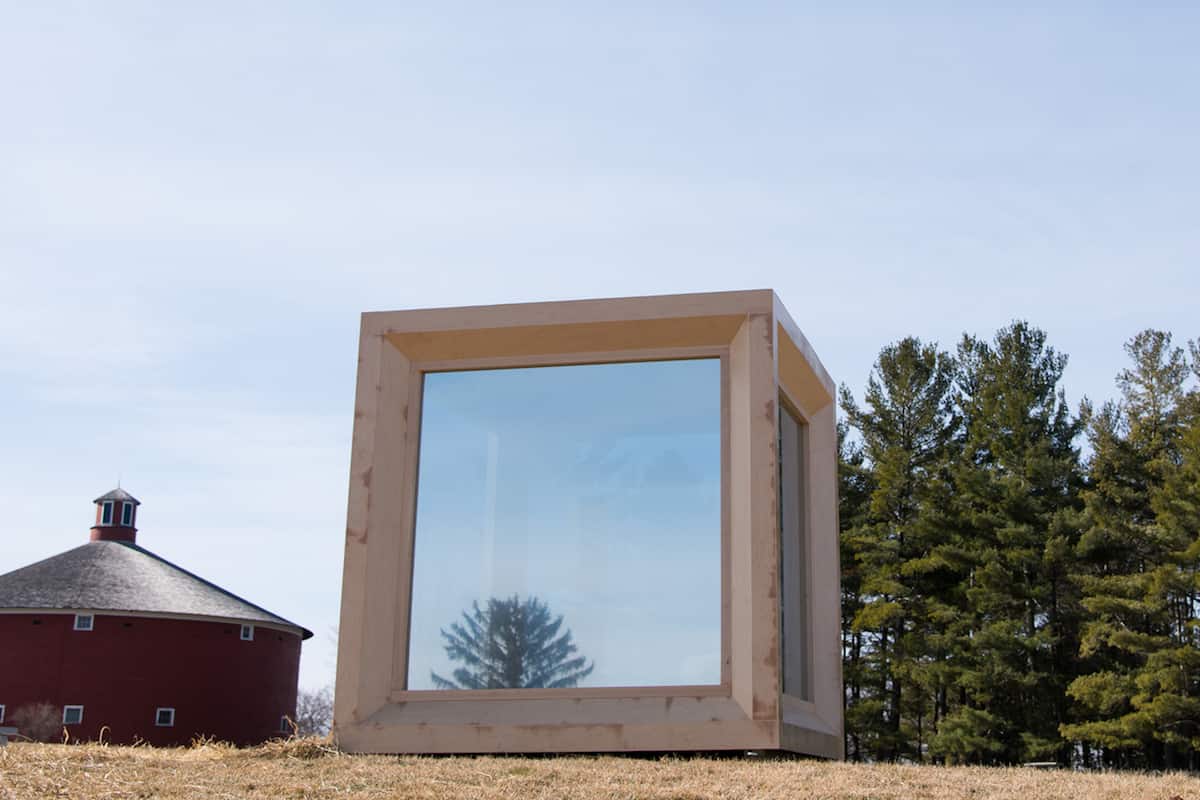 When you need a bit more glamour when you’re ice fishing, the Shelburne Museum showcases the ice shanty as modern art.

This winter has been a disappointing one for the seasoned New Englander, but that didn’t stop the Shelburne Museum of Shelburne, Vermont, from celebrating snow and ice season in all its dimmed glory. 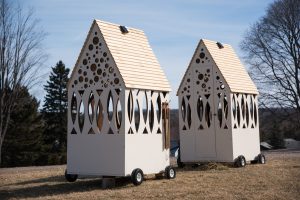 Through April 11, 2016 in association with the museum’s 32 Degrees: The Art of Winter exhibition, ARCTICtexture: The Ice Shanty Project features a sculptural take on the ice shanty by five local architecture firms including Pill-Maharam Architects, Peregrine Design/Build, S2 Architecture, Selin + Selin Architecture, and TruexCullins Architecture + Design. Through the use of wood, metal, mirrors, and other materials, each design transforms the otherwise practical ice shanty into something that captures and emanates the beauty of an old Vermont winter pastime. 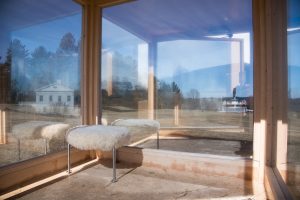 View from the inside of David Pill’s i.c.e. c.u.b.e |Photo by Andy Duback

While some of the designs are whimsical and interestingly angular, others stand as a call to action, such as Pill-Maharam Architects’ i.c.e. c.u.b.e. which is a socio-environmental commentary on climate change. “I began the project by thinking about the ephemerality of winter in the context of its seasonal transitions. I worry that our collective actions on earth are causing the season of winter itself to become ephemeral in the context of cosmic time,” says David Pill of his inspiration for the design. Made predominantly of wood and reflective glass, Pill-Maharam’s shanty looks like something you would see tastefully occupying a pasture in an Arcade Fire music video. 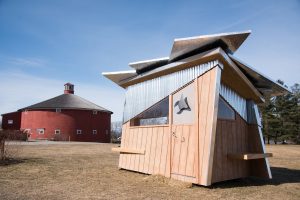 “i.c.e. c.u.b.e. gives people a chance to reflect on all of the different challenges the Vermont landscape is facing and, hopefully while sitting inside and looking out, to contemplate ways of becoming part of the solution to combat climate change,” says Pill.

According to the Burlington Free Press, fishing license sales at the beginning of this season were less than half what they were last year. “I think my piece is questioning how many more years ice fishing will actually be possible in Vermont,” Pill says.