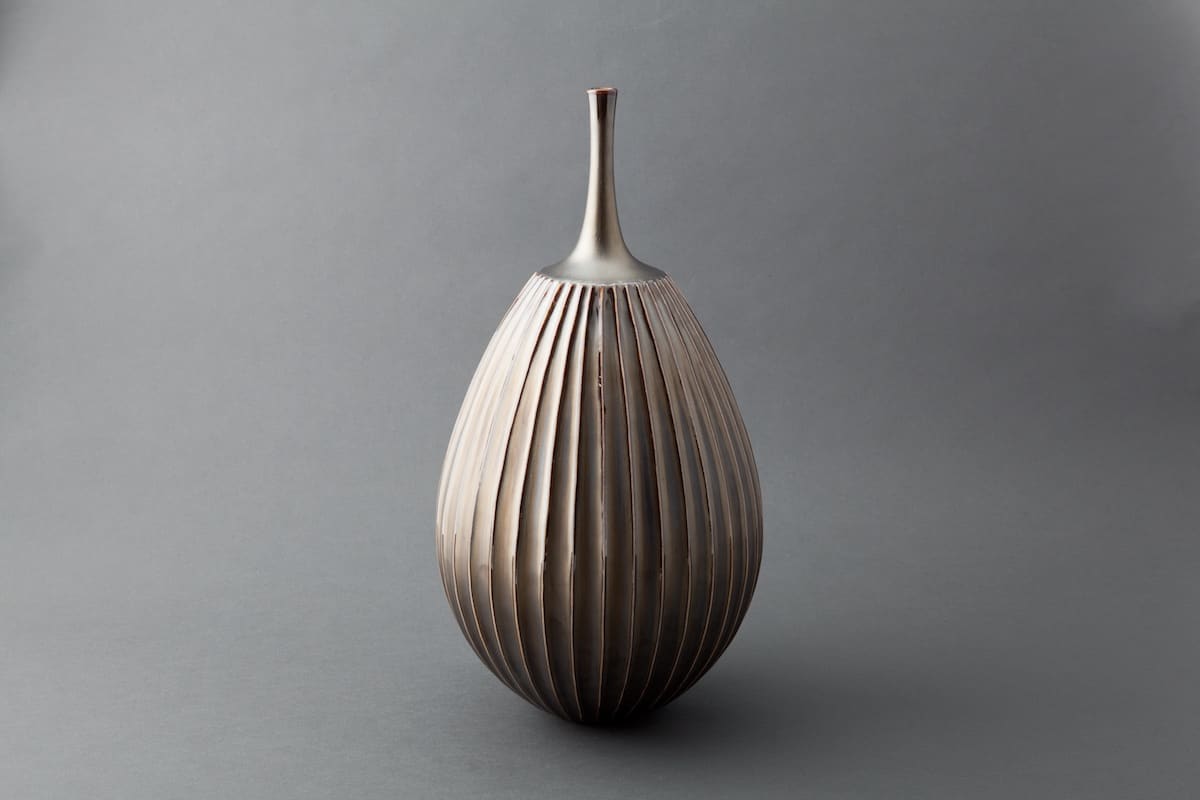 Well over 1,000 years ago, a Chinese potter made a tea bowl and glazed it using a process that gave it the appearance of holding an inky black sky with an entire universe of stars. Fast forward to the day when Hideaki Miyamura, an aspiring potter apprenticing in Japan, first saw these bowls, of which only five remain. The bowls provoked a profound shift in Miyamura’s artistic path, inspiring him to find a way to reproduce this iridescent glaze, the formula of which had been lost to time. Miyamura, who studied art history in college in Michigan, wasn’t always interested in becoming a potter, but he knew he wanted to be an artist. It wasn’t until he returned home to Japan to work for his father’s business and visited a master potter who lived nearby that he found his passion.

Early in his career, Miyamura, now based in New Hampshire, apprenticed with two master Japanese potters, the first of whom taught him the essentials of throwing and firing. The second was a master of glazes with whom Miyamura worked very closely for five years—so closely he virtually lived with the potter’s family, tutoring their children while working 16 hours a day in the studio. During those long hours, Miyamura would make new formulas for glazes every day, ultimately throwing and firing over 10,000 pieces as he perfected his reproduction of the glaze on the ancient tea bowls. Miyamura returned to the United States after marrying an American and continued his work as a potter while working part-time jobs. Bedeviled at first by chemical differences in the clay available in the United States, he happened upon some oak ashes in the fireplace of a neighboring furniture maker that resolved the problem and enabled him to recreate the glazes he had developed in Japan. 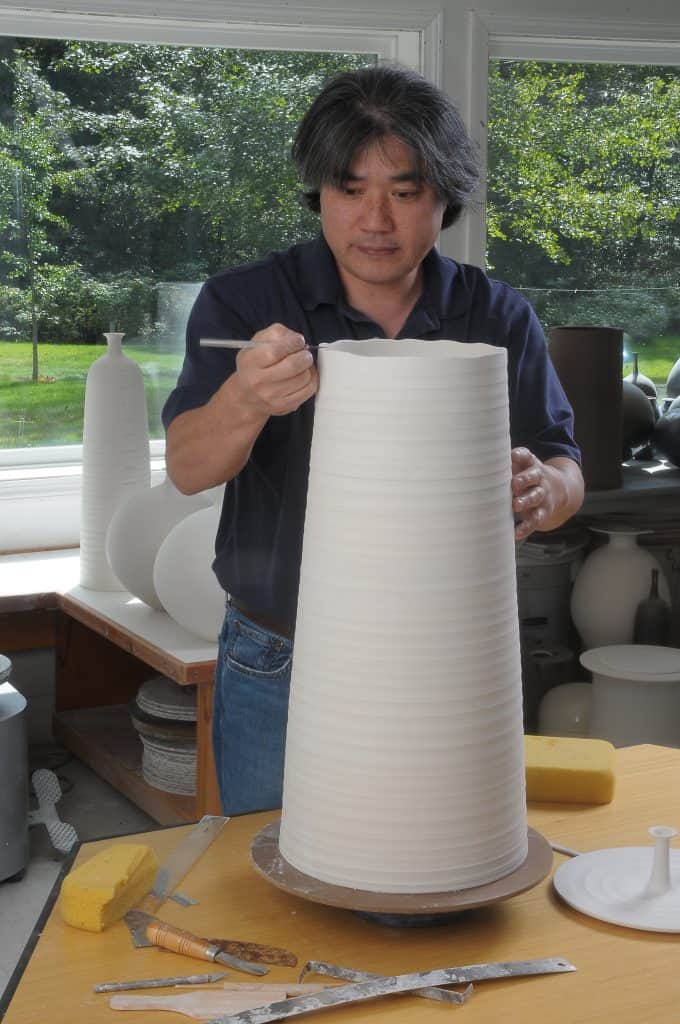 Hideaki Miyamura in the studio 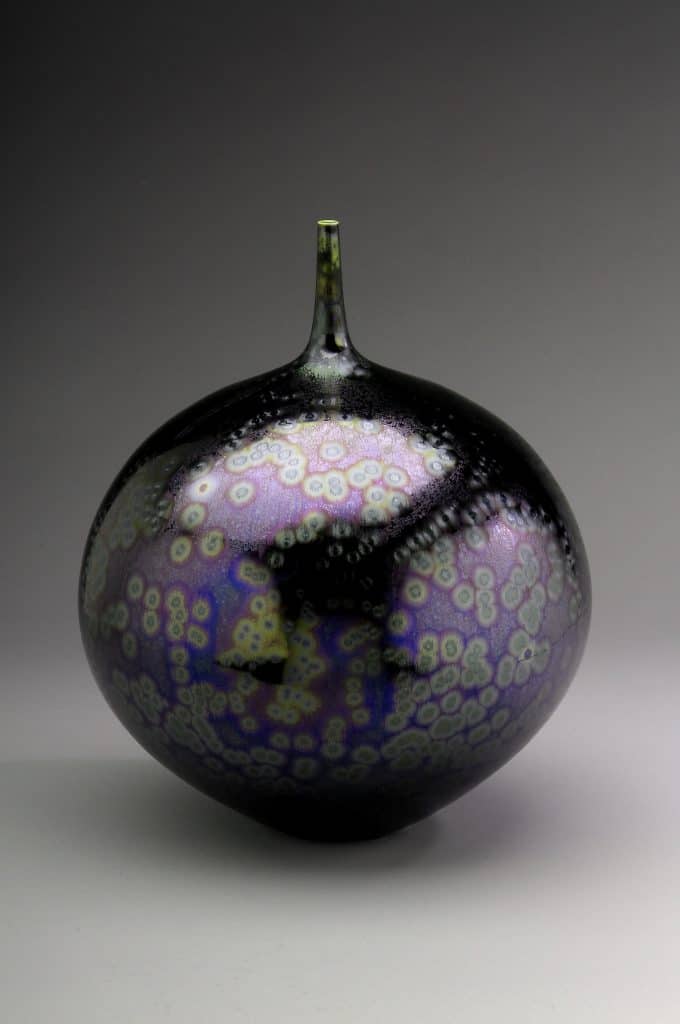 The shapes of Miyamura’s work—vases with elongated necks and lidded jars with tiny openings—are both a conscious break from the functional pieces he made as an apprentice (think endless numbers of sake cups and plates for years on end) and inspired by the work of Venetian glass blowers and glass artists like Dale Chihuly. While made of clay, this combination of unexpected form and one-of-a-kind glazing technique transport Miyamura’s pottery from the everyday to the level of fine art.