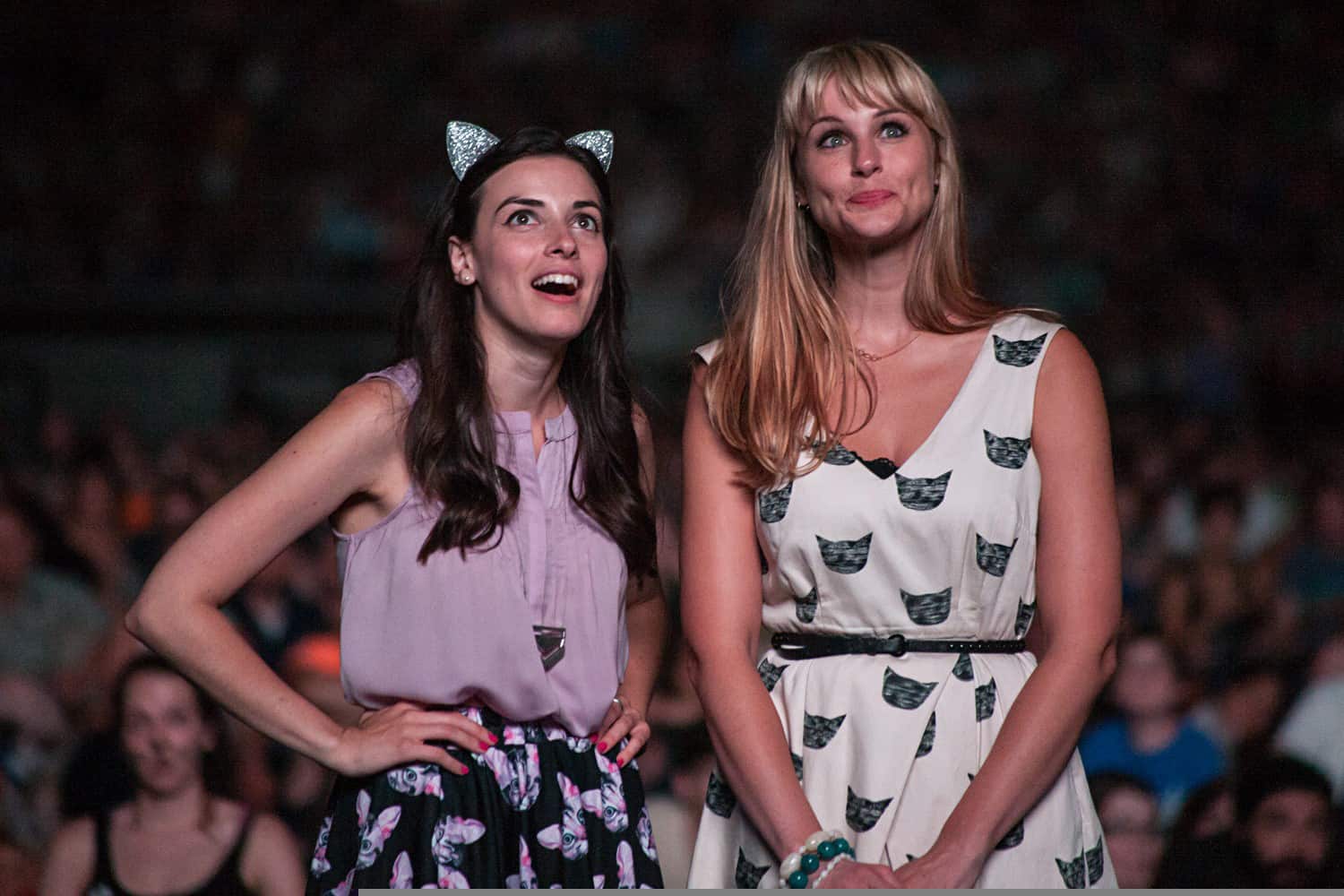 It’s difficult to imagine a more 21st-century pastime—a 90-minute offline viewing of online cat videos at the Music Hall in Portsmouth.But on Friday, March 25th at the Music Hall in Portsmouth, New Hampshire, you can do just that. Curated by Will Braden, the creator of YouTube phenomenon Henri, le Chat Noir (aka the Existential Cat), the Internet Cat Video Festival provides a compilation of hundreds of cat videos, from short Vines to short films.

The instantly popular festival (@Catvidfest), brainchild of the Walker Art Center in Minneapolis, first erupted onto the scene in 2012 with an overwhelming 13,000 cat lovers in attendance. Now an internationally touring sensation, Catvidfest kicked off its fourth season on January 10th in Gifu, Japan, which is one of 17 stops planned across the world in 2016.

Festival director Scott Stulen said in a 2013 interview, “At first it was a bit of novelty with the Walker hosting a festival featuring the perceived ‘low’ art of Internet cat videos. But over the last year there has been a curious embrace of the content by both the mainstream media and even the art world. Internet cat ‘stars’ have become brands selling everything from books to iced coffee drinks … So perhaps this story has caught on because it’s very adaptable and relatable to people’s lives. Not just with cats, but I think there is a trend towards experiences that feel real, genuine and create joy.”

A portion of the proceeds from Catvidfest are donated to animal welfare nonprofits.

Purchase tickets for Catvidfest at the Music Hall here.